The mansions that line the hills of San Francisco are known for their grand architecture, sturdy structure and intricate flourishing details laboriously executed by old world craftsmen.  Entrances were grand with their swirling staircases, rooms were large and airy and windows were expansive to capture the views over San Francisco Bay, Alcatraz Island and beyond.  Fanny Stevenson’s mansion had and has today, all of those attributes with one very special extra.  Ensconced in a tall arched window in the staircase is a circular stained glass picture of the ship, Hispaniola, riding the seas from Stevenson’s most famous novel, Treasure Island.  At 8,846 square feet, the mansion includes three levels with elevator, six bedrooms, seven baths, rooftop terrace and balcony walkouts on other levels.  Grounds are formally landscaped with patio and parking for four cars. 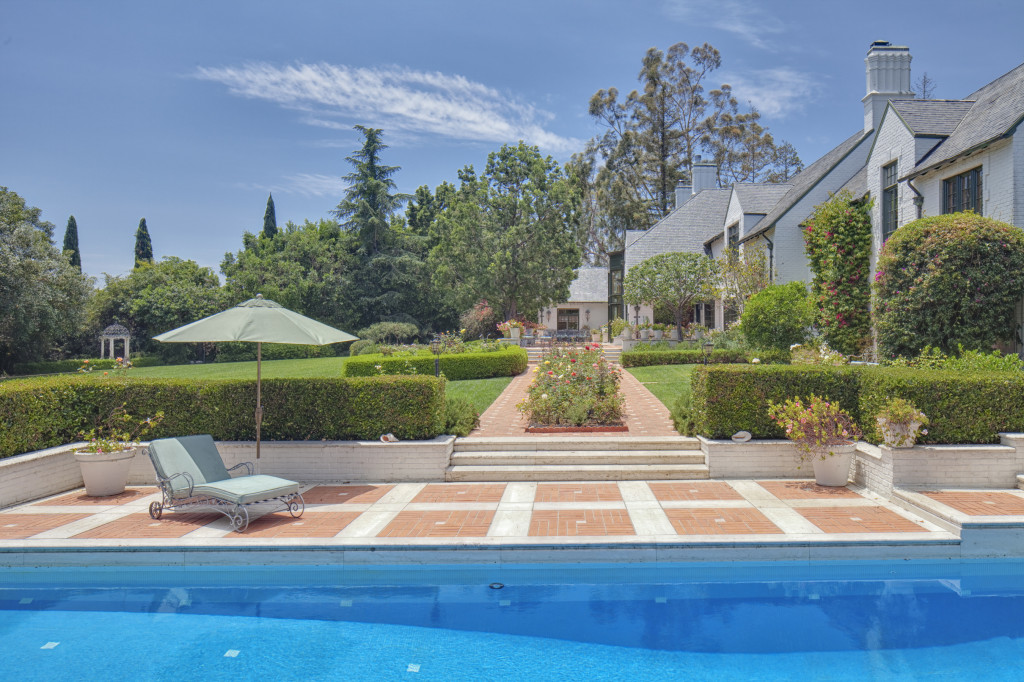 Veronique Peck, wife of Gregory Peck, five time Emmy nominee for best actor and winner for “To Kill A Mockingbird,” also lived on Mapleton Drive in this large French Chateau-style home on 1.3 acres.  It was a home she bought after her husband’s death.  On South Mapleton, it is located halfway between the former Spelling mansion and the Playboy mansion.  At 9,182 square feet, the 1932 home has seven bedrooms and nine bathrooms and large formal rooms with glass walls and French doors opening to terraces and the privacy of lush landscaping.  Family room, guest suite, two maids rooms, chef’s kitchen and breakfast room are on the main level with family bedrooms on the second level.  The large outdoor swimming pool and its setting is reminiscent of the glamour of Old Hollywood, often seen in films. 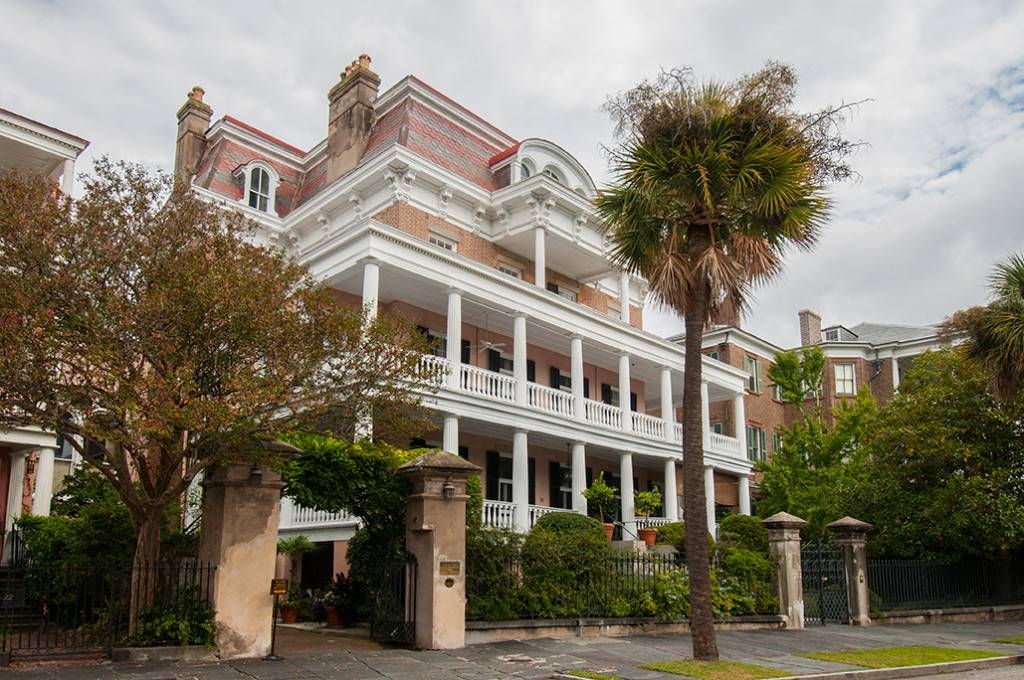 The historic mansion where the movie “North and South” was filmed starring Patrick Swayze in 1985, is now for sale.  Filled with history and lore, from its verandas are views over Charleston Harbor of Fort Sumter, Castle Pinckney and the Sullivan Island Lighthouse.  Built in 1843, the 15,669 square foot mansion has a total of 17 bedrooms and 18 baths.  The main house has large halls and even larger rooms and a spiral staircase that winds its way to all four floors.  There are eight original fireplaces and the parquet floors are also original to the home.  The former carriage house has been turned into The Battery Carriage House Inn with eleven guest rooms, each with its own private entrance.  This home’s ballroom hosted the Charleston Preservation-Historical Society, which was the first preservation organization in the country.  A large garden separates the main house from the Inn. 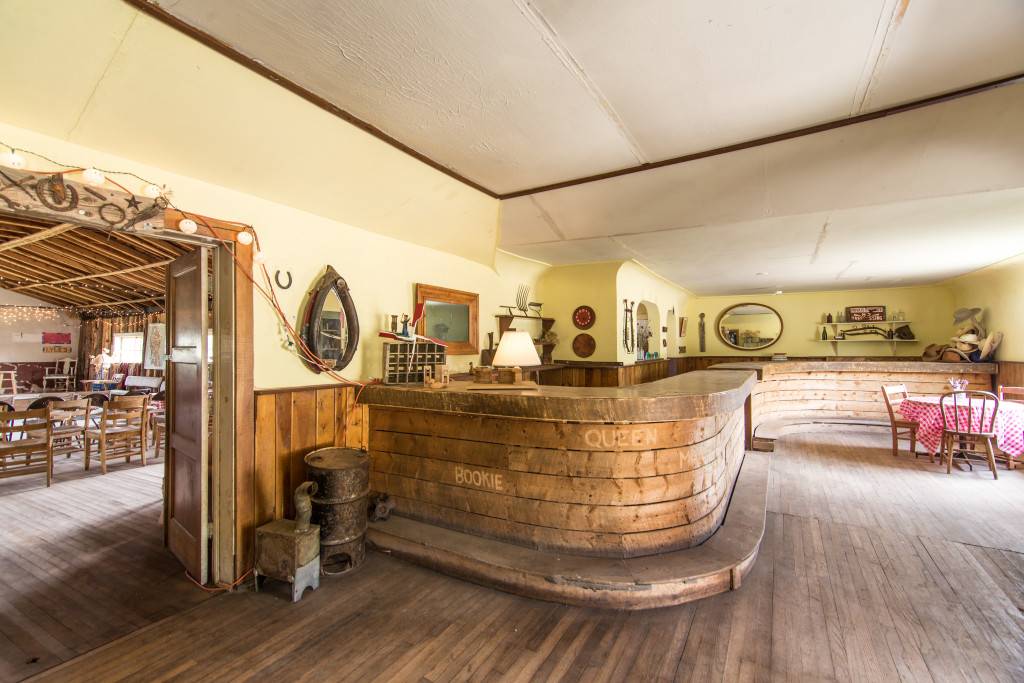 Today Uptop has been recognized by the National Historical Society after being restored by two sisters, both in their 60s, who left their professions in Boston to bring the town back to life.  The “ghost town” on 250 acres of land contains the home, guest cabin, dance hall-saloon, train depot - now a museum, and the chapel with views of the Sangre de Cristo Mountains in the southern Rockies. 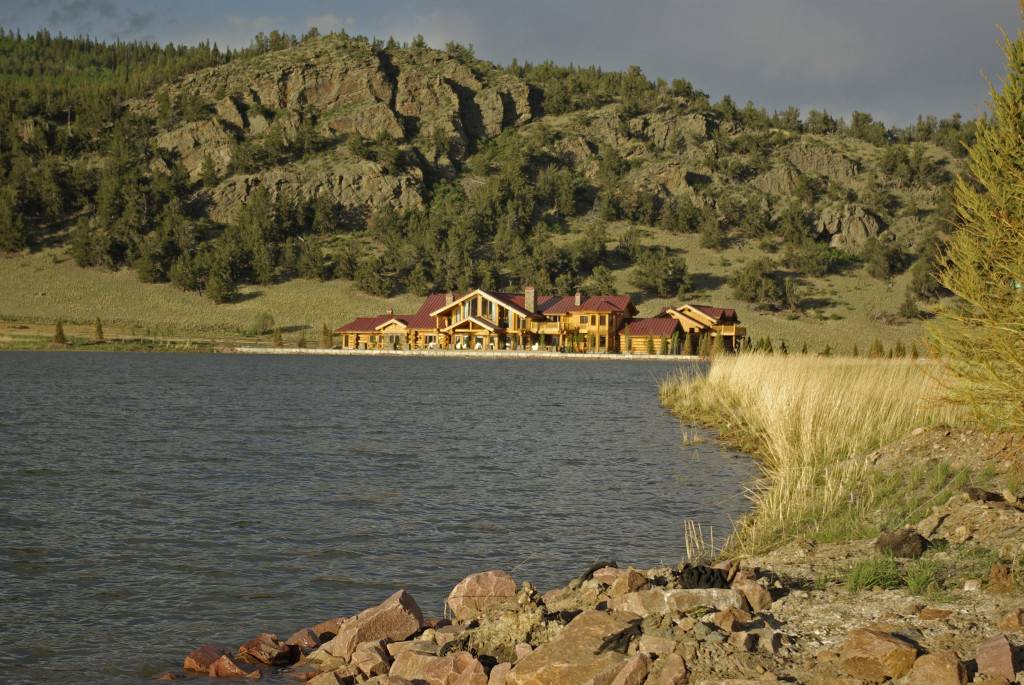 Built in British Columbia of massive white cedar logs, the lodge was shipped to the ranch and reconstructed on Horseshoe Lake.  Even with the exotic marbles, granites, onyx chandeliers, persian carpets and leather furnishings, the home maintains the log cabin ambiance throughout - a perfect blend in the creation of elegant rusticity.  The great room’s unusual fireplace surround depicts area wildlife reminiscent of cave drawings.  Other features include a western bar and pool table, two master suites with fireplaces, one with copper soaking tub and an eight foot shower that uses dramatic black and gold large patterned marble for shower walls and counters.  The other master is a complete apartment on the second floor and there are three additional guest rooms.