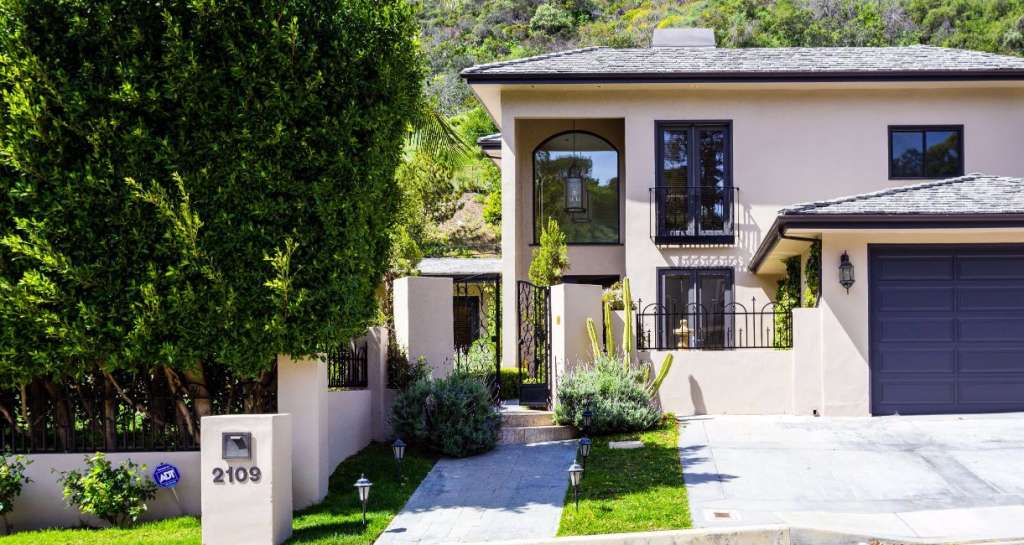 Black Sabbath, the legendary rock band founded by Ozzy Osbourne, Tony Iommi, Geezer Butler, and Bill Ward is one of rock music’s most influential groups and is often credited as the forefathers of the heavy metal genre. As the band has been out on its farewell tour, Black Sabbath’s bassist and lead lyricist Geezer Butler has also been preparing to say so long to one of his homes.

He recently put his Beverly Hills Post Office mansion on the market for $3,225,000. Located near San Ysidro Drive, the contemporary Mediterranean home is situated on a more than half an acre-sized lot. Five bedrooms, five bathrooms, a spacious living and family room, a kitchen with its own breakfast area, and a dining area with access to a courtyard can be found throughout the two-story estate. The master suite, which is located upstairs, is accompanied by a fireplace, a his-and-hers walk-in closet, and a balcony with views of the yard, as well as a sitting area. The property also boasts a garage, a large backyard, a saltwater pool, and an outdoor dining area.

Black Sabbath’s final tour The End Tour will start its European leg in June and will have had made stops in North America, Australia, New Zealand, and Latin America by the time it concludes in December of this year. Black Sabbath was inducted into the UK Music Hall of Fame in 2005 and the Rock and Roll Hall of Fame in 2006.