Last month Lena Dunham joined a string of celebrities who have announced plans to move to Canada if Donald Trump wins the presidency. “I know a lot of people have been threatening to do this,” the Girls creator said, “but I really will. I know a lovely little place in Vancouver.”

Yes, sanctity is to be found in beautiful Vancouver, the coastal city wedged between the mountains and the ocean, known for its mild winters and laid-back vibe; its abundance of yoga pants and hemp milk lattes; and its even greater abundance of cash-rich investors, who flock to snap up glass-rich condos––the latest of which, as it happens, is the Trump International Hotel and Tower Vancouver.

Developed by Holborn Group and Malaysia’s TA Global Bhd, the titanic Trump-branded tower will be Vancouver’s second tallest at 616 feet and it will include 147 hotel rooms and 217 residences, a spa by Ivanka, a Michelin-starred restaurant, and a host of other services catering to well-heeled residents: a champagne lounge, chauffeured Rolls Royce car service, private jet tours by London Air. 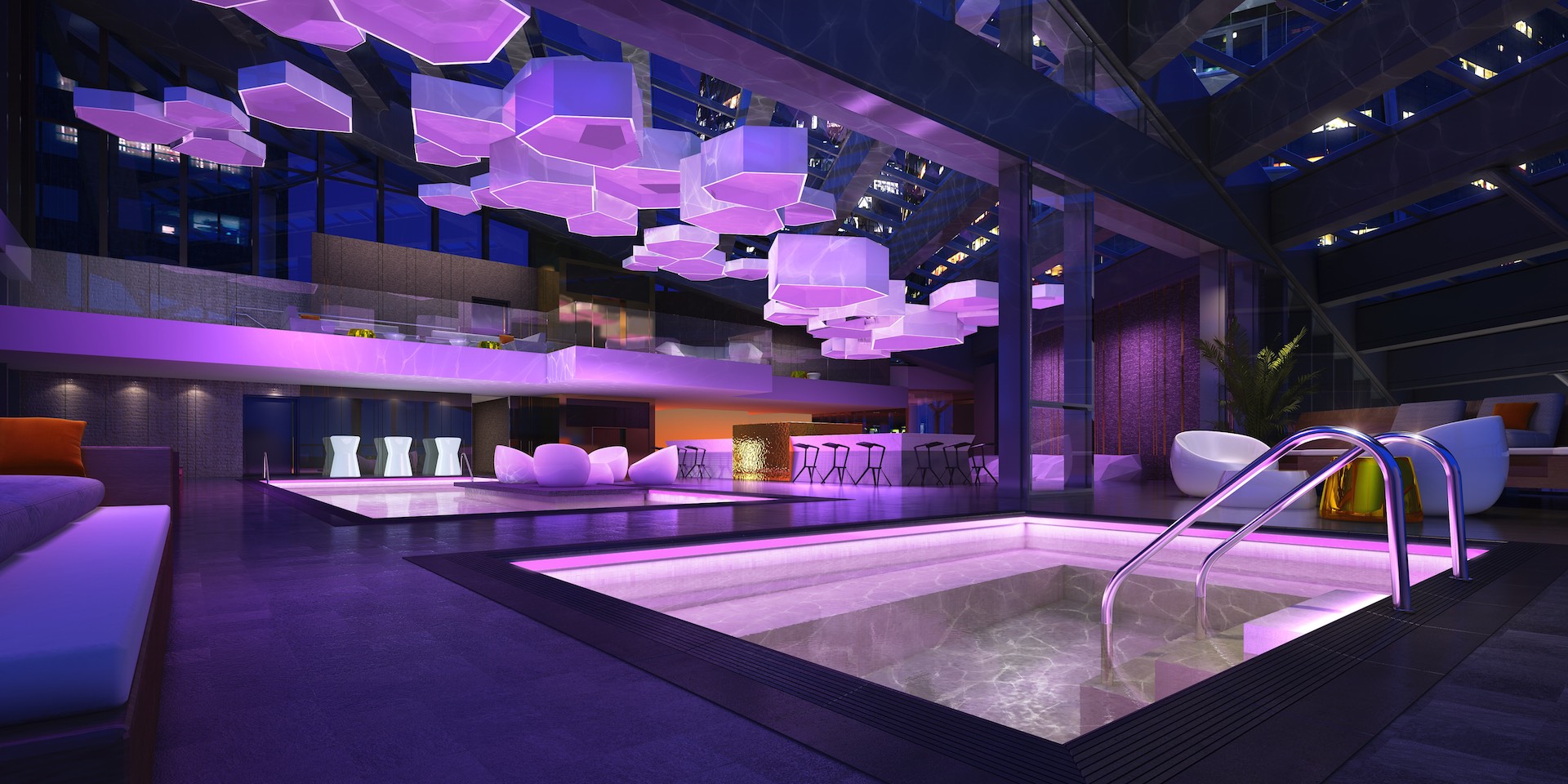 The pool at Trump Vancouver

As the tower has neared completion, the namesake’s political bravado has not gone unnoticed. Vancouver city councilors were incensed following Donald Trump’s anti-Mexican and anti-Muslim remarks. The tower, they argued, was an affront to everything Vancouver is supposed to stand for. Former Vancouver city planner Brent Toderian tweeted that the developers should remove Trump's name from the building, a sentiment shared by 56 percent of Canadians, according to a poll by the Angus Reid Institute.

Yet sales at the new tower would indicate otherwise. Since the project was announced, residences at Trump Vancouver have sold at a higher price-per-square-foot than any other property in Canada, averaging $1,610 per square foot. The current 214 units are sold out and the sub-penthouse closed for $6.74 million. Three exclusive top-floor penthouses will go on the market early next year.

The triangular tower, which was designed by the late Arthur Erickson, features a twisting profile intended to maximize the window exposures, offering residents views of the North Shore and beyond. The apartments are available in "Ivanka" and "Bianca" color schemes (essentially a dark and a light scheme), and they come with sleek fixtures from Gessi and Gaggenau; kitchens by Antonio Citterio; and custom Creson home automation systems to control motorized blinds, temperature, lighting, and home security. 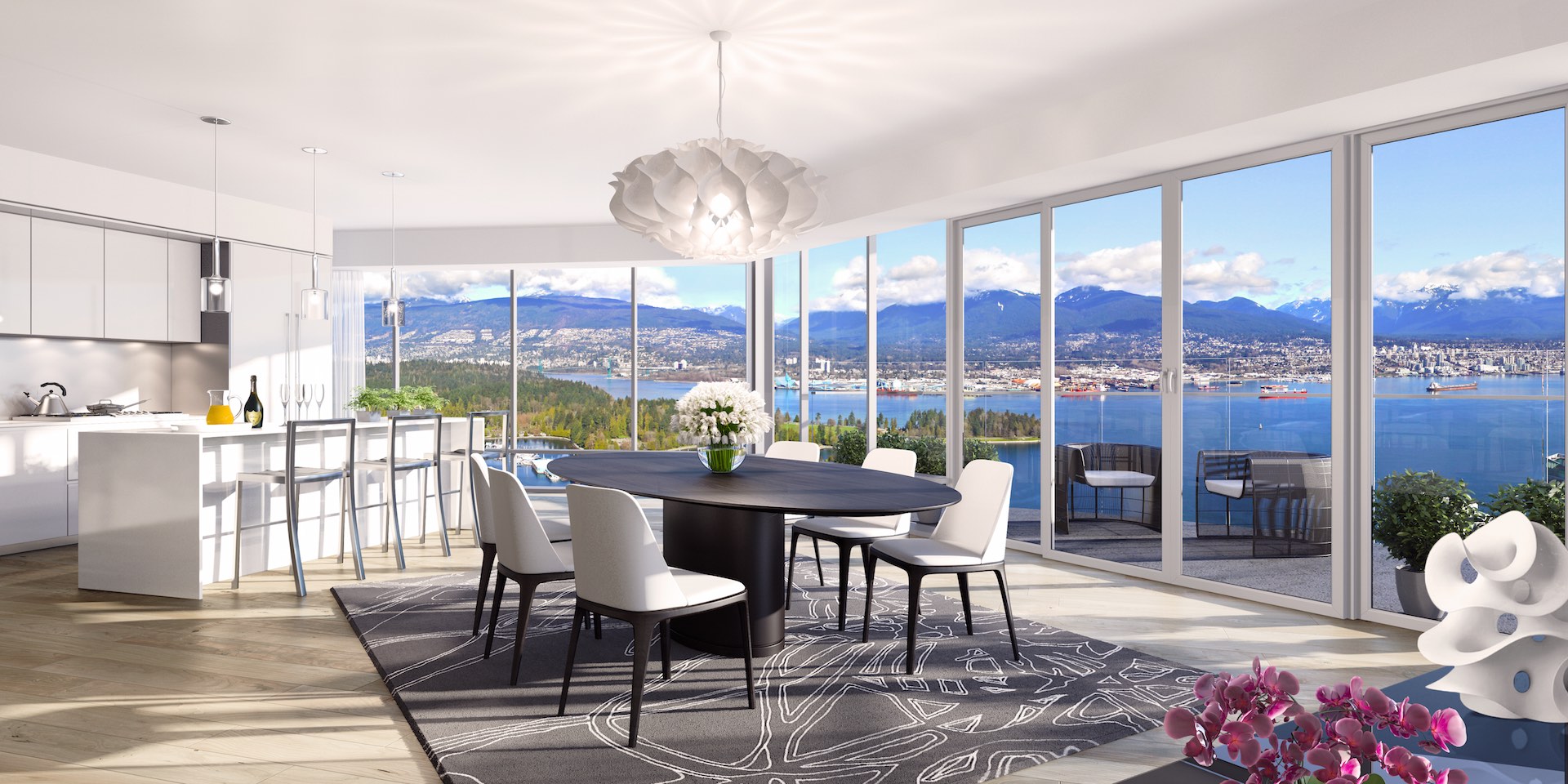 Residences are designed to maximize ocean and mountain views

The tower is located on West Georgia Street in Coal Harbour, an upscale neighborhood along the Burrard Inlet where condos have a reputation for sitting empty. But Joo Kim Tiah, principal at Holborn Group, says the majority of apartment sales have been to Canadian buyers. “Ninety percent of the unit buyers were locals that provided either a Canadian passport or a permanent resident card,” he said, adding that the majority of investors have indicated they plan to live in their apartments. 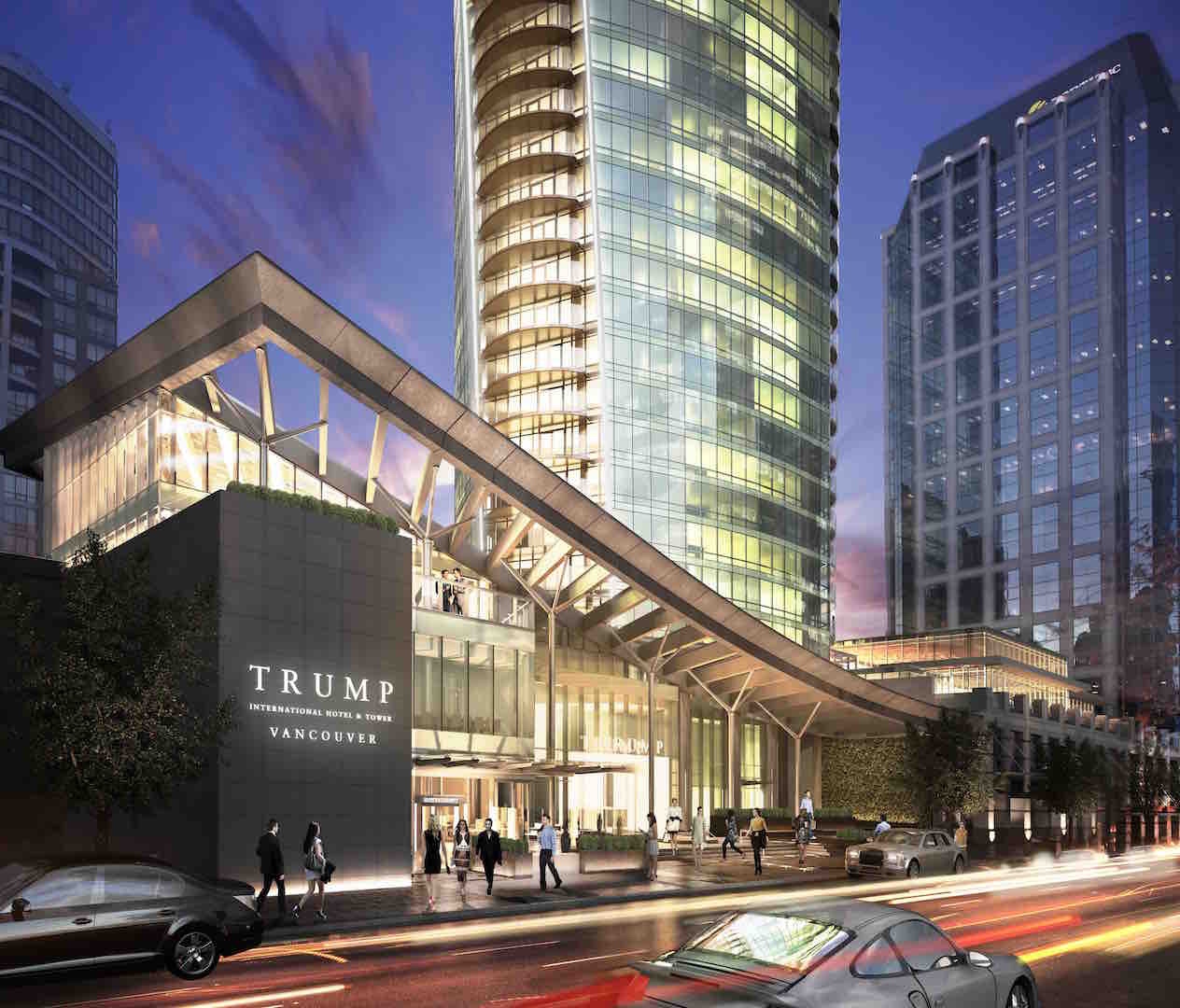 The tower is located on West Georgia Street in Coal Harbour

In recent months, controversy has been mounting over skyrocketing real estate prices in Vancouver, as an increasing number of wealthy overseas investors take advantage of low interest rates coupled with a low Canadian dollar. Vancouver prices rose 2.2 percent in April from March, marking the strongest April since 2008, according to the Teranet-National Bank Home Price Index. Vancouver’s annual price gains were nearly 20 percent.

But demand from foreign buyers is only part of the equation. The mountains and ocean that surround the city keep supply in check, and Vancouver’s enviable lifestyle means people want to live there despite rising costs. “Vancouver has long been regarded as a top city for livability and quality of life,” says Donald Trump Jr., executive vice president of The Trump Organization. “Trump Vancouver will embody the incredible urban environment and hospitality.” And for now, Trump's name remains firmly embossed.