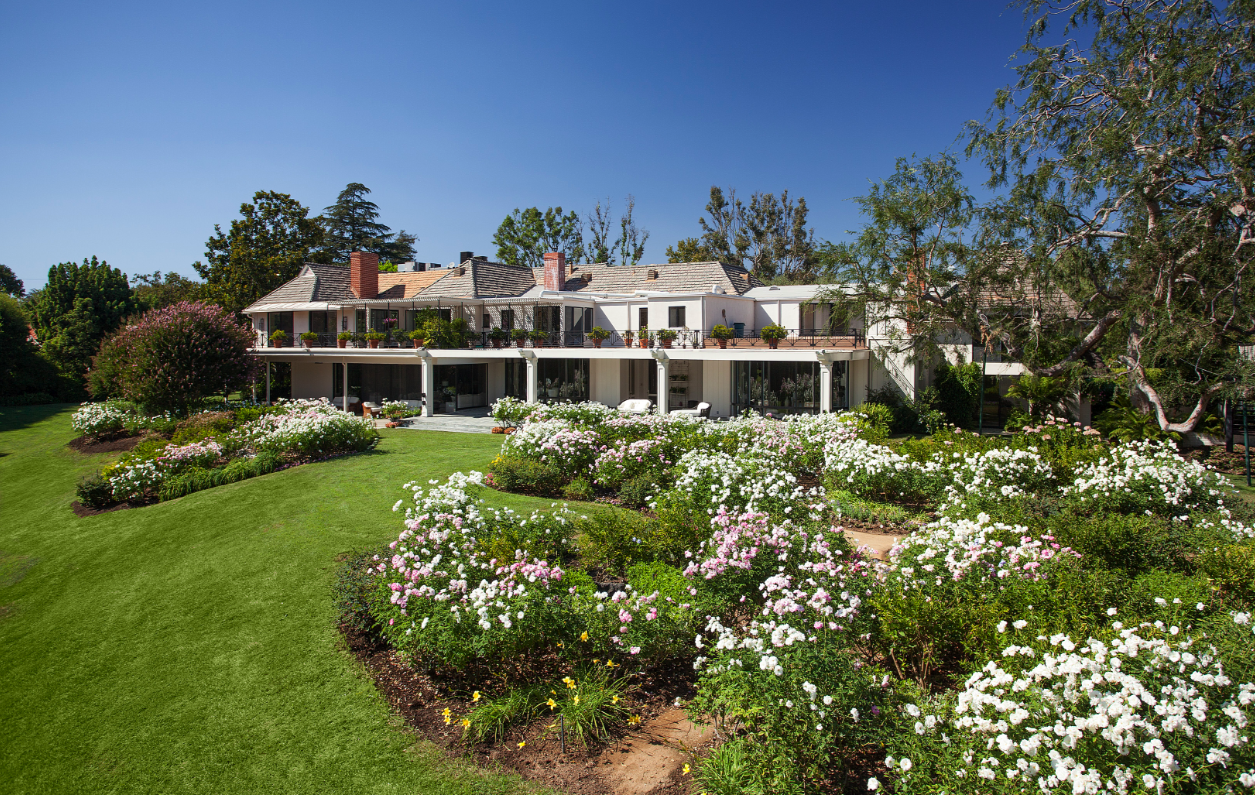 Opposites do attract, sometimes in strange ways.  An interesting example is comparing Dolores and Bob Hope’s choices in home design.  From their elegant Old Hollywood-styled estate in Toluca Lake, California, they took a 180-degree swing in taste when they designed their Palm Springs volcano house in 1973.  Bob and Dolores were married for 69 years - rare for any couple but especially rare for entertainment celebrities.  Bob died in 2003 at the age of 100 and Dolores died in 2011 at the age of 102. Though a comedian for a former generation’s taste and with film roles bordering on the much appreciated slapstick of the day, when looking back on his best quotes, it’s apparent that the fruit of his imagination was timeless.  Bob Hope was a rare multi-talented individual who excelled as a comedian, actor, singer, dancer, author, and athlete.  He will never be forgotten for his annual tours taking entertainment to the troops around the world. 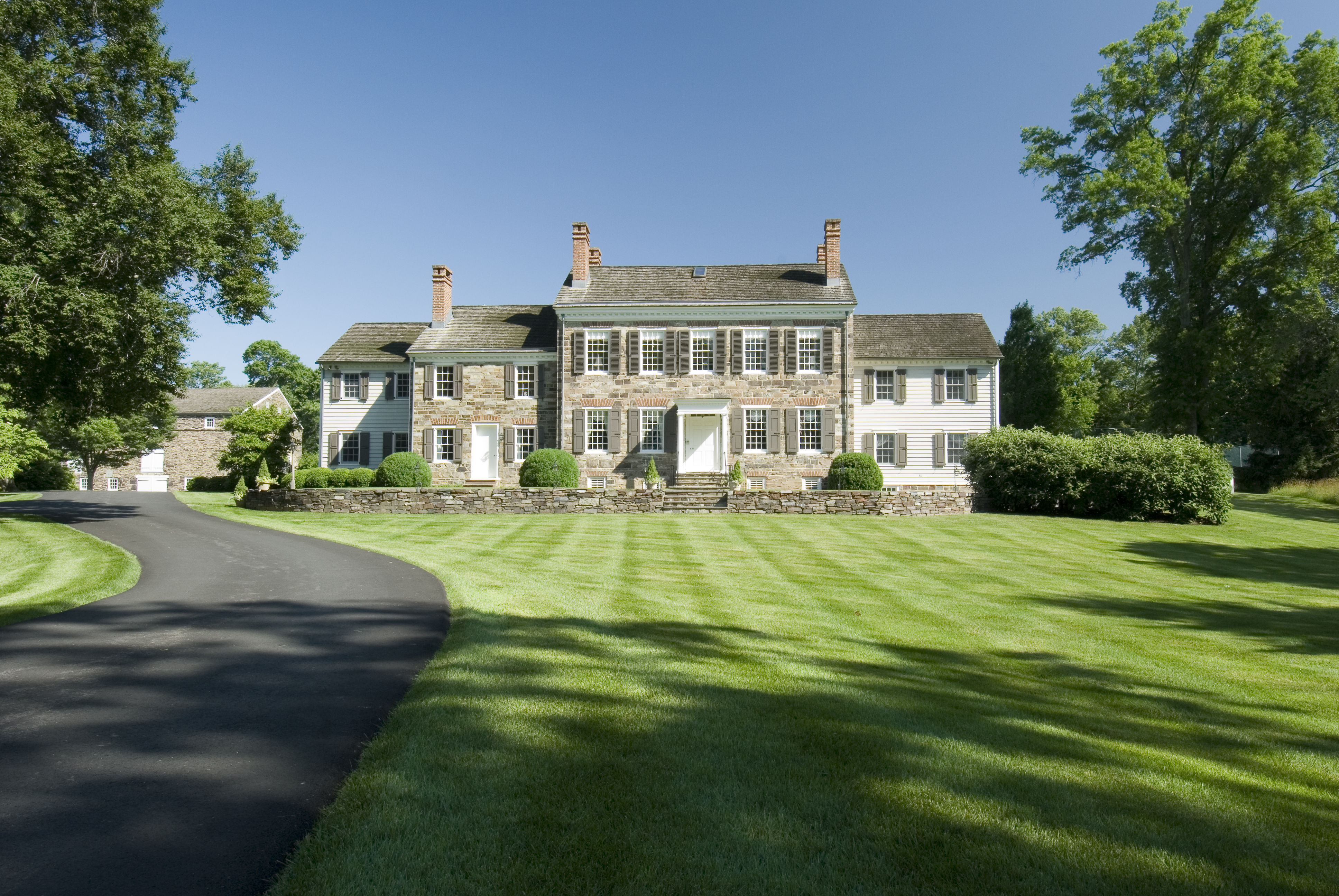 Sometimes the history of the home is the best part.  Then again, sometimes the house is by itself.  In the case of Tusculum mansion, those two aspects display in perfect balance.  It’s hard to imagine that signer of the Declaration of Independence, John Witherspoon lived here when the house consisted of only the main center section.  In 1773, Princeton built the house to lure Witherspoon into becoming president of the University.  The original build consisted of 5,000 square feet and had a study, kitchen, drawing room, parlor and two bedrooms.   The mansion was named Tusculum (“wisp of incense”) after the country house of the Roman orator, Cicero.  Princeton’s plan was a good one and Witherspoon became their sixth president.  In 1830, a wing was added and in later years other residents added  another two wings.

Much modernized since the days of Witherspoon, the 9,235 square foot, five bedroom, six bath home still retains its historical details.  It consists of the main residence, huge stone embankment barn, caretaker's cottage, and numerous farm out-buildings dating from the 18th-20th century. All buildings have been recently repaired, restored or rebuilt. Tusculum retains its historic farm context but serves as a residence for luxurious modern living. Its main house and barn readily accommodate entertaining on a large scale. The wine cellar holds 2,000 bottles and is entered through a special tasting room. 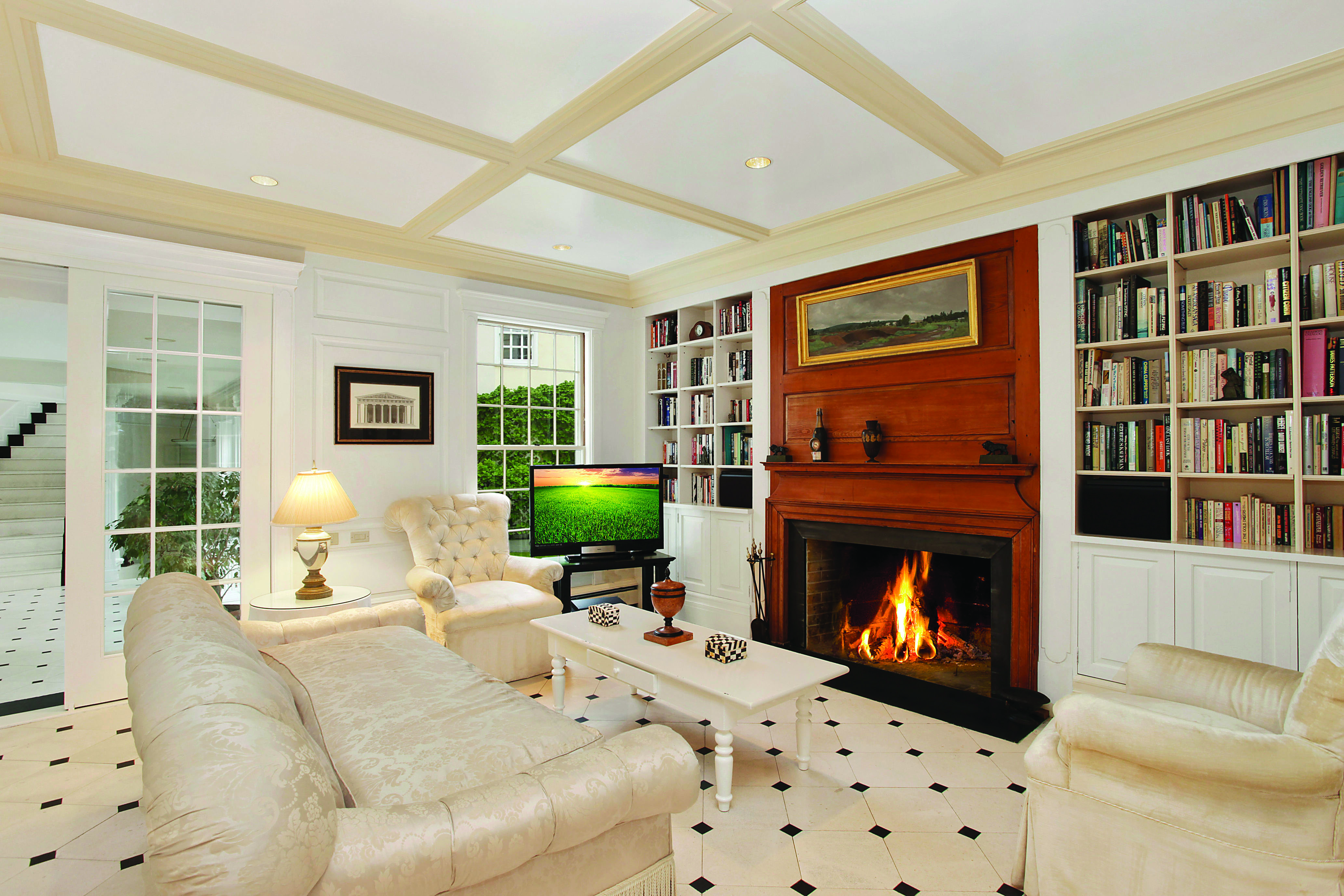 Whether it’s referred to as the “Hilton of the Hamptons” or as the “Palace of the Stars,” this Hamptons estate plays host to all the A-listers.  Name most any celebrity and they’ve been there.  One of the main reasons is the 110-seat screening room designed to duplicate the Ziegfeld Theatre.  Film premieres draw Hollywood and New York celebrities like bees to honey and it is also used for photo and movie shoots.  Between these and celebrity rentals, part owner Bob Felner has said it acts “literally, like an ATM machine.”  Some former renters have included Madonna, Warren Beatty, Kevin Costner and Sandra Bullock.

The property is on five and a half acres on a Georgica Pond inlet with a flowing creek through the property for boat access to the pond.  The 19,000 square foot main house has eight bedrooms, twelve bathrooms, an indoor wave pool and spa, outdoor pool, a walk-out lower entertainment level and tennis court.  There is a cottage on the property that is also a celebrity rental. 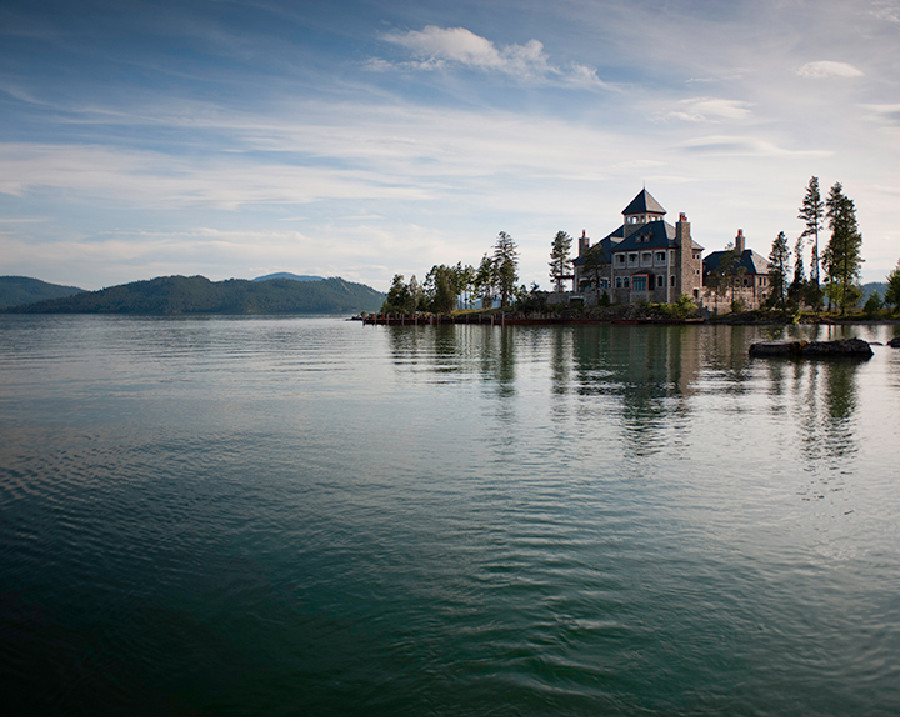 Named Whispering Rock, it is situated on its own 24-acre island.  Don’t worry about any inconvenience in getting there since the owner will also have eight acres on the mainland and can leave there in their boat and arrive inside the main house or boat house via computerized rail without ever leaving the boat or stepping on a dock.  Almost more interesting than the home is the engineering used to assure the island never feels like an island.  Though this is currently a three building, 44,000 square foot compound, there is power and other utilities that will support an additional three compounds.  The entire island is improved with clay shooting range and jogging trails.  Only the best materials were used in the construction of the 44,000 square feet of the compound’s structures which include hewn stone, copper, and other natural materials and appears to have stood for centuries. Exterior details include lichen-covered native Montana Chief Cliff stone, trims of custom copper and Indiana Limestone blue/black Virginia slate roofs.  Due to its positioning on the out-jutting point of the island, the main home has some of the world’s most beautiful views. 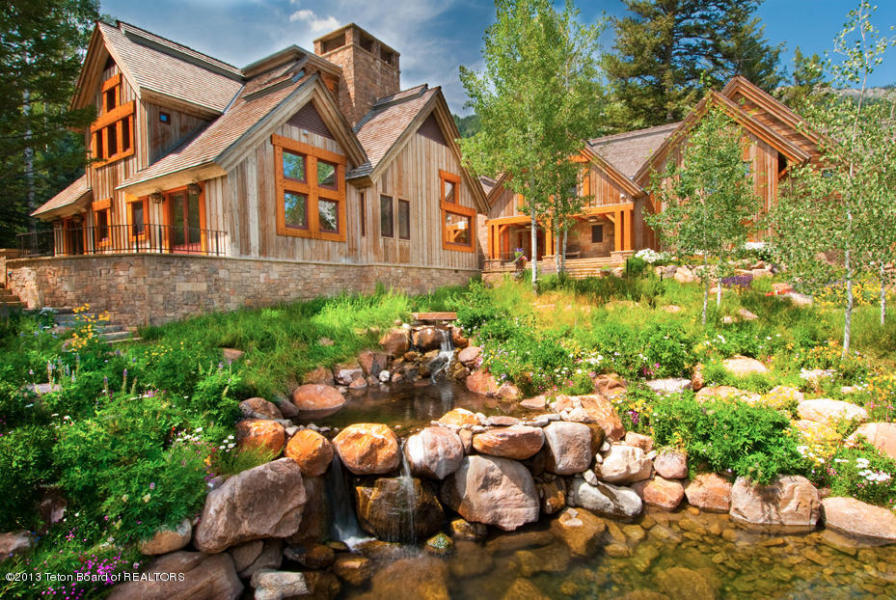 Christy Walton is selling her 2.5 acre Jackson Hole, Wyoming vacation home and we get to see what it’s like to vacation like the wealthiest woman in the world.  Set in a nature wonderland, the 8,606 square foot home with its six bedrooms and seven baths has a lot going for it.  The floors are 200-year-old reclaimed oak, the windows are handcrafted by Albertine.  There is a two bedroom summer guest house nestled within the landscaped grounds, a three-car heated garage and two working fireplaces in the main house.  The property comes with a sauna, gym, game room and walls of glass to view wildlife and the surrounding mountains from almost every room.  According to the photographs and the agent’s apt description, “Ellen Creek meanders through the grounds, past abundant wildflowers, against the panoramic backdrop, creating small ponds and waterways.”