The Pottery House in Santa Fe, a spheroid design, was the only adobe house Frank Lloyd Wright ever designed.   He started the design for El Paso newspaperman Lloyd Burlingham in 1942, but was not able to finish the project before he died in 1959.  Developer Charles Klotsche saw the unfinished plans at Wright’s Taliesin Architects and had them update the design and increased the original 2,400 square foot plan to 4,900 square feet.

The interior has five bedrooms, four baths, hardwood ceilings and barrel-shaped fireplaces, as well as a large great room, a sitting room and kitchen. A strong organic feeling pervades the property, emphasizing man’s connection with nature as was frequently evident in Wright’s designs. 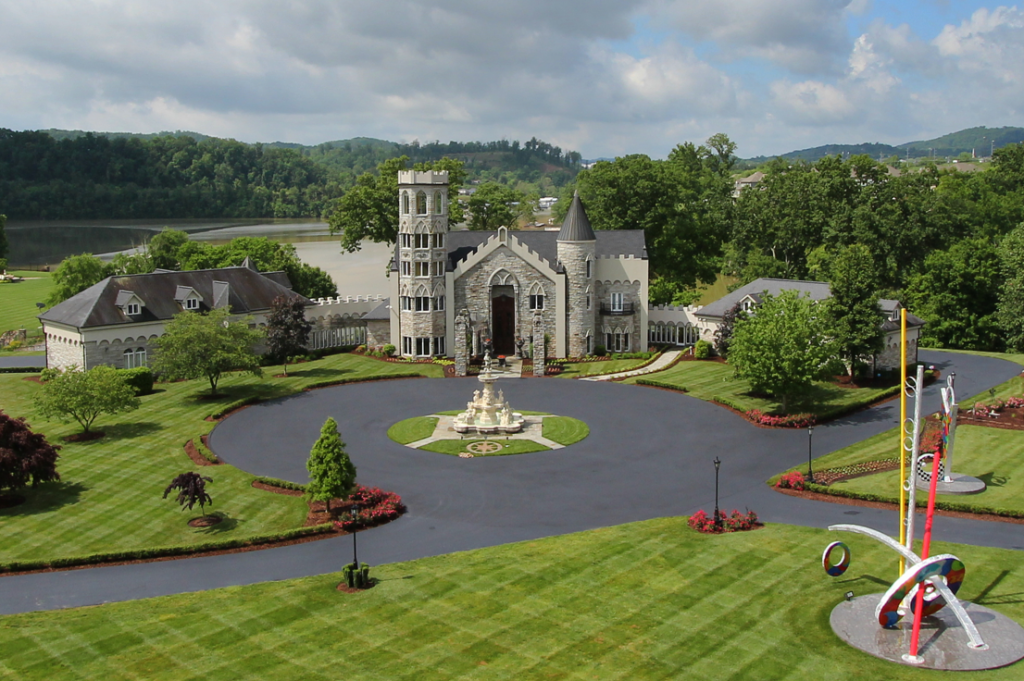 Tennessee’s Crantzdorf Castle, a replica of Palacio de la Magdalena in Santander, Spain, and built by imported European craftsmen, is more than just another man cave for good old boys. It also sports a one-sixteenth scale version of the nearby Bristol Motor Speedway, making the property a study in contrasts.  The castle was built by auto dealership owner, Steve Grindstaff, over a ten-year period, who apparently was torn between aspirations of grandeur and his deep seated affection for the backwoods bootlegging background of NASCAR - each 180 degrees opposite of the other.  Another point of contrasting interest is its location in Johnson City where the 2010 Census listed the median income at $37,047 and median house value at $37,047. 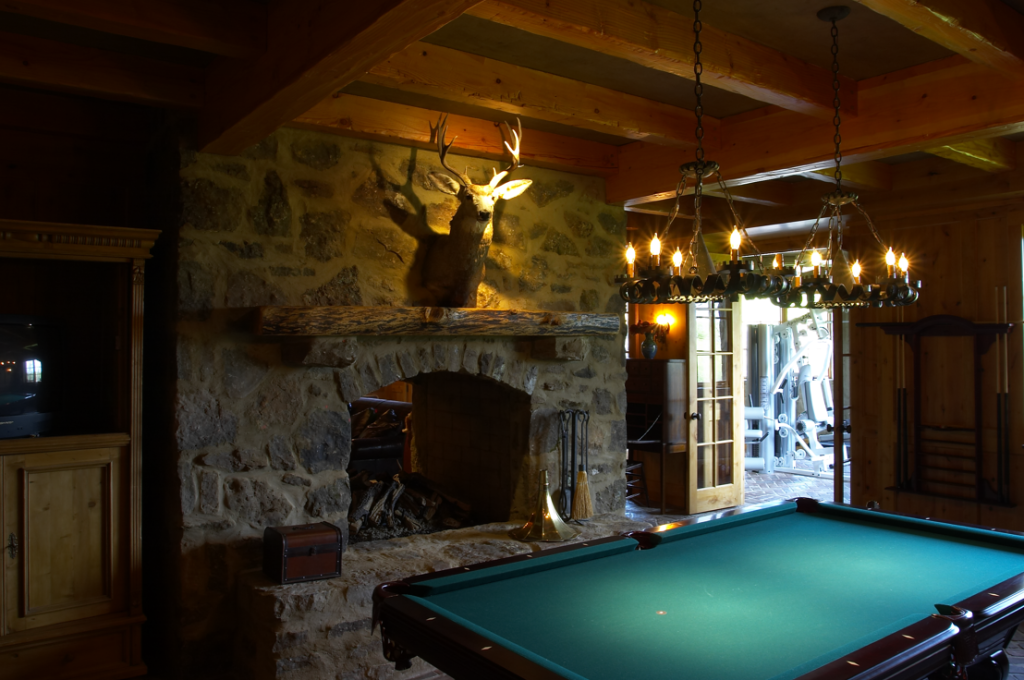 The grounds contain a greenhouse imported from England, equestrian facilities, riding trails and a hay field with a stocked fishing pond.  When not playing or watching hoops, basketball fans and non-fans can enjoy the home’s billiards room, wet bar, fitness center and infinity-edged pool. The home and court were featured in an ESPN documentary, There’s No Place Like Home.

Included in the 10,000 square foot Kansas mansion are the 16th-century furnishings and a replica  Jayhawks basketball court.  Was listed at $5 million.  Bids start $500,000. 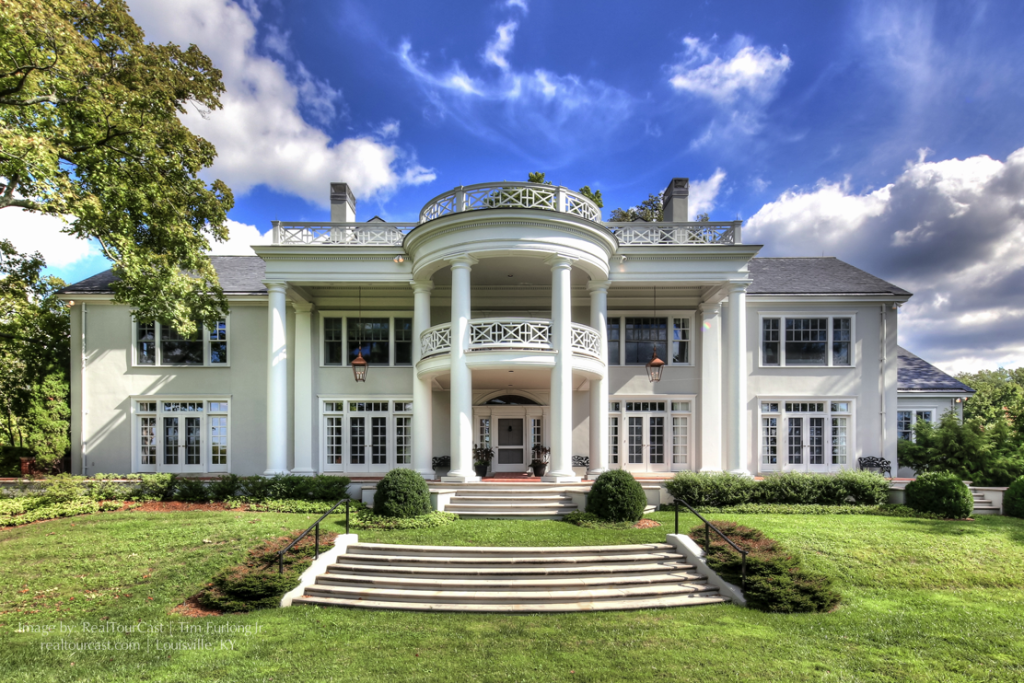 For sale for the first time since it was built,The Avish, the original Brown family manor, is named after the family’s ancestral home in Ireland and was built in 1925 for the grandfather, Owsley Brown.  It sits on 24 acres and is listed on the National Register of Historic Places.  After twentieth-century additions, the mansion now measures more than 17,695 square feet with six bedrooms and eight bathrooms. The estate also contains a barn, garden house, greenhouses, and a two bedroom guest house. The Avish is surrounded by several other estates owned by Brown family members.

The estate that Bourbon built is now offered for the first time at $5.5 million. 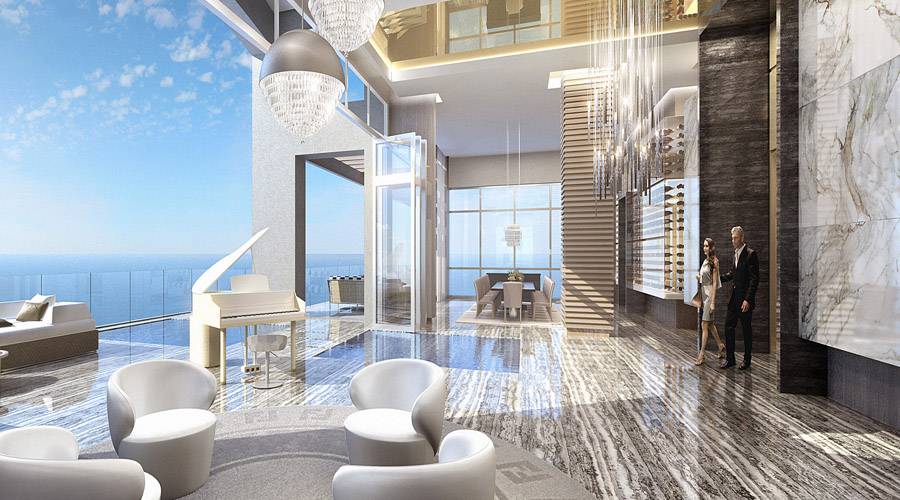 They Call It the "The World's Finest Penthouse!"

The mansions contain 79 luxury condos furnished from the top of its 47 stories to its toes by Fendi Casa.  As of the beginning of September 2013, the building is 80% sold.  The pièce de résistance, however, is the Palazzo d'Oro penthouse.  At a total living area of 11,069 square feet including terraces, the two-story “Gold Palace” has a grand salon, family room, five bedrooms, eight bathrooms, dining room, cantilevered glass-walled swimming pool overlooking the Atlantic, spa, eat-in kitchen, summer kitchen, utility room and pantry-storage room.  It also has a large see-through glass wine room, a theater, private elevator, round glass elevator between floors, billiard room,  an indoor pool, a “sky garden” with 30-foot ceilings, a 25-foot waterfall, and a live green wall.