Soccer Fans, Feast Your Eyes On These Luxury Properties

With the start of the Russia 2018 World Cup, everyone is boning up on their soccer knowledge. Some of you may even be taking to the pitch to see if you can smash a penalty kick as well as you did in grade school. Or maybe you are trying to pass your soccer skills off to your children, given that soccer is the second most popular youth sport in the U.S. Either way, developers are honing in on this, giving residents of every age the opportunity to perfect their game without leaving the comfort of their home. Here are some of the hottest luxury developments for the soccer star in all of us. 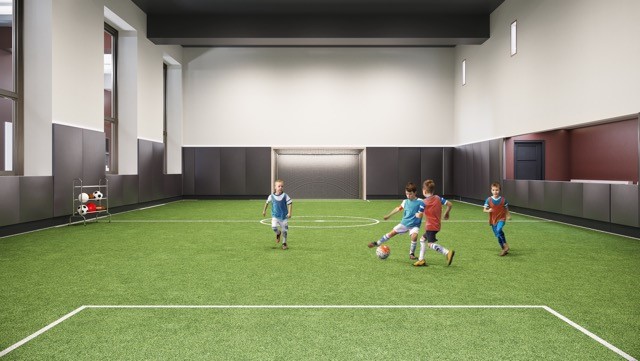 If you want to field a full team, look no further than Waterline Square. The three-tower development along the Hudson River boasts a large indoor soccer field. After you kick the ball around you can cool off in Waterline’s 25-meter, 3-lane lap pool or relax in the hot tub. Strain a muscle while playing? Arrange to have a masseuse take care of it in one of Waterline’s massage rooms, or work it out yourself in the sauna or steam room. If you’re not up for soccer, Waterline also offers tennis, basketball, and squash courts, a rock climbing wall, golf simulator, skate park and yoga studio; enough to accommodate the most active of lifestyles.

This Upper East Side condominium by DDG offers residents of its 48 units the opportunity to practice their skills year round with a partial indoor basketball court and adjacent soccer pitch. The facility features soaring double-height ceilings and an abundance of natural light. Other amenities include a wine room, children’s playroom, game room, residents’ lounge and a fitness studio. 180 East 88th Street is slated for completion later this year. 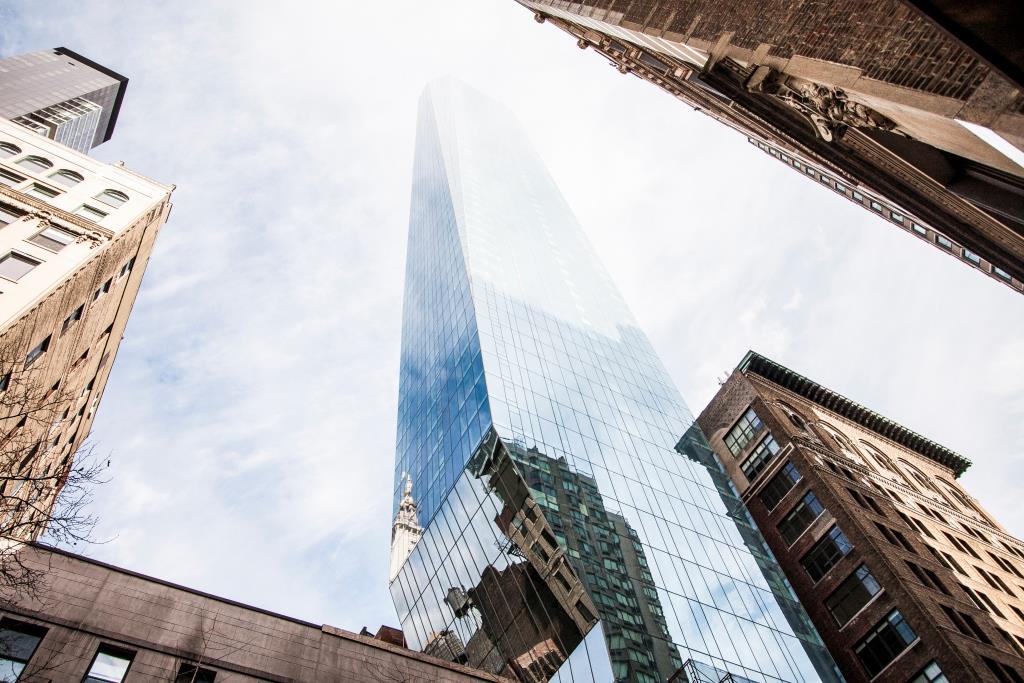 Want the thrill of playing soccer without all that running? The 65-story Madison Square Park Tower has a ‘Simulator Room’ featuring an HD screen that spans an entire wall. Residents can virtually play any sport they wish, including the European version of football. The tower is located at 45 East 22nd Street, with units ranging in price from $2.5 million for a one-bedroom to $48 million for a penthouse. 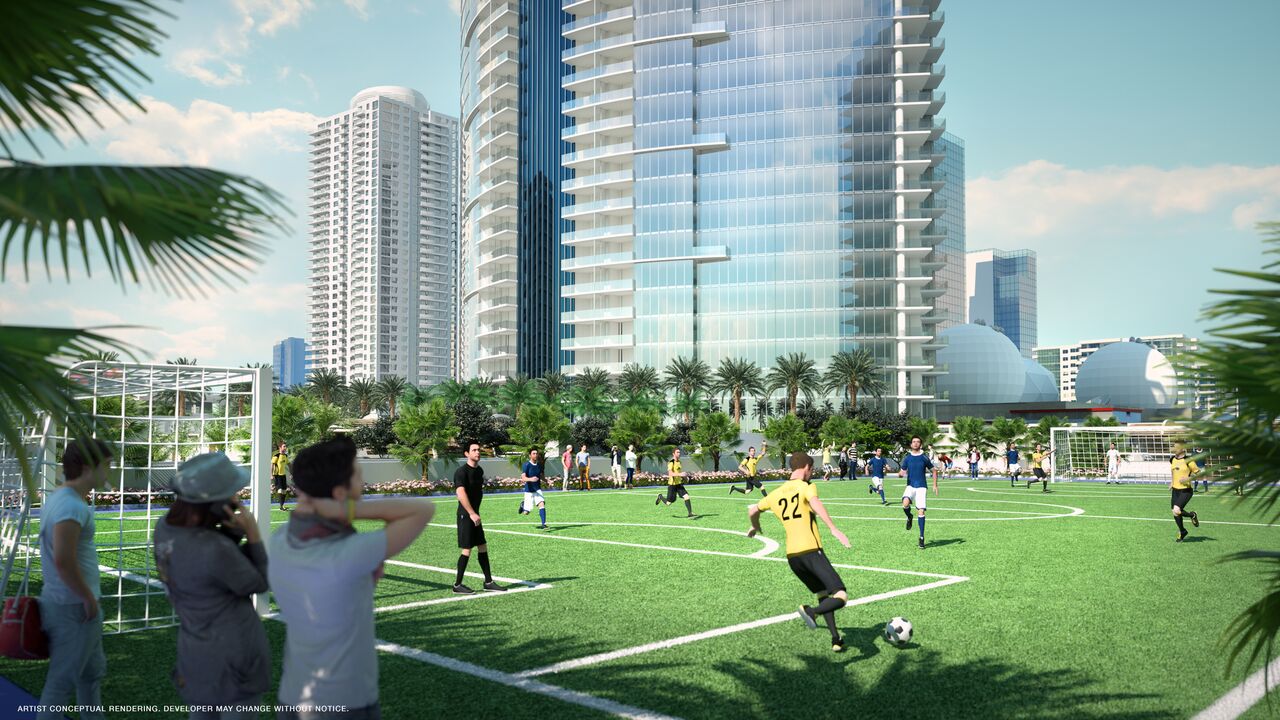 Heading south to Miami, you’ll find this indoor regulation-size soccer field atop the four-acre outdoor deck of Paramount Miami Worldcenter – the signature residential tower of Miami Worldcenter, a massive $2-billion dollar project being developed by Dan Kodsi, Art Falcone and Nitin Motwani. Of course, a soccer field is only one of the endless number of amenities at Paramount, which promises to create a “city within a city” upon its completion. The Miami Worldcenter development will feature a retail component, office tower and convention center and two residential towers with relaxation, entertainment and fitness centers, food markets, skydeck access and a whole lot more.

The next best thing to living at a place with a soccer field? How about sharing an address with a professional soccer star. Future residents of Missoni Baia in Miami’s rapidly growing Edgewater neighborhood can make that claim. Miguel Borja, the 2016 South America “Footballer of the Year,” scored a condominium in the under construction tower earlier this year. Missoni Baia features valet parking, a hair and nail salon, game room, fitness center, spa and a sun deck with an Olympic-size pool, among other perks. You can watch Borja this summer as he tries to help the Colombian national team win the World Cup.