Actor-producer Michael Douglas is known for his film Romancing the Stone. Now, he's romancing the home.

After a trial separation from his wife of 14 years, actress Catherine Zeta-Jones, the Oscar-winning Hollywood couple recently reunited by swapping their Bedford, NY mansion for a more prestigious estate twice the size, yet only three miles away. 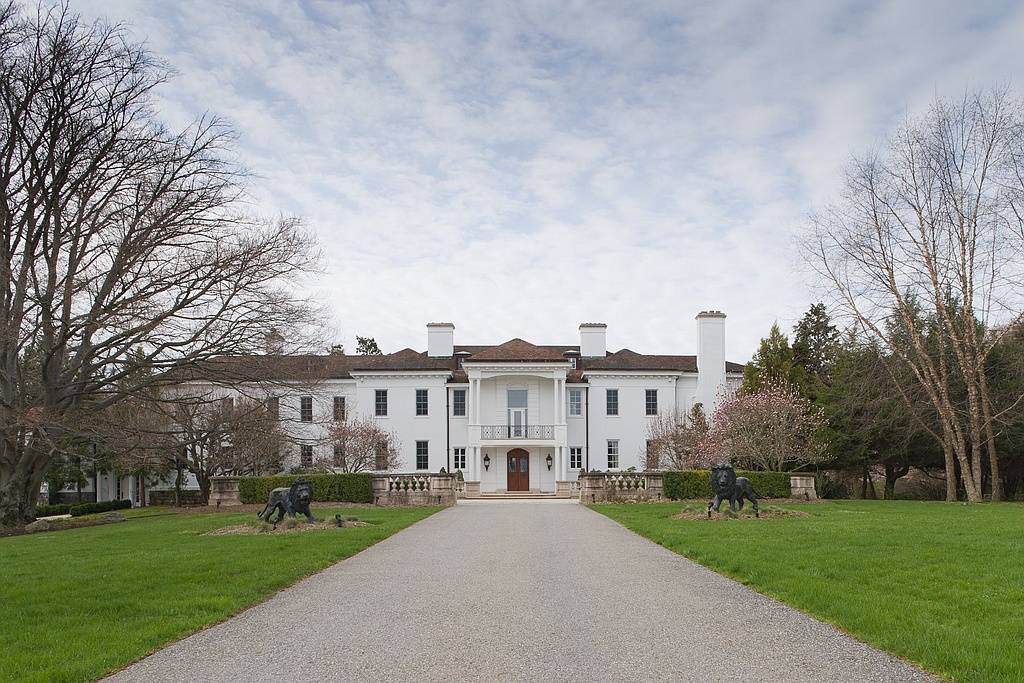 Lionswalk, a 19th century colonial estate on 13 acres, was purchased by Hollywood royalty Michael Douglas and Catherine Zeta-Jones for $11.25 million. It even boasts equestrian facilities. 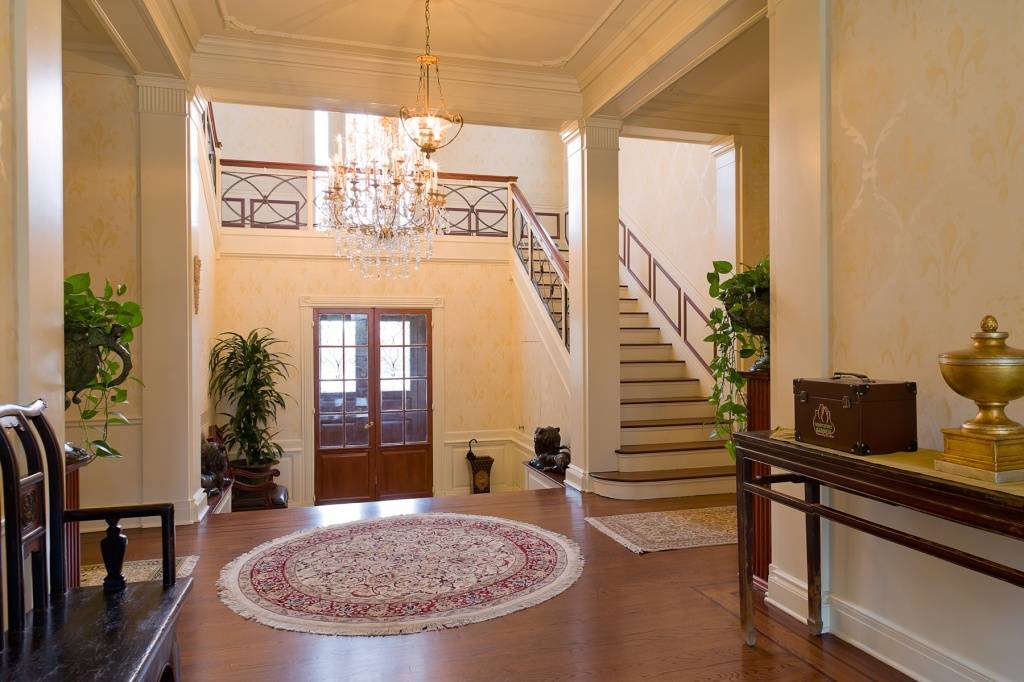 Although Douglas's new film, The Reach, was released by Lion's Gate, the couple's $11.25 million purchase of the 19th century colonial estate (called Lionswalk) is generating all the buzz. Their new residence—an 1895-built mansion named for the welcoming twin lion statues that flank the estate’s long driveway entrance--invites a fresh start for the successful duo. It also invites the usual media attention.

Newly renovated, Lionswalk is a 15,438-square-foot colonial featuring eight bedrooms, 13 half-baths, lush gardens, equestrian facilities, and a Lord and Burnham greenhouse on 13 acres of land. Most people make up over a phone call, dinner or two dozen roses, but Hollywood couples (at least Hollywood East) reunite in a bigger, more dramatic fashion. 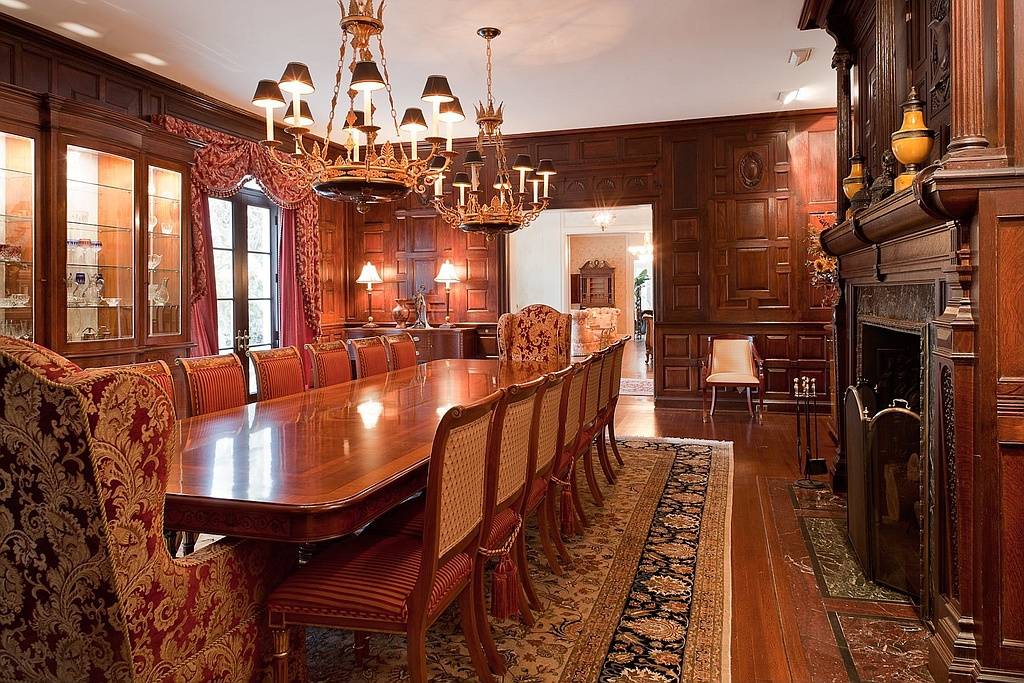 The colonial home boasts mahogany and chandeliers throughout the home. 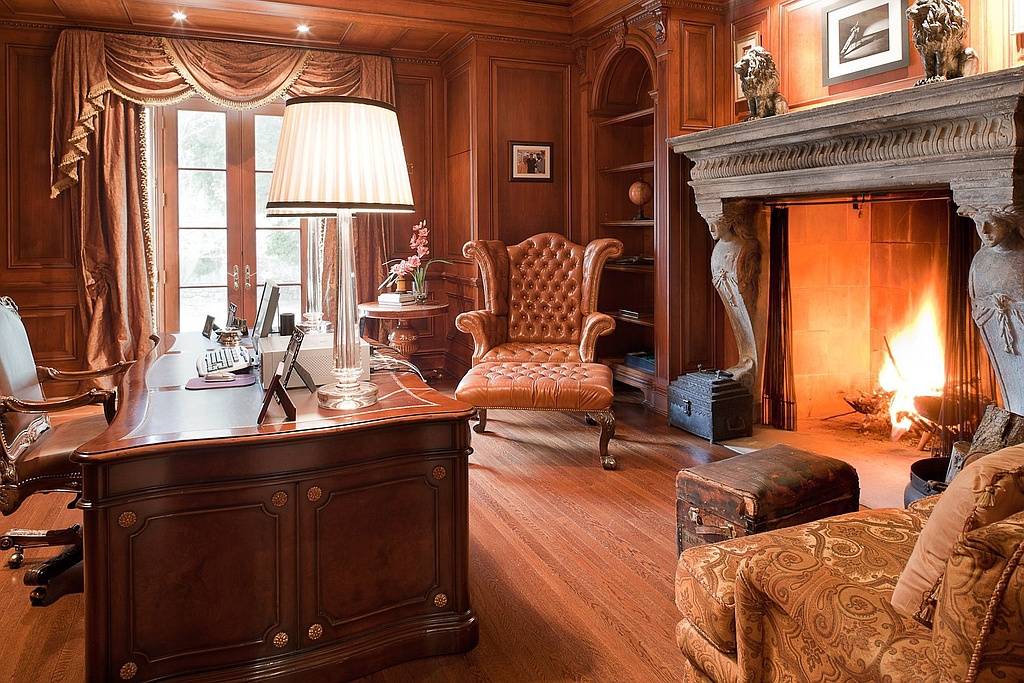 Carved wood moldings, hardwood floors and fireplaces give the home a distinct look.

The property was listed for $12.75 million by the firm Houlihan Lawrence, but the Hollywood couple (who closed on the property in September) apparently paid below list price. Douglas (son of movie legend Kirk Douglas) and Zeta-Jones saved even more cash in moving expenses since it’s a short trek from their previous estate. We’re hardly surprised an actor who played Wall Street whiz Gordon Gekko made a smart deal.

The Zillow blog states the Douglas-Zeta-Jones' buy followed Bruce Willis' purchase of two hilltop properties overlooking the Croton Reservoir. Affluent Bedford is a place social elites such as Bill and Hillary Clinton, Rosie O’Donnell and others have called home. 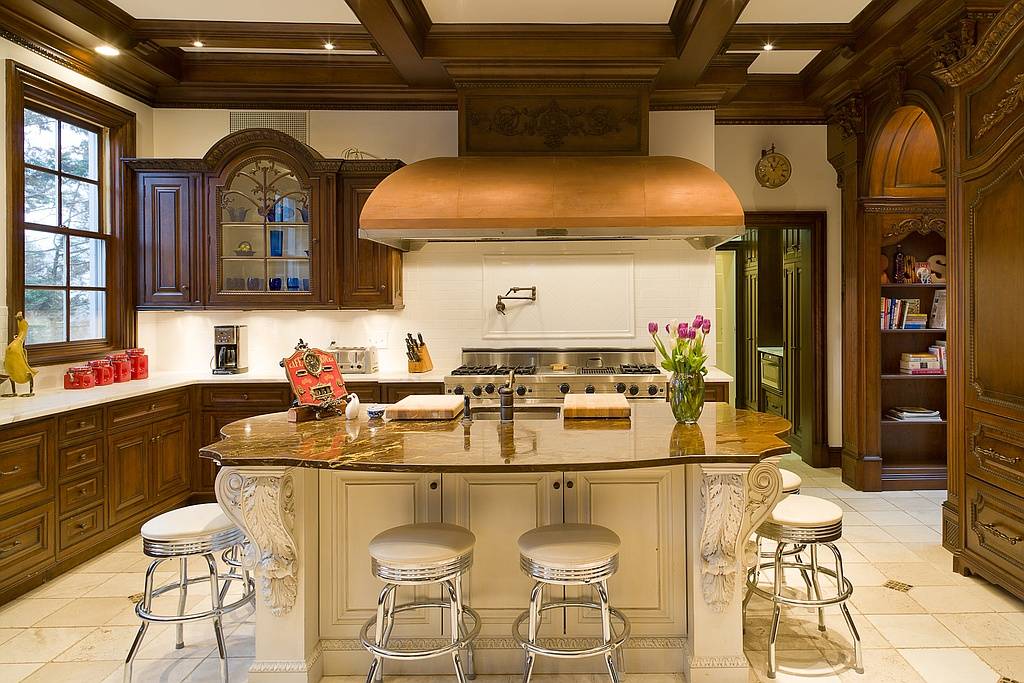 The kitchen showcases modern appliances amid traditional carved wood accents in cabinetry and the center island. 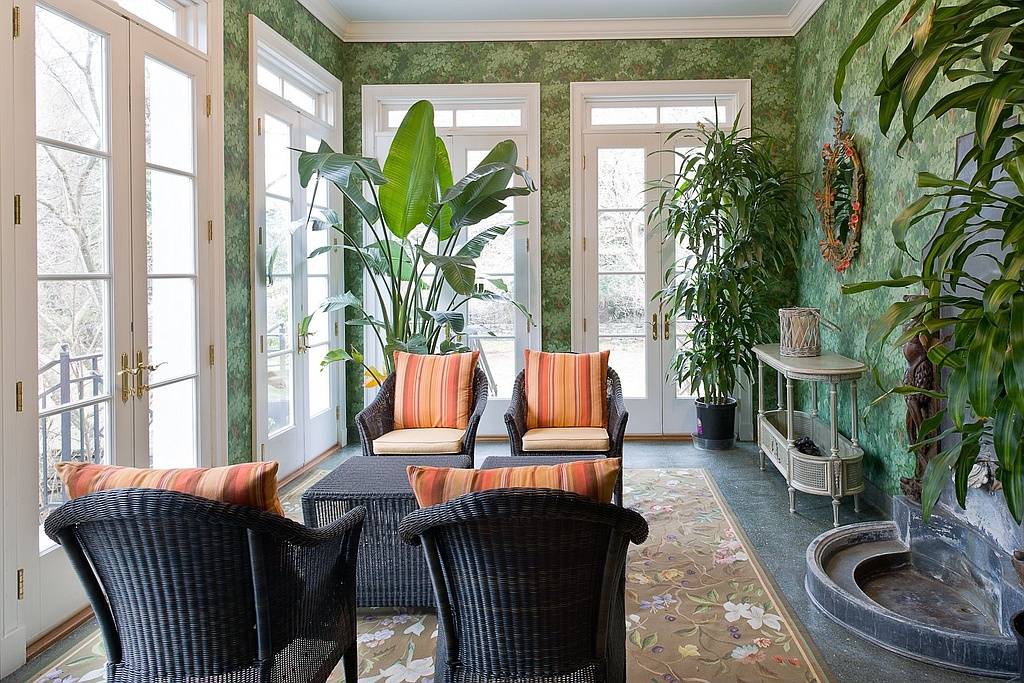 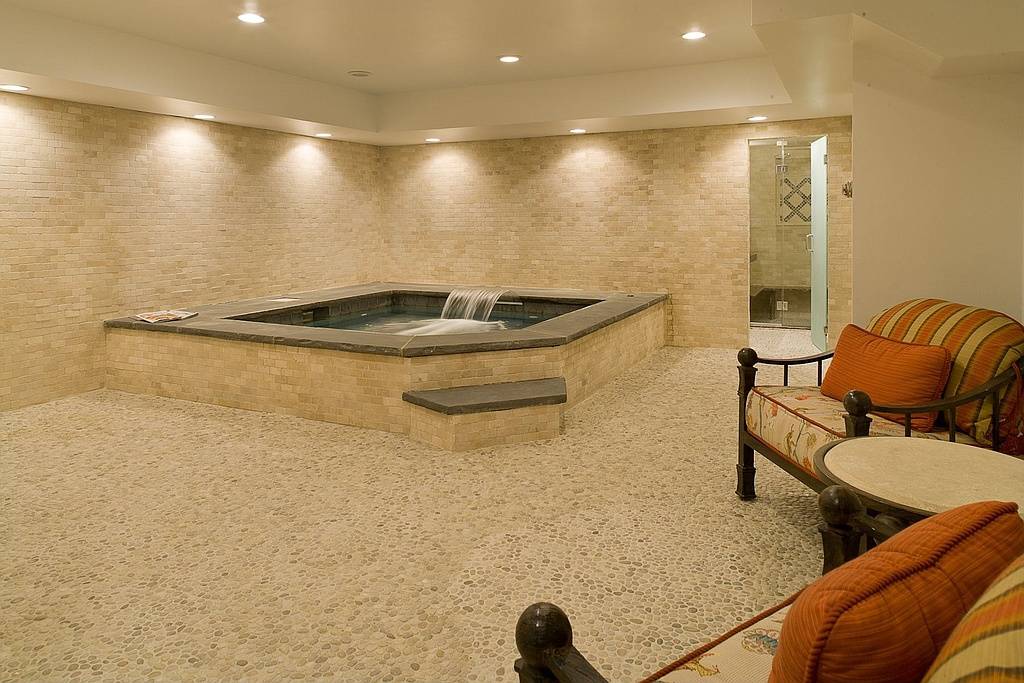 The estate features 13 1/2 bathrooms, including this one with a Jacuzzi tub.

Douglas has won three Academy Awards—as a producer on One Flew Over the Cuckoo’s Nest, as Best Actor for Wall Street and the Cecil B. DeMille Award for career achievement. Meanwhile, Zeta-Jones won her Oscar as Best Supporting Actress for the musical film Chicago. Now they will both have more mantle room upon which to store their Oscars, which certainly appear more impressive together rather than apart—just like their romantic owners. 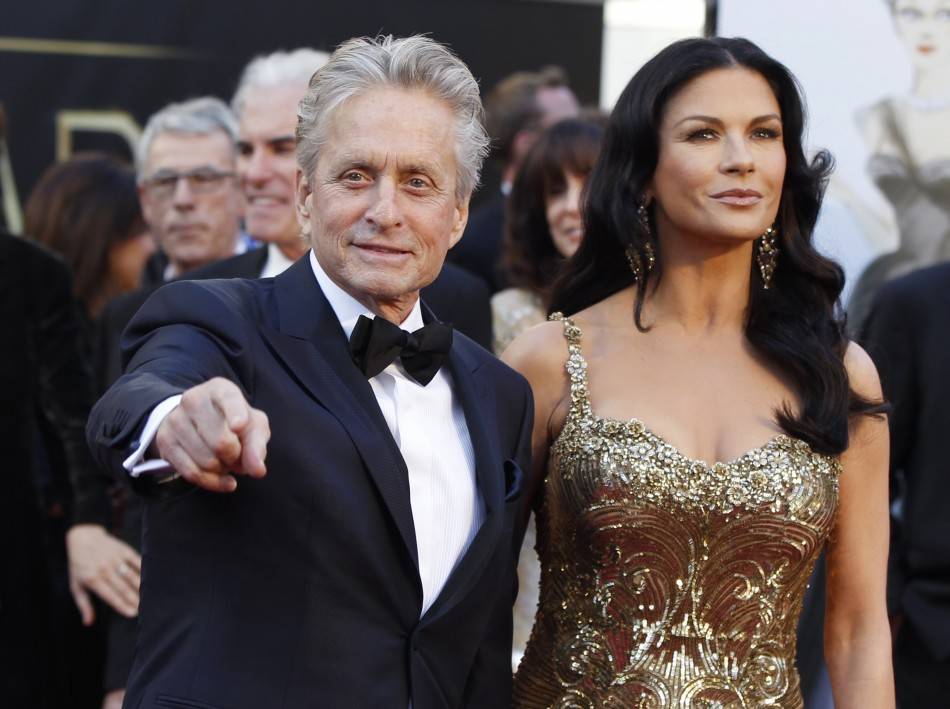 Douglas and Zeta-Jones have won four Academy Awards between them.

Photos and details courtesy of Elle Decor and Curbed