Award-winning actor Kelsey Grammer—best known for his role as Dr. Crane, the main character on Frasier—has put one of his real estate properties, Peppertree Hill in Malibu, on the market for $14.995 million. 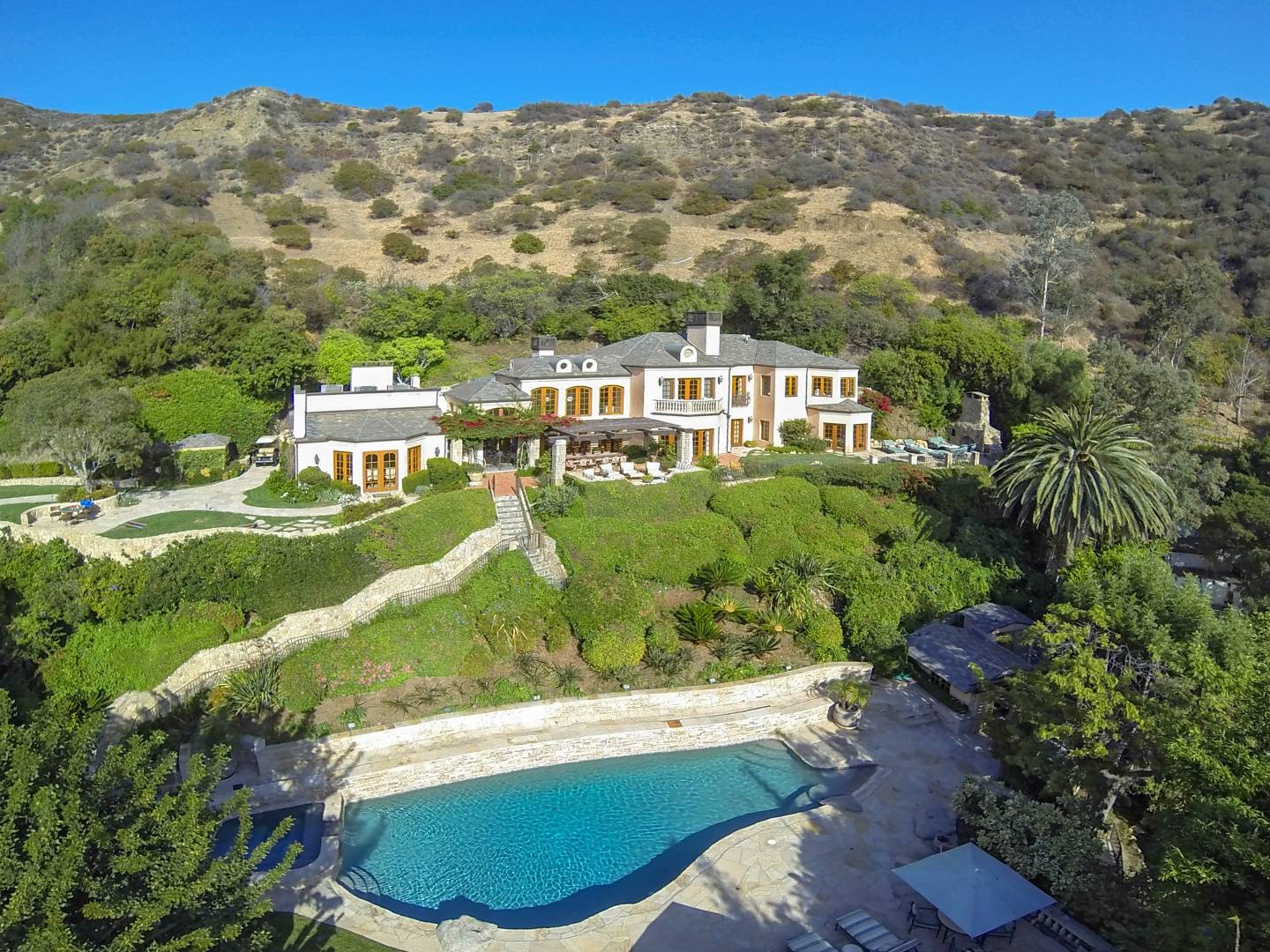 Poised on 4.75 acres, the traditional estate—built in 1949—is comprised of a separate guesthouse complete with a large kitchen, a sitting room, a five-car garage, a private patio, several bedrooms, and a rooftop deck. There's also a nine-stall barn and outdoor dressage riding ring, not to mention a lighted tennis court, and a large swimming pool with a spa. On top of its formal rooms, the 6,645-square-foot main house boasts four bedrooms including a master suite overlooking the ocean, six full baths, six fireplaces, a large home theater, and a gourmet kitchen designed by Wolfgang Puck. The property's grounds also house a Monet lily pond with an 18th century stone temple, flower gardens, and multiple patios for lounging, dining, and entertaining.

One of the last remaining properties of the William Penn Land Grant in Bucks County—Twin Silo—is now up for grabs for $9.2 million. Referred to by many local residents as "the most beautiful property" in the area, the fortified estate touts 50 acres of pristine grounds made available for viewing for $20 a ticket by a local nonprofit who operates charity garden tours. 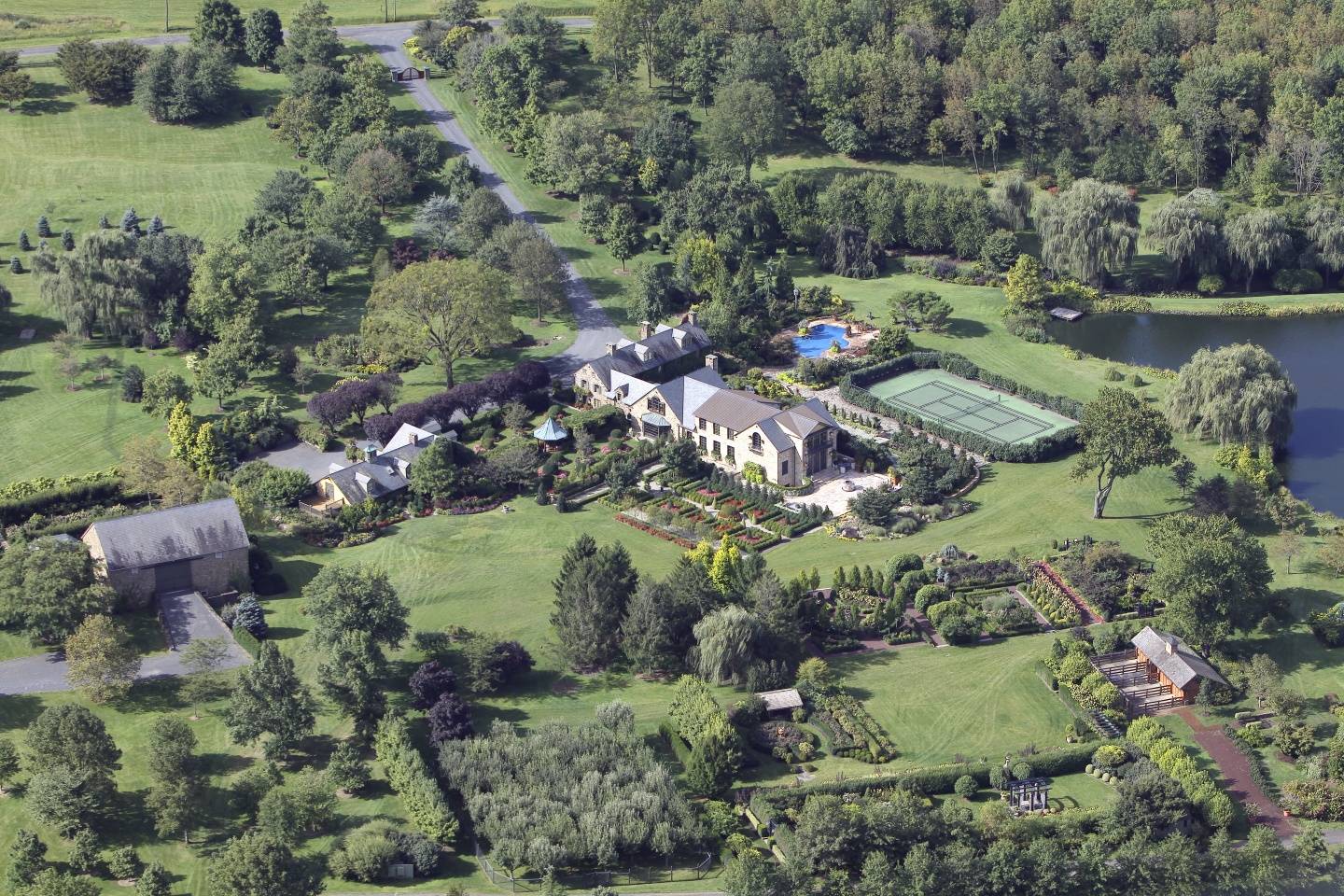 The 103-acre swath is punctuated by a main house that began as a one-room stone farmhouse in 1710 with two fireplaces—one for cooking, the other for providing heat. While the fireplaces, open beams, and hardwood floors have been preserved, restored, and maintained, additional sections have been installed into the home over the last 300 years, including a custom-made kitchen with quilted maple cabinets added in 2006, and a new master suite, office, studio, media room, and three baths completed earlier this year. The restored stone-bank barn erected in 1783—the largest of its kind in Pennsylania—has twin silos, and was originally used as a dairy barn (from which the property gets its moniker).

A three-bedroom guesthouse, a heated pool and spa, and a two-acre pond with an island and entertainment pavilion with reflecting pool also sit on the manicured grounds, along with expansive gardens including an English maze of privet hedges, orchards, and various flora. The rest of the property is made up of woods and open fields that are ideal for livestock grazing.

Designed by notable architect Alfred Hopkins, Cobble Close Farm was commissioned by Herbert Straus, son of Isadore and Ida Straus—the co-owners of Macy's Department Store, and two of the thousands who perished aboard the ill-fated Titanic in 1912. 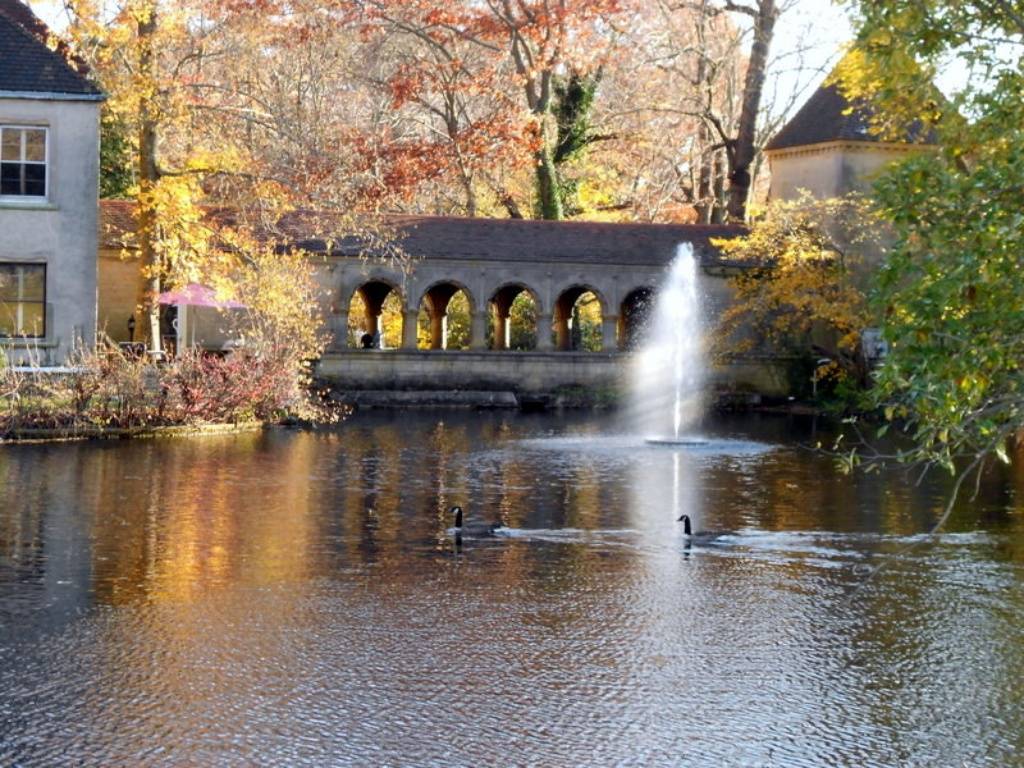 Straus and his wife, Therese Kuhn, lived in a temporary dwelling situated by the spot their mansion was supposed to be built; however, Straus died in 1933, before construction even started on the main 35-bedroom chateau. His wife, unable to scrape up the funds to finish the project due to the Great Depression, put the property up for sale in the 1950s and sold it in pieces, unloading each of the building's onto a different owner.

The entire compound is up for sale for the first time ever, with all four owners agreeing to part with their shares simultaneously. Now categorized as a "co-op," the property is divided into four luxurious homes, but is zoned for five. In total it consists of 18 bedrooms and 15 baths, with structures of 29,000 square feet spread across 13 acres.

One of the most well-known and historic bayfront homes in Coconut Grove—La Brisa—is now for sale for $65 million. 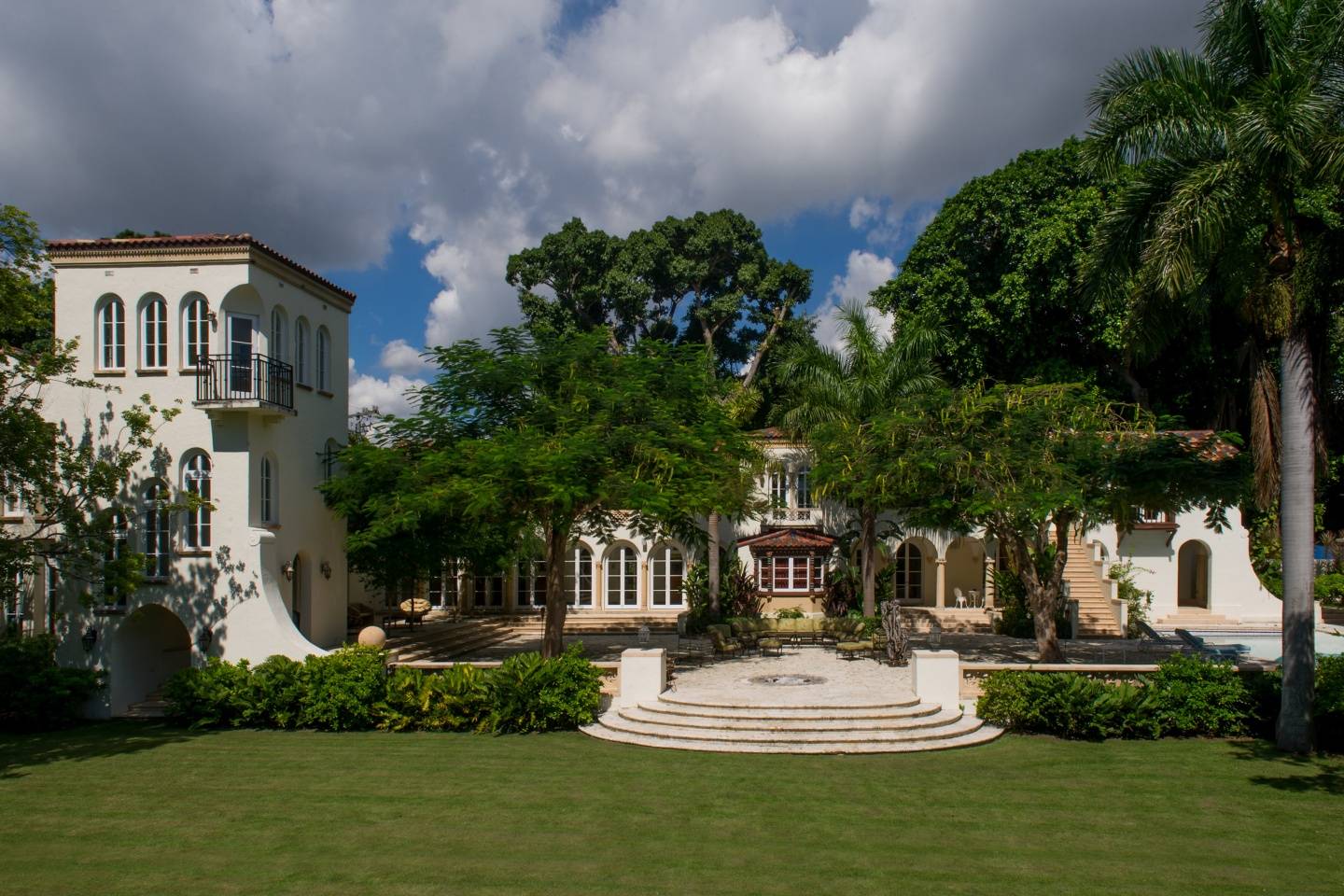 The 13,803-square-foot residence—comprised of nine bedrooms and 11 baths—is accompanied by 3,338 square feet of year-round outdoor living space in the form of numerous balconies and covered porches. The airy interior boasts original beams, a large fireplace, and a spacious eat-in kitchen, along with a library, sauna, swimming pool, and formal rooms that have been totally updated and restored.

The Mediterranean-style abode still has its original details, including arched doors and windows, complex keystones, and wrought iron. The grounds are salted with gardens sporting a variety of trees such as royal poincianas, mahogany, oak, and gumbo limbo trees.

Jon Huntsman—the creator of handy disposable containers, such as the typical carton that holds eggs—commissioned this 20,000-square-foot palatial ski estate in Utah's Park City in the quest to establish a winter getaway that would house his children and their families, plus additional guests. 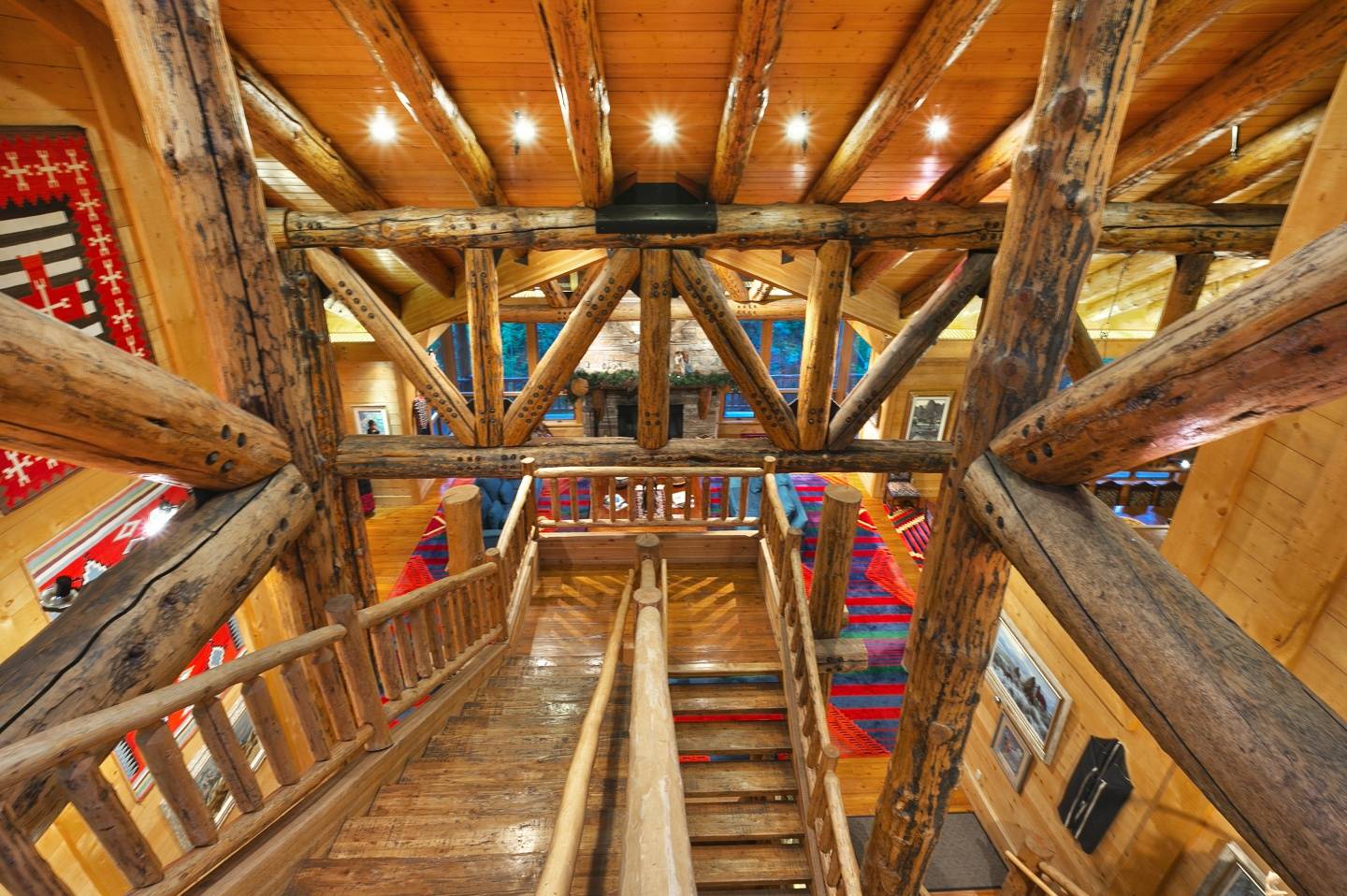 Built using reclaimed indigenous materials from surrounding forests, the residence—which sits on 60 acres in Upper Deer Valley—consists of 12 bedrooms, two of which are bunk rooms that each contain 20 bunks and 16 baths. Along with the 20-seat dining room there are various gathering spaces—all with fireplaces—vaulted ceilings, and beautiful mountain views. There's also a library, gym, children's playroom, two garages that can accommodate 28 vehicles, and a huge indoor swimming pool. Previously priced at $49.5 million, the estate is now up for grabs for $34 million.