A brand-new residence, recently unveiled on the site of Dean Martin’s former Beverly Hills home, has been listed with a $27.95 million price tag, according to press materials. 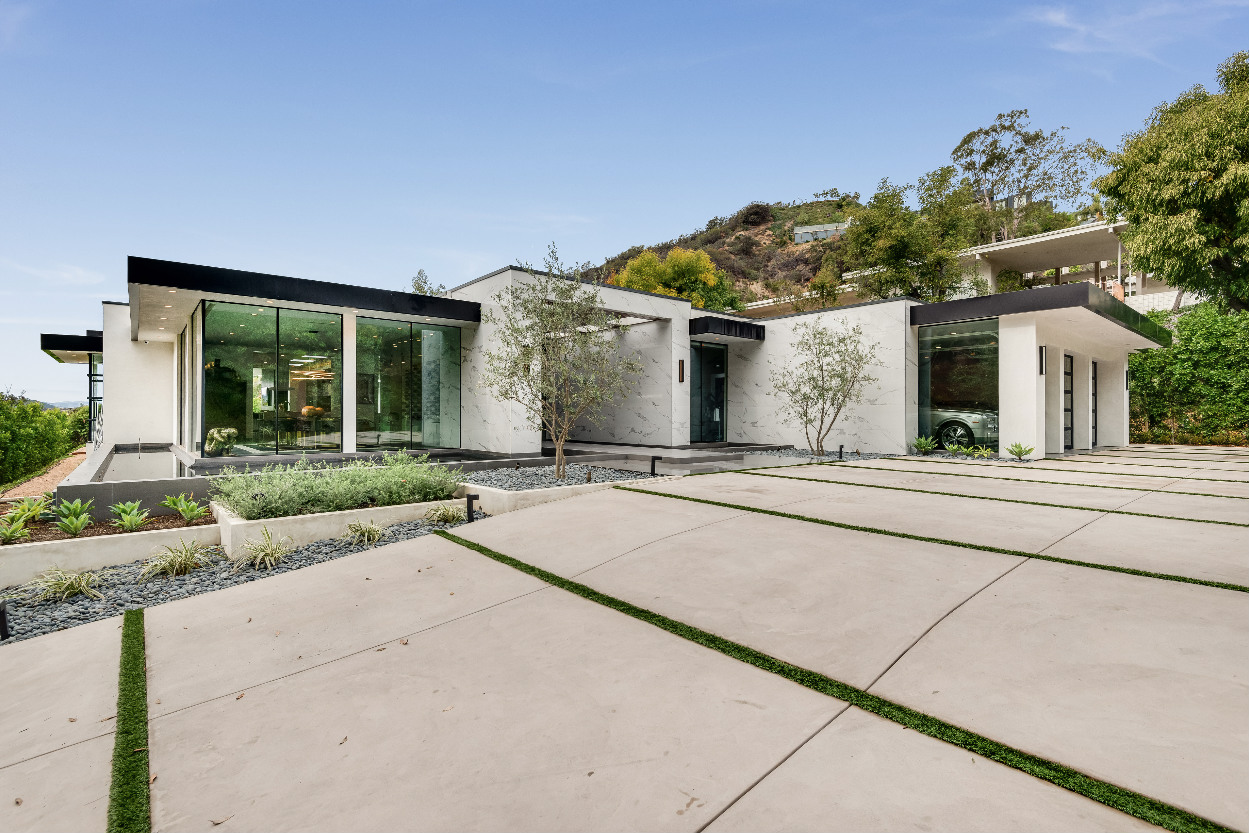 The Rat Pack legend lived there from 1988 to 1995, and before him, late actor, David Janssen, known for his award-winning lead role in the TV series, The Fugitive, owned the estate. The former residence was featured in Architectural Digest in 1965. 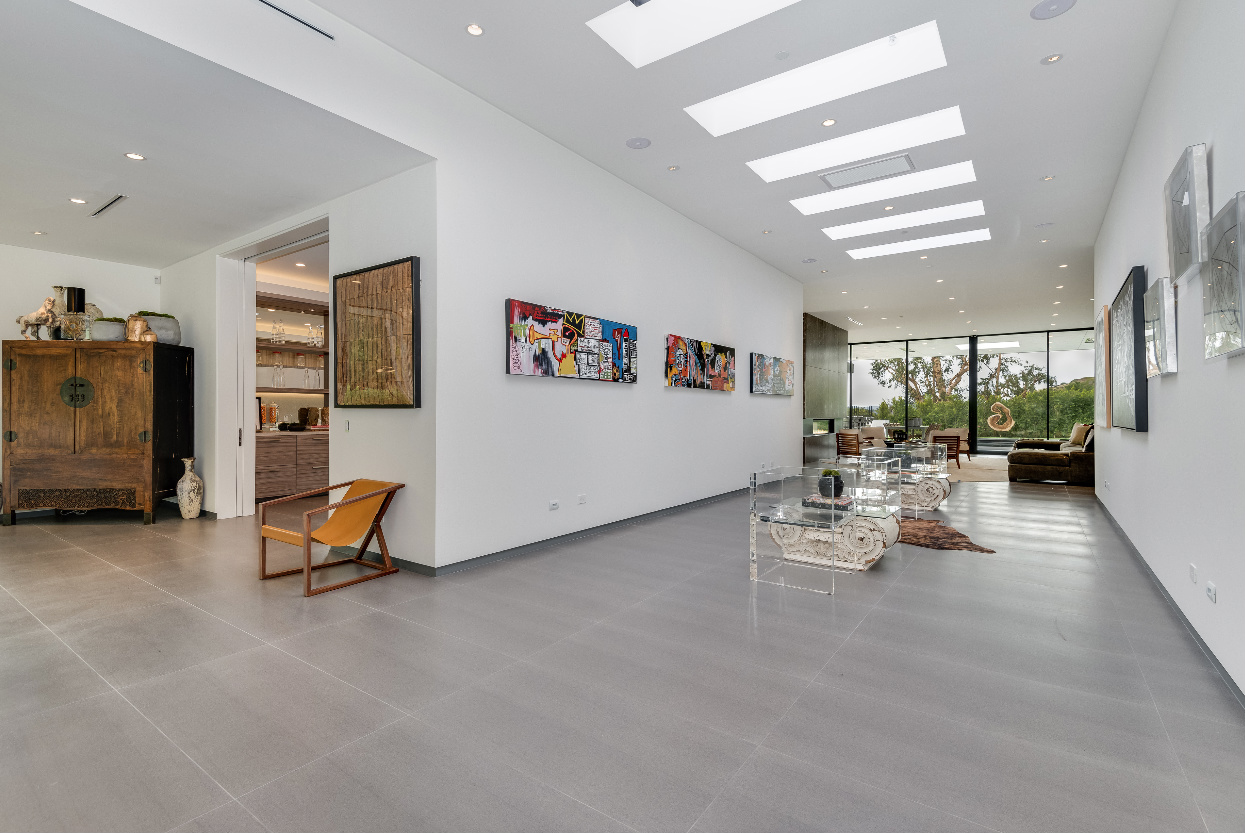 Developer Patrik Mirahmadi bought the estate in 2014 for $3.9 million, according to property records, and completed the new construction in 2017. 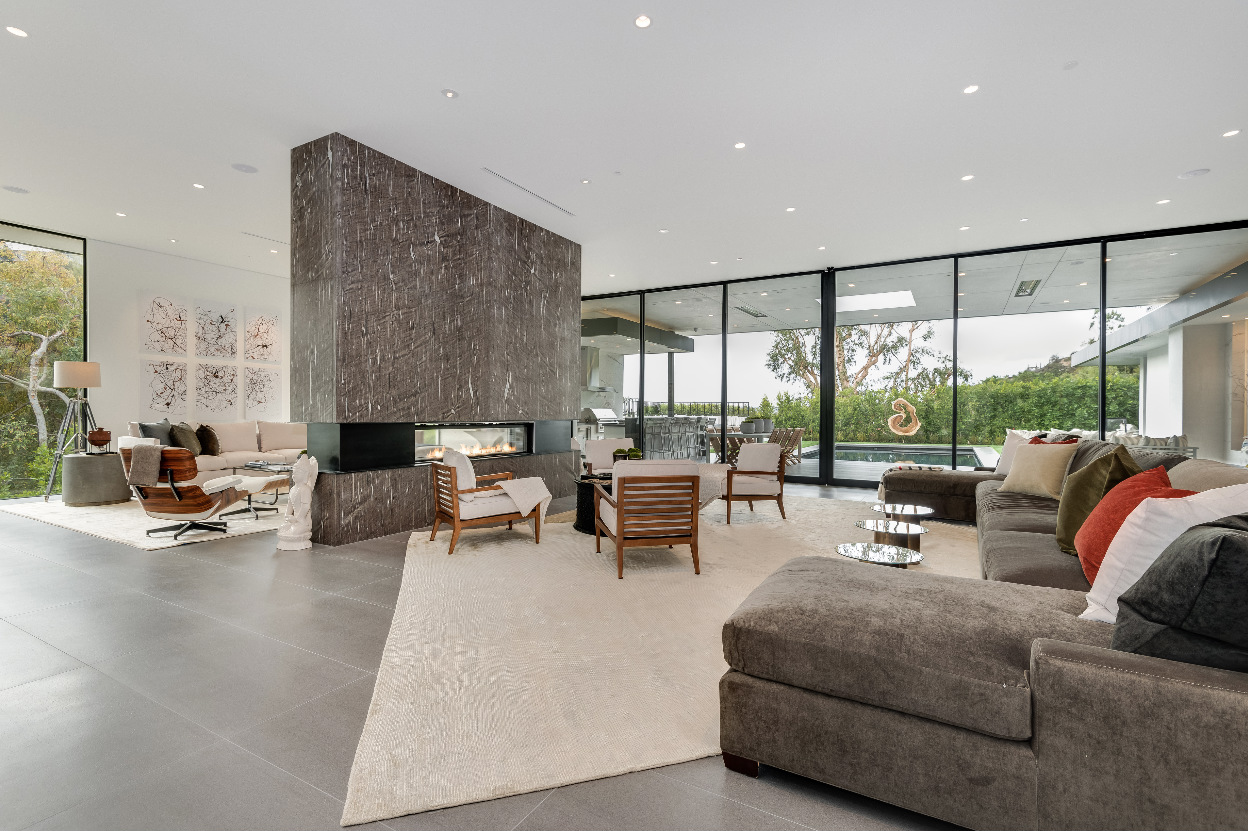 A 200-foot-long, gated driveway leads to the five-bedroom, mid-century modern residence, sited on nearly an acre in the exclusive Trousdale Estates neighborhood. 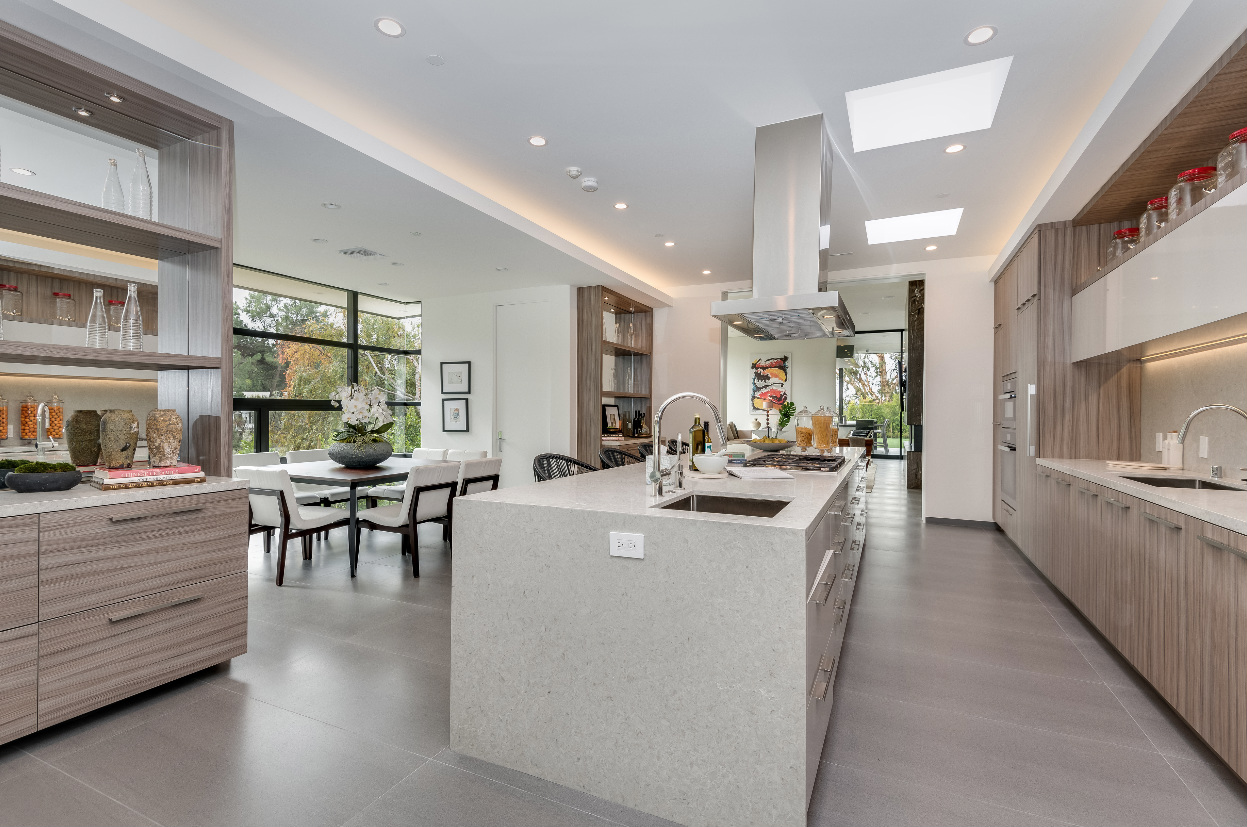 It was designed with 12-foot-high ceilings, wide hallways, glass windows, and varying roof heights for 10,000 square feet of contemporary, indoor-outdoor living space. Luxury amenities include a Crestron home automation system, an in-house massage room and sauna, a screening room, and a fitness center. 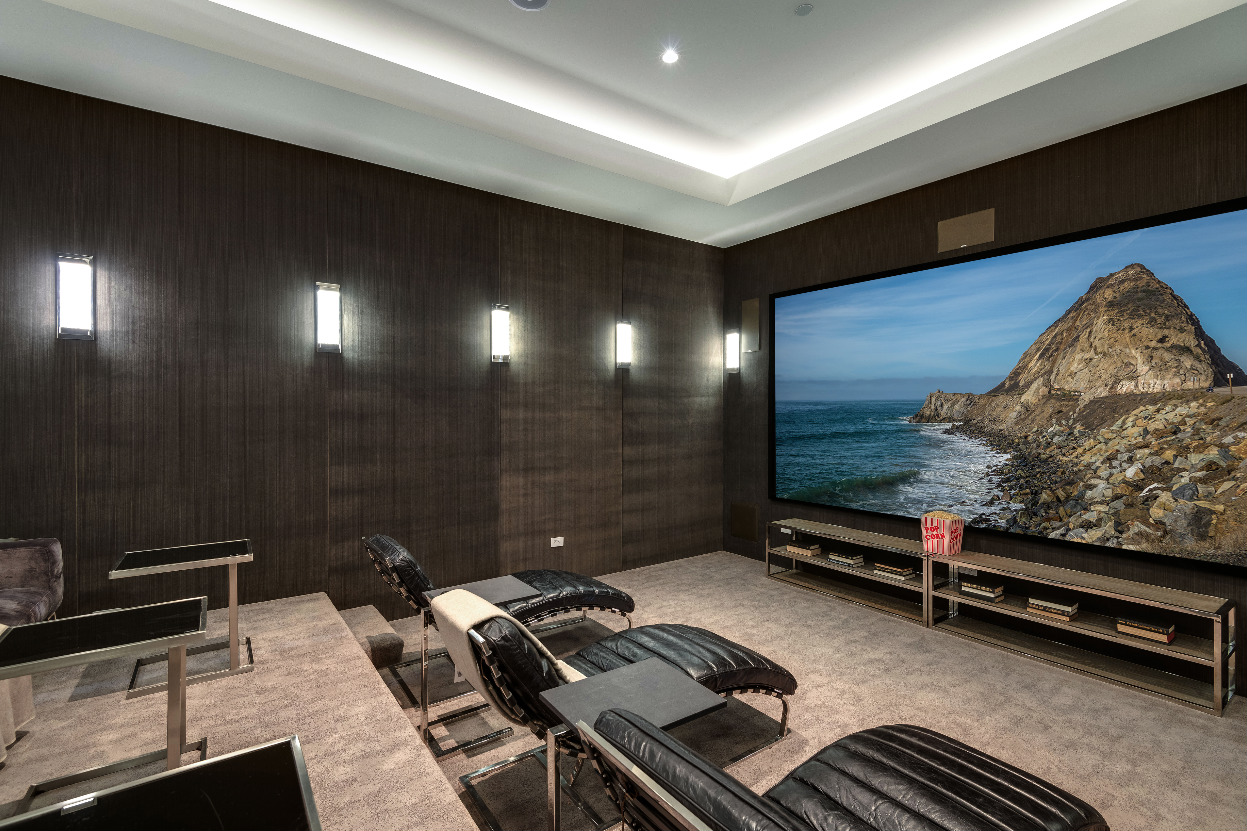 The outdoor area features open patios, a fireplace, a deck with built-in seating and a fire pit, a pool and spa, a pool bath, and an outdoor kitchen with a barbecue, beer tap, and refrigerator. 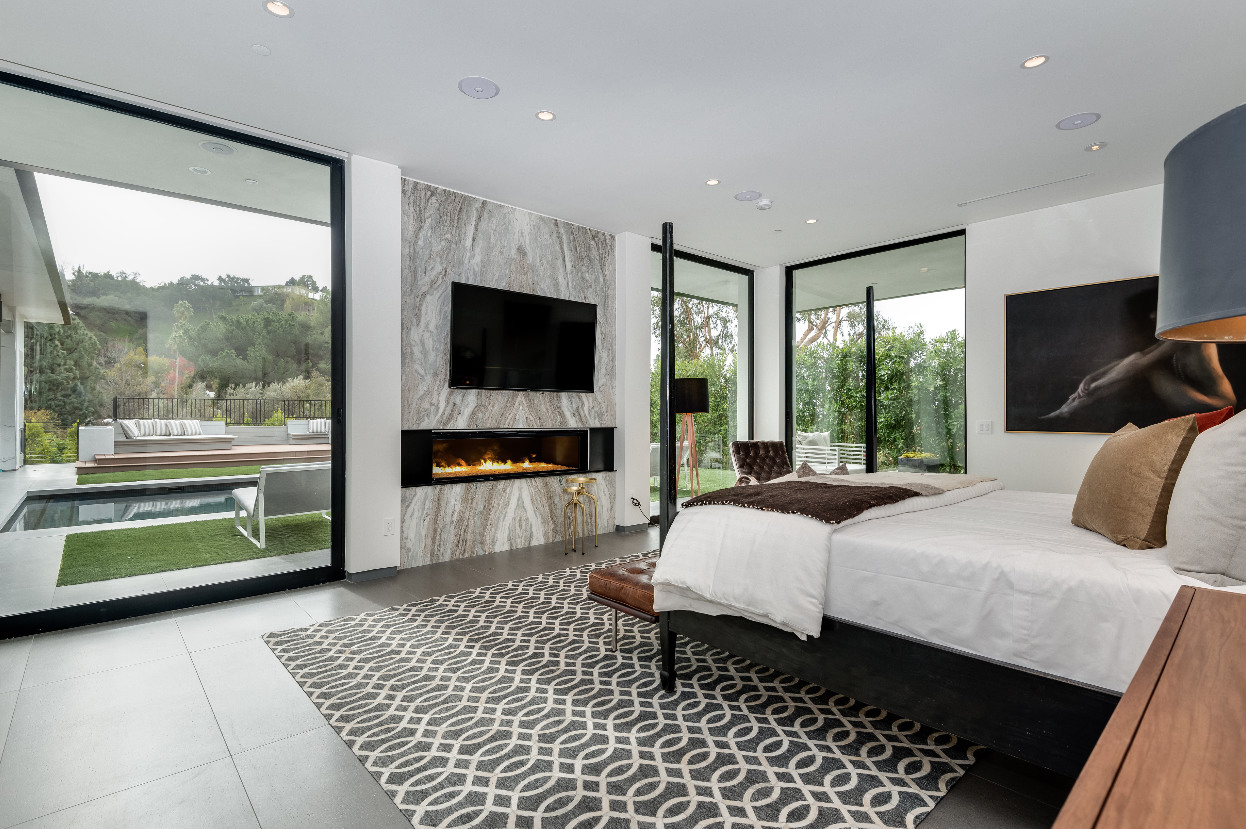 "…This property is truly a jewel box in a city full of stars," says listing agent Jade Mills of Coldwell Banker Global Luxury. 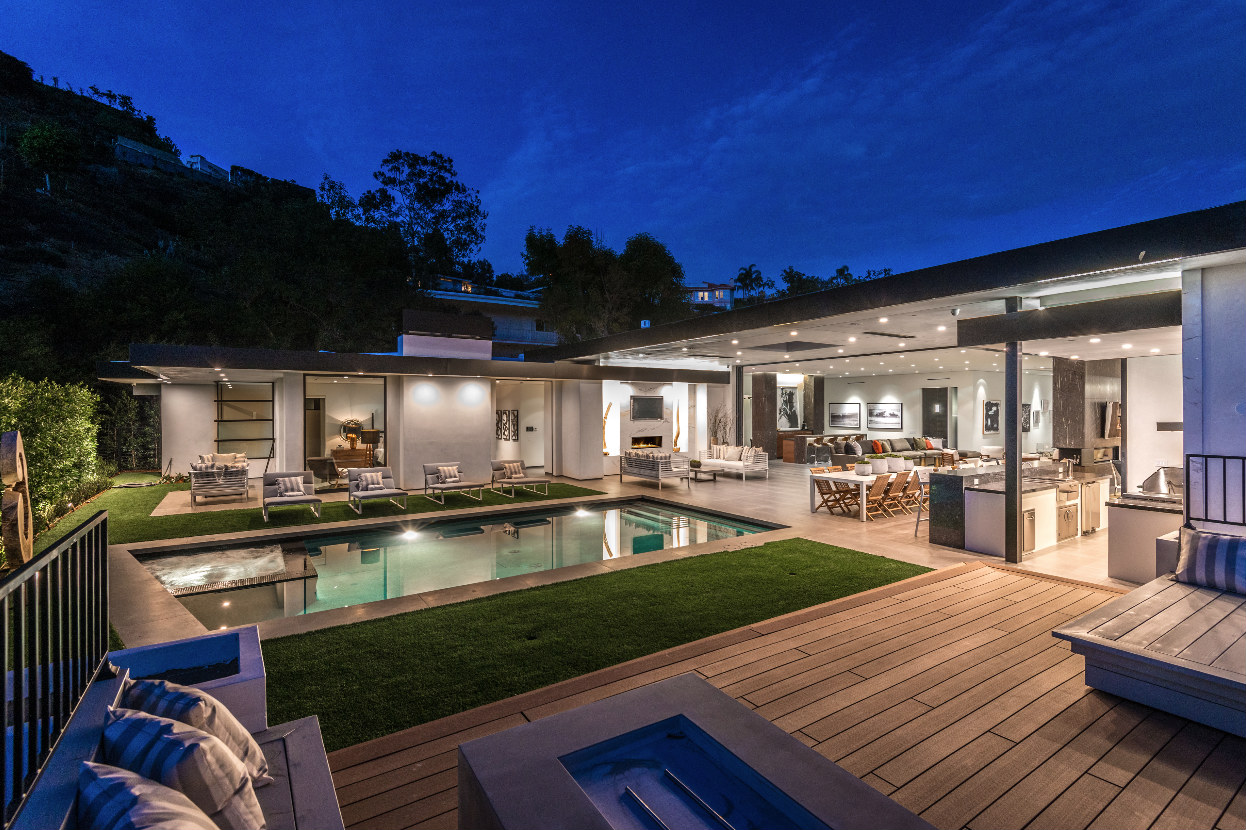