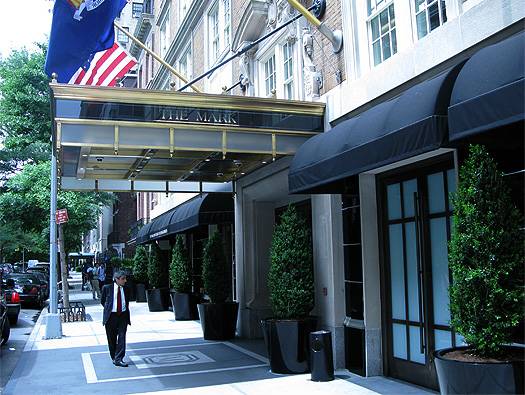 Intuit CEO William Campbell’s ex-wife Roberta Campbell will not be getting her $4.7 million down payment back after she decided not to go through with the purchase of an $18.5 million residence because amenities were missing from the property at the time the real estate sale was to close.

Roberta Campbell griped to a judge that the living quarters she had selected at the Mark hotel were not habitable.  A 2009 inspection proved that the floors were unfinished, heat and hot water were unavailable, microwaves and cook top grills were missing and there were no glass enclosures for the showers.   Furthermore, there was no gas available.  Campbell asked that her down payment be returned.

However, District Judge William H. Pauley III did not rule in her favour this week, stating that all of the issues that were brought up in the inspection could have been resolved in a few short days by the builder, meaning the luxury residence was in fact, habitable.  Furthermore, the judge pointed out that the hot water, heat and gas systems were installed and functional at the time of the inspection but were simply not turned on because the residence was vacant.

Pauley further made not of the fact that the contract Campbell had singed was explicit in stating that the luxury services could possibly not be available at the sale’s closing.

"Based on the evidence presented at trial and the one-sided language of the parties' agreement, [the Mark Hotel] is entitled to the down payment," the judge said.

The Mark Hotel is also permitted to collect accrued interest on the down payment and Campbell will be required to pay the Mark Hotel’s legal fees.