Australian rapper Iggy Azalea told us she was fancy.

She even bragged that she was in the fast lane “from L.A. to Tokyo.” Now the 24-year-old superstar has true street cred—following through on her lyrics to purchase (along with her Los Angeles Lakers boyfriend Nick Young) a $3.45 million mansion in Tarzana, California from Disney pop princess Selena Gomez. Perhaps the famous young-in-love couple see the suburban Los Angeles home as their personal magic kingdom (where platinum records and NBA championships come true). 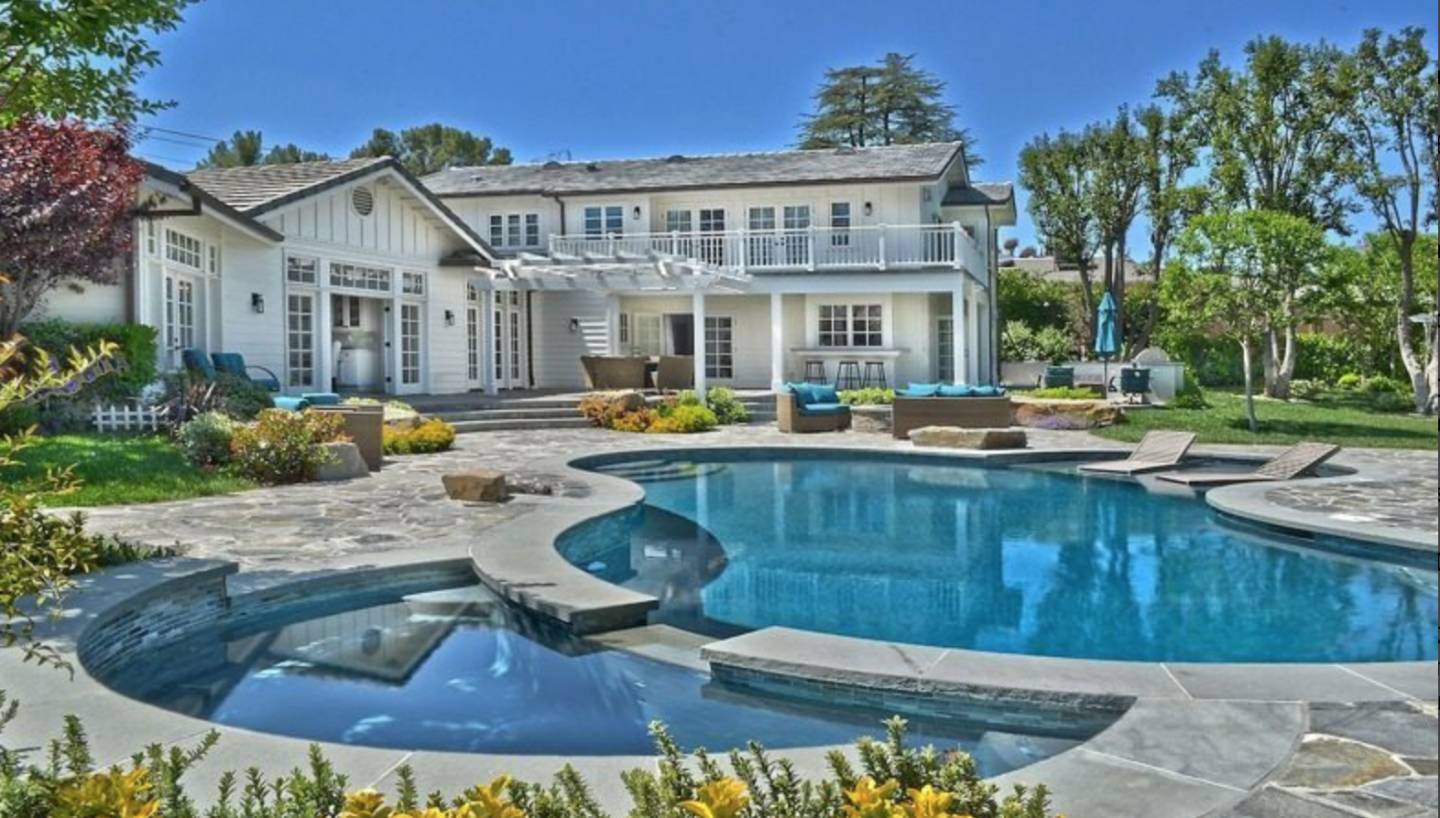 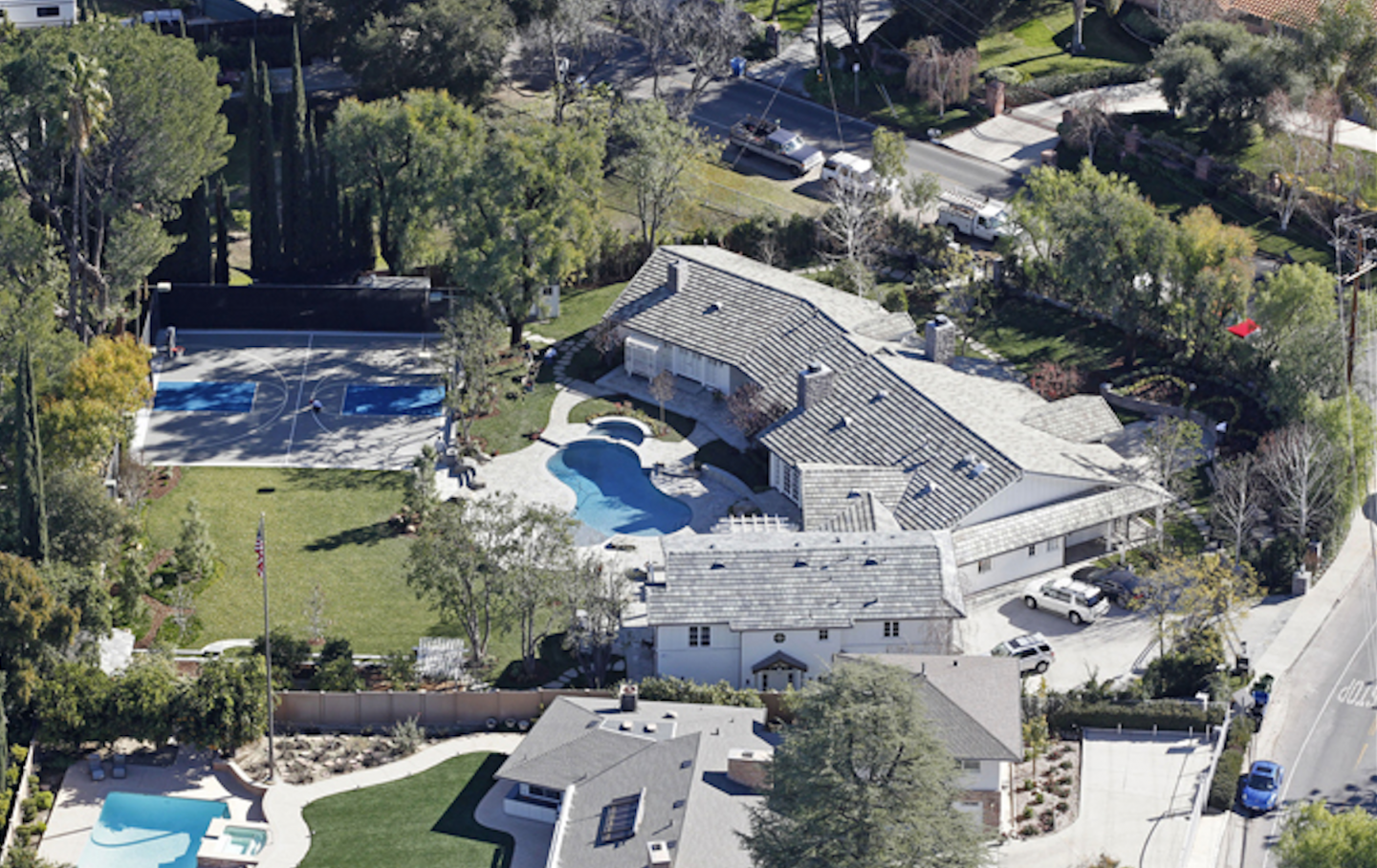 Azalea and Young bought the six-bedroom, eight-bathroom Mediterranean style estate on .83 acres of land in September. The gated estate reportedly has a spa, butler’s pantry, barbecue pit (insert “shrimp on the barbie” joke here) and a full basketball court (naturally, but no recording studio?). The 6,630-square-foot mansion boasts a single-story main house, and a guesthouse with a wraparound balcony and private entrance above a two-car garage.

Showcasing an all-white exterior, the single-story main home’s interiors are transitional (alternating from contemporary to traditional from room to room) with French doors, beautiful dark hardwood floors, extensive molding on ceilings, trendy matte gray palettes, and a variety of pendant lights. Living and dining areas are bright with bay windows that look overlook stone terraces and the large yard. 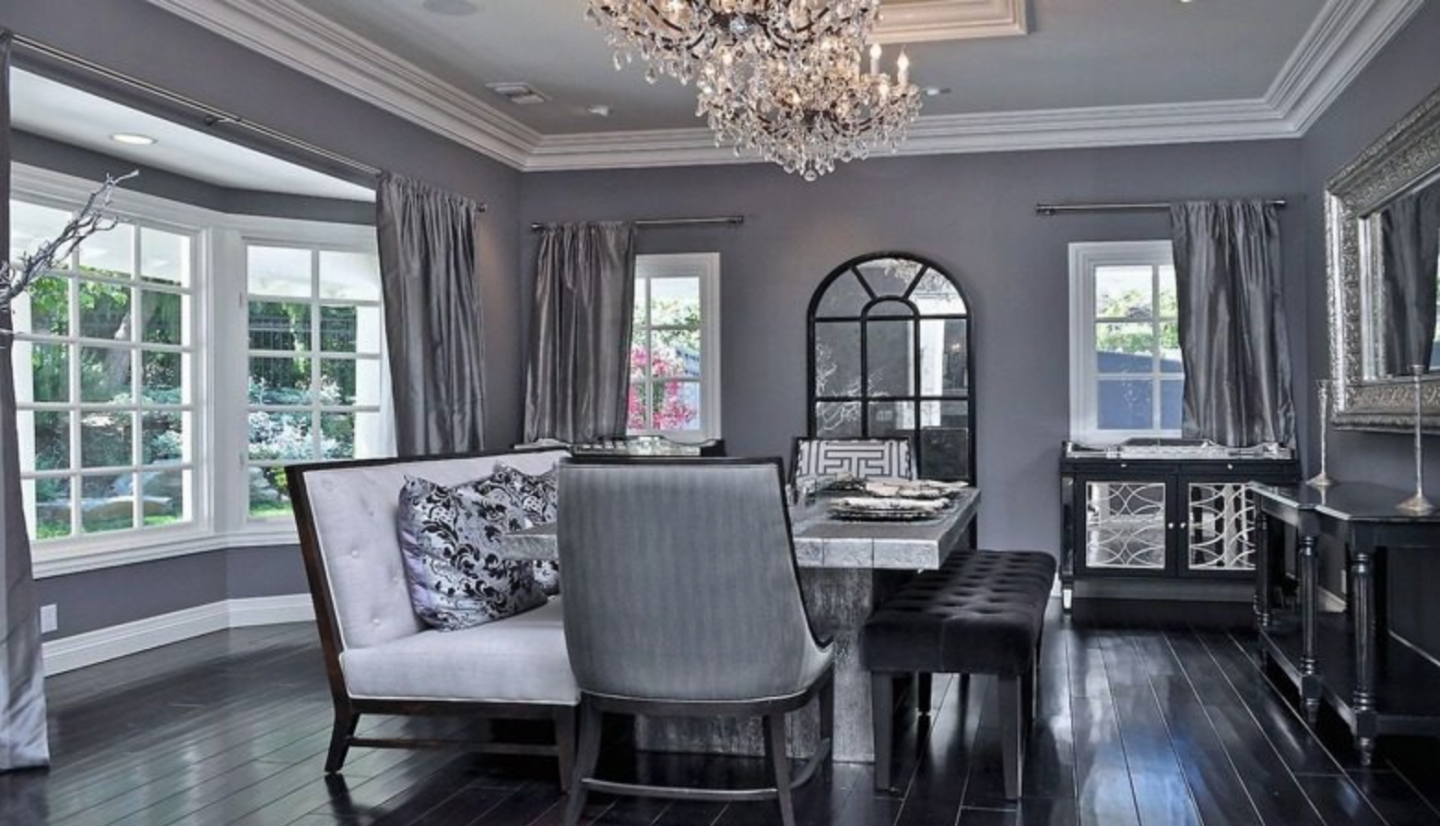 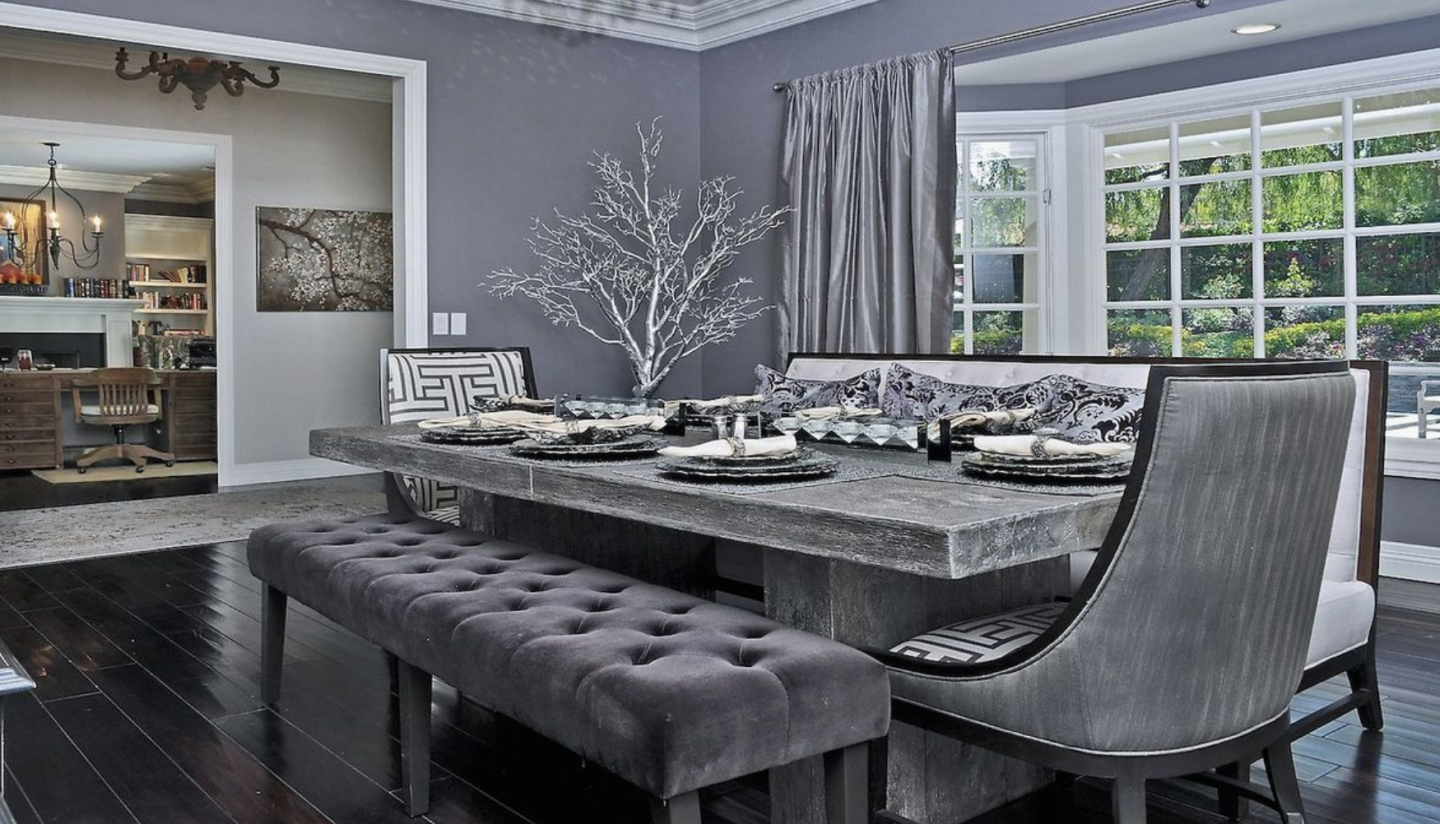 The estate employs a contemporary color palette and detailed moldings. 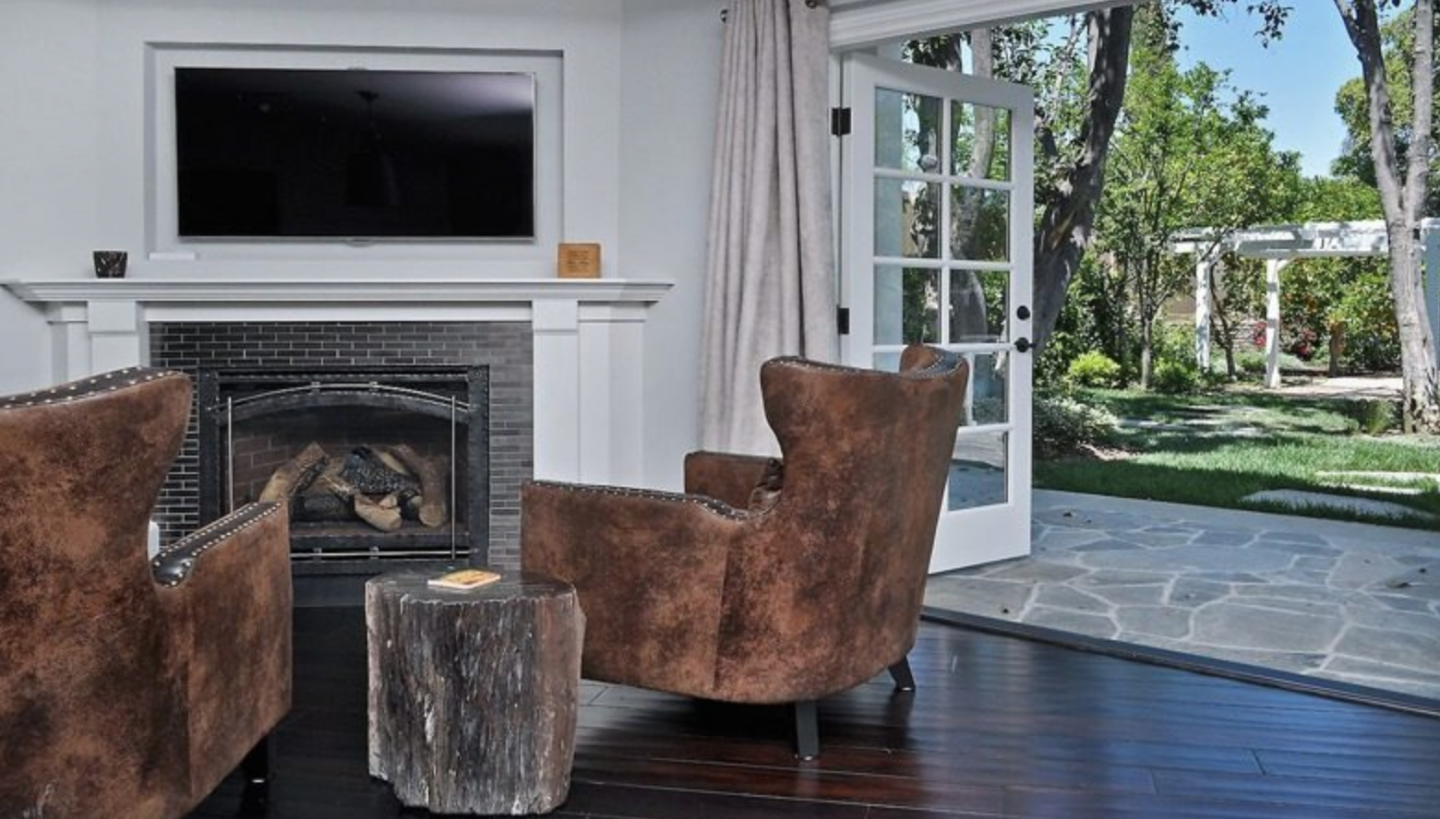 French doors open up into the large landscaped yard. 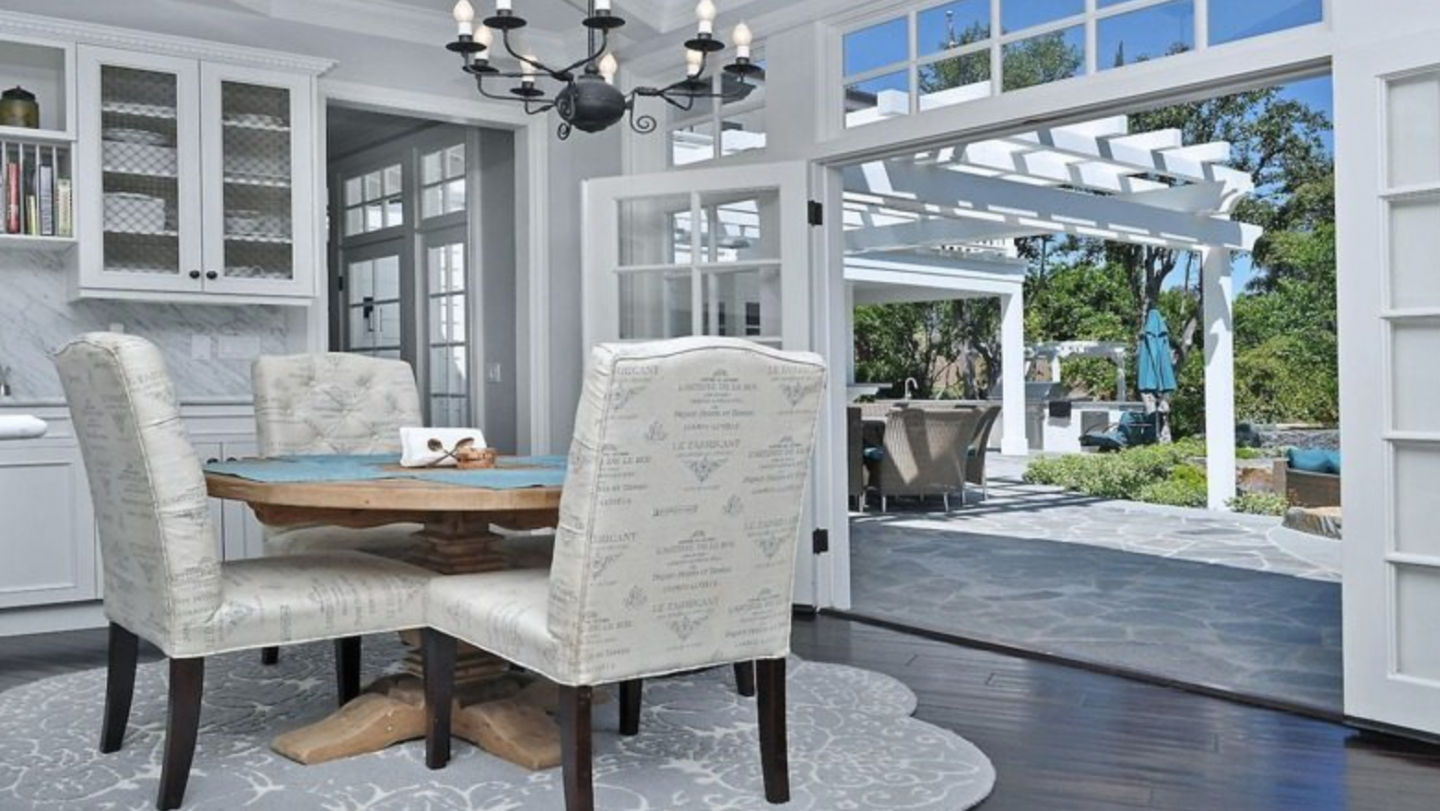 Outdoors is easily accessible from the home which features large stone terrace areas.

The mansion also has a kidney-shaped pool that’s no great barrier reef (rather medium-sized), but it’s still nice. Let’s call this a starter mansion. Surely the couple will perform a mansion upgrade as their careers advance—just as Gomez did. According to Curbed, Gomez bought the house in 2011 for $2.17 million and flipped it after extensive renovations, netting a $1.3 million profit in merely three years. 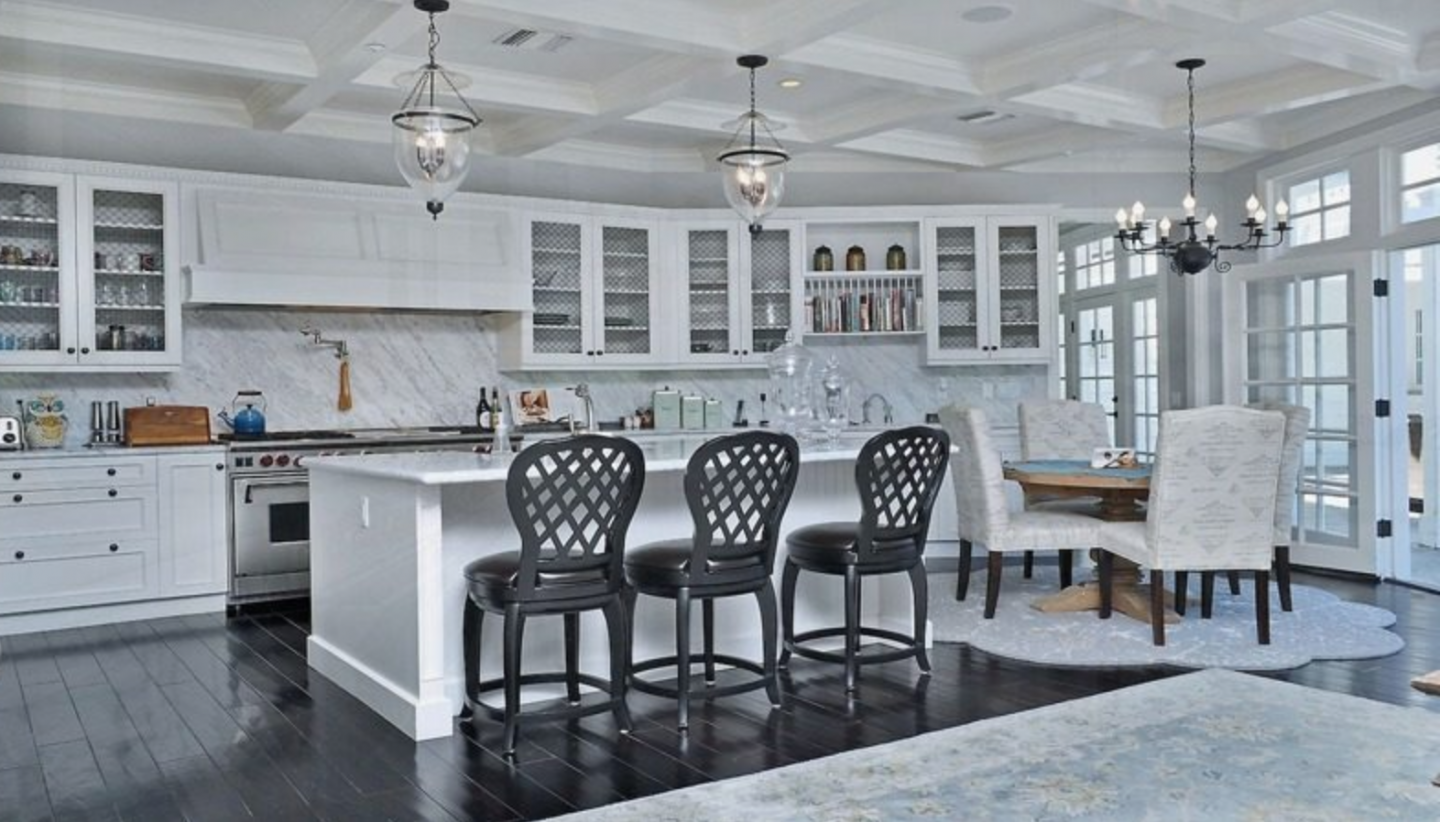 The home shared by the young couple showcases a variety of chandeliers and pendant lights, especially in the kitchen and dining areas. 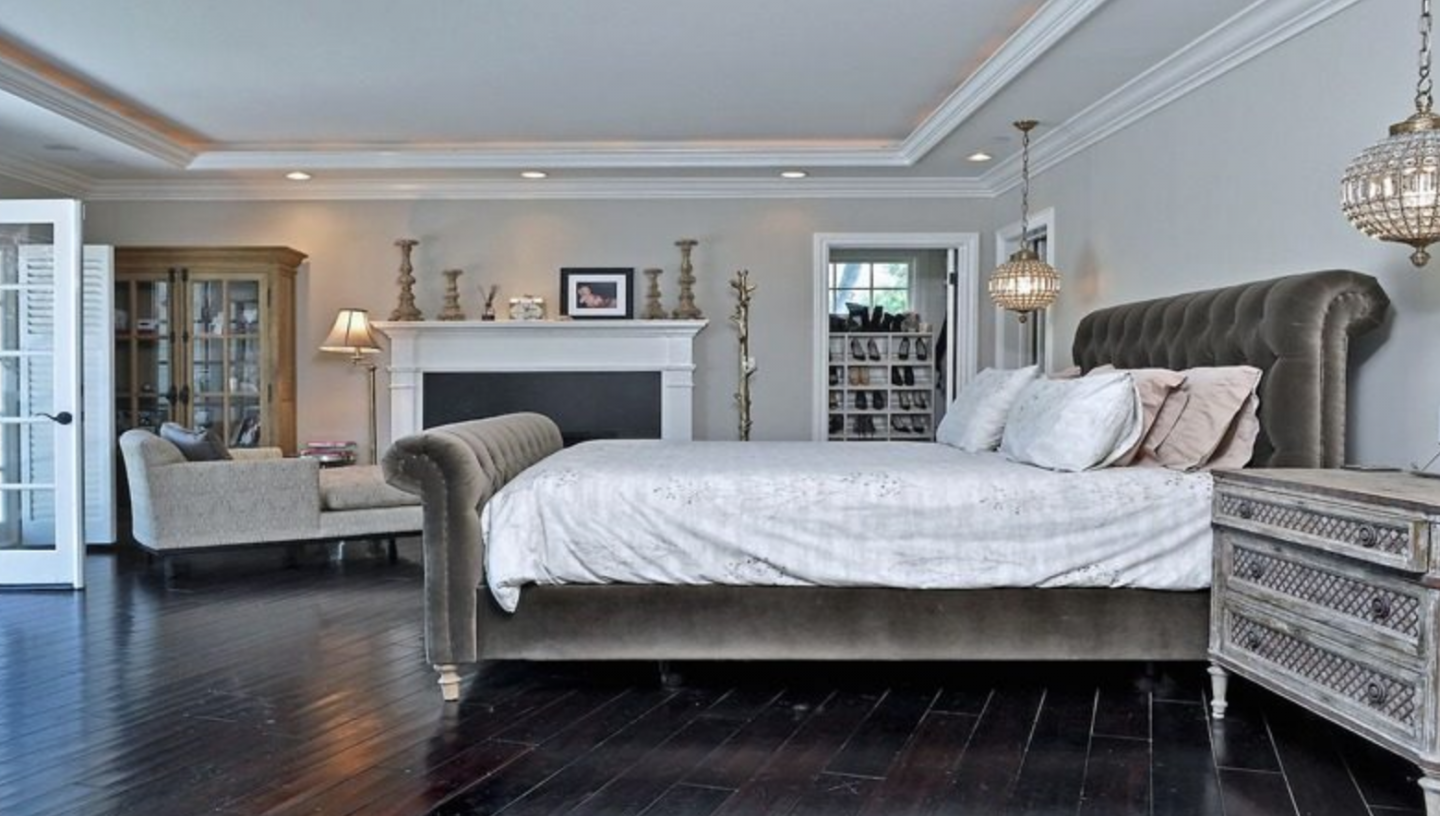 The home has dark hardwood floors, detailed moldings on ceilings and decorative lighting, including in the bedrooms 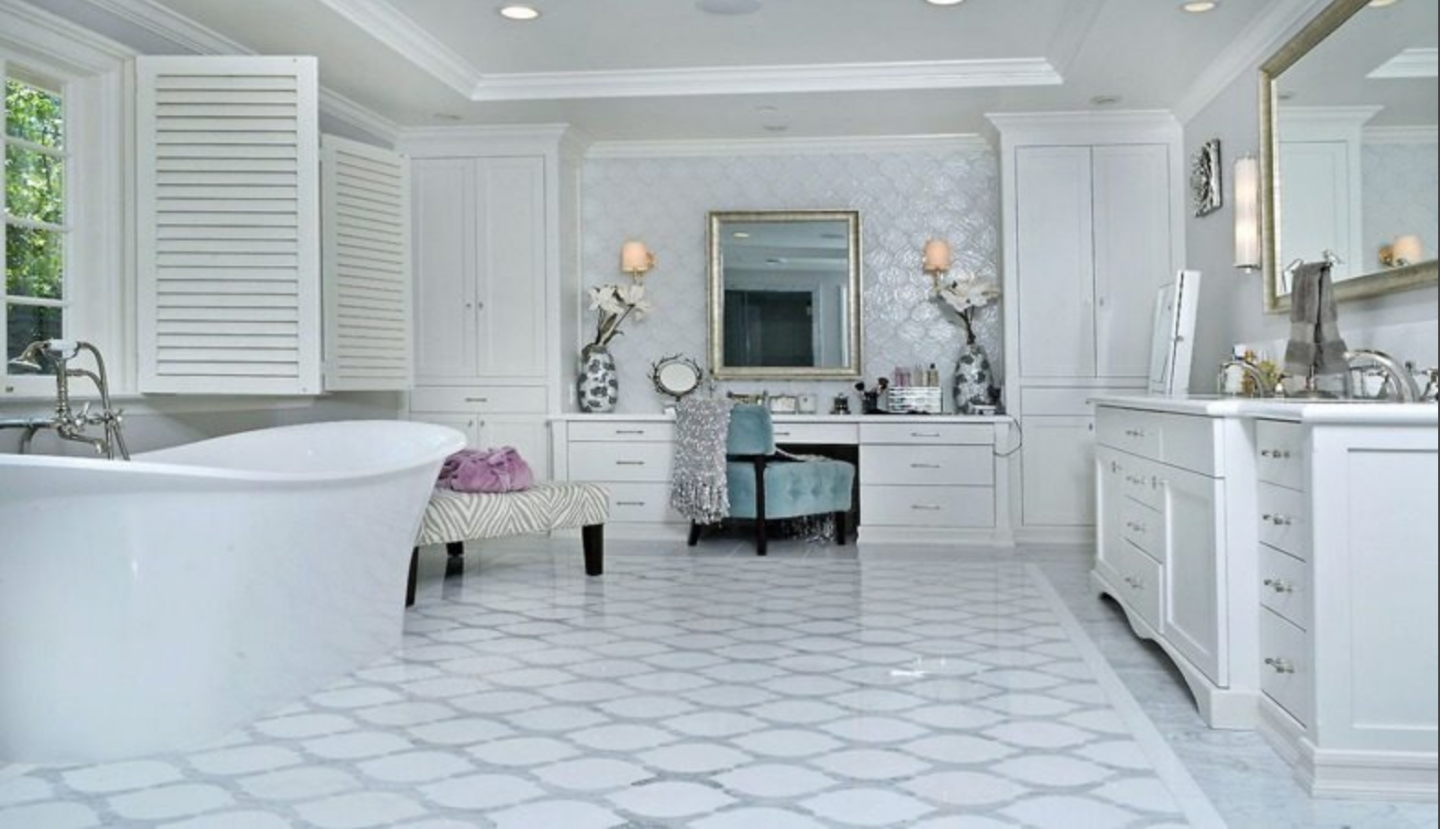 The home has eight bathrooms (seven full and two half-baths). 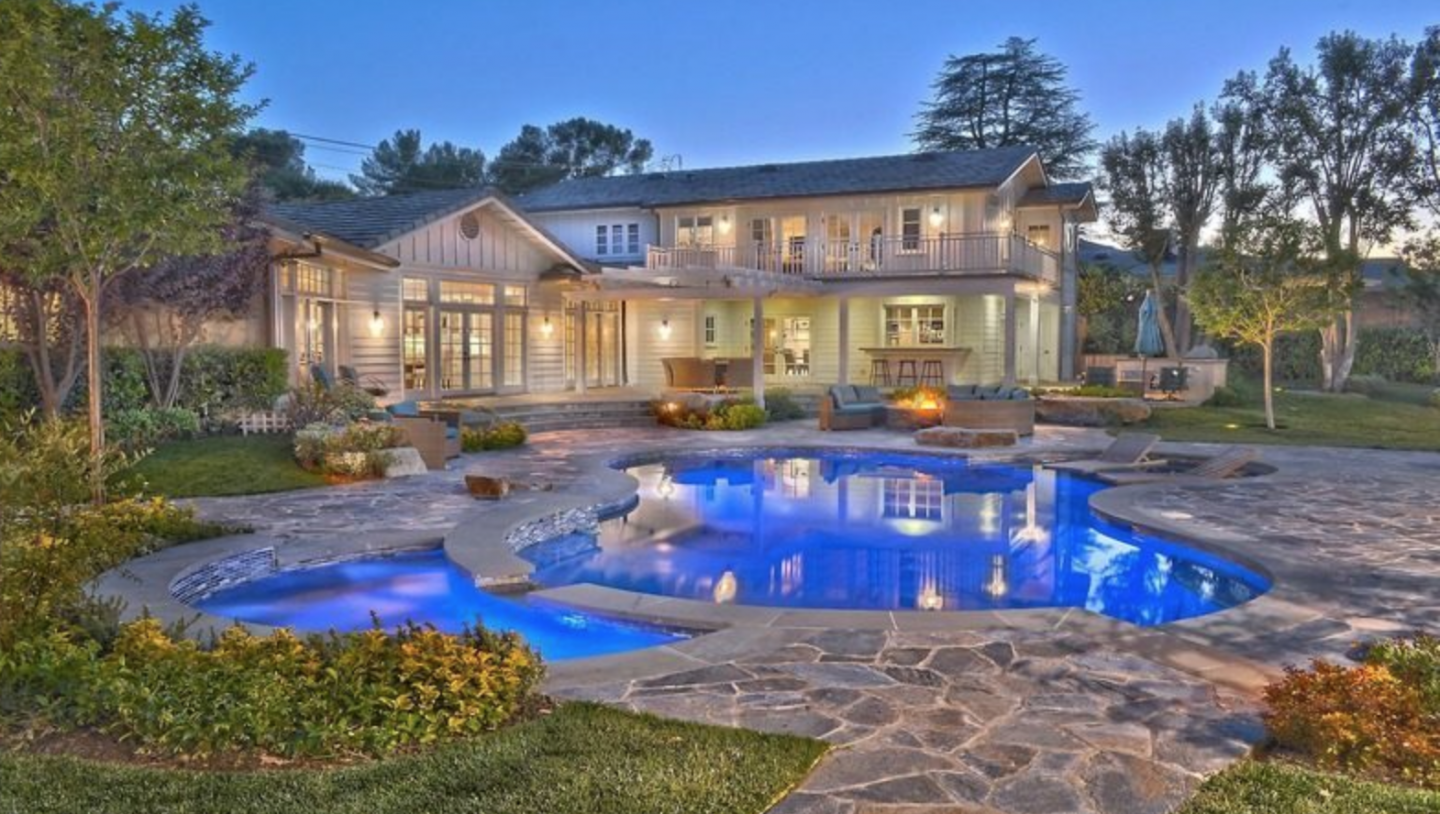 The kidney-shaped pool is impressive and surprisingly modest for emerging superstars. 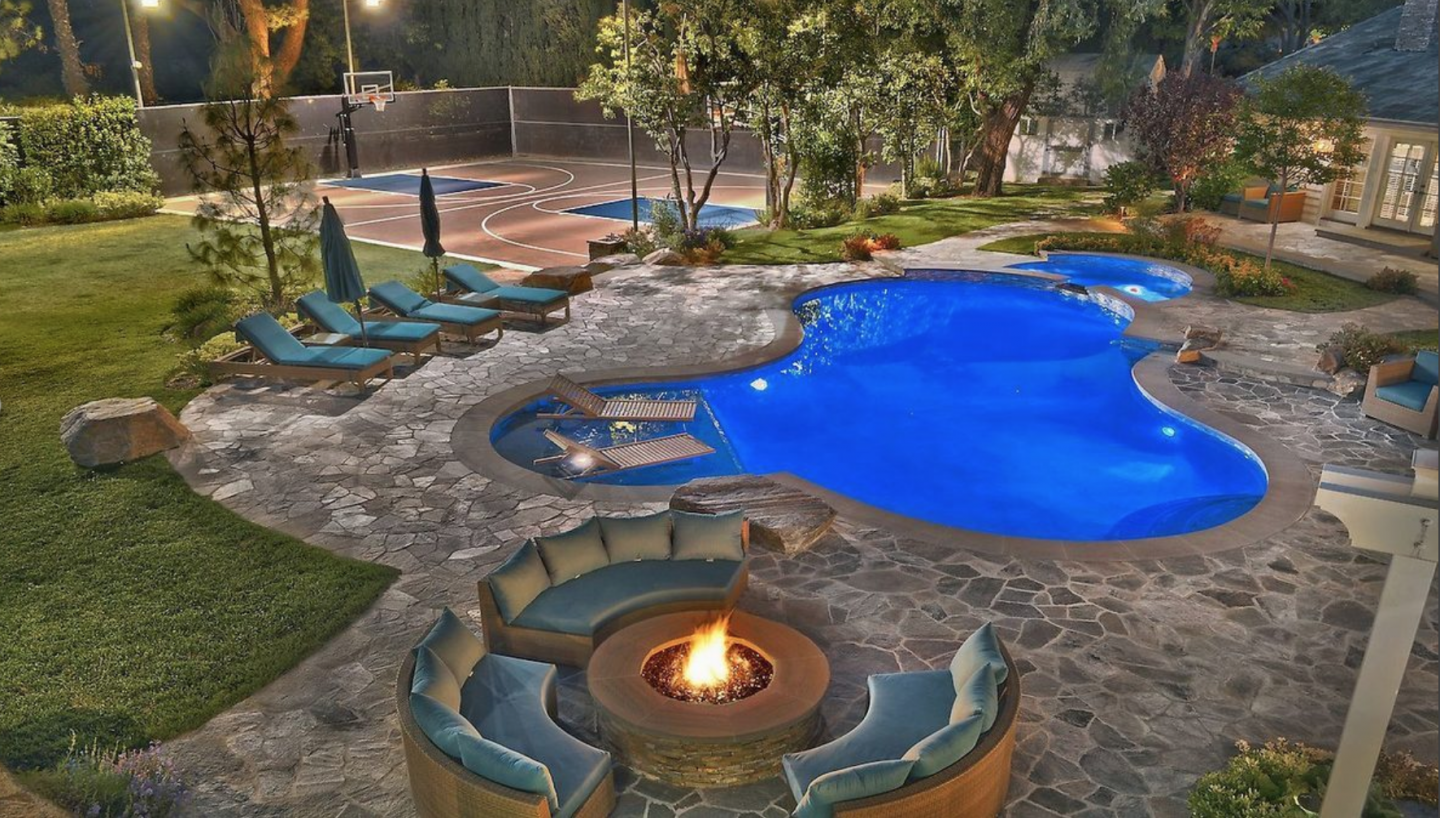 Azalea can go for a dip while boyfriend Young practices his jumpers on the full basketball court.

Azalea and Young embrace the fast lane. Azalea exploded into superstardom as an atypical rapper (female, caucasian, blonde and non-American) with her smash Billboard No. 1 hit “Fancy,” and Young is the Lakers 6-foot-7 sharpshooter who hurls three-pointers without incurring the wrath of his teammate, NBA legend Kobe Bryant—yet. 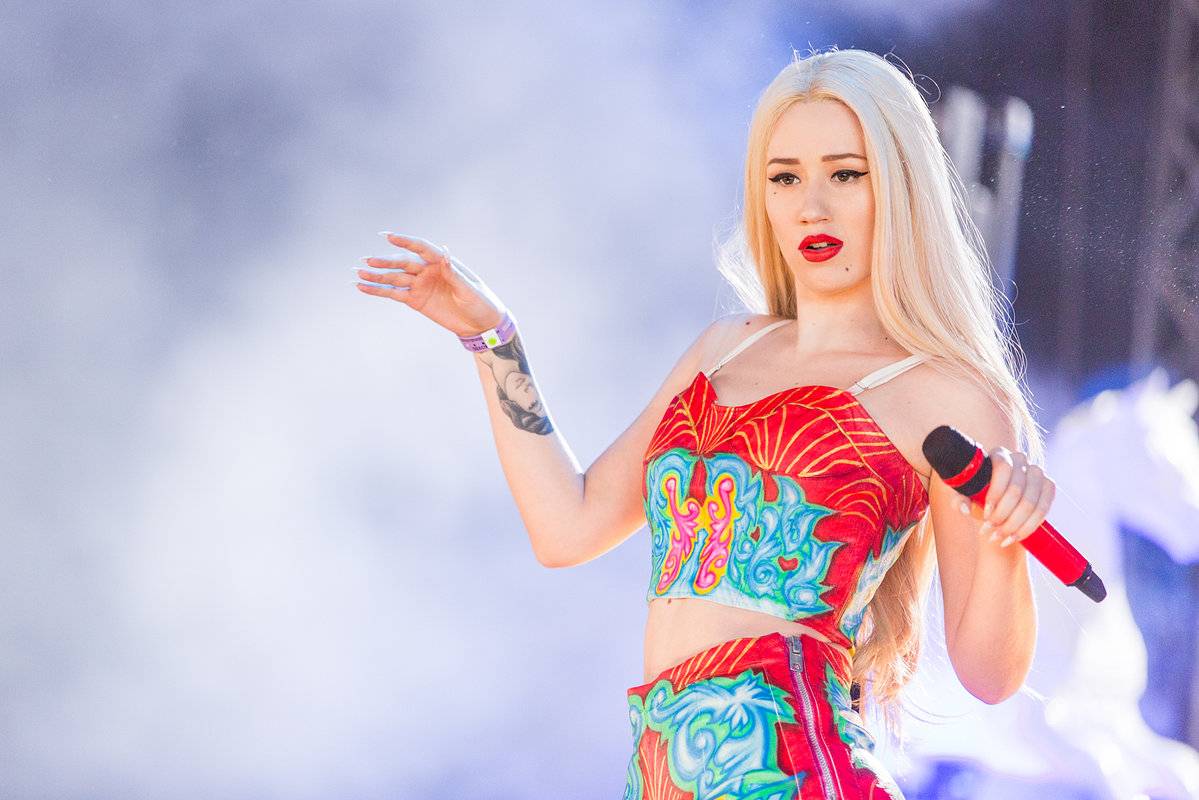 Iggy Azalea attained superstar status as a Hip-Hop artist with her No. 1 hit "Fancy." She held the top two Billboard spots (tying The Beatles record) when "Problem," her followup hit with Ariana Grande, made its debut. 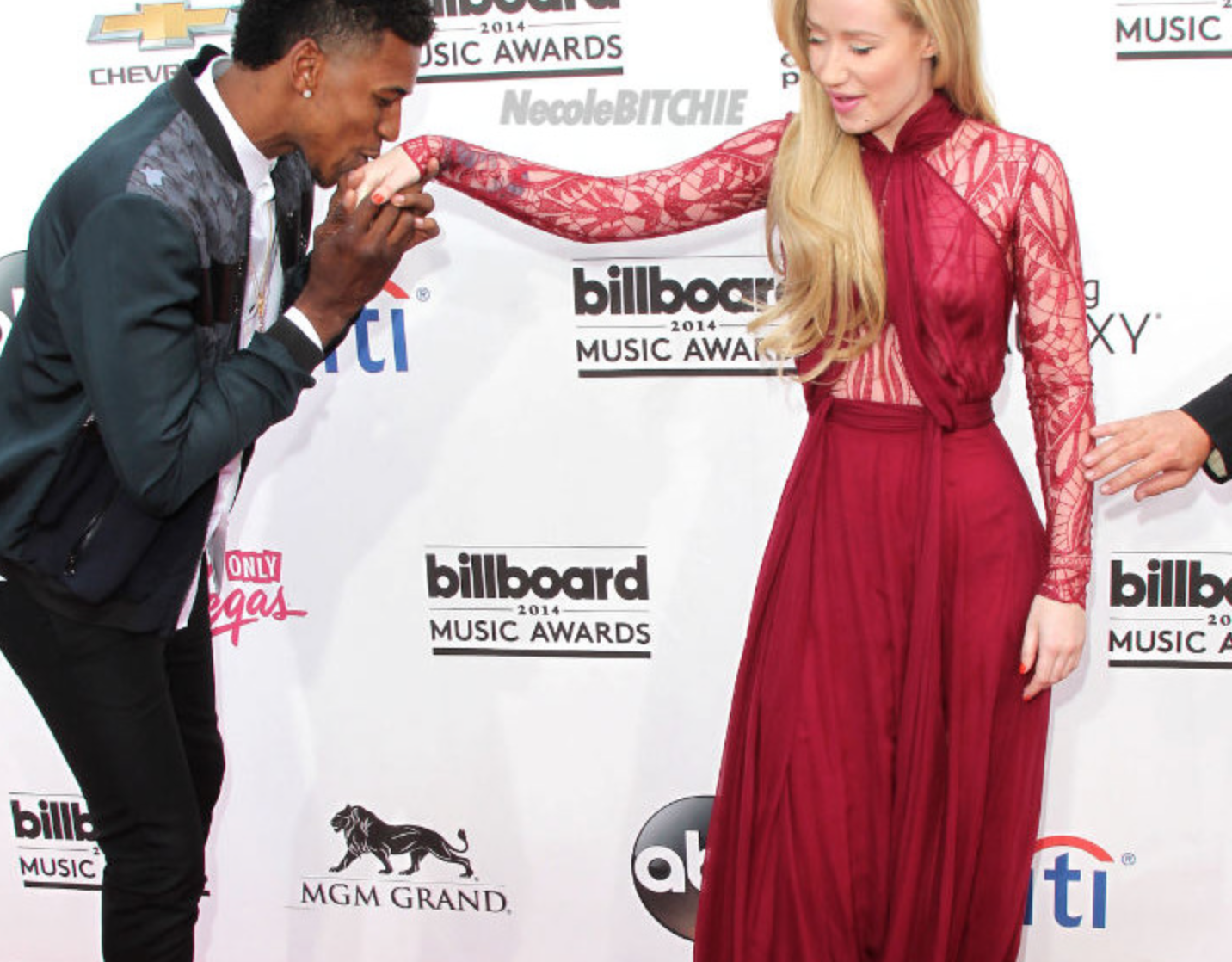 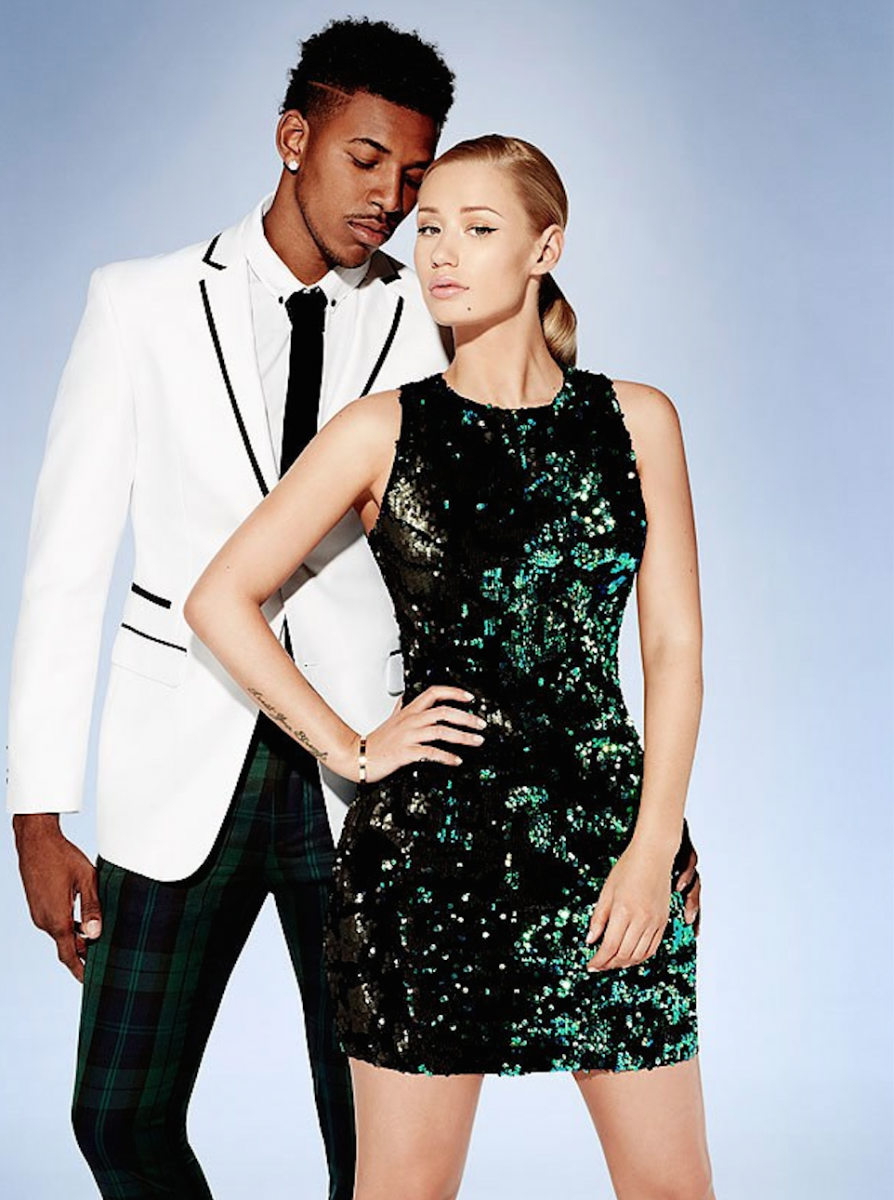 Young and Azalea have become the NBA's hottest couple and fashion magnets on the red carpet at entertainment events.

According to GQ Magazine, Young caught Azalea’s eye via hashtag—a truly modern couple. Rumors are swirling of an impending holiday season engagement, for which the new home would come in handy.

Azalea (real name Amethyst Amelia Kelly) and Young (who nicknamed himself Swaggy P.) are the NBA’s coolest fashion-conscious couple and red carpet regulars in Los Angeles—attracting so much attention that their media moniker is “Swiggy.” When you’re named after a gemstone, you must make it big. But let’s hope the lyrical coincidence of their new home doesn't inspire Azalea to live vicariously though her current single "Black Widow" where she raps, "I'm gonna love you until it hurts.” We know what black widow spiders do to their mates. For now, Azalea and Young are still living in the fast lane. Get ready Tokyo, Iggy is likely hitting you up for a new home next.