Floating Investment to the Caribbean

The Caribbean is making a comeback. It’s not as though the pristine beaches off these coveted islands went empty in the post-recession years, but luxury-housing demand did lose some of its luster. As is the case in most upscale destinations, however, the slowdown in activity was not so much about affordability as it was investment practicality. Now, the stars are aligning: Rising consumer confidence is bringing increased investment. The Caribbean is again rising in status as a popular place to park one’s money. 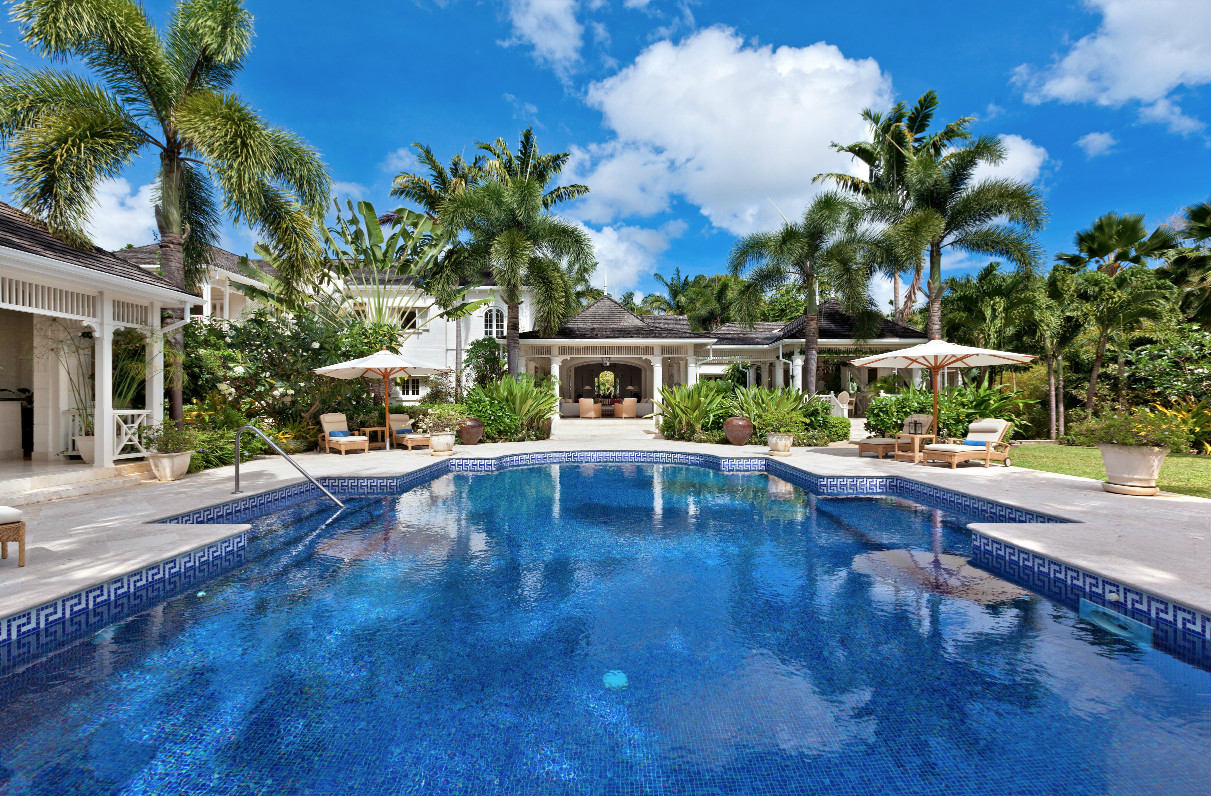 It’s a global trend that is benefiting the luxury Caribbean residential market. “We’re seeing ultra-high-net-worth individuals [HNWI] trying to ensure their capital preservation; they’re looking to areas where there’s not going to be a significant price fall, but they can still enjoy a certain lifestyle,” says Kate Everett-Allen, partner with residential and commercial property consultancy Knight Frank.

There’s the warm weather, the pristine sand, and the crystal-clear water, but beyond those seductive features, the Caribbean is a mixed bag, with each island having its own appeal and its own market successes. This region of floating isles between Florida and Venezuela encompasses 23 sovereign states and 13 dependent territories, but the affluent homebuying crowd has its favorites, among them: St. Barts, Mustique, Cayman Islands, Turks and Caicos, and Saint Martin.

St. Barts, officially Saint Barthélemy, is one of the Caribbean locales that is seeing its luxury residential market thrive. According to Knight Frank’s Prime International Residential Index (PIRI), which tracks the value of luxury homes in 100 key locations worldwide, St. Barts ranks 25th, with prices having increased 3.04 percent, year over year, at the close of 2016. A euro-dominant island, St. Barts has benefited from the strength of the U.S. dollar, as American buyers flock to the market to get the most bang for their buck. Additionally, as global retail brands continue to set up shop in the French-speaking destination, an increasing number of international investors are feeling the allure: France and then the U.K. follow the U.S. as the leading overseas homebuyers in St. Barts. Recent transactions include Villa Teman, a three-bedroom, three-bathroom cliffside property that fetched €14,500,000, or approximately $15.8 million, through Sibarth Real Estate.

A part of Saint Vincent and the Grenadines, Mustique, which ranks 39 on the PIRI 100, is seeing lively activity in its market, as well. The exclusive island of roughly 100 villas holds a position of prominence among HNWIs, given the substantial level of privacy, security, and exclusivity it provides––a trifecta not so easily attained anywhere in the world. Per Knight Frank’s Wealth Report, personal security shares the top spot with lifestyle on the list of the most important factors for ultra-HNWIs when choosing somewhere to live.

Despite the limited supply, sales have been strong for the last 18 months and are expected to continue on the upswing this year. Key buyers in Mustique hail from the U.K., followed by France, the U.S., and Switzerland. Regarding exclusivity costs, the most active price bracket is $5 million to $15 million. 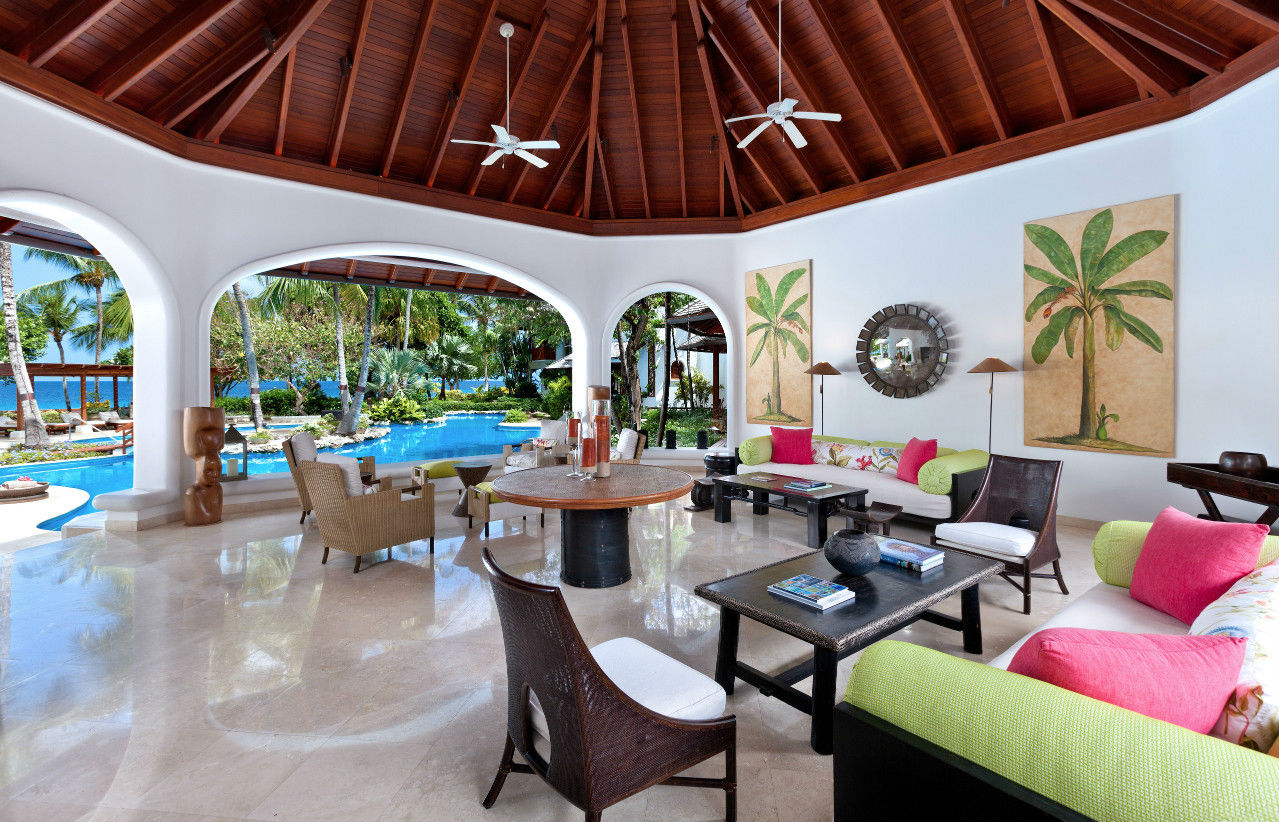 On the Cayman Islands, particularly in its most coveted area, Seven Mile Beach, the dampening effect of the global financial crisis is a mere speck in the rearview mirror today. “The market here is very buoyant at the moment,” says Jonathan Sparrow, sales partner with Cayman Islands Sotheby's International Realty. “There’s very low inventory, especially on Seven Mile Beach––it’s the lowest in 15 years.” The high, pent-up demand usually results in at least five or six buyers vying for a property and subsequently, pushing prices up above the list price. Clearly, there’s something about the Cayman Islands. “Cayman really is high-end luxury,” Sparrow adds. “Few people here; nice and quiet. It’s not low-budget like Dominican Republic. Cayman is exactly the opposite of that. Billionaires will walk the beach and nobody will bother them, and nobody would even know.” But it’s more than that. Unlike most of the Caribbean, the Cayman Islands aren’t beholden to its vibrant tourist industry; rather, it’s the financial sector that drives the economy. The Cayman Islands is one of the largest financial centers in the world, and it boasts the highest income per capita in the Caribbean. U.S. investors are among the Cayman Islands’ biggest fans, and not just because of its high income per capita has translated into a very low crime rate and a substantially high standard of living. Americans are drawn to the advantageous tax laws. “We’re seeing American people come here to give up residency in the States and actually take up residency here,” Sparrow remarks. “The U.S. is an interesting situation; it’s one of the few places in the world that has global taxation. On the Cayman Islands, the way the economy’s run, there’s very little tax whatsoever, so it’s more of a consumer economy.

Options for buyers are limited, particularly on Seven Mile Beach, where most availabilities are in vertical developments. However, there are always those rare opportunities, and Coconut Walk Estate is one of them. It’s one of just a few villas on Seven Mile Beach. Sotheby’s is marketing the property with a price tag of $14.95 million. The secluded, 1.45-acre property consists of an 8,400-square-foot main residence with seven bedrooms and six and a half bathrooms, in addition to two one-bedroom apartments for a total of more than 10,000 square feet. Opportunities at vertical properties are slim, although Four Seasons is slated to develop a hotel and residences project near Tiki Beach.

Construction activity is more robust, however, on Turks and Caicos, the archipelago nation sited just 550 miles south of Miami. Eight of the 40 islands and cays are inhabited in this British Overseas Territory, where strong housing demand has continued to grow stronger since the last quarter of 2011. “The location, the ease of access, and our beautiful beaches are the three top things that have drawn people here,” says Denise Douglas, a manager with Turks and Caicos Sotheby’s International Realty. “People don’t want to take forever to get to where they want to go––that’s the first criteria for people.” The Turks and Caicos housing market has benefited greatly by the star factor: The widely publicized visits of prominent celebrities have resulted in a sharp increase in the islands’ popularity over the last couple of years. The market is on fire, with both the condominium and private villa sectors thriving. However, it’s the private villa market that has really come to the forefront, establishing itself as a stand-alone category. Condominium sales dropped from the 101 in the fourth quarter of 2015 to 92 in the fourth quarter of 2016, according to a Sotheby’s report, while year-over-year sales of single-family homes and villas increased from 55 to 78. 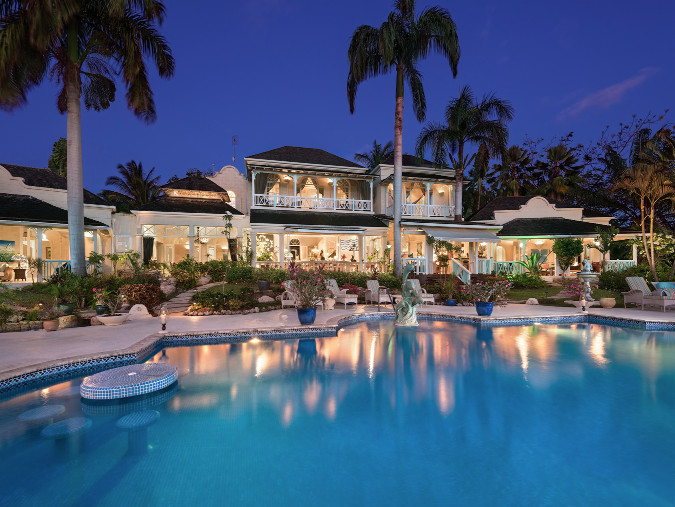 Developers are responding to the increasingly loud cry for accommodations, erecting villas in new enclaves throughout the Providenciales. (Turks and Caicos consists of two groupings of islands: the Turks Islands of Grand Turk and Salt Cay, and on the other side of the Turks Passage marine trench, the larger Caicos Islands group of Providenciales.) Grace Bay Resorts launched sales in May for Rock House, a luxury resort and residential project that offers 41 cottages and four single-family homes. The development community is answering demand in the Turks and Caicos condominium sector, too, where no vertical developments have sprouted up since 2009, Douglas notes. Ritz-Carlton plans to develop The Ritz-Carlton Residences at Turks and Caicos, paving the way for 60 five-star condominium units along the beach at Grace Bay. “Potential buyers would want to feel an urgency to get into the market here in Turks and Caicos because things are selling fast,” Douglas says.

In general, the forecast for the residential market across the most popular Caribbean islands is sunny. Per the Knight Frank report, there’s renewed optimism in the British Virgin Islands, a sailing paradise that will continue to see steady sales volume this year. There are signs that activity is beginning to pick up again in Barbados―which is closely tied to the U.K. investment community and its economic concerns––particularly in the $15 million-plus trophy segment. And St. Martin/St. Maarten, the smallest island in the world that is overseen by two sovereign governments, recently took the spotlight with news that President Donald Trump had listed his Le Chateau des Palmiers, a complex featuring a five-bedroom villa and a four-bedroom villa. “We’re still seeing a degree of oversupply in some parts of the Caribbean, but those properties, which are of high quality and finished to high standards, sell a lot quicker,” Knight Frank’s Everett-Allen explains. “Good quality property in a good location; at that prime level, buyers don’t want the hassle of renovating―they want to move in immediately, and those properties in that condition tend to sell faster.”