Midtown Manhattan is in the midst of a space race. Sure, the city craves residential space, but we’re talking outer space (or so it seems). 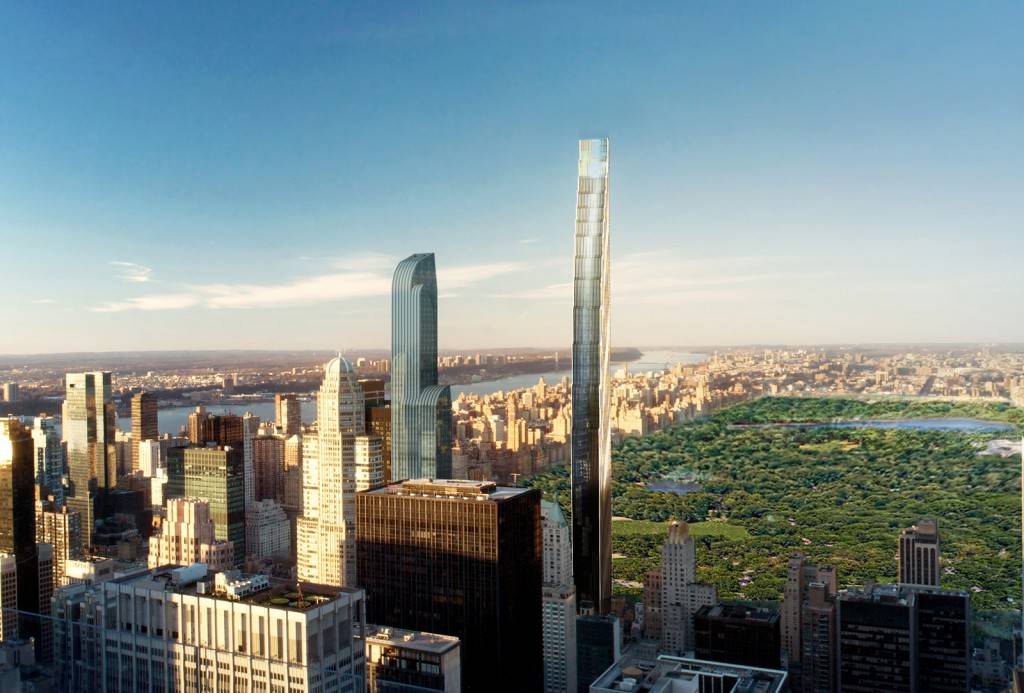 At 1,421 feet tall, the planned 111 West 57th Street skyscraper is projected to be the tallest and skinniest residential tower in the Western Hemisphere--until the proposed Nordstrom Tower surpasses it. 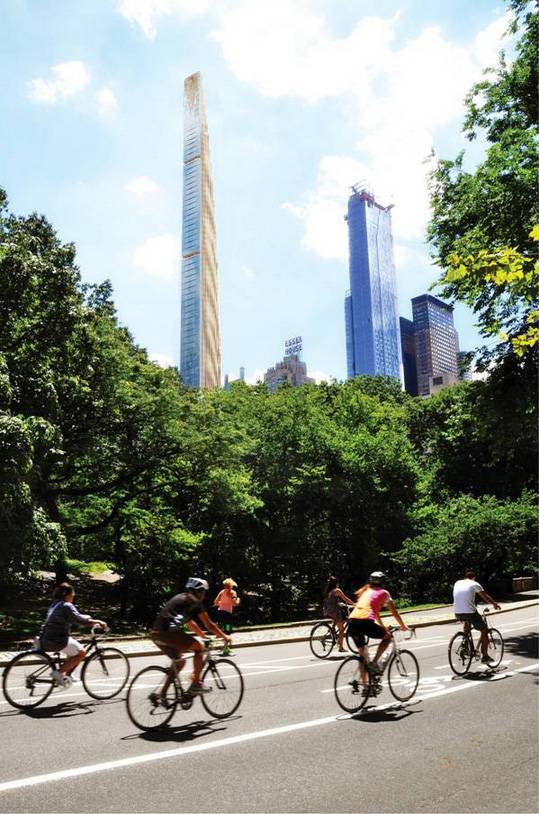 On the heels of One57’s condominium (1,005 feet tall) and 432 Park Avenue’s tower (1,396-feet tall), comes word of their future neighbor—111 West 57th Street’s “skinny skyscraper," which will become the city's next superstructure champion at a proposed 1,421 feet tall. Planned by SHoP Architects, the building is already touted as the tallest and most slender residential skyscraper in the Western Hemisphere. That's due to be a temporary title as more super skyscrapers are on the horizon (literally and figuratively)—most notably the future Nordstrom Tower (225 W. 57th Street) slated to be 1,479 feet (1,775 feet including a spire).

The 111 W. 57th skinny building, which was approved by New York City last week, is projected to be an 80 stories tall and an implausible 60 feet wide, according to Crain's. The tower will feature full-floor and duplex apartments (reportedly only 45 large units total) with 360-degree views, including unparalleled views of Central Park. Developers are finalizing a $500 million construction loan, Crain's reported. The project is being developed in partnership with Property Markets Group and will be built by JDS Construction Group with completion slated for early 2018.

As part of the adjacent landmark Steinway building, the skinny tower combines the classic skyscraper terra cotta façade of yesteryear with the modern opaque glass tower of today.

The Steinway building has been a fixture on 57th Street since 1925.

Like its sister superstructures, the new tower rethinks the idea of the classic skyscraper. According to builder JDS, the skinny-scraper will be a combination of the original landmarked Steinway building designed in 1925 by Warren & Wetmore, and a new tower addition designed by collaborator SHoP Architects on an adjacent site. The tower pays some homage to the past, showcasing a feathered (not stepped) profile and terra-cotta and bronze filigree on the façade, reminiscent of historic New York towers.

All huddled around “Billionaire Row,” these modern, obstructing superstructures have obliterated notions that past panoramic views are sacred. These recent skyscrapers are the future—the new icons of Manhattan’s spectacular skyline.

The skinny skyscraper, with its feathered form, was designed by SHoP Architects.

The 111 W. 57th Street tower is creating great controversy because developers plan to erect it with non-union labor. In fact, the process has already begun—construction managers and non-union subcontractors poured the building's foundation last September. By summer, developers plan to raise the tower's reinforced cast concrete frame with more non-union personnel. Naturally, organized union labor has strongly protested this strategy by picketing the site. They doubt the superstructure can be completed this way. If the skyscraper is completed effectively, that's a game-changer for construction of New York City skyscrapers.

Off site, the vocal critics of neighboring One57’s condo construction surely will have strong opinions about the overall superstructure trend, as architects and developers like Extell Development Company, CIM Group and Property Markets Group flex their muscles (and perhaps their egos) to build stronger and higher—topping each other in the process.

In this area, the intense competition of edifices is accommodating the uber wealthy with massive living spaces and heavenly views overlooking (and in some cases overshadowing) Central Park. Local complaints aside, someone’s going to pay, luxury apartment seekers or Central Park sunbathers who will bask in too much shade. Front row seats are always costly, especially on Billionaire's Row.

Post-9/11 fear of taller buildings gave New Yorkers great pause. But after a decade of recovery, developers pushed the fast-forward button on superstructures again—apparently the higher, the better.