In 2006, Updown Court, one of the largest and lavish private residences in the UK – about 20 or so miles outside of London – was spec-built and put on the market for £75,000,000 (about $145,000,000). Recently, the luxe residences were seized by the Irish government in a foreclosure proceeding after the property developer, Leslie Allen-Vercoe, failed to keep up the mortgage payments secured by the state – about £50,000,000, according to RealEstalker.

The design of Updown Court, under Scottsdale, Arizona architect John B. Scholz, resulted in a sprawling mansion that ended up having four floors and over 50,000 square feet. The showy property, upon its 2006 completion, was then put on the market with a good deal of publicity behind it for a hefty £75,000,000, or about $145,000,000. The lavish driveway, with its gilt-trimmed wrought iron electronic gates and marble paving, reportedly cost Allen-Vercoe around £3,000,000 alone. 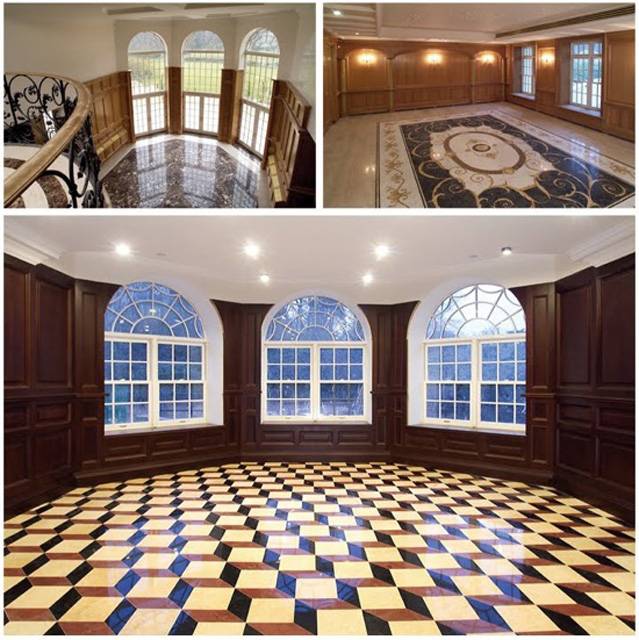 The entryway is embellished with Corinthian columns and double oak doors that lead into an “airport terminal-sized” reception area, which features a triple-height ceiling, sweeping double staircase and elevator, two walk-in coat rooms, two powder rooms, and three sitting rooms. The excessive main house is divided into east and west wings; the east wing ground floor houses a three-room suite with half bathroom that could be a home office and a separate bedroom with a fireplace, kitchenette, and a his-and-hers bathroom, while a glass elevator lets out directly from the master suite to an indoor swimming pool and spa.

The west wing’s ground floor boasts gigantic semi-public rooms that include a library, sitting room, banquet hall or dining room, and private quarters that include a fully-equipped kitchen, circular breakfast room, and an octagonal family room that opens onto spacious terraces overlooking the property. The long corridor of the west wing opens up into a glass-walled, air-locked space that leads into yet another indoor swimming pool lined with Corinthian columns that also boasts a circular spa, massage room, “party-size” sauna, and his-and-hers dressing rooms. 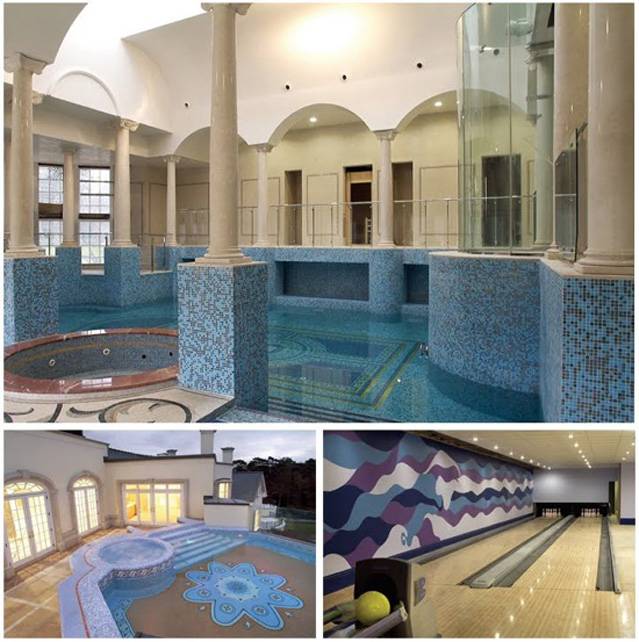 The grand total for the palatial behemoth is 24 bedrooms, 25 full bathrooms, 10 half bathrooms, and 4 bathrooms located in changing rooms of the indoor pools. Although Updown Court was certainly a feat of design, engineering, and architecture that resulted in an excessively opulent abode, there were only a few interested parties, with none willing to seal the deal for the astounding original asking price. Even after lowering the price to $123,000,000, it seems that Updown Court foreclosure debacle leaves the fate of the place yet unknown.