Our friends at TopTenRealEstateDeals.com have rounded up a hot handful of luxury residences presently for sale, from a dreamy estate in Sin City, to a picturesque plantation in the south.

Spanning a jaw-dropping 43,500 square feet, Casa Paradiso—now priced at $25 million—breaks down into 18,000 livable square feet (including a separate full guesthouse); a 4,684-square-foot garage; a 6,636-square-foot patio (including a porte-cochère); and a 14,192-square-foot recreational building (complete with an indoor hockey rink/basketball court, squash/racquetball court, indoor batting cages, and a kitchen for whipping up snacks). 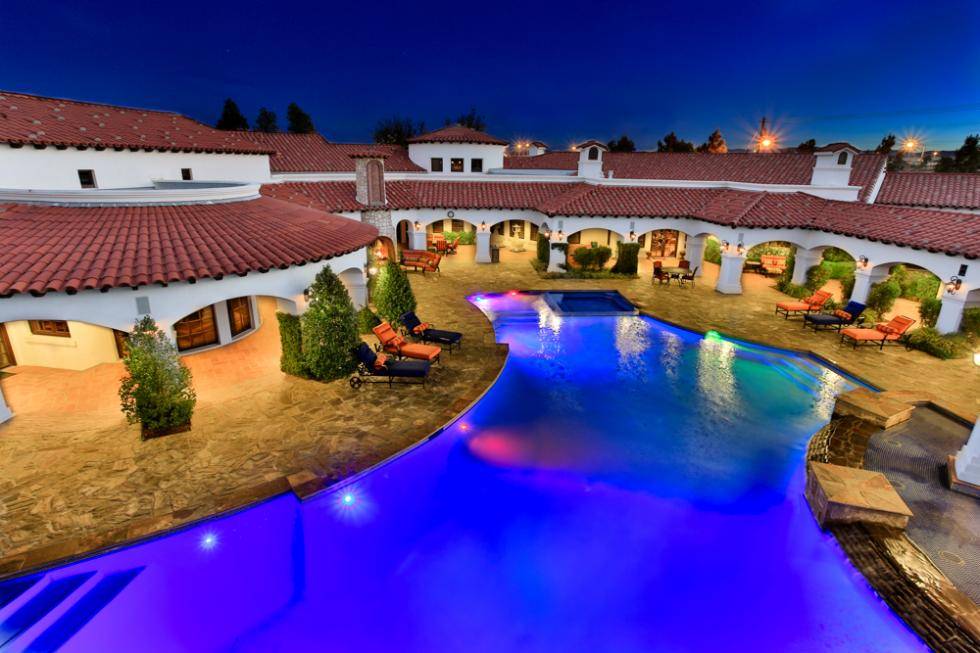 Sited on five acres, the property’s main house consists of seven bedrooms, 14 baths, a foyer opening to the formal rooms, a wine cellar and butler’s pantry, and a double-height gourmet kitchen with three islands and a breakfast room. There’s also a family room, office, and billiards/game room, on top of a gym and an in-house theater with a built-in concession stand. As if all that’s not enough, a putting green, swimming pool with a spa and waterslide, covered loggias, and an outdoor fireplace and kitchen also rest on the mammoth grounds.

Designed by famed architect Joseph Esherick—best known as the man responsible behind the Cannery near Fisherman’s Wharf and the Monterey Bay Aquarium—this 4,600-square-foot, four-bedroom house, now asking $11.75 million, is accessible via a 14-foot glass front door adorned with Steuben crystal knobs, which opens into a foyer punctuated by a 40-foot, spiral stairwell crowned with a skylight.

Two large, glass-encased living spaces—each with a wet bar and fireplace, overlooking San Francisco Bay and Alcatraz—rest on separate levels, accessible via an elevator that leads to all three floors. The property also comes with enough parking space to accommodate up to five cars.

Once featured in the film The Bodyguard starring Whitney Houston and Kevin Costner, this rustic wooden home on Lake Tahoe’s Fallen Leaf Lake—dubbed Tallac House—is now on the market for $7.995 million. 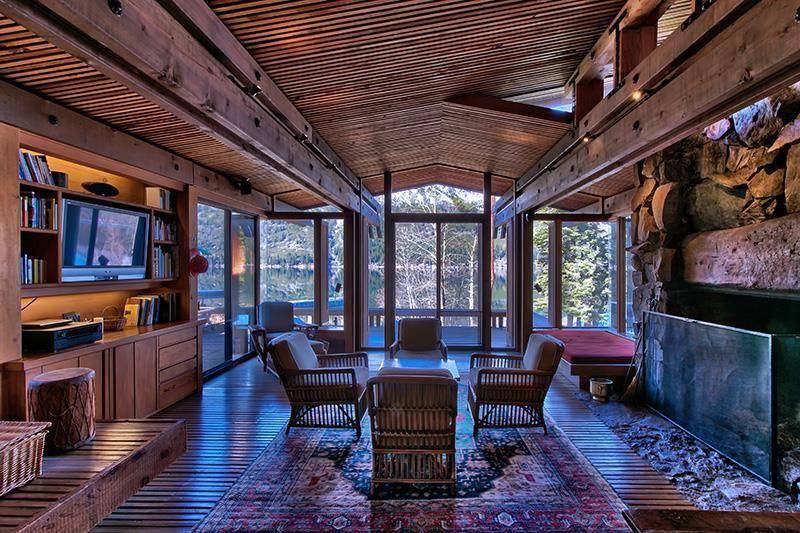 Sited on 2.74 tranquil acres, the five-bedroom, three-bath home—which spans over 3,000 square feet—has a large deck overlooking Tallac Mountain from every room, along with 197 feet of lake frontage. An ideal vacation abode or full-time home, the estate showcases a huge rock fireplace, a three-car garage, and a 76-foot pier—the perfect launchpad for all sorts of water sports. 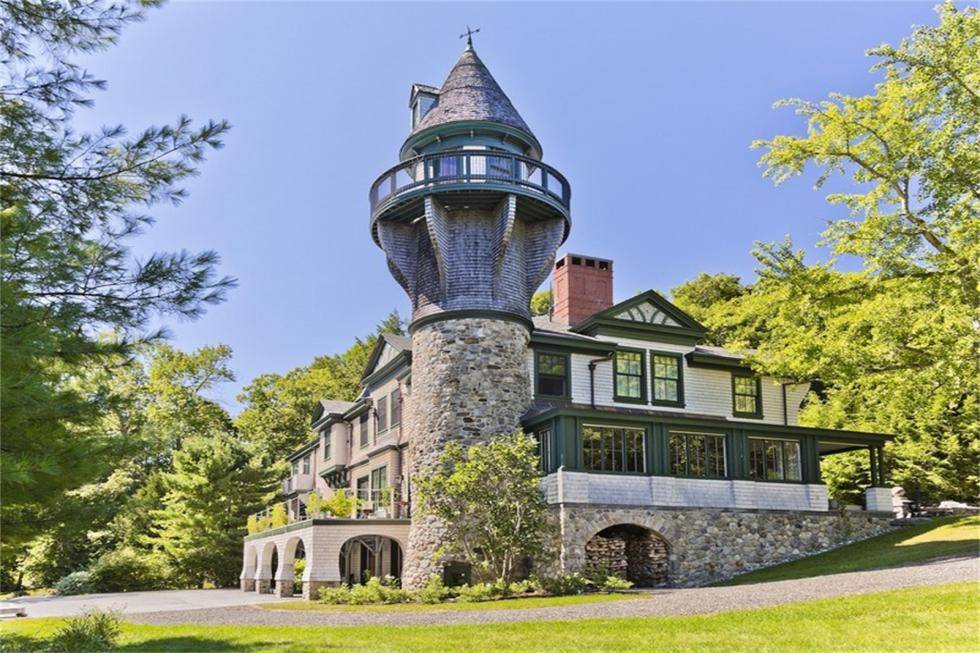 Though not nearly as grand as the 10,330-square-foot mansion it was created to complement, the residence is resplendent in its own right, offering 5,656 square feet of living space including five bedrooms and five baths, plus a spacious living room and recreation center and lounge. Other notable features include a wood-fired pizza oven in the basement, and two antique cast-iron stoves in the main kitchen.

Saturated in southern tradition, this 4,552-acre property is the site of the award-winning Honey Lake Resort and Spa. 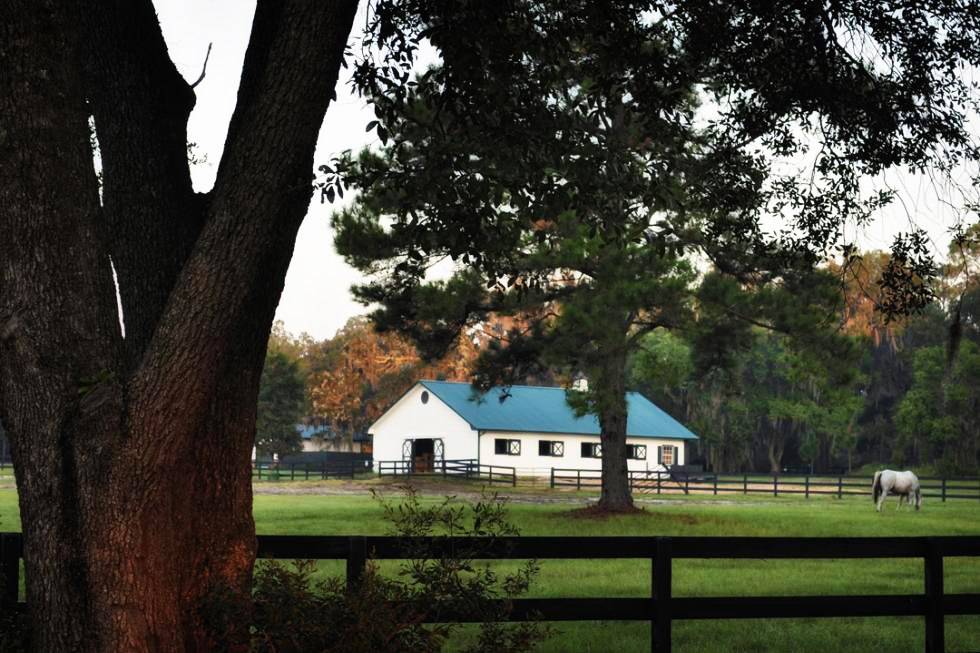 Dotted with cottages and lodges along with a main house, the estate is a favored wedding venue, featuring a restaurant, Howling Dog Saloon, and numerous pools, and offering a plethora of outdoor activities including hiking, biking, fishing, hunting, clay-shooting, horseback-riding, and kayaking. The entire lot can be purchased for $22.24 million, or in four parcels ranging from 99 to 2,850 acres.