There have been numerous times in the course of my career when I wasn’t called upon to overcome flaws in construction or poor planning, but rather to cater to the whims and/or reflect the personality of my client – no matter how unusual.

A vivid example of an “unusual reflection” concerned a major movie personality with a proclivity for bugs (yes, like cockroaches!) and insects too. I’m not quite sure if this is still an on-going love affair for him, but I can assure you it certainly was at that time. 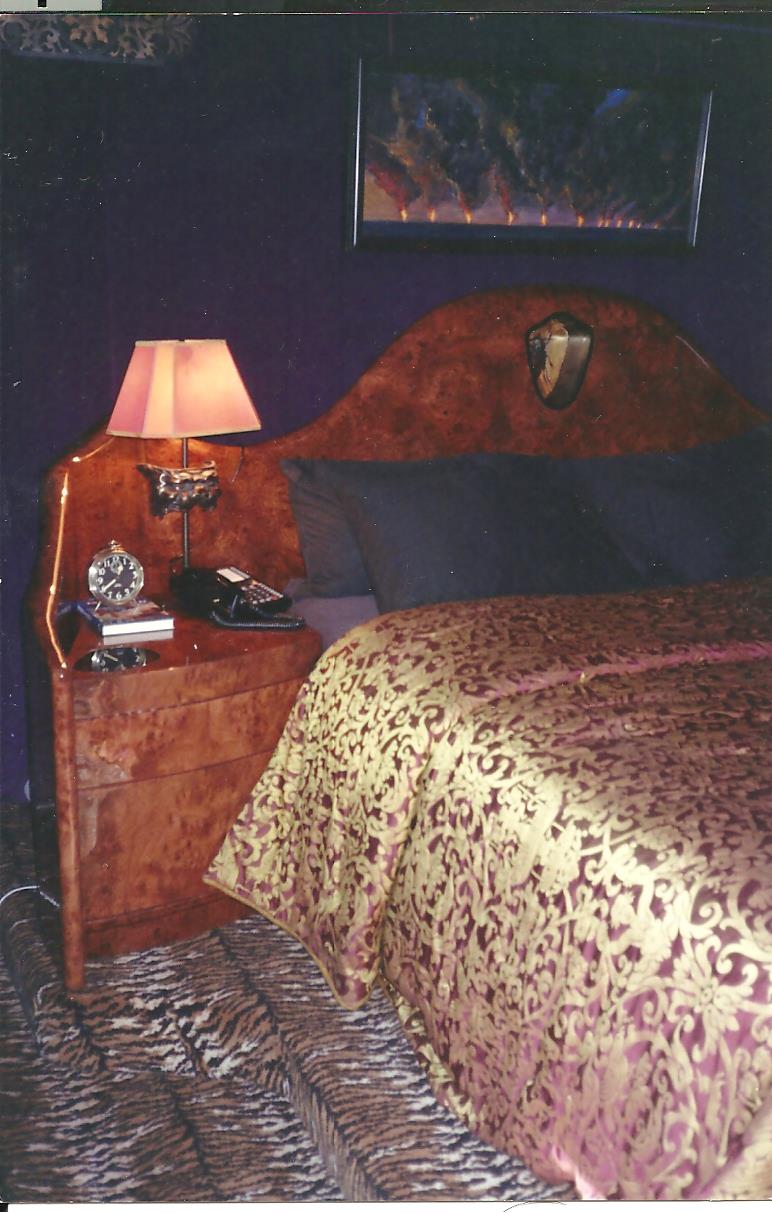 It all began one morning in my showroom in Beverly Hills. I was sitting at my desk taking care of some paperwork when the door opened and in walked Mr. Big Movie Star carrying several small boxes. He had already approved my design for his custom bed which I fashioned in the shape of a bat; to be executed in a magnificent Carpathian elm burl wood with a clear high gloss resin.  And so I was already familiar by that time with his love for the insect kingdom – never dreaming he would go to such lengths as the “crowning touch” that was about to be revealed to me that fateful day.

After a polite exchange of some banal pleasantries he struck – excitedly placing four small white gift boxes on my desk which he said he’d like to have included as part of the bed design. I hardly had any time to wonder about the contents of the boxes as he couldn’t wait another moment to reveal their precious contents: four of the most horrific looking insects I had never hoped to see!

I tried my very best to feign delightful surprise – but I don’t’ think he would have noticed whatever my reaction as he was so enraptured by the sight of these 'things'; probably already imaging them as an integral part of his new bedroom.

He hurriedly and proudly described them as rare, petrified Amazonian beetles (oh, so you mean they weren’t  giant cockroaches, after all?) which he looked forward to having permanently lodged in his bed so that they would always surround him!  I was instructed that the two larger ones were to be placed one in the headboard and one in the motorized up/down television cabinet . The two smaller “beetles” were to be placed in either of the night tables. All four were to be mounted on a gold background and under glass. I remember thinking to myself, “is this a great life or what!” 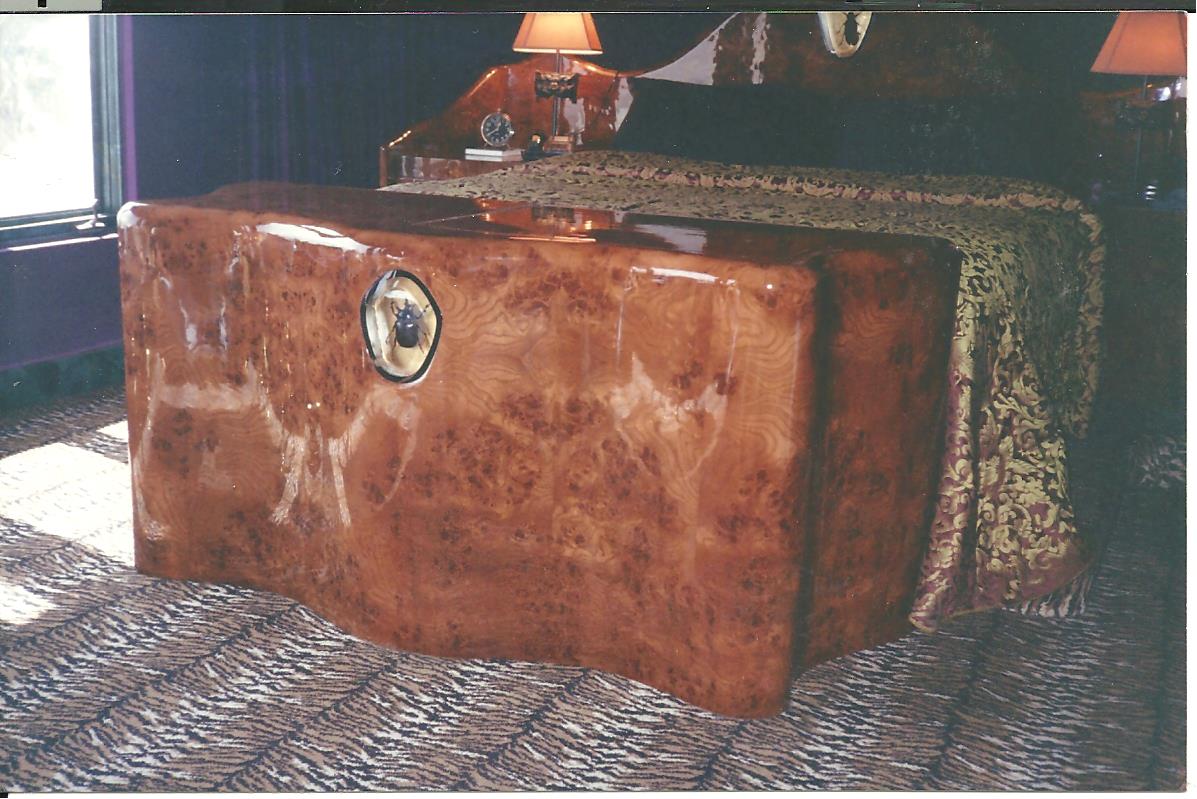 The “bug bed” was a great success and really quite elegant in its own special way; and, of course, much talked about.  It was even mentioned in several interviews with Mr. Big Movie Star. Imagine my pride of accomplishment at this feat! Seriously though, I was there for a client that had a very special need for a special designer that could embrace his vision and run with it.  No doubt, it made for a very interesting experience.

For more information on Stephen Leon, visit his Haute Residence profile and website. 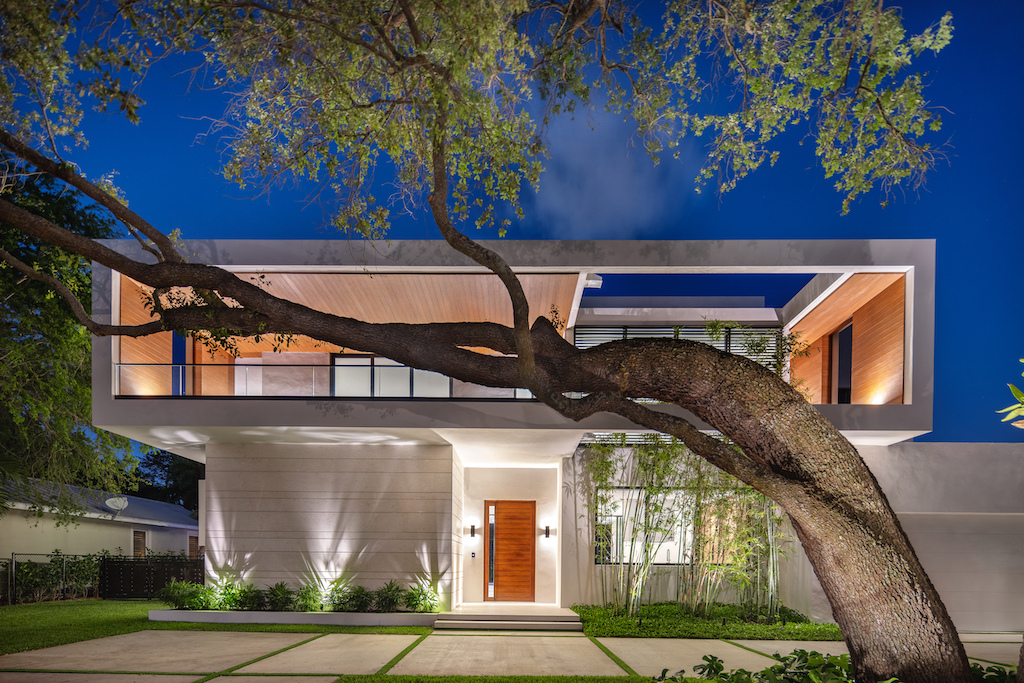 Balli Group Distinguishes Itself in the Coral Gables Area

Jan 12, 2022 / Comments Off on Balli Group Distinguishes Itself in the Coral Gables Area 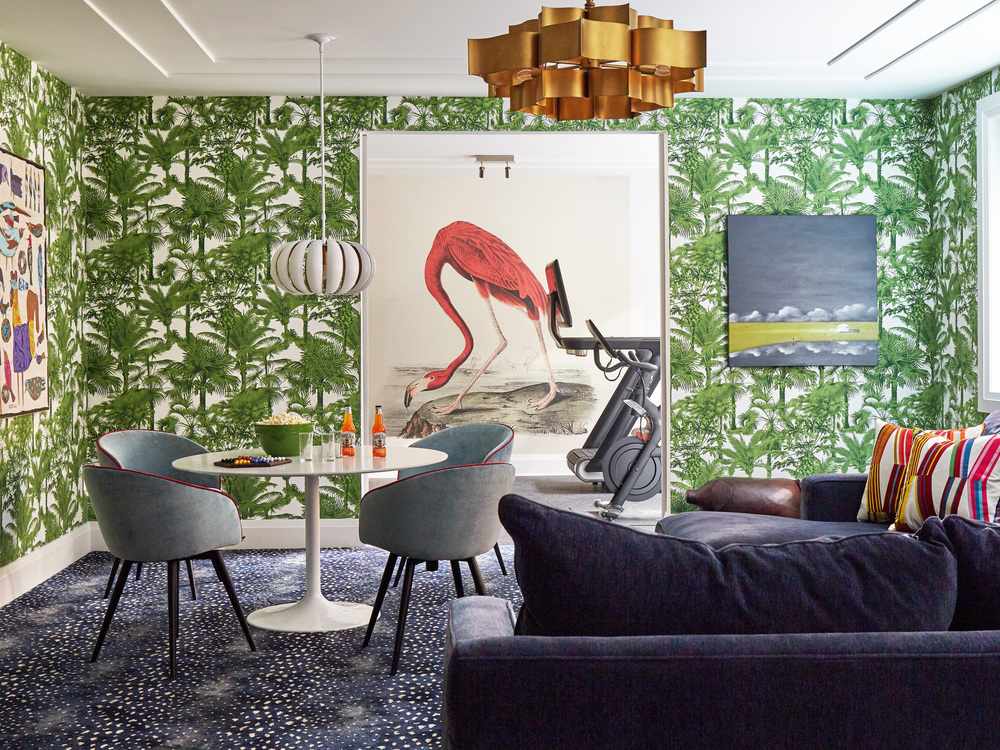 Jan 11, 2022 / Comments Off on Haute Design Expert Jasmin Reese Shows How To Use Color In Interior Design