This is a true rarity in the Marina area of San Francisco—a duplex designed by none other than Richard Neutra has hit the market for $3,950,000. 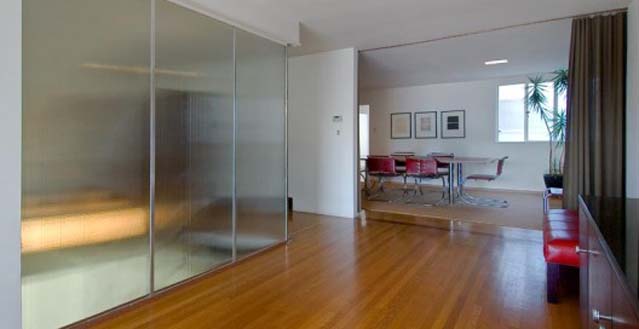 It’s reported that the beautiful duplex that has just been listed in the San Francisco market was originally designed by Neutra for two doctors. The surviving wife of one of those doctors sold the entire building in 1993 to architect Chad Overway who meticulously restored the complex piece by piece over a time frame of approximately ten years. Overway removed the “outdated-looking tiles” and incorporated a more minimalist kitchen with Neutra-replica frame chairs, and a replica stainless steel fireplace. 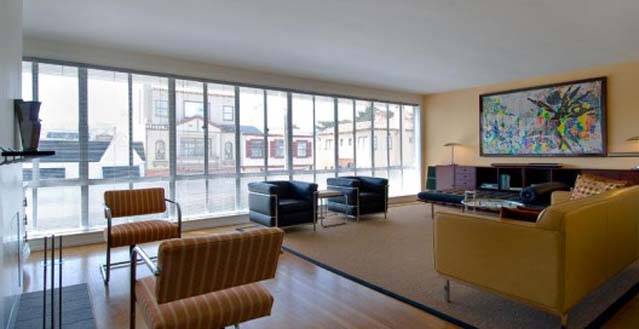 The coveted building has a four-car garage and is made up of two units, 2058 and 2056 Jefferson. In 2058 Jefferson there are two floors which consist of three bedrooms, three bathrooms, 2,530 square feet, and a “dramatic” roof terrace. In 2056 there are two bedrooms, two bathrooms, and 1,724 square feet of interior living space.