New York City's first "micro-apartment housing" complex has been given the green light to begin housing actual residents this spring. The apartments, which are sponsored by the Department of Housing Preservation and Development, will be stacked at 335 East 27th Street in Kip's Bay after being assembled at the Brooklyn Navy Yard. 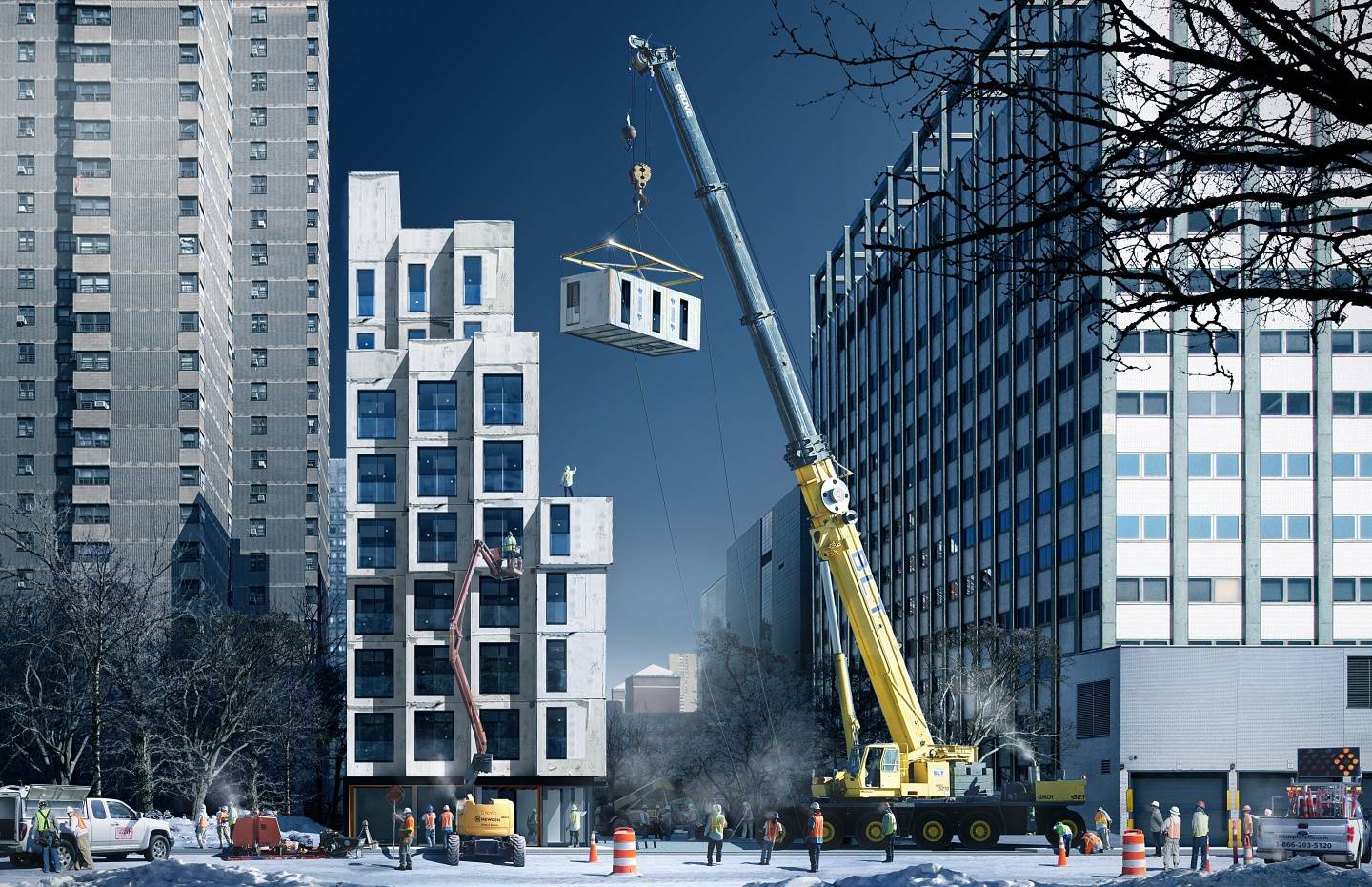 Each of the initial 55 prefabricated apartments will reportedly range between 260 and 360 square feet and will cost between $2,000 and $3,000 per month.

"Demand for these apartments seems clear: Eric Bunge, a principal at nArchitects, said that after winning the competition, his firm received dozens of calls from interested parties of all ages," reports the New York Times.

Take a look at the renderings of the project, courtesy of the NYC Mayor's Office:

If you liked this property, check out this exclusive gem in the heart of Midtown!