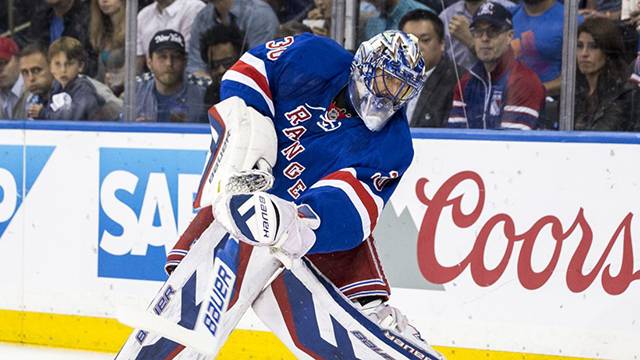 A duplex apartment in Manhattan’s residential tower The Link, belonging to NHL star, Henrik Lundqvist, is currently up for grabs at a discounted price.

According to the New York Post, the penthouse where the New York Ranger, his wife, and daughter have lived, was listed for $6.495 million last summer, but is now available for $5.49 million. The 2,035-square -oot home is a two-bedroom, two-and-a-half-bathroom that includes a spacious private terrace with a wet bar and hot tub, a dining area, and floor-to-ceiling windows. Located at 310 West 52nd Street, the building features its own outdoor courtyard and gym.

In December of 2013, Lundqvist agreed to a contract extension with the New York Rangers. The deal was reportedly worth $59.5 million for more than seven years and made him the highest-paid goaltender in the National Hockey League.