The event will be covered extensively by Fox Business Network and Anchor of FBN:AM, Cheryl Casone, who is taking her New York film crew to Miami's sandy beaches to interview some of the real estate industry's biggest names at the Summit.

The panelists will be part of this year’s Summit at one of the grandest residential locations in all of South Florida, where they will dialogue about the latest in the real estate market conditions and development.  Listen and learn from them by purchasing your ticket to the Summit HERE. 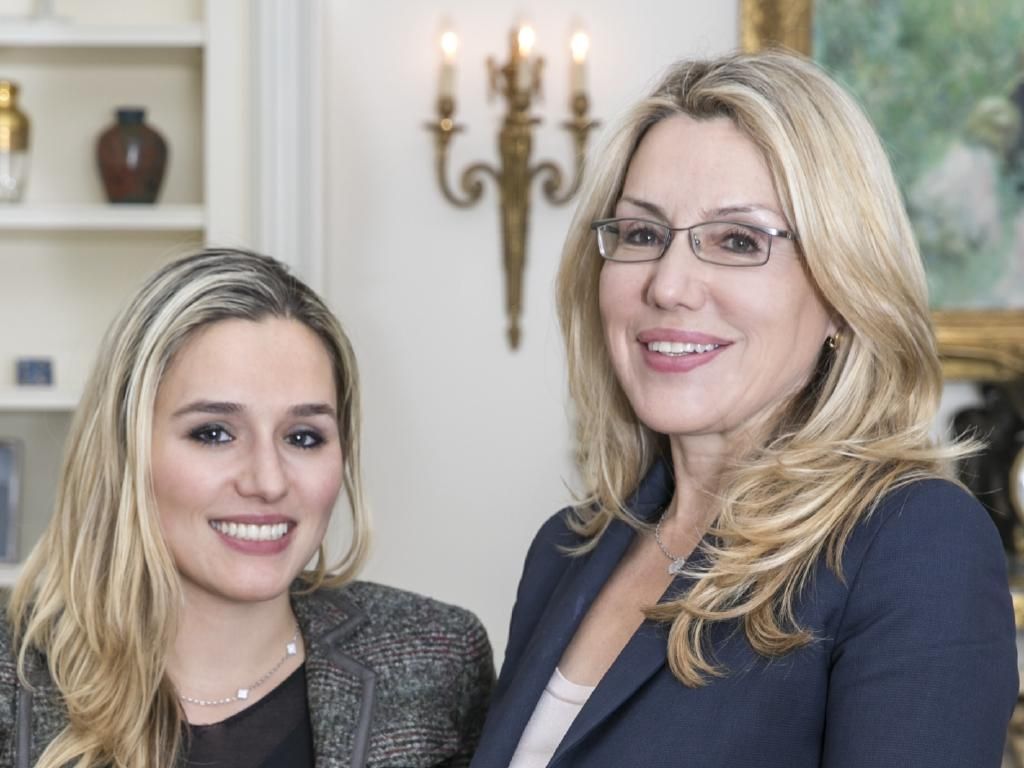 Dolly Lenz has been called "New York's Real Estate Queen" by The Economist. The Wall Street Journal named her the number" One Real Estate Broker in the United States". The former Vice Chairman of Prudential Douglass Elliman left that post to start her own luxury sales and marketing firm. During her career, she has sold $12 billion in properties, including a triplex penthouse for $57 million purchased by Robert Murdoch, as well as the New York Foundling's $45 million West Village Mansion. She has also managed the sales and marketing efforts for many of New York's most illustrious properties including the Ritz-Carlton at 50 Central Park South, the iconic Apthorp and Manhattan House condominiums, The Cipriani Residences, and 515 East 72nd Street.

Dolly is a Fox Business contributor as well as a columnist for Australia's largest publication, The Australian. She is repeatedly sought after to represent some of the most exclusive properties in the world.

Jenny Lenz is a native New Yorker. She attended The Dalton School on Manhattan's Upper East Side and subsequently The Johns Hopkins University in Baltimore, majoring in Economics and French . While there, she worked at Barclays as a Summer Analyst in the Investment Banking Division and upon graduation accepted a full time Analyst position in its Industrials Group.

She then transitioned into real estate, following in her mother's footsteps working for Dolly Lenz Real Estate. Her passion for the business started at an early age as she was exposed to some of the most breathtaking properties in the world, accompanying her mother on business trips to Europe and Asia. She has also fulfilled numerous speaking engagements at real estate conferences throughout the U.S and Australia. She strives to continue her mother's tradition taking on the New York and international real estate markets. She is regularly asked to opine on real estate matters on various media outlets including CNBC, NBC, and Fox Business. Jenny is also a columnist for The Australian–Mansions. 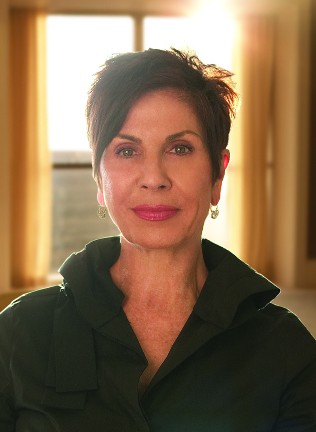 Reaching over $1 billion in sales over the last eight years, Mary Ann Osborn has secured her position as a leading broker in Century City and Los Angeles.

Through her extensive knowledge of the market and preconstruction projects, she offers her clients a smooth and satisfactory transaction, from beginning to end. Her market knowledge, professionalism, level of integrity, and customer service qualify her as a broker of choice for new luxury condominiums in Century City. Osborn’s interpersonal skills and tactful approach has been validated by the particular demands of servicing an elite clientele.

She has been quoted in Forbes, The Wall Street Journal, the Los Angeles Times, and Westside Today, among others.

She was the director of sales for The Century, a 42-story masterpiece designed by world-renowned Robert A.M. Stern Architects and developed by The Related Companies as their flagship entry into the West Coast. 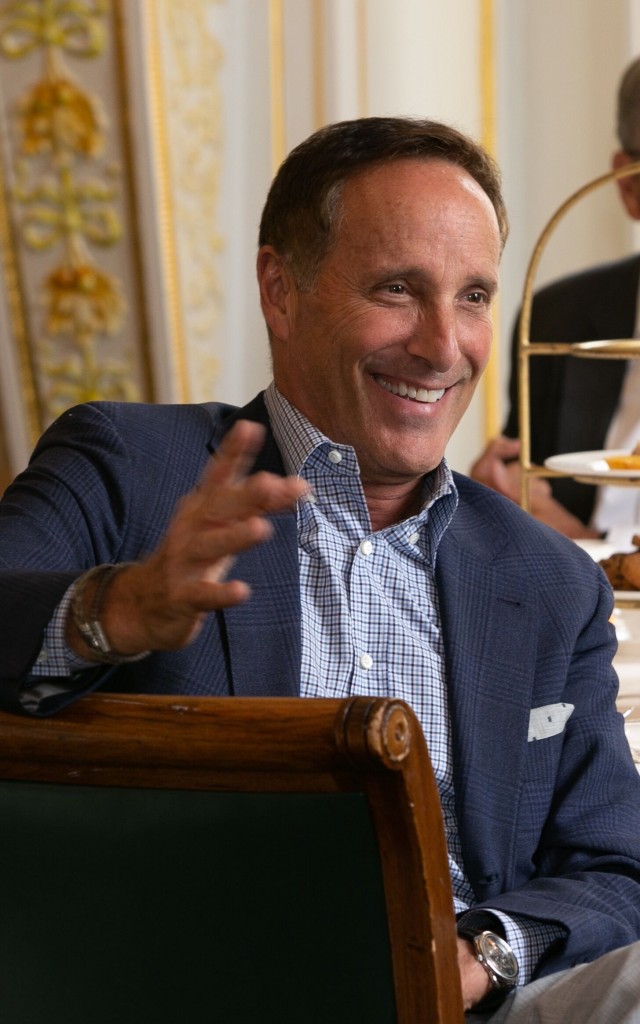 Richard Steinberg is one of New York's most successful and prominent brokers of apartments and townhouses. Grossing over $150 Million in sales yearly, Steinberg has consistently been a top producer. His comprehensive knowledge of the Manhattan marketplace has made him a frequently cited expert on real estate in The New York Times, The Wall Street Journal, The New York Observer and other publications. Steinberg previously starred on the hit HGTV television show "Selling New York," and can now be seen on "The American Dream New York City", which airs on WLNY-CBS. He has a client roster of New York's top celebrities, politicians, and business leaders.

Over the course of his career, Steinberg has successfully brokered sales in virtually all of the city's notable condominiums, cooperatives and townhouses. He has worked with private individuals and developers to identify a townhouse for purchase, renovation, and resale at significant profits in addition to working with individuals to identify townhouses as long-term homes. Developers have used Richard's expertise in closing out last remaining units in the top condominiums. He is adaptive to client needs, discreet, and known for his careful negotiations on their behalf. Richard holds a Doctorate degree, raised two children in New York along with his wife, and is a long-time resident of the Upper East Side. 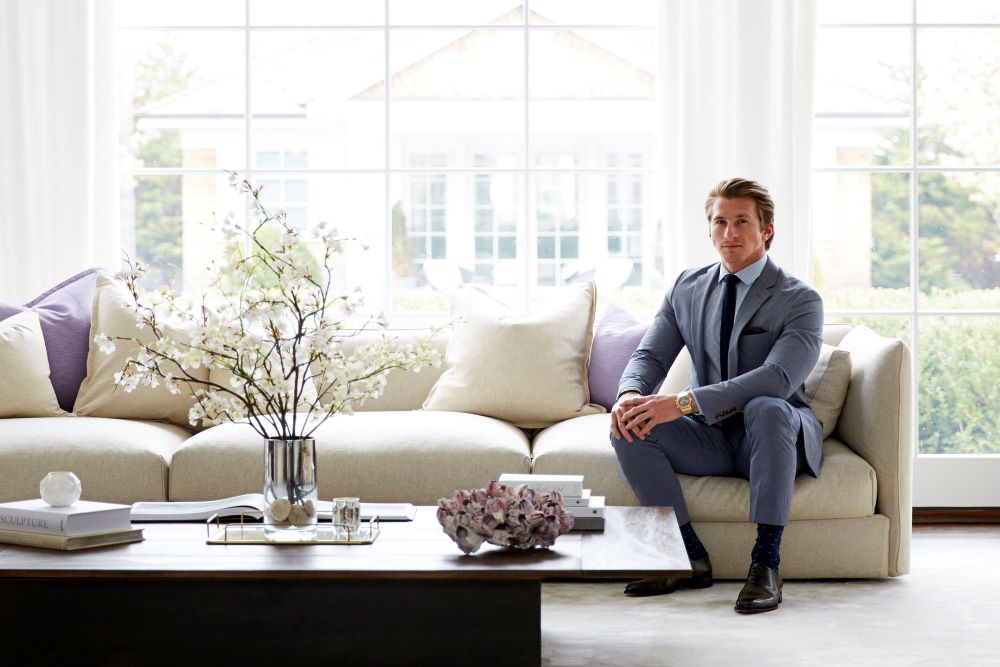 Cody Vichinsky is a Founding Partner of Bespoke Real Estate, the first and only $10M+ brokerage firm with no independent agents, and Bespoke Marketing, a fully integrated luxury branding, and marketing agency. Under Vichinsky and his older brother Zachary's leadership, Bespoke Real Estate has been consistently ranked #1 in the $10M+ market with nearly $3 billion in $10M+ property transactions and curated an exclusive portfolio of nearly $2 billion $10M+ properties. The Vichinsky's attributes much of this success to Bespoke's disruptive business model that enables clients to have access to Bespoke's entire company of niche-specialists who work collectively on their behalf, instead of working within the limits of what a single agent can provide. Under the same guiding principles of providing clients enhanced value, the Vichinsky's have spearheaded much of the growth and development of Bespoke Marketing, which has represented a global roster of luxury and hospitality brands as well as some of the most exclusive real estate in the world 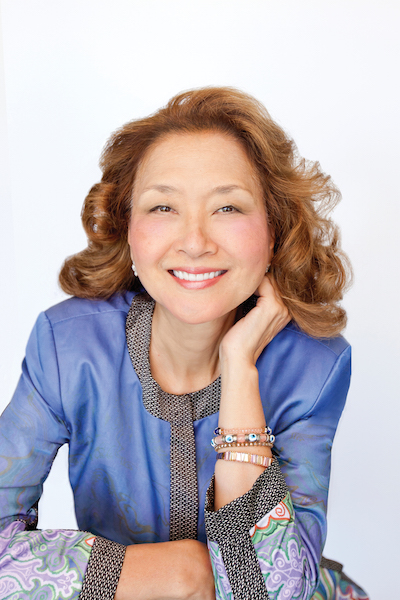 Olivia Hsu Decker is co-owner of Golden Gate Sotheby’s International Realty, with 23 offices in the San Francisco Bay Area from Silicon Valley to Napa Valley and 16 cities in between.

Born in Shanghai, China, Olivia has been marketing luxury properties since 1979. She was #1 agent at Merrill Lynch Realty in the 1980s among the 16,500 sales associates nationwide. She completed an international real estate study at the University of Oxford in 1990, founded Decker Bullock Realty with Bill Bullock in 1991 and acquired Sotheby’s International Realty franchise in 2007. Her company is a leading luxury home brokerage in the San Francisco Bay Area with sales over $4 billion in 2018.

Olivia has a unique sales ability and connection to an affluent clientele. She combines the Sotheby’s International Realty’s global exposures and her vast network of local, national and international connections she developed over 40 years. She consistently matching the extraordinary homes with extraordinary clients, many are billionaires, business leaders, and celebrities. Olivia handled over $3 billion in properties in her career. She sold some of the most expensive homes over $20 million in Marin County and Silicon Valley. She is also a real estate investor, among other properties, she owned and sold Chateau de Villette and Chateau de Grimaldi in France and currently owns four luxury homes in Belvedere and London. 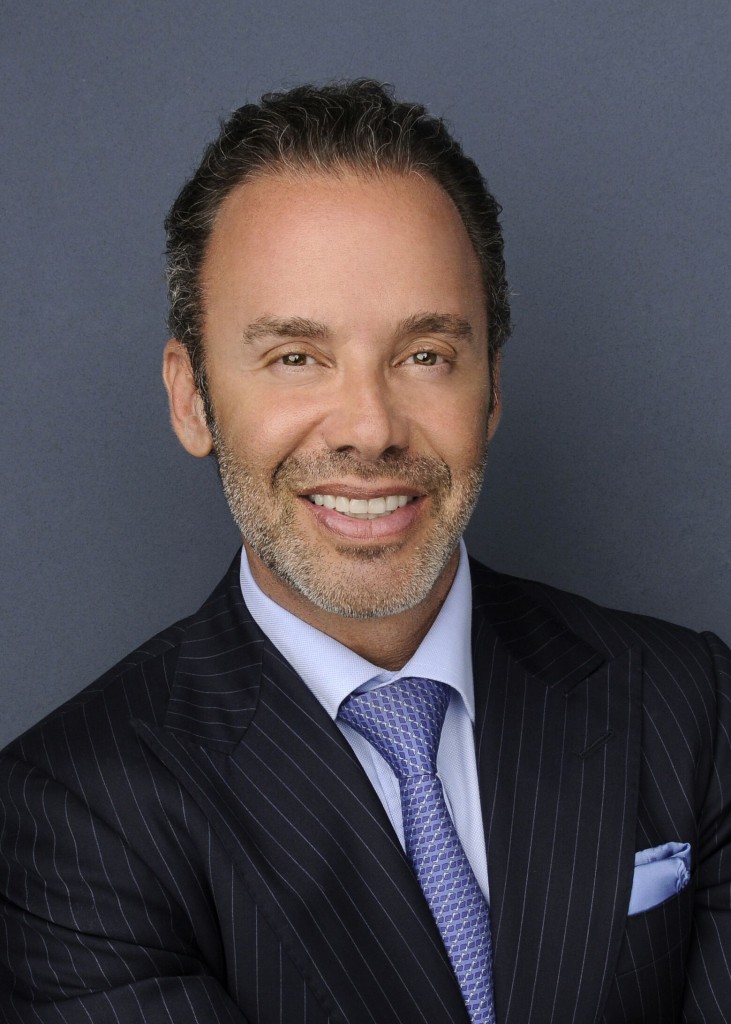 Real estate industry leader and veteran, Jay Phillip Parker has served as the Chief Executive Officer of Douglas Elliman Florida Brokerage since 2013. Responsible for the advancement of a leading provider of luxury real estate services across Florida, he has successfully grown Douglas Elliman's presence in markets from Miami to Jupiter, to Palm Beach and St. Petersburg with a total of 21 offices and more than 1,100 agents.

Under Parker's leadership, Douglas Elliman Florida marked a banner year in 2018 with $4.7 billion in total sales volume, which was up 30% over the prior year. Jay has been a key figure in the growth of the brand, which is now represented in luxury real estate markets in 60 countries and six continents through its partnership with London-based Knight-Frank Residential.

A graduate of the University of Western Ontario in London, Ontario, Canada, Parker completed the study abroad program in Tel Aviv, Israel while earning his Bachelor's Degree. He went on to earn his Juris Doctorate from the University of Miami School of Law in May of 1998. A member of the Florida Bar Association, Parker serves on the Board of Governors for the Miami Beach Chamber of Commerce, as President of the Executive Board of Mount Sinai Medical Center Foundation and a member of the Miami Association of Realtors Leadership Board. 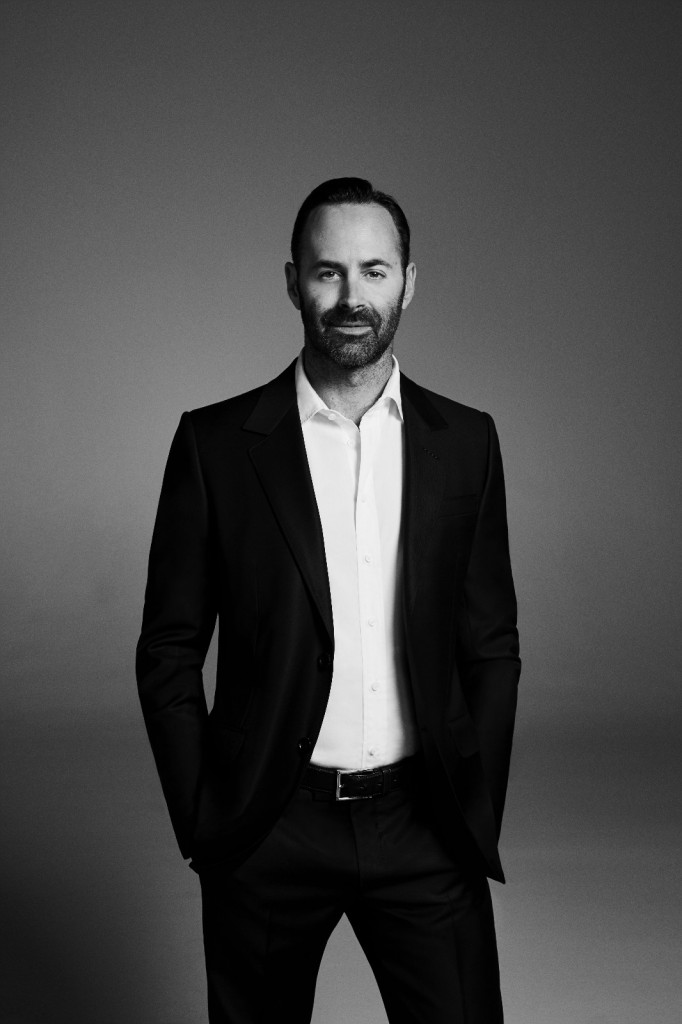 Ben Bacal began his career at the young age of 24. In his first year as a REALTOR®, he sold more than $17 million in real estate. Since then, Bacal has sold more than $2 billion in real estate, and his successes garnered him the front cover of the LA Times Business Section and inclusion on The Wall Street Journal list of top 1000 agents, nationwide. A few of his notable transactions include: 1181 Hillcrest, which marked the largest sale ever in the city of Beverly Hills at $70,000,000; Madonna’s Beverly Hills home, which sold for $19,500,000; and the sale of the Megan Ellison (film producer and Oracle heir) compound on Nightingale Drive which sold for over $47,000,000—just to name a few.

Ben’s professional salesmanship, infused with the innate ability to articulate the vision and intrinsic value of the Los Angeles real estate market, has helped him reach the pinnacle of the real estate game. As a result, he used his vast experience to co-found Rila, a mobile app designed to provide the community with free, unencumbered access to real estate and like-minded industry professionals. 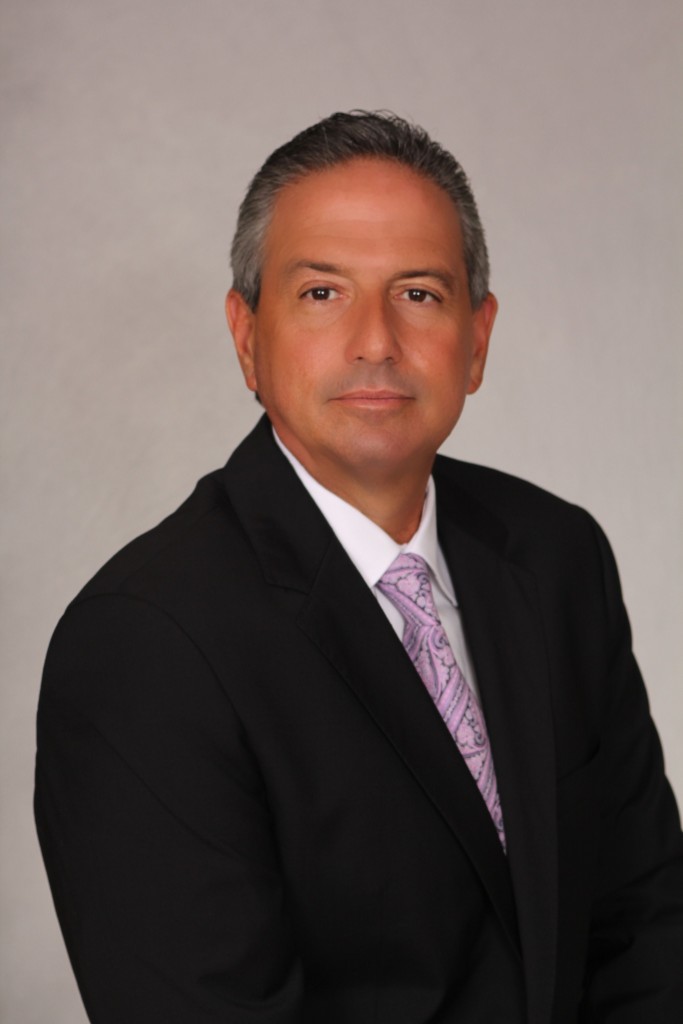 Michael Goldstein is President at the Trump Group with more than 35 years of experience in the real estate industry. He has sold over $5 billion in properties during his successful career. Goldstein has sales, marketing and branding experience and is instrumental in designing floorplans and developing the extraordinary amenities for the Acqualina brand.

He joined the Trump Group in 1998 when they began developing Acqualina, with the first building debuting in 2006. After the resort, they introduced The Mansions at Acqualina. The sales office opened in 2012 and the building sold out in 21 weeks. The Mansions opened in 2015. The sales gallery for The Estates at Acqualina opened the following year. A native of New York, Michael has been living and working in South Florida for almost four decades. 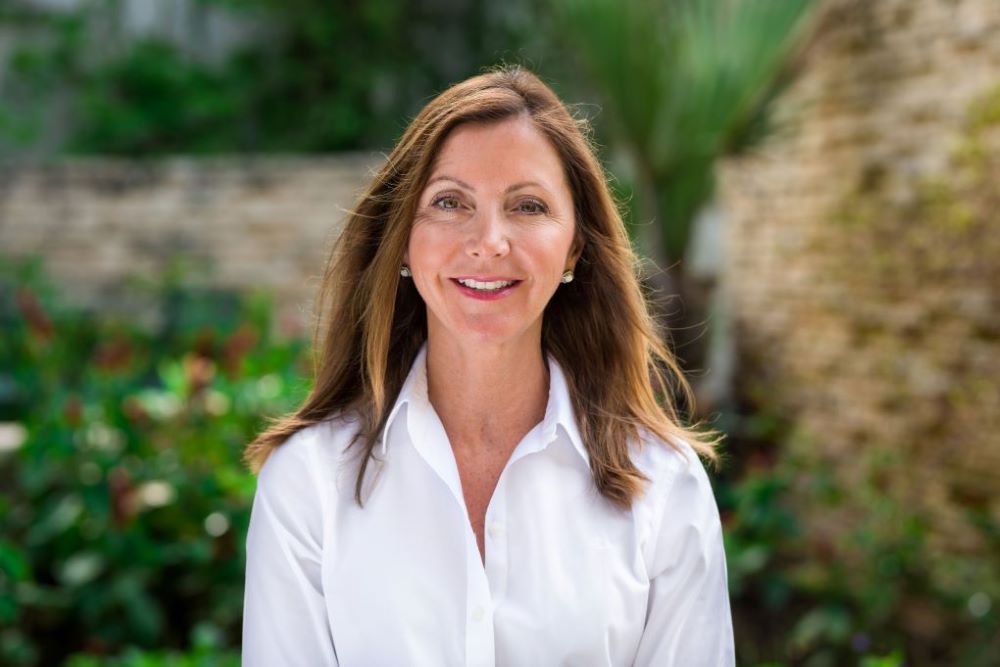 Sue Nickason is Vice President of Marketing and Sales at Provenance Properties, a portfolio that includes international business development, marketing of visitation and commercial real estate leasing in the New Urbanism community of Camana Bay, operation of Provenance Properties – the official Christie’s International Real Estate affiliate in the Cayman Islands - and sales and marketing for luxury residential projects developed by Dart Real Estate including The Residences at Seafire and OLEA.

She has worked in marketing and development in the recreational property industry for 20 years. Her experience includes working with independent hotels and resorts, shared ownership properties, mixed use communities and condotels. She is highly experienced in working with developers from concept development and market assessment through to market implementation and operation.

Originally from Canada, Nickason moved to the Caribbean over a decade ago. She holds a MBA in Marketing (with Distinction) from the School of Hotel Administration at the University of Guelph, and a BA (Honors) from Mount Allison University, as well as certificates in economic development, adult education, customer service, revenue management, protocol and communications. 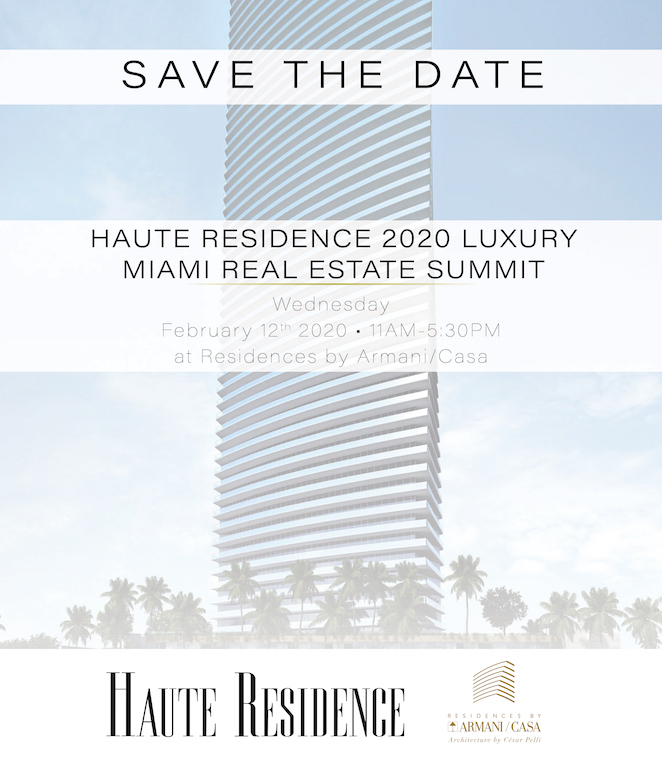 Masters of the Miami skyline sound off on where they see the luxury market heading and its evolution.

Eric Fessler, expert entrepreneur, has over 30 years of mortgage banking experience closing over $10 billion. Fessler discusses the procurement of jumbo loans in single-family homes along with warranty and non-warranty new condominium developments on a nationwide scale.

Network with the greatest minds of development and brokerage in the luxury real estate market.

Top broker/agents from key international real estate meccas such as Miami Beach, Los Angeles, New York City and Cayman Islands sound off on the latest in market conditions and development.

Top South Florida brokers share their knowledge on the evolution and direction of the luxury market today.