5 Outrageous Architectural Designs that Redefine the Meaning of ‘Home’

The modern concept of a home far exceeds its traditional ideology. Forget the dated notion of a house simply being "four walls and a roof"—nowadays, there are unlimited options for innovative, efficient, and even symbolic homes, thanks to the visionary architects and designers pioneering the field.

Scroll down for a handful of houses that celebrate the modern spirit of extraordinary architectural design around the globe—unique structures that exemplify the new (and outrageous) ways in which the term "home" may be defined.

Giving new meaning to the term "cliffhanger," Australia's Modscape has presented a thrilling conceptual design entitled "Cliff House"—a five-story home inspired by the shape of barnacles clinging to a ship. 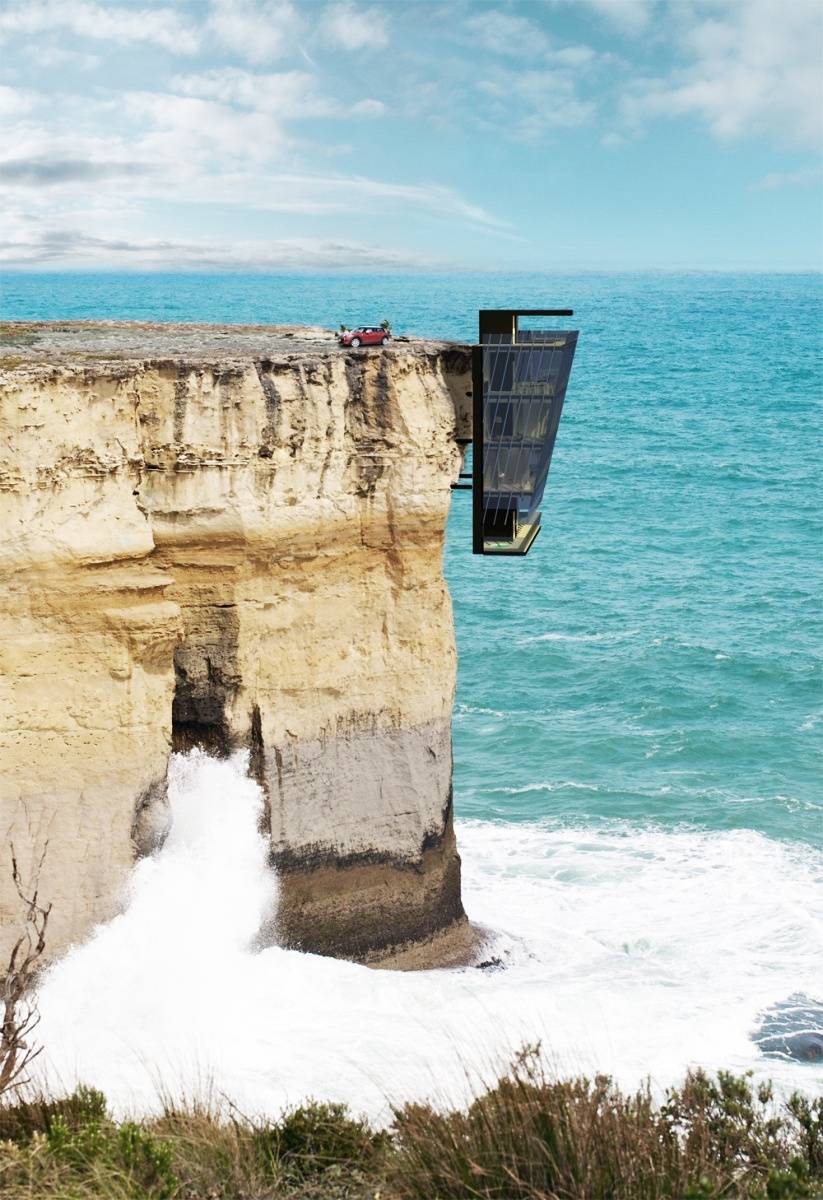 The inventive placement of vertically arranged prefab modules allows the home to jut out from the side of a cliff to which it clings—as opposed to being placed upon its rocky ground—thereby creating an extraordinary relationship with the underlying ocean for its inhabitants. There is a two-car garage on the top floor where people may enter the house and be transported to each descending floor by elevator or stairway.

The three-bedroom, two-bath interior is minimally furnished, emphasizing the home's intrinsic connection to the ocean and the horizon. Adding to the sensation of hovering above the ocean, the ground floor features an outdoor patio space with an outdoor kitchen and a jacuzzi.

Photo and information courtesy of Modscape

Young Danish architect Konrad Wojcik presents a visionary concept for a self-sustaining, zero-impact home inspired by the appearance of a tree, and designed to be set within the world's forests. 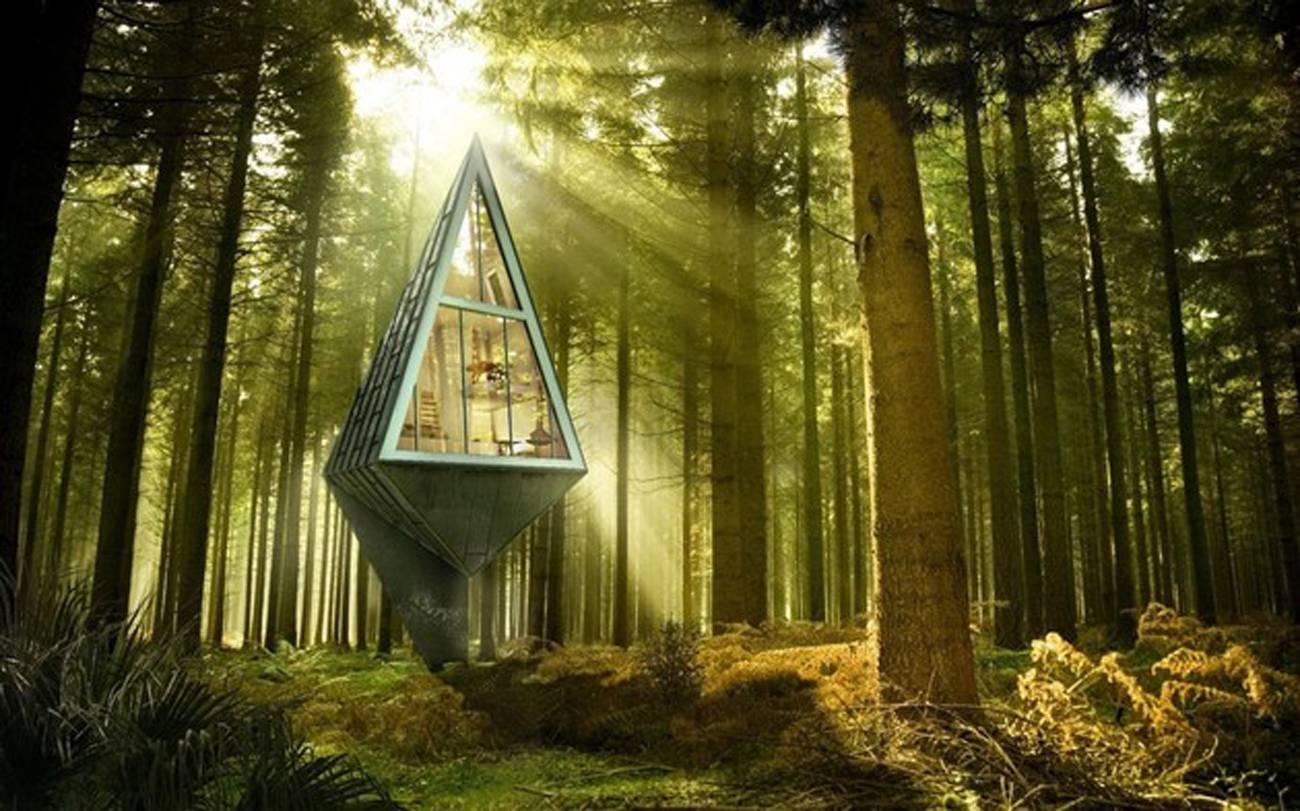 The beautiful and unique triangular structure was designed to appear as natural as possible, its dark-colored exterior treated to blend in with its surroundings. While it appears to be a traditional A-frame cabin, the interior of the house—capable of accommodating two permanent residents—differs structurally in that it balances on a single support buried deep in the ground, which keeps it upright through any weather conditions throughout the year.

Each house—made of recyclable materials—consists of a half-height lower level with a ladder descending onto the ground, forming the entrance. Light pours in through a two-story glass facade which extending to the ceiling, while further natural light comes from windows on the side of the house. Solar powered panels provide electricity needed for water, heat, and other necessities. Wojcik hopes to see a vast number of settlements of these exceptional homes someday replacing traditional cities worldwide.

Photo and information courtesy of Konradwojcik.prosite.com

Designed by Planning Korea, Gotjawal Cocoon House is a futuristic three-story luxury home inspired by a cocoon of a living organism and named after the volcanic island of Jeju's Gotjawal Forest, where the house will be located. 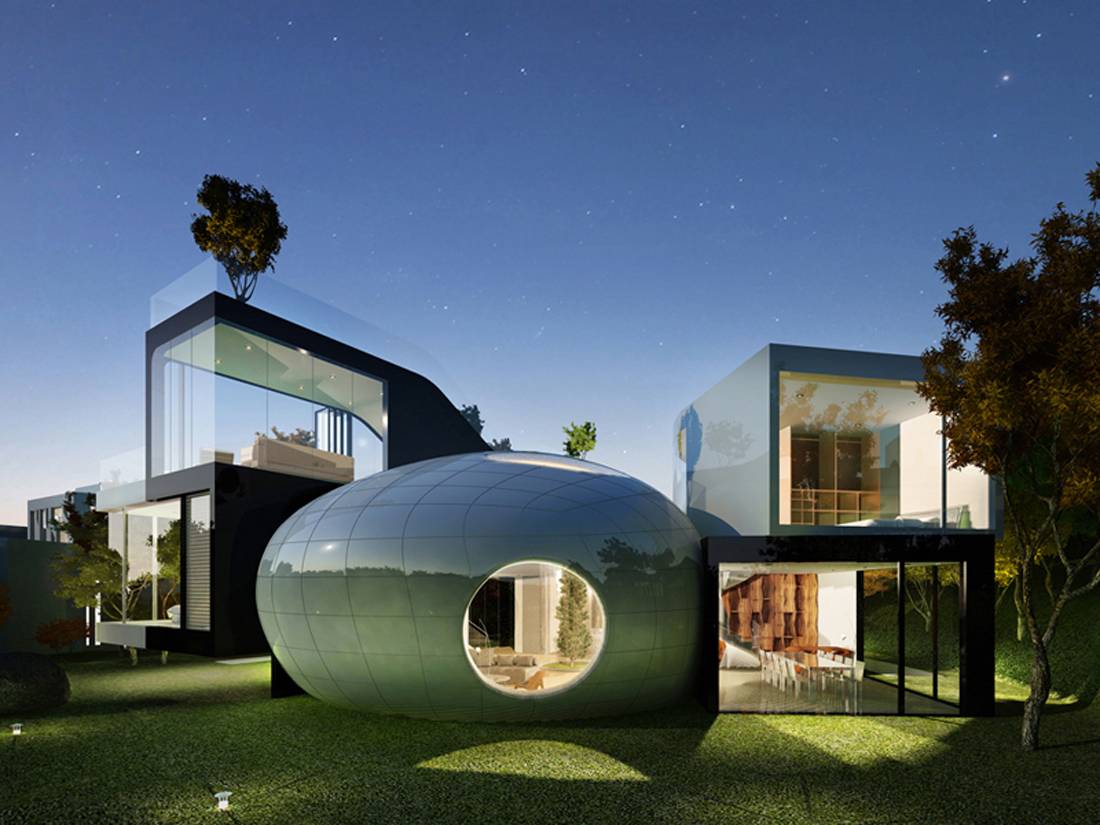 Appearing like a piece of modern art, the unexpected cocoon-like space in the middle of the residence can be used for a variety of purposes. Slated to be completed by 2015, the home will be a healthy and pure house dealing with the four distinctive seasons, and shall be constructed out of environmentally-friendly materials harvested from Jeju.

A thrilling collaboration between tecArchitecture—which has offices in Los Angeles and Switzerland—and Amsterdam-based Marcel Wanders Studio (which designed the interior), Casa Son Vida redefines the concept of a luxury villa with a futuristic, high-tech approach. 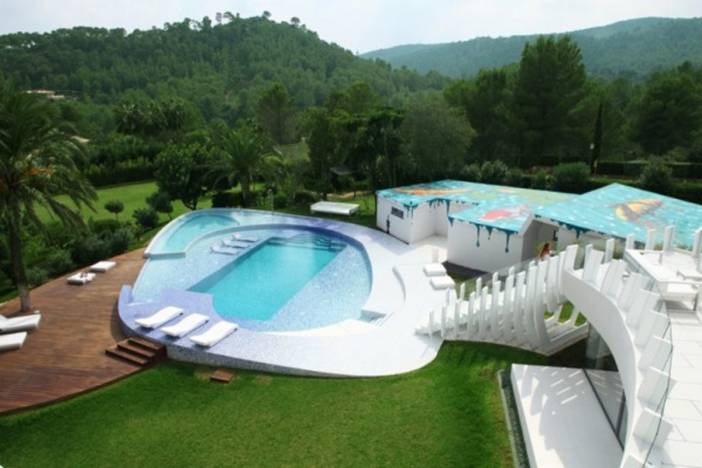 Located near Palma de Mallorca, Spain, the unapologetically outrageous house—the first of six opulent homes planned for the area—stands in striking contrast to its neighboring villas.

Photo and details courtesy of tecArchicture 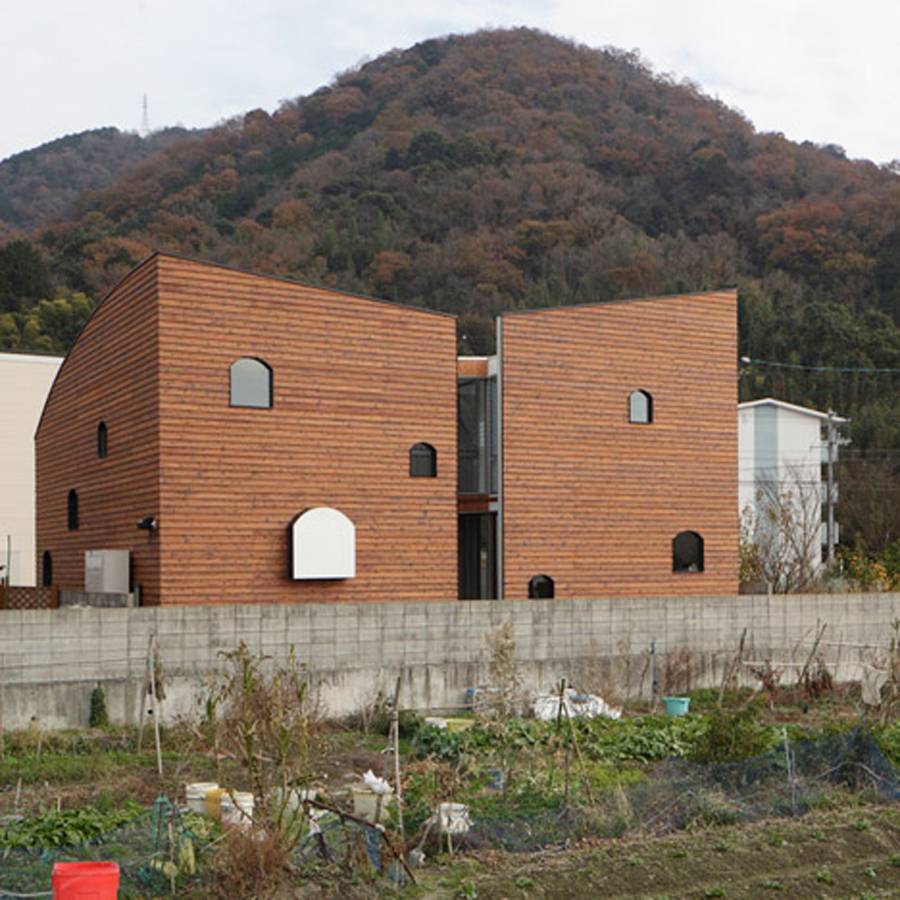 "The living room is like a stage for a play because it is enclosed by cedar, and it has an organic and warm style," said the team, adding that  "on the other hand, rooms such as the bedroom, entrance and garden are like the backstage areas because they are enclosed by corrugated panels, with an inorganic and cool style."  Numerous doorways and windows connect every room with the living room, and there is a dining area and kitchen on the ground floor, plus three bedrooms upstairs and a study by the entrance.

Photo and information courtesy of Dezeen