Talk Show host, host Ellen DeGeneres has revealed the price of her Beverly Hills estate in the Multiple Listing Service as $49 million. The property had been marketed since June on the Westside Estate Agency website simply as price "available upon request." The four-structure compound was formed starting in 2007 by three property purchases on the same street. Among the sellers was Max Mutchnick, co-creator of the TV series "Will & Grace" (1998-2006), who sold his house for $29 million.

The 15,000 square feet of interior space in the compound include a 9,200-square-foot main house, two guesthouses and a three-bedroom house that can be used as office space or staff quarters. They sit on 3 acres of gated property with outdoor living spaces, a swimming pool, extensive gardens and koi ponds. DeGeneres' 26-acre equestrian property in Thousand Oaks was withdrawn from the MLS in mid-August. Properties sometimes are withdrawn from the MLS to call less attention to a sale. Public records do not yet indicate that this was the case. Listed in May, the compound has eight farmhouse-style cottages, a yoga pavilion, a tennis court, stables and arenas. There are eight bedrooms and nine bathrooms in 7,000 square feet of living space. DeGeneres married actress Portia de Rossi in a garden wedding at the Beverly Hills compound in 2008. The comedian, 53, whose daytime show bears her name, has won 12 Emmys. De Rossi, 38, starred in the TV series "Better Off Ted" (2009-10) and "Arrested Development" (2003-06) and guest starred on "Nip/Tuck" (2007-09). Kurt Rappaport of Westside Estate Agency, Beverly Hills, is the listing agent for the Beverly Hills property. 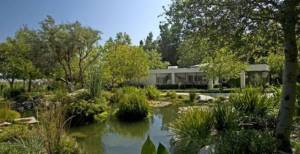 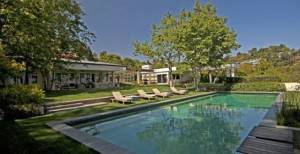 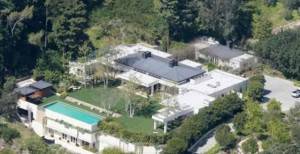