The infamous Tribeca townhouse where Dominique Strauss-Kahn called home while he was under house arrest in New York City has dropped in price yet again. Last year it was put on the market for a whopping $15 million as Strauss-Kahn was paying $50,000 a month to live there, but was later cut to $14 million. Now it's down to $12.5 million. 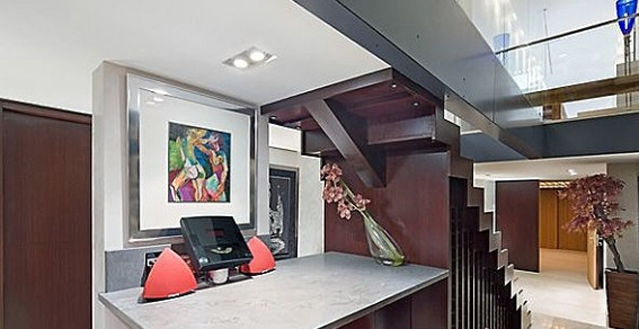 The townhouse at 153 Franklin Street boast quirky features like hidden doors, glittery paintings of The Godfather, and  house gadgets affixed to the walls. Although the townhouse is an impressive 27 feet wide, it's been a tough sell probably due to media circus surrounding the spot.