The New York Times' Arthur Sulzberger, Jr. threw down $3.9 million for a six-room penthouse in the upscale Lincoln Square section of Manhattan. The lavish co-op is located at the Dorilton and features three bedrooms, a spacious 2,000-square-foot terrace, and awe-inspiring, 25-foot skylights in both the living and dining room areas.

The co-op underwent a $400,000 renovation by former owners Paul Ezekiel and Tanya Kiskanyan. The expansion, which was focused on the terrace area, is complete with a Jacuzzi, dining and seating areas, and more than two years of work by a landscape designer. The renovation was later featured in The New York Times. 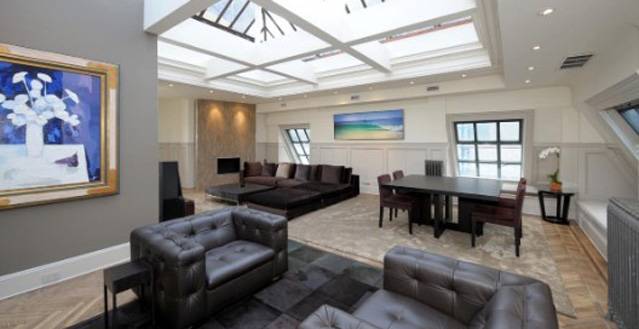 In 2008, Sulzberger divorced his then-wife, Gail Gregg, who held onto the couple's $3.23 million Harperley Hall apartment on Central Park West, while Sulzberger was said to have moved briefly into the Phillips Club, the residential hotel on West 66th Street.

The co-op was put on the market last October and the original asking price at the time was $4.5 million.