As announced in August, Botero was heading to South Beach. Last week saw the debut of the "Botero on Lincoln Road" public art exhibition in Miami Beach's famous street. The Nader Art Museum partnered with the Lincoln Road Business Improvement District (BID) to present 13 Botero sculptures. The exhibition runs from November 21, 2019 until March 31, 2020. 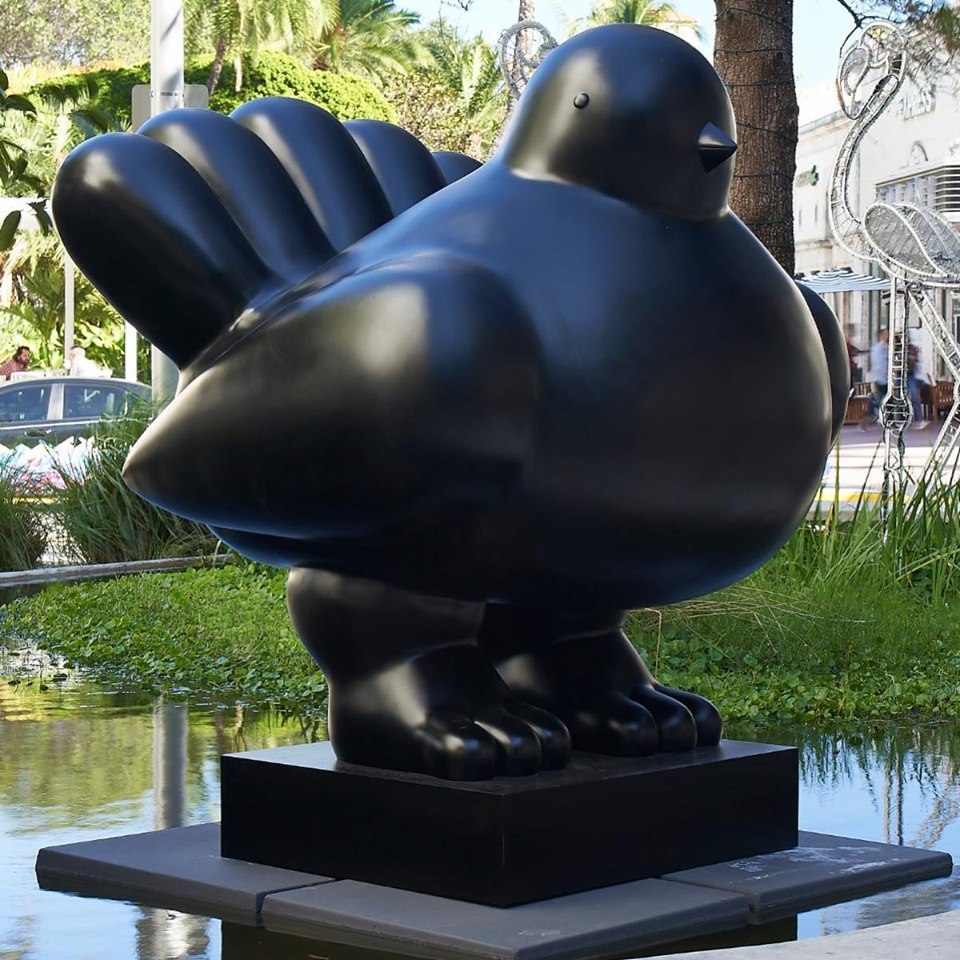 Locals and visitors present for the Art Basel Miami during Miami Art Week will have the unique experience of seeing one of the world's most recognizable designs.

A private reception took place at The New World Center to open the exhibit, attended by 200 guests. 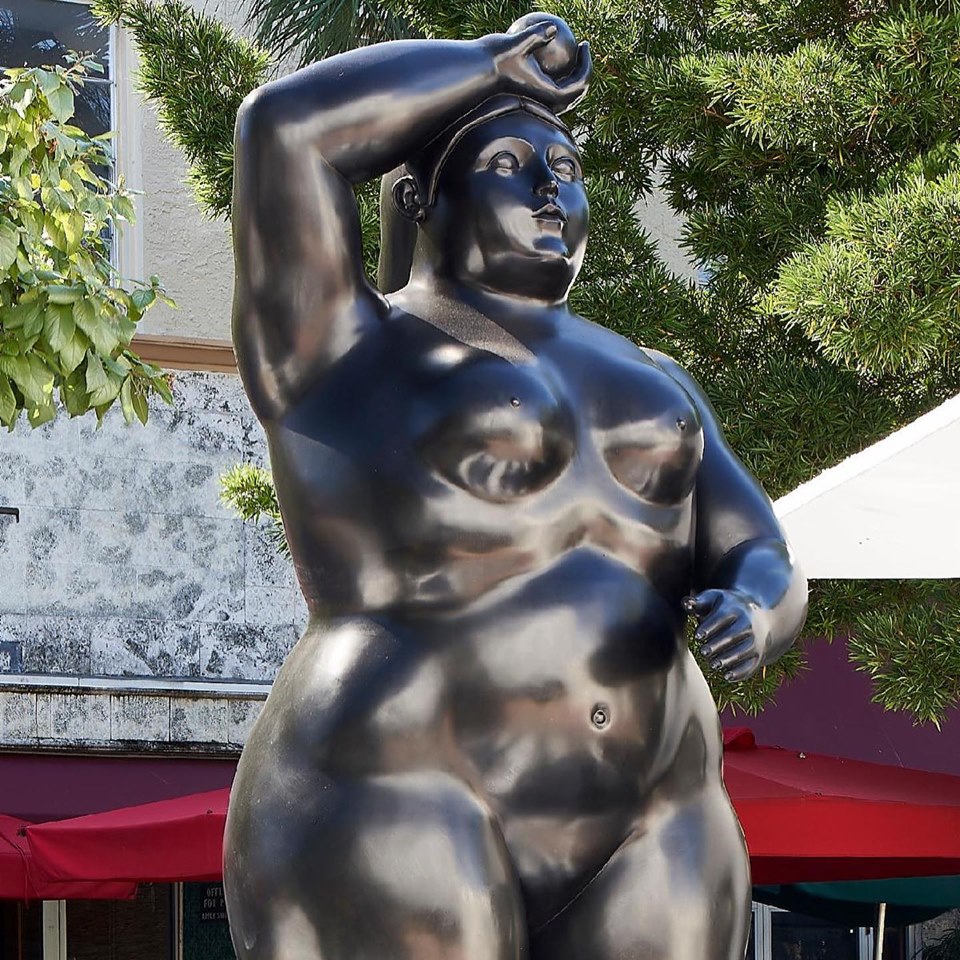 Remarks were given by Steven Gombinski, President of the Lincoln Road BID; Lyle Stern, Director of Lincoln Road BID; Howard Herring, President of New World Symphony; Ambassador Paul Cejas; Gary Nader, Founder of Nader Art Museum; and Miami Beach Mayor Dan Gelber. After the speeches, attendees headed to Lincoln Road for the official unveiling of the exhibit. After, a dinner was held at Time Out Market. 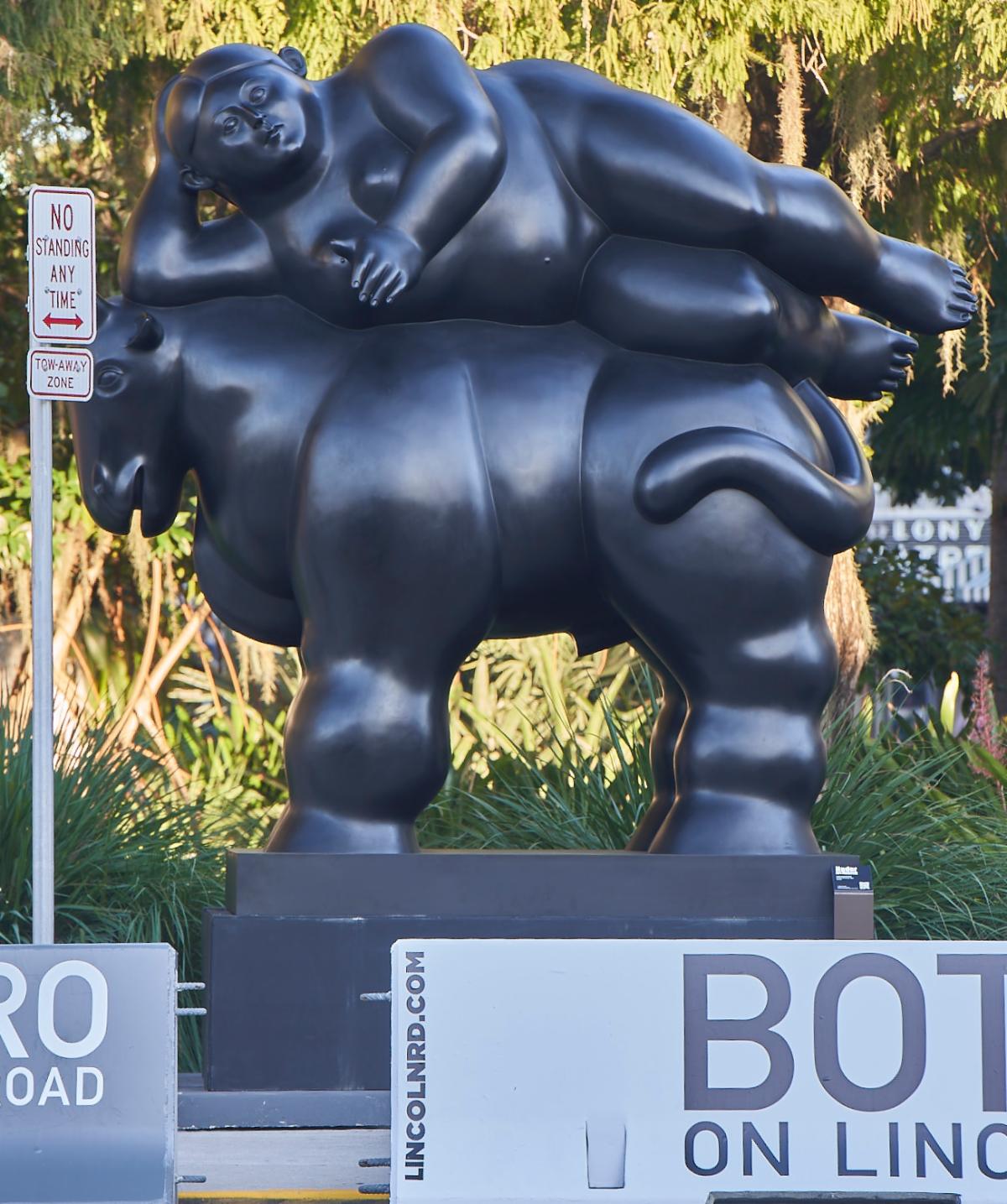 Previous locations that have held exhibitions of the Colombian artist's outdoor sculptures include the Champs-Élysées in Paris, Yebisu Garden in Tokyo, Lustgarten in Berlin and Park Avenue in New York City.

On his own sculptures, Botero once said, "I never give particular traits to my figures. I don’t want them to have personality, but rather represent a type that I create. My sculptures do not carry any messages, social or otherwise. What matters for me is the form, the voluptuous surfaces, which emphasize the sensuality of my work. I like the enormous size; it is the fulfillment of my longing for voluptuous round forms.”

The famous works of art to be viewed while enjoying the pleasant South Florida winter weather include "Male Torso", "Adam", "Eve", "Leda and the Swan", "Bird", "Rape of Europa", and others. Gary Nader Art Centre (62 NE, 27th street, Miami, Fla. 33137) will host the "Espacio Botero" painting, drawing and sculpture exhibit starting on December 1, 2019.