Unless they toured the home, a homebuyer would have no idea that there is a Tyrannosaurus skull worth millions of dollars in the basement of a glittering Beverly Hills mansion for sale for $17.8 million, according to MansionGlobal.com. 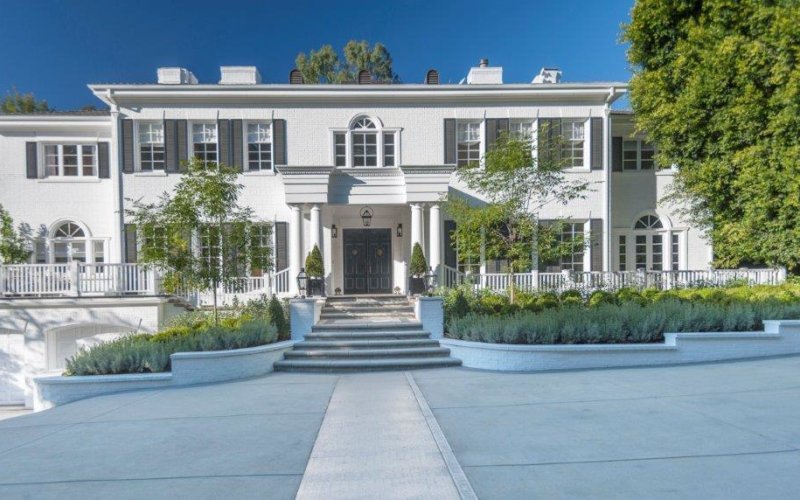 The classical-style, 10,000-square-foot residence at 9135 Hazen Drive was listed last week by its owner, one of the sons of Dennis Washington, who owns a construction and mining empire in Montana that is worth an estimated $6.2 billion, according to public property records cited by Mansion Global. 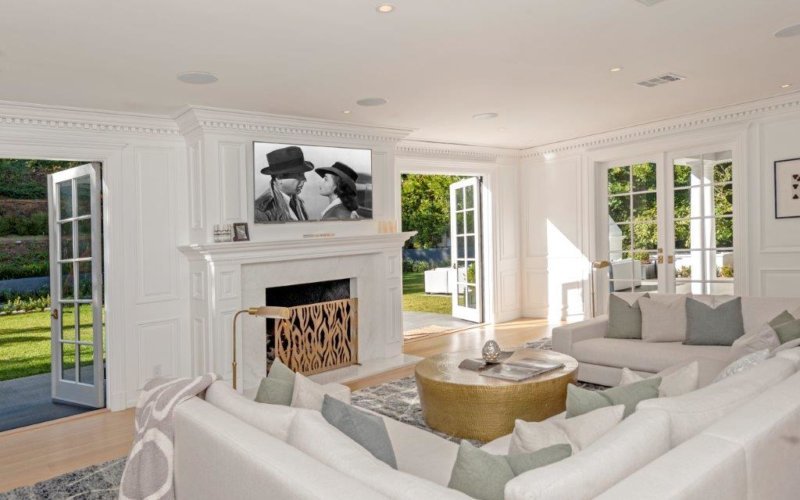 Disappointingly, the dinosaur skull is not for sale with the property, according to listing agents Branden Williams and Rayni Williams of Hilton & Hyland. 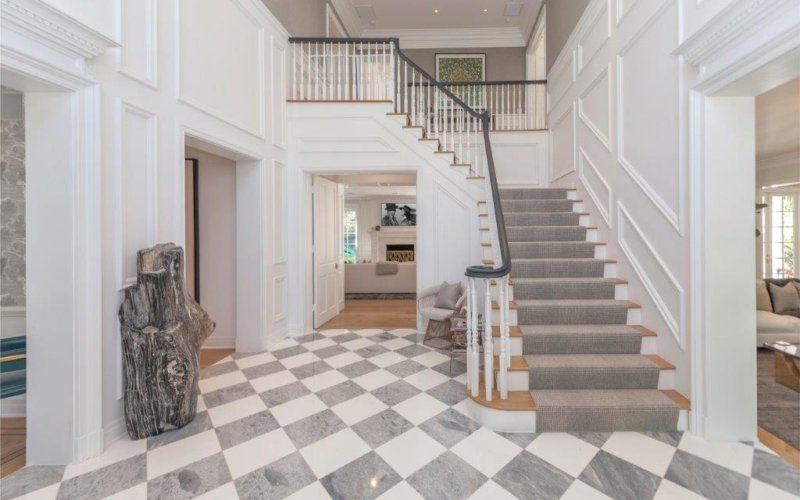 Situated on just over one acre, the seven-bedroom, 10-bathroom estate exudes elegance throughout all of its spacious rooms. 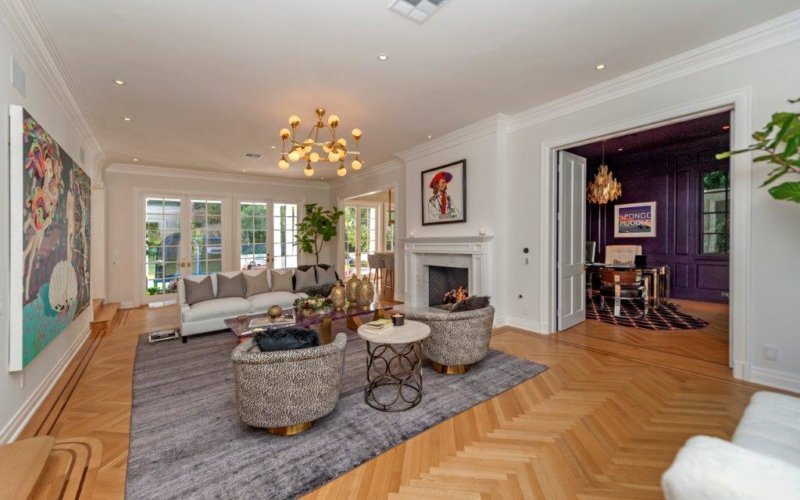 An impressive, two-story entry, with a dome skylight, leads to the grand living room with an oversized fireplace and an adjoining purple wood paneled office, a library, and a sunroom, as described in the listing. 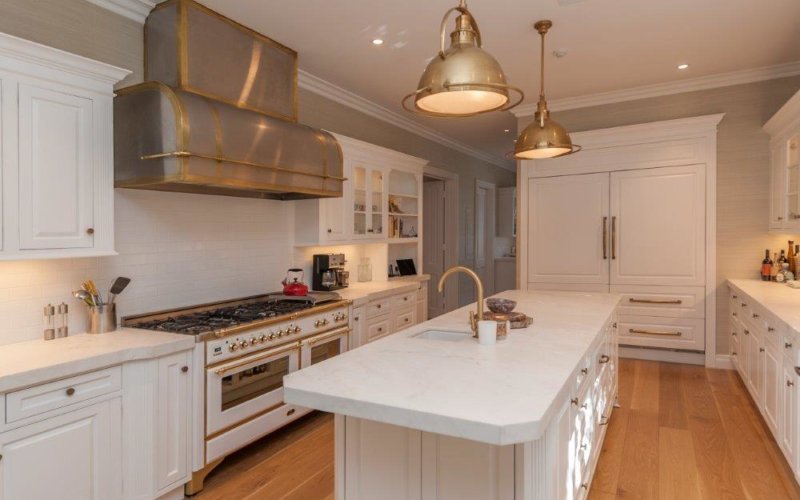 There is a polished gourmet chef’s kitchen on the main level, nearby a formal dining room, furnished with silver curtains and matching wallpaper, and teal-and-gold dining chairs. 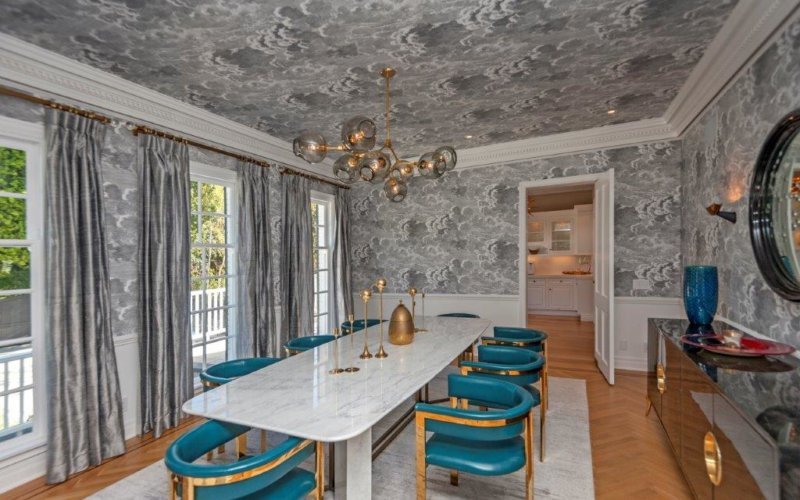 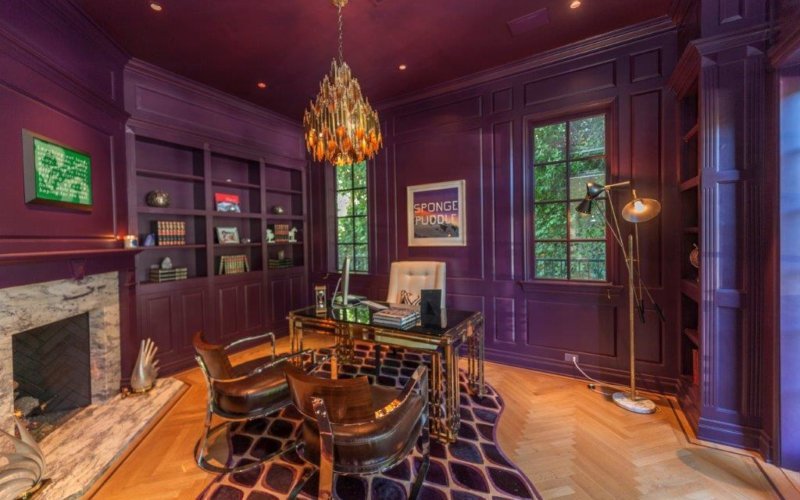 On the basement level, where the Tyrannosaurus skull is located, there is a private lounge and media room with a bar, TV, and pool table. Additional in-home amenities include a wine cellar and a gym. 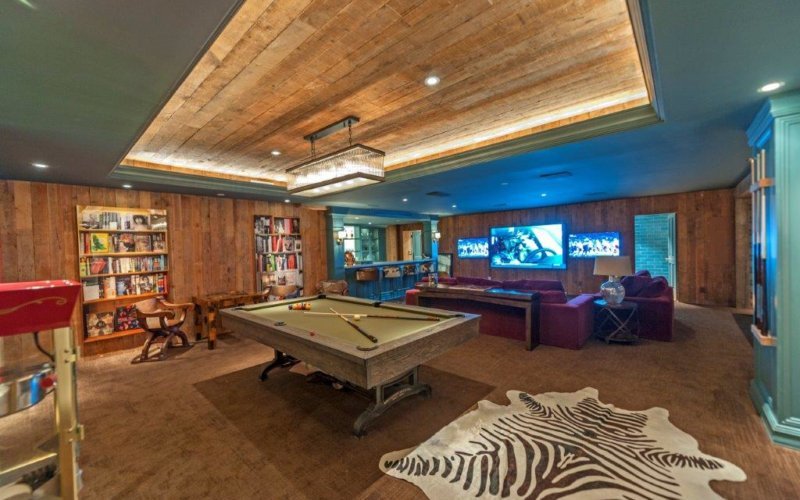 The expansive backyard has a swimming pool, spa, and barbecue for entertaining. 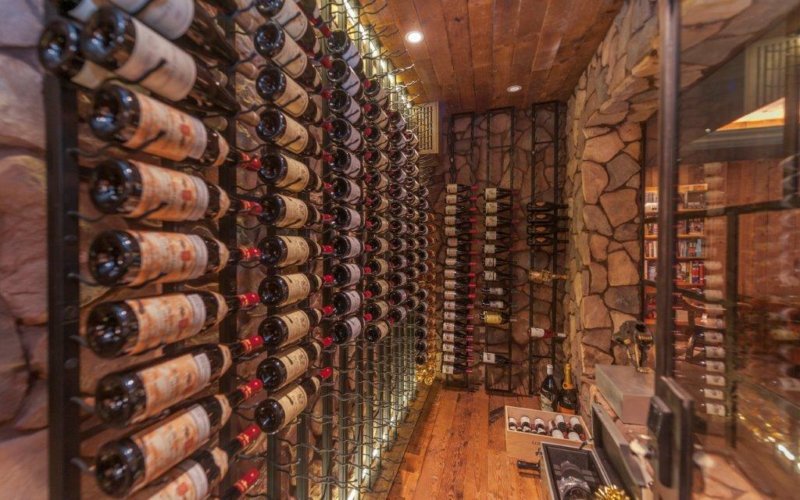 The owner bought the home in 2015 from Star Trek actor Jonathan Frakes and his wife actress Genie Francis for just under $12 million. 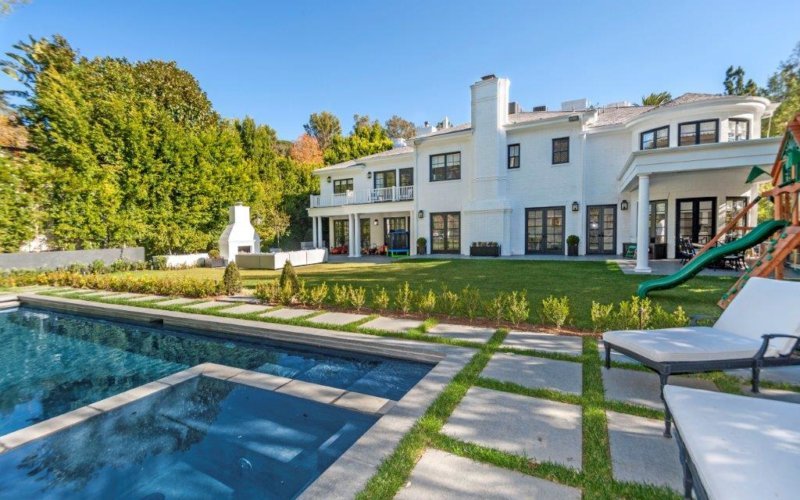 The listing is held by Branden Williams and Rayni Williams.