Bend It Like Buffett: A One-Time Pass Into The Exclusive Billionaires’ Real Estate Club

“B” is for billionaire. Bloomberg. Buffett. Bezos. Each of these billionaires is a household name, a worldwide brand. Each lives in a home equivalent to Mount Olympus – at least in terms of location. Each puts sophisticated sass into their living spaces: from Bezos’ suburban home to Buffett’s beach extravaganza to Bloomberg’s palatial brownstone. No one lives in better real estate swank than these guys.

For years, even during his tenure as mayor of New York City, billionaire Bloomberg has resided in a Beaux Arts townhouse on the Upper East Side. And to surf NYC’s mega-mansion wave, Bloomberg has slowly been acquiring multiple apartments adjacent to his current residence with hopes to eventually combine the neighboring townhouse and his current home to create the megamansion of all mansions, thereby joining the realty ranks of his fellow billionaires.

Where’s the next best place to live if your not Bloomberg? On Billionaires’ Row in Manhattan. On the 85th Floor. On West 57th Street. 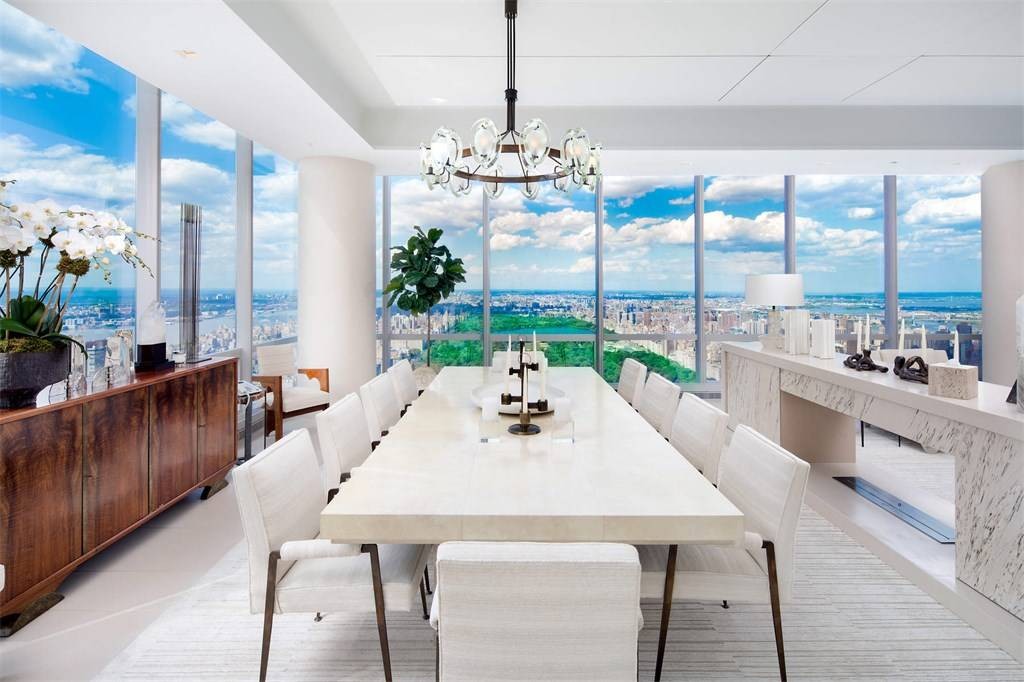 At this address, you too will be able to experience the world class views offered on Billionaires’ Row. This tri-level residence is located in the Tower of the iconic One57 Condominium and spans 6,240 square feet. 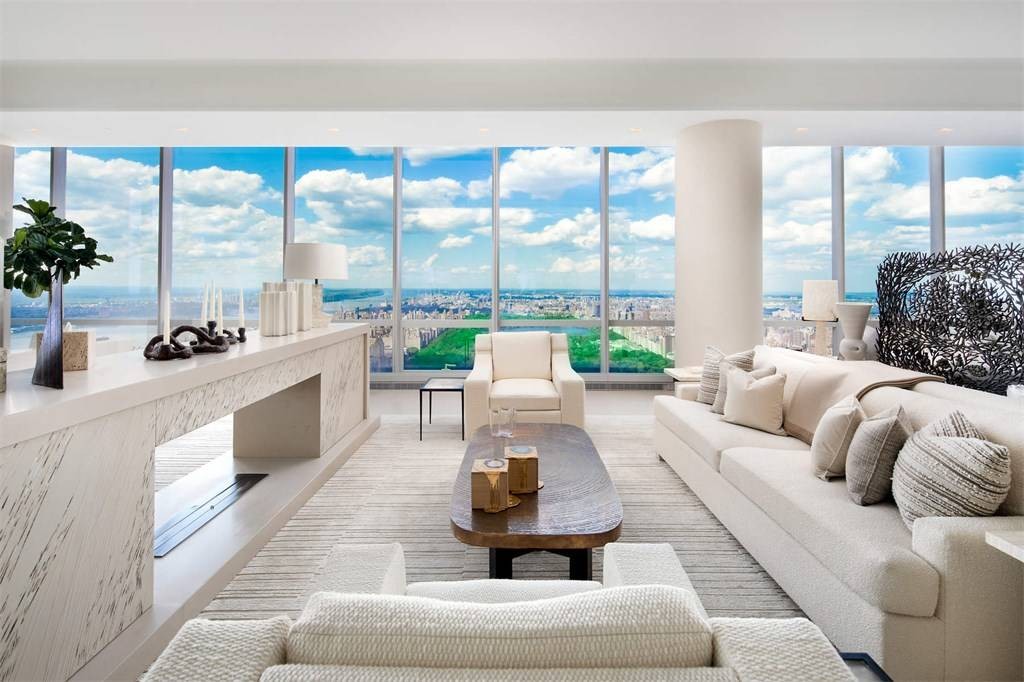 It contains an almost 30-foot private landing made of textured stone. Floor-to-ceiling and wall-to-wall windows enhance the 360 degree views of the entire Manhattan skyline, Central Park, the East and Hudson Rivers, the Statue of Liberty and beyond. There’s no part of New York City’s crème de la crème that you won’t be able to see from your home. 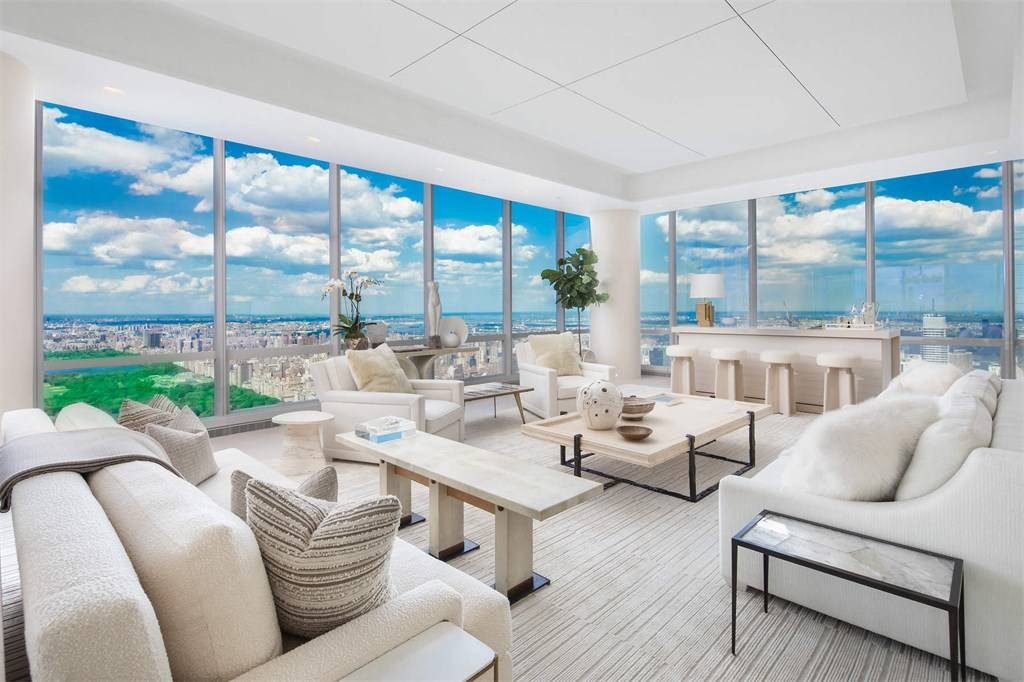 The entire apartment is equipped with a Vantage AV System to control, lights, music, shades and security. With a touch of a button, your home transforms into the New York Parthenon that it is, elegantly seated atop the metropolis that never sleeps.

There’s a reason why Buffett purchased a vacation home in Los Angeles. The beach views. The city views. The California sunshine. Living here is a seven-day weekend. And that’s also the reason as to why an exclusive breed of super-developers in Los Angeles have made waves by creating mega mansions in an incompatible area of Beverly Hills dubbed Billionaire’s Row. 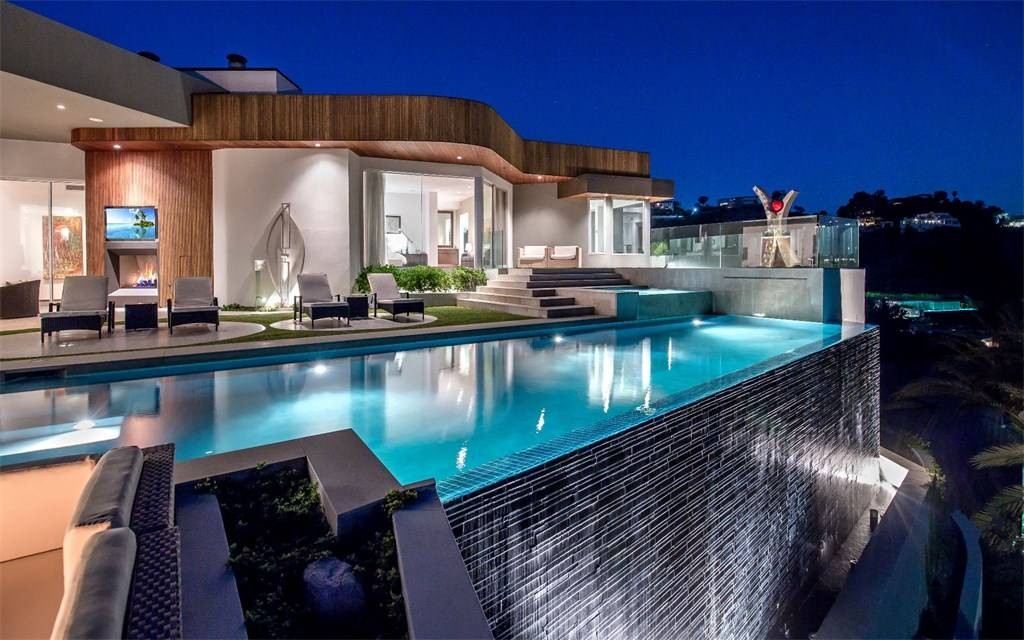 You can now live on Billionaire’s Row, in billionaire luxury style and on Nightingale Drive, the sunset strip’s most coveted street. 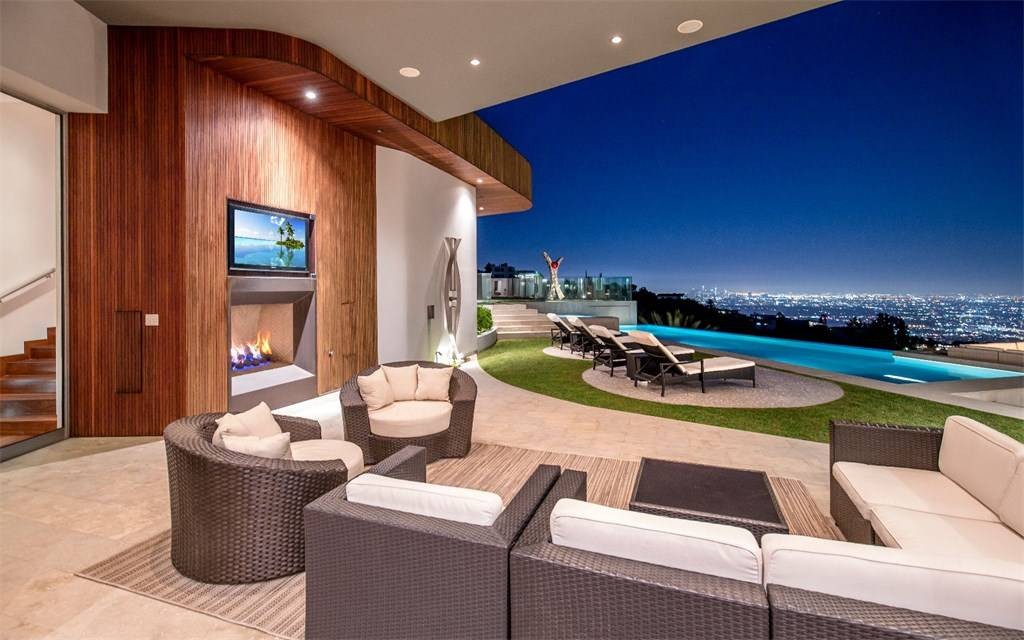 You can live in this contemporary chic home that has all the elements befitting this ideal location. Expansive rooms. Dramatic views. And custom woods, along with fire and water elements, that create a warmth rarely seen in modern day architecture. 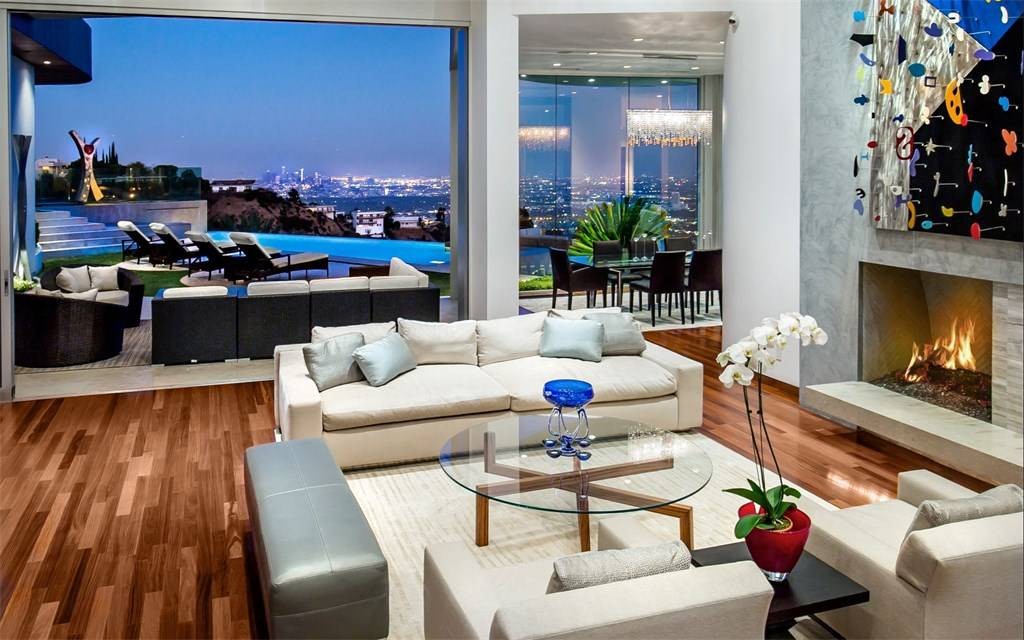 Floor-to-ceiling windows exist throughout this real estate extravaganza, bringing the outside in and helping to provide a jaw-dropping backdrop to the panoramic city views below. Outdoors, there is a fantastic infinity-edged pool and spacious fire pit area to rival the home’s interior for entertaining possibilities. 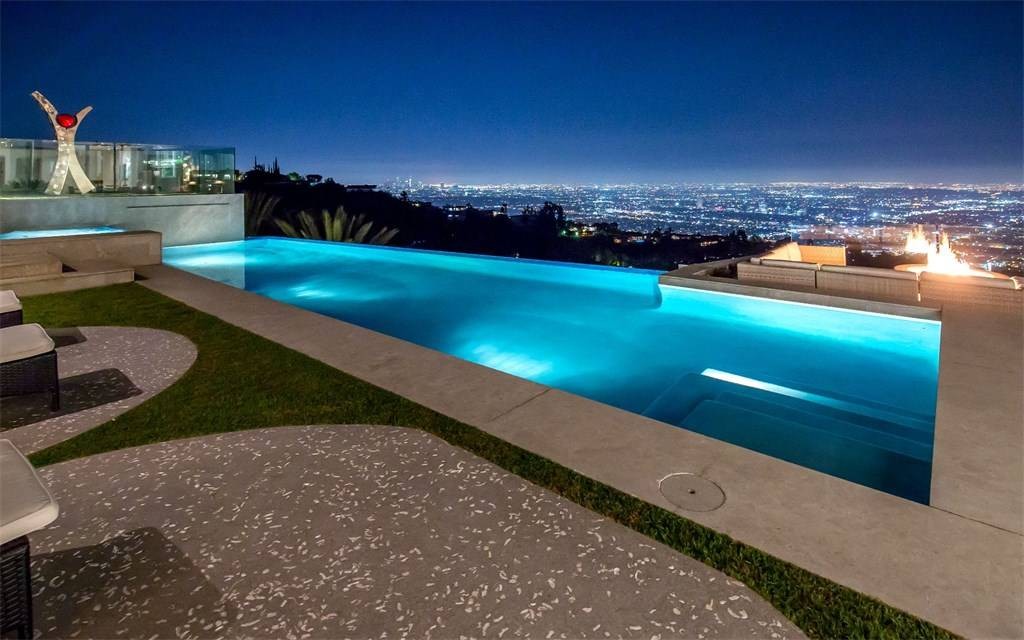 Bezos is the first centi-billionaire, meaning he has a fortune worth over a $100 billion. Not too shabby for the CEO who created that online one-stop shop, Amazon. If you added all the wealth of the billionaires, their worth would total a combined $9.1 trillion.  That’s trillion with a T! Who wouldn’t want to partake in that pot of gold? 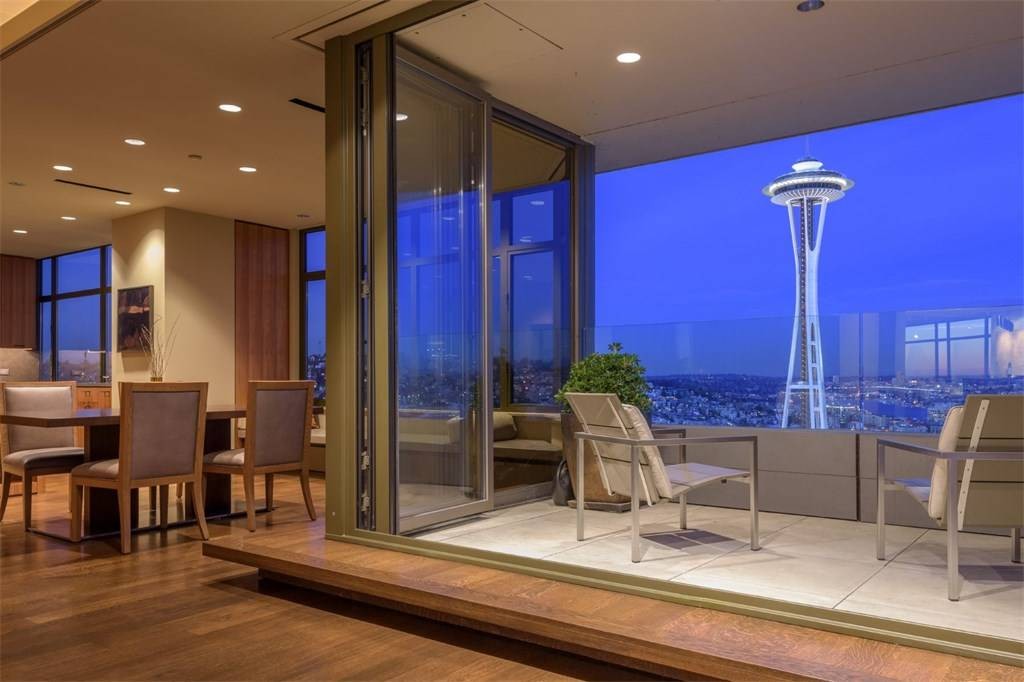 So, for buyers with deep, deep pockets, this is another mega-million, not-so-humble abode in Seattle. This ultra-luxury penthouse has the most spectacular views of Seattle’s iconic Space Needle, also deemed a landmark of the Pacific Northwest. 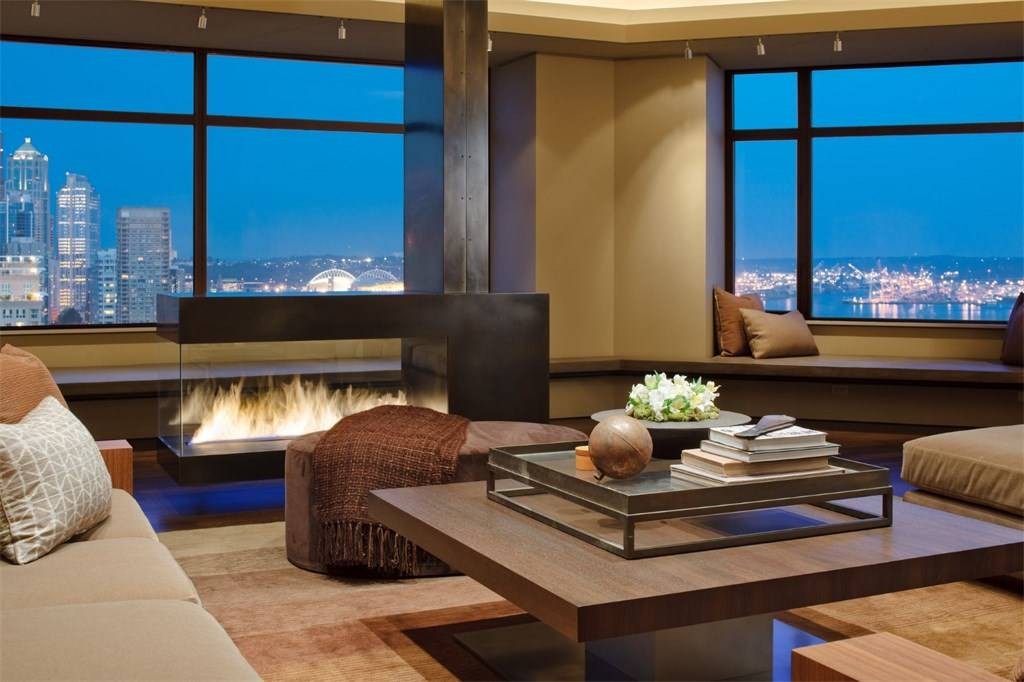 This modern bi-level offers just under 6,000 square feet of luxury living space designed to enhance and provide an elegant, sophisticated framework for unparalleled views of Seattle and its urban surroundings. 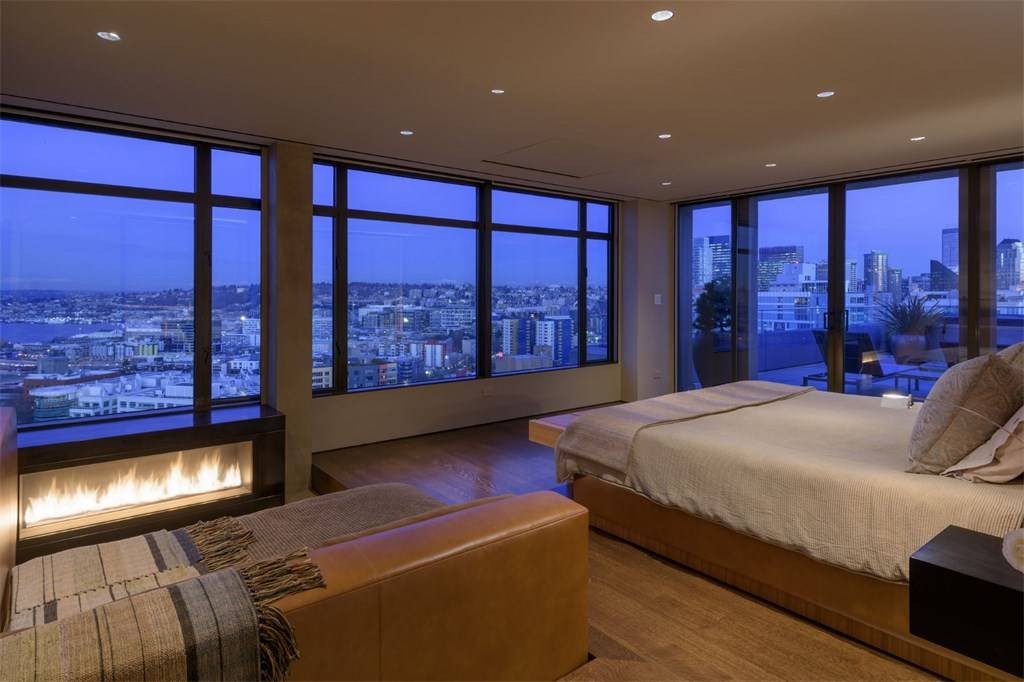 This modern marvel is meticulously constructed from a sophisticated palette of exotic hardwoods, artisan metals and natural stone surfaces and is offered with a full suite of custom-made furnishings. Amenities include: 24/7 door staff, pool, gym, spa, running track, garden and tennis court. 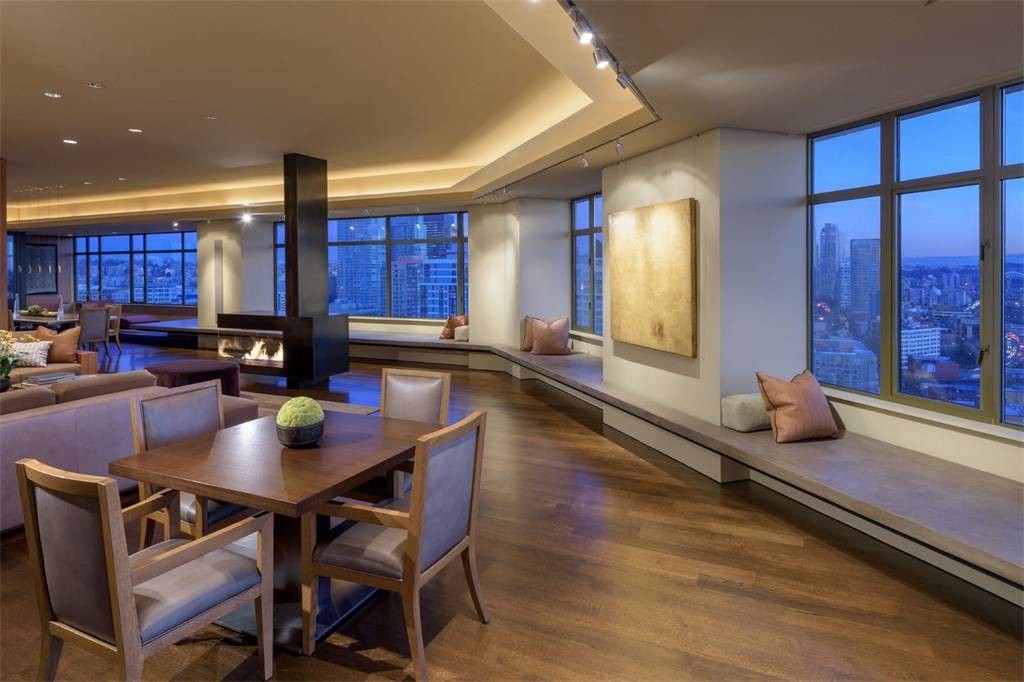 As Buffett said: “I really like my life. I’ve arranged my life so that I can do what I want.” This sentiment gives you license to do the same and more. Take it from the billionaire pros: when you say “yes” to living luxuriously in billionaire style and elegance, you’ll not only be doing what you want like Buffett, but you’ll be living where you want, in the style you want. And that’s billionaire brass at its best.