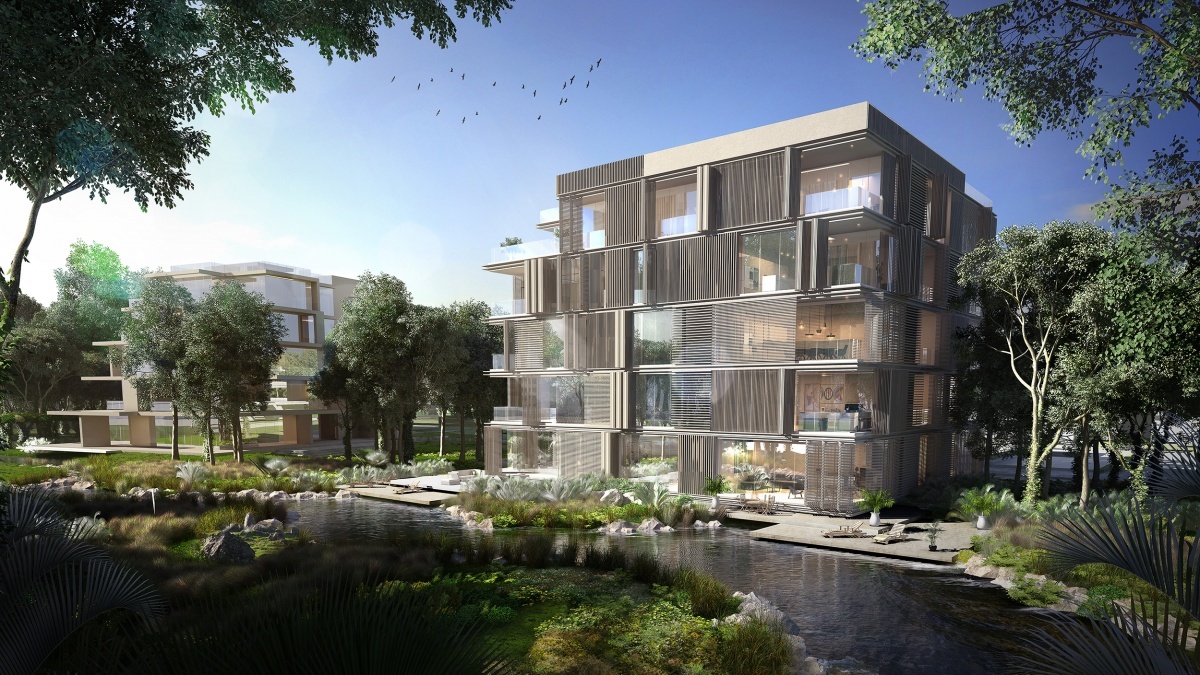 Swank luxury developer Al Barari is starting a new architectural trend: flats that don't seem to have walls. The Dubai-based company, which owns some of the city's most lush private gardens, announced that it would begin selling properties from its latest planned project: Ashjar at Al Barari.

Arabic for the word "trees," Ashjar boasts 300 resplendent one to three-bedroom residences that don't appear to have any visible barriers between their spacious open living rooms and the tropical gardens surrounding them. Designed around an impeccably landscaped garden, the building is the splendid product of the firm's aim to intertwine luxury living with the peaceful, natural outdoors.

The project is a continuation of Seventh Heaven at Al Barari, the developer's second phase that successfully launched earlier this year. “We like to blur the distinction between interior and exterior in our designs,” says Al Barari chief executive Mohammed Zaal. “We are very proud of our beautiful gardens. They really provide a unique selling point to Barari."

Though some might find the one-of-a-kind design a bit unsettling due to its overly open nature, Al Barari asserts the feature has already attracted dozens of potential buyers even despite its steep prices, which start at Dh3.5 million for a residence that measures just shy of 2,000 square feet.