Our friends at TopTenRealEstateDeals.com have rounded up a hot handful of luxury real estate for sale, from Las Vegas' Primm Ranch to Noël Coward's Connecticut Retreat. 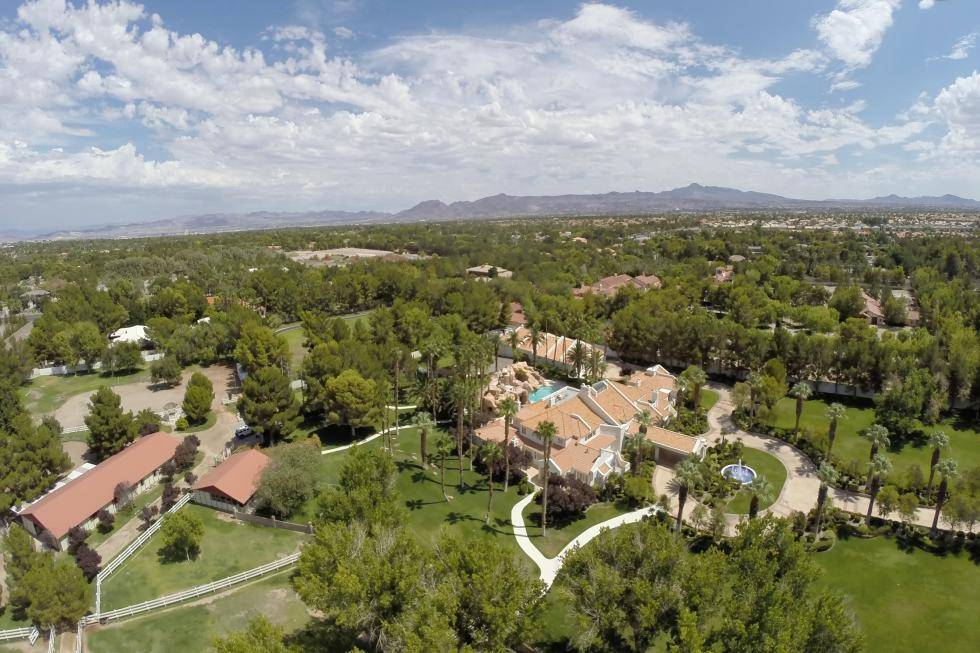 Michael Jackson called it “Wonderland,” and his daughter said it was “Candyland.” This 10-acre compound in a Las Vegas neighborhood of casino owners, entertainers, and royalty (Wayne Newton lives nearby, and the sultan of Brunei was once a neighbor) was designed to be a secure and safe haven for a family, a memorable experience for their guests, and a place to safely enjoy their expensive hobbies. Completed in 1994 for Nevada casino and resort developer Gary Primm, the compound was designed for luxury, but security was Mr Primm’s biggest concern. Throughout the estate are security tunnels, bulletproof doors, secret rooms with entries disguised as walls or cabinets, and a panic room with an oxygen supply and separate underground phone lines.

"Primm Ranch" includes a main estate house with 15,000 square feet, a guest villa, a grotto villa, staff quarters, horse trainer quarters, an equestrian barn, an arena, pens and pastures, a dog villa, a grotto pool with spa, and a waterfall––all surrounded by lush lawns and palms. There is also a garage/car showroom that will house 20 cars with its own gas station for diesel and unleaded fuels and a car wash with deionized water and mechanic’s lift. With a total living area of over 21,000 square feet, there are 10 bedrooms and 19 baths. Highlights include a beauty salon, trophy room, driving range, 5,000-bottle wine cellar, theater, casino room, gym, and sauna. The grounds include a greenhouse, outdoor kitchen adjacent to the pool with a bar, guest suite accessed under the waterfall, and a tennis court. Equestrian facilities include stalls for 10 horses with training and riding areas.

An ideal estate for a high-profile family, whether a high roller, top-name entertainer, or anyone of means, who demands luxury in a secure environment and enjoys living in or often visiting the internationally-renowned resort city of Las Vegas. Currently listed at $14.5 million, Primm Ranch will go up for auction on October 10 with no reserve. 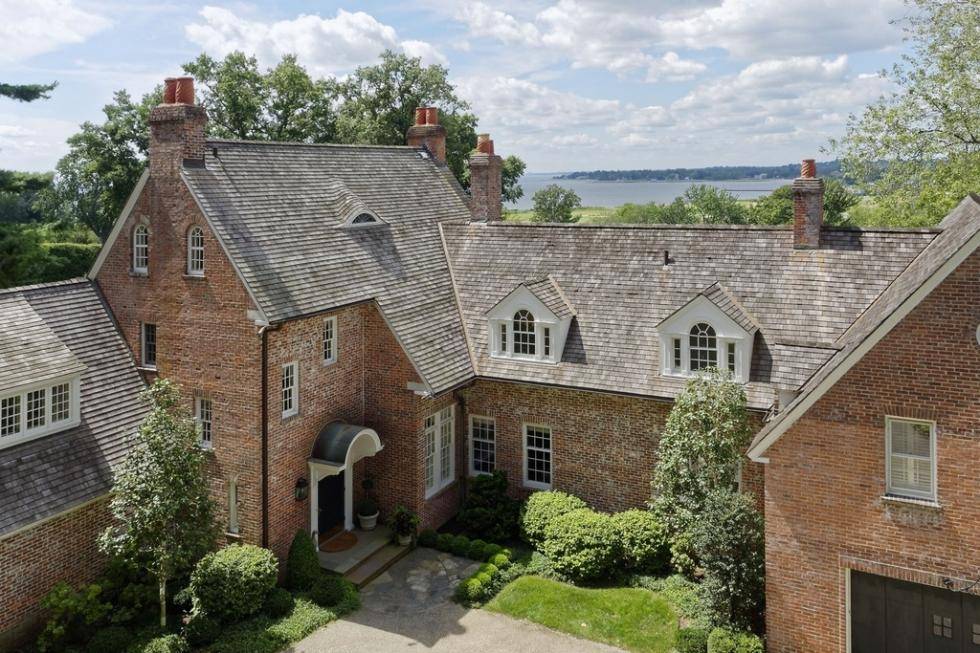 Noël Coward was so successful as a composer, lyricist, actor, singer, director, novelist, and painter, that his nickname was “The Master.” His body of work spanned from before World War I to throughout the 1970s. During the time Coward spent working on Broadway in New York City, he lived at his financial manager, John C. Wilson’s, home in Fairfield, Connecticut. The two entertained many stars here including Vivien Leigh, Laurence Olivier, and George Brent. Now owned by Dwight and Martha Gesswein of the jewelry company Gesswein, Coward’s U.S. East Coast retreat is on the market. 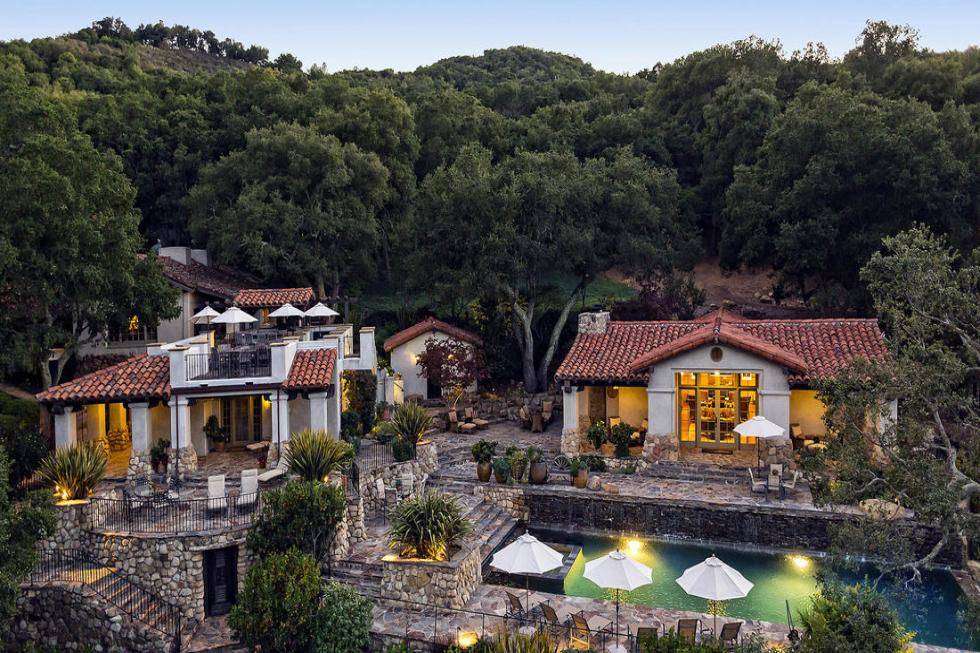 On 180 acres at the crest of San Marcos Pass, with Santa Barbara and the Pacific to the West and the Santa Ynez Valley wine region to the East, "Deer Lodge" was built as a turn-of-the-20th-century hunting lodge, where sportsmen would gather hoping to bag a trophy for their dens. Having accompanied their wives at one too many concerts and ballets, it was where they could let their hair down, talk like men, and have an extra couple of brandies without disparaging glares from across the room. It was the early 20th century gentleman’s answer to today’s man cave with football on TV, chips, and a case of beer.

Over the years, changes and improvements were made to fit more modern definitions of comfort without losing the character and ambiance of the original. Today, more family friendly and without the household staff of yesteryear, the main lodge now has living, dining, and family rooms; a country-style chef's kitchen; a master suite; offices; three baths; and a laundry room. The three guesthouses together contain eight en suite bedrooms, sitting rooms, kitchens, and a laundry room. All members of the family and guests can enjoy the pool/media house with fireplace and kitchen, a cabana with bath and laundry, a putting green, decks, and an outdoor kitchen. With 13 buildings in all, including a gaming building and two garages housing six cars, there is also a three-bedroom, two-bath caretaker’s cottage. Outdoor games and children’s fun include a bocce court, sports court, a zip line, a tree house, a play fort, and miles of hiking trails. As a retreat for family and friends or as a unique inn, Deer Lodge with its roots in early California history is priced at $14 million. 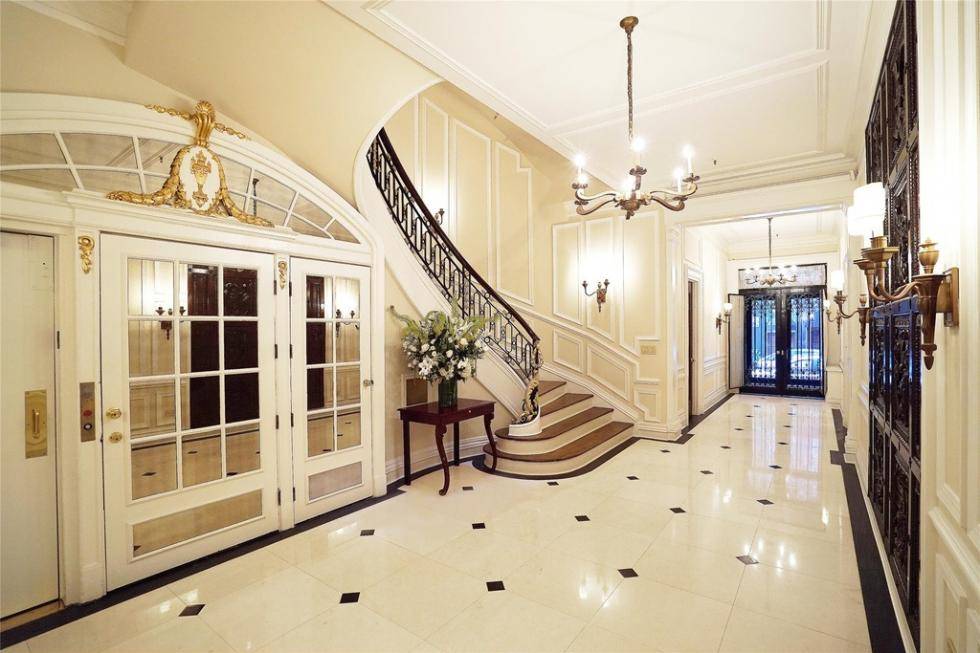 Now for sale on East 81st Street is one of Jeremiah C. Lyons'––a prominent builder and developer, who was instrumental in developing much of New York City––grand limestone mansions built in the Neo-Renaissance style and designed by Buchman & Fox. This was the home that Lyons built for himself. The 17,850-square-foot building of seven and a half stories has 10 bedrooms, 17 baths, eleven fireplaces, a sweeping marble staircase in the large foyer, and a new elevator. Zoned commercial, the building most recently housed the Crown restaurant, and is so versatile in layout it could work well for many uses, not to mention re-establishing it as one of the city’s grandest private mansions. Formerly priced at $63 million, it is now listed at $59 million. 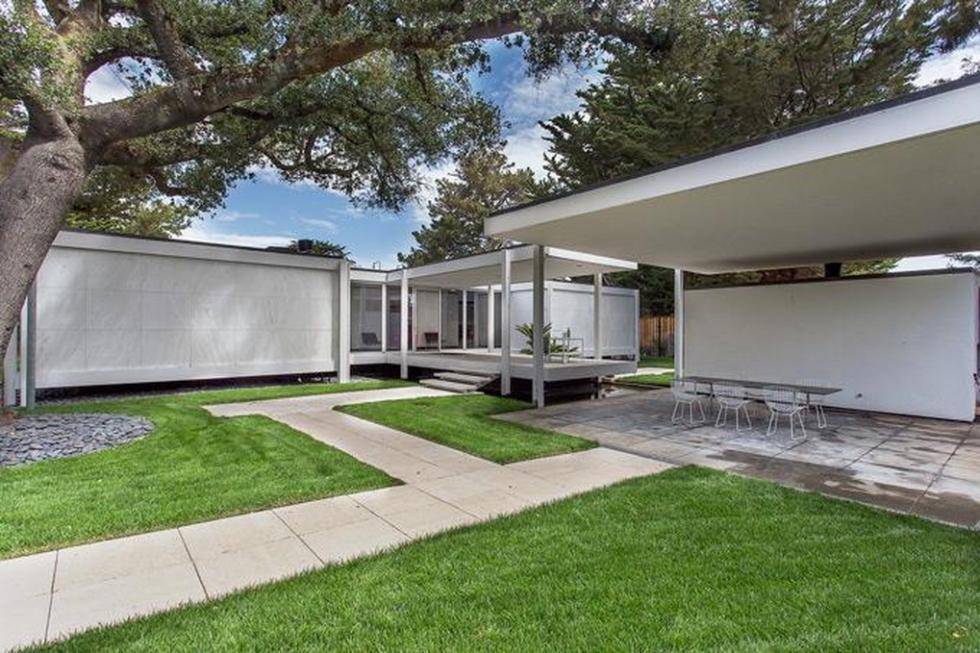 The 1961 "Daphne House,"designed by influential modernist architect, Craig Ellwood, is an excellent example of conveying serenity by the symmetry of its design, reflections playing across water, and expansive views through its multiple glass walls. At 3,660 square feet, the home has six bedrooms, four baths, a double carport, and a swimming pool with views across the Burlingame Country Club golf course. With bedrooms, enough for an office, and media room, as well as space for guests, this Hillsborough, California, home is priced at $5 million.