Modeled after the Palace of Versailles, this mammoth mansion in South Florida—slated to be completed next year—boasts an incredible $139 million price tag, a figure just as jaw-dropping as its 60,000-square-foot interior. 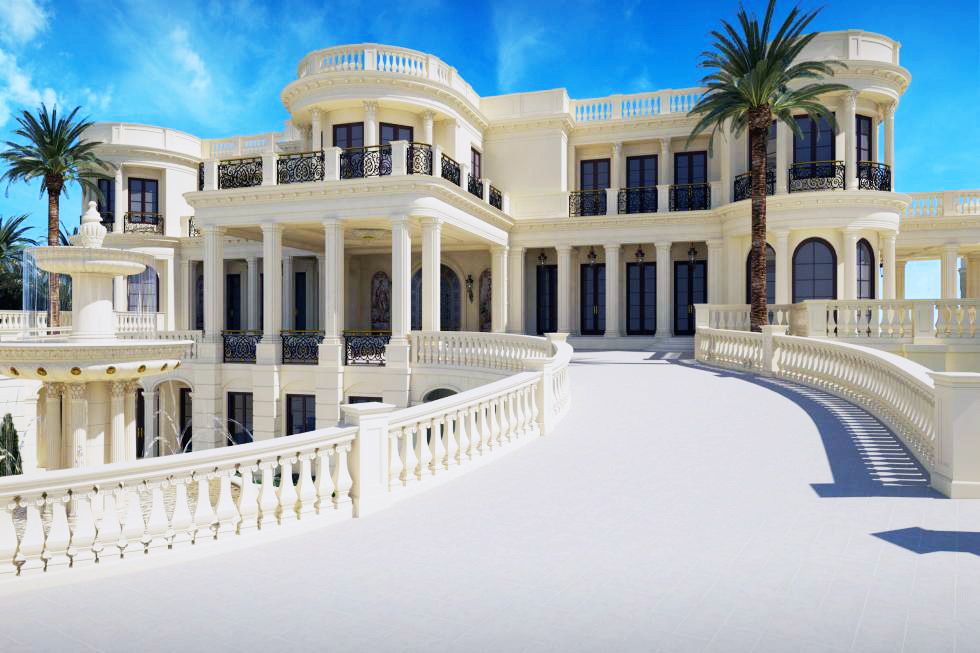 Aptly called "Le Palais Royal," the impressive home—whose entry gate is adorned with 22-karat gold leaf and a $2 million staircase—is located in Hillsboro Beach, a one-mile stretch of ultra-opulent residences set between Fort Lauderdale and Boca Raton, known as the Magnificent Mile. The estate sits on over four acres between 465 feet of Atlantic Ocean beachfront and 492 feet of the Intracoastal, and was constructed on top of hundreds of 150-foot underground pilings, with poured concrete walls and roof. A tranquil haven whose marble floors tout soundproof insulation, the brand new house is accompanied by a 30-car subterranean garage and 11 bedrooms, which include three master suites and a presidential room complete with a plunge pool on its outdoor terrace. 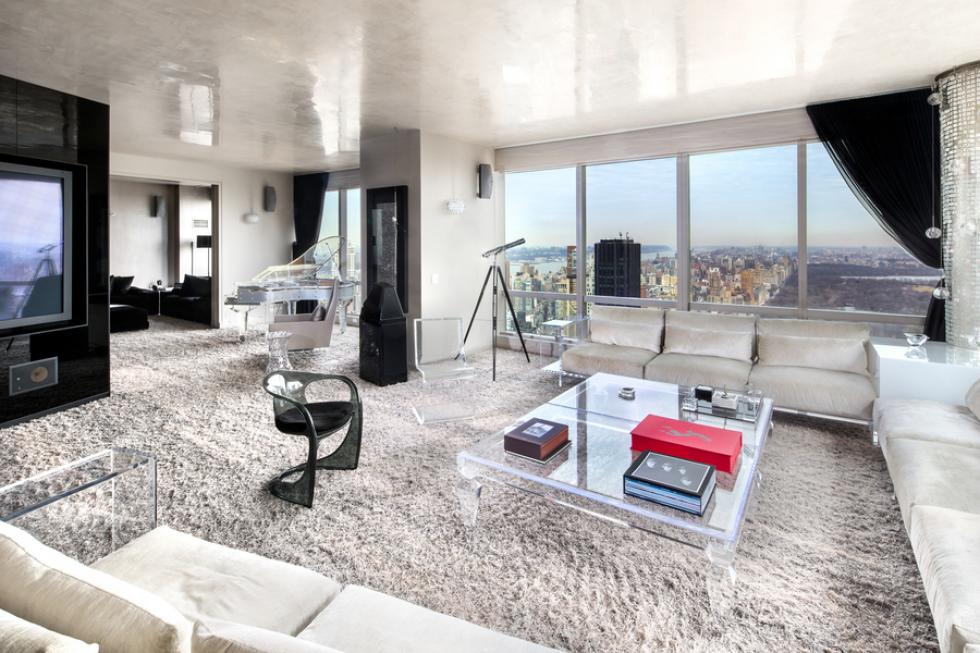 Having recently suffered its third price cut, the 2,292-square-foot bachelor pad—which looms above Central Park on the 66th floor of the Park Imperial—was previously listed for $8.5 million, but is now seeking $7.5 million. It has two bedrooms, two baths, and a den complete with a custom-designed gallery wet bar and media room. The home's dramatic interior showcases lucite furnishings, including a grand piano.

Set to be auctioned off this month, this comtemporary luxury estate by Skaneateles Lake twice hosted Bill, Hillary, and Chelsea Clinton for five days at a time—once in September 1999, and again in 2000. 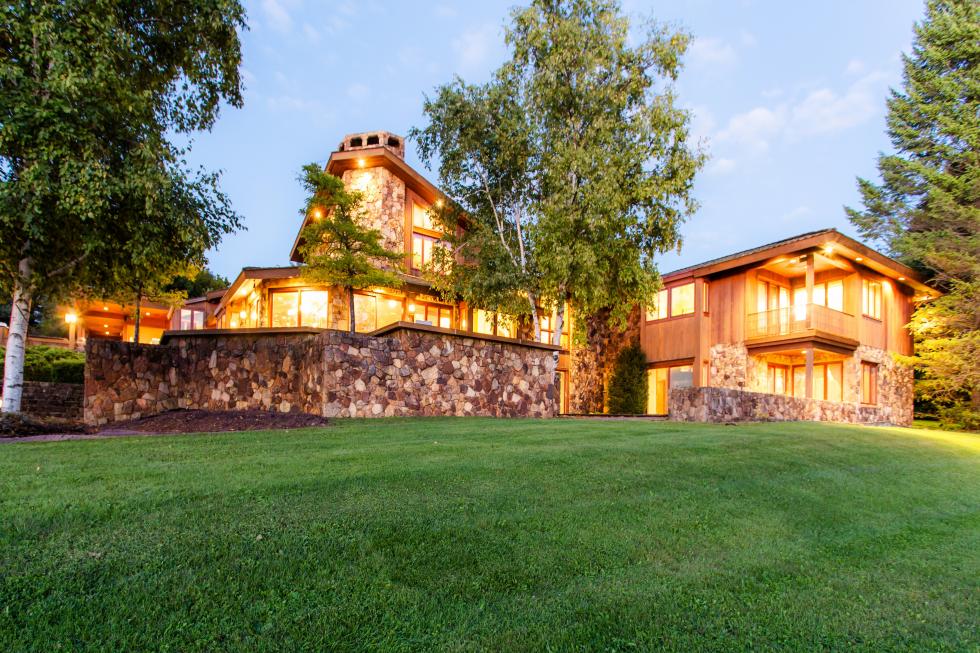 Built in 1987 by Tom and Cathy McDonald, the residence is sited on 4.5 acres with 370 feet of shoreline. It consists of three structures: the main residence, a separate guesthouse/caretaker's quarters, and a waterside boathouse. All in all, the property boasts 15,600 square feet of living space, with ten bedrooms and 11 baths. Prospective buyers will be pleased to hear that certain aspects of the property are grandfathered, which means they can no longer be added to new construction. Such features include the waterside boathouse with drive-in boat lifts, a paved boat launch, and ample decking and paved entertainment spaces poised directly on the water.

Purchased in the mid-90s by billionaire financier George R. Roberts for his award-winning equestrienne wife, Leanne Bovet-Roberts, this Ugo Sap-designed estate—currently priced at $32 million—sits atop 10,000 acres featuring vineyards and farmland, not to mention a world-class equestrian facility in California's San Benito River Valley. 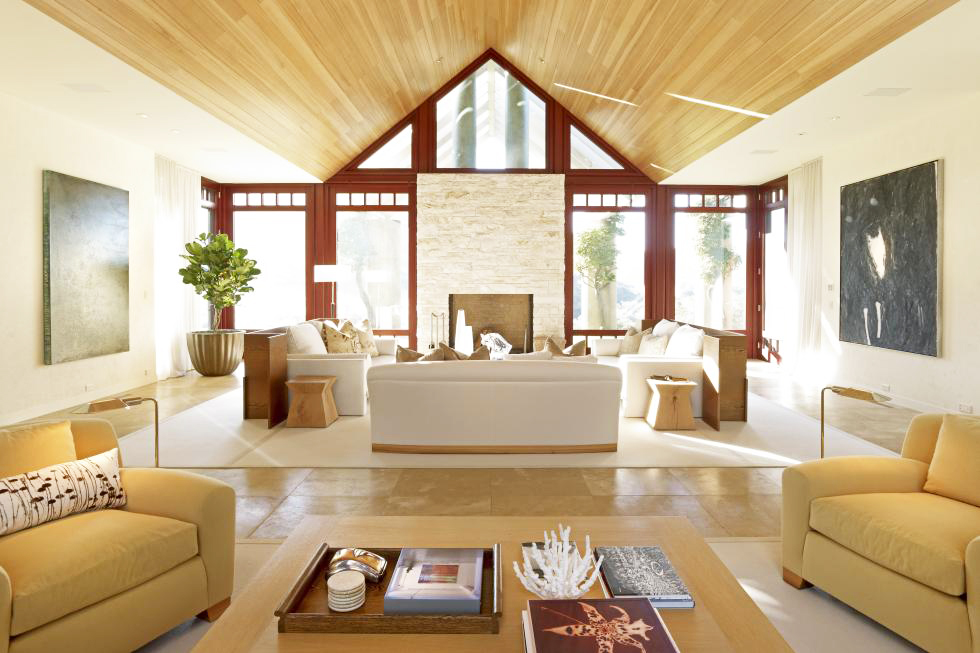 Commissioned by construction mogul Henry Beck and his then-wife Patty, this 11,387-square-foot home was designed by architect Philip Johnson in 1963. 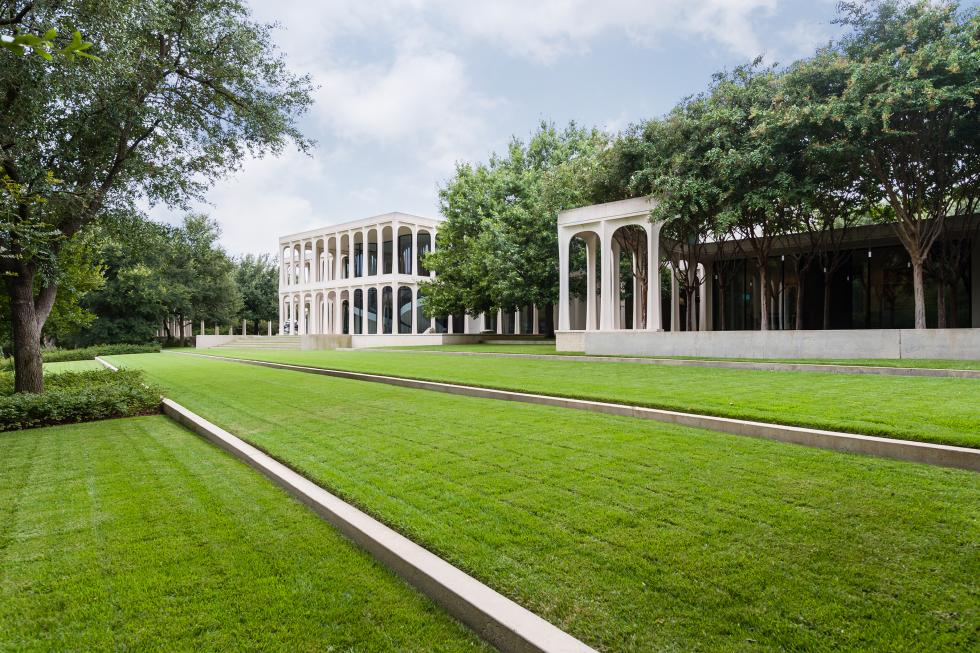 Situated on 6.45 acres in the coveted Preston Hollow neighborhood, the estate—which has played host to President Obama twice in the past—features five bedrooms, 11 baths, and a grand foyer/gallery with dramatic double staircases. Other rooms include a formal living and dining area, a library, two studies, a state-of-the-art kitchen and butler's pantry, an informal dining room, a family room, and a laundry room, plus a house manager's office/quarters, a guest suite, and a private stairway leading to the upper level. Outside, there is also a separate media house steps from the main house, which contains a step-down media room and a full bath and kitchen. The 1,521-square-foot pool cabana has two baths, a full kitchen, and numerous sliding glass doors that open to a covered terrace and tennis court.