Actress Meg Ryan’s quaint gingerbread Victorian is on sale once again (though it is reportedly already in contract). Built in 1889 by Samuel Newsom, this six-bedroom, seven-bathroom house—which has been repeatedly used as a set for film, television, and commercials—still has its original peaked roofs and detailed ornamentation intact. 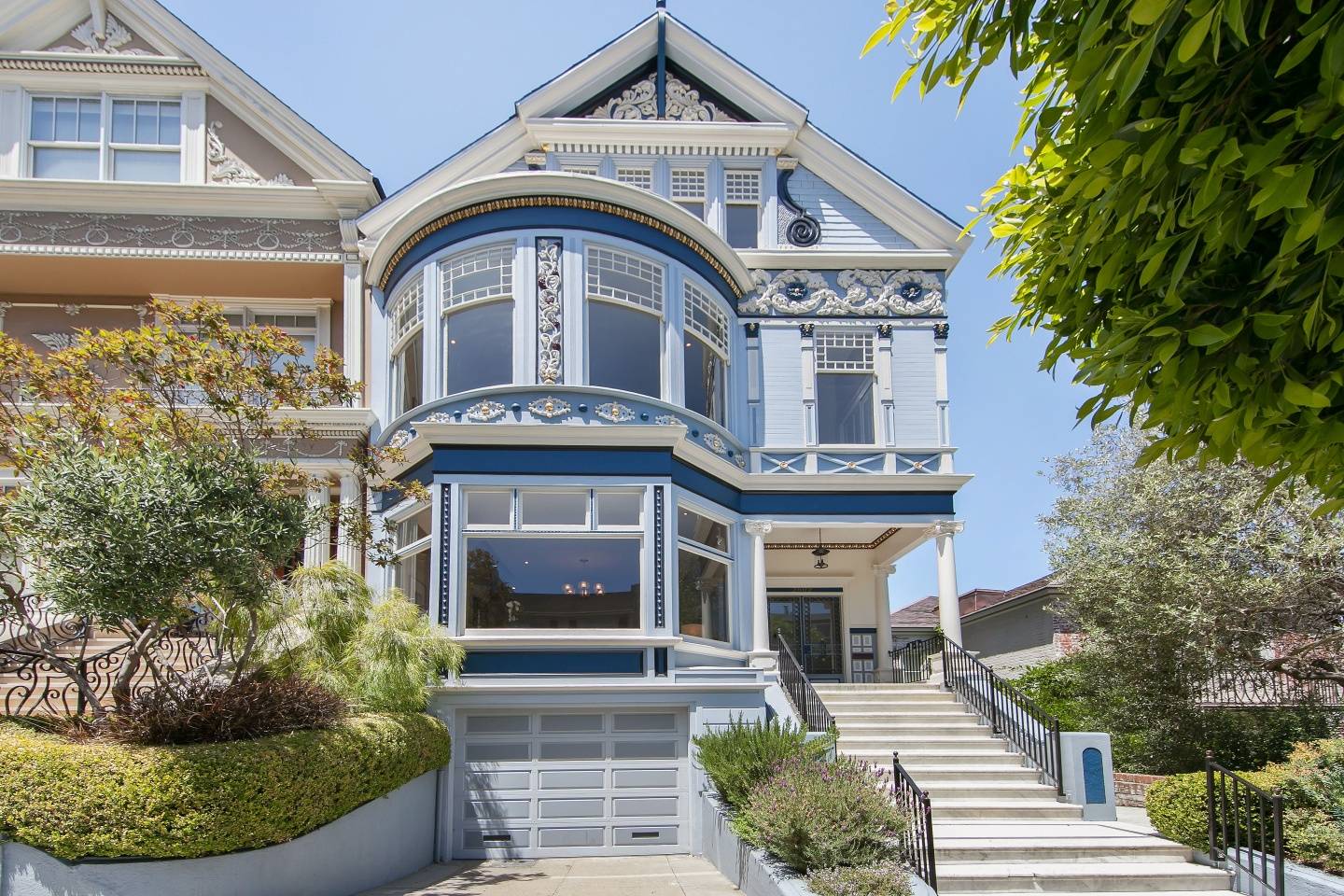 Priced at $8.995 million, the glamorous home has wide open rooms filled with light and neutral paint with a wide curving stairwell and light hardwood, immediately giving one a sense of airiness and space. There are wide views of the bay from all the main rooms and including the “pent room,” which functions as a spectacular room for enjoying the views from both inside and out through glass walls that open to another terrace.

Priced at $7.9 million, two hilltop homes nestled on five-and-a-half acres in La Cresenta, California—bordered by the Angeles National Forest—are now on the market. 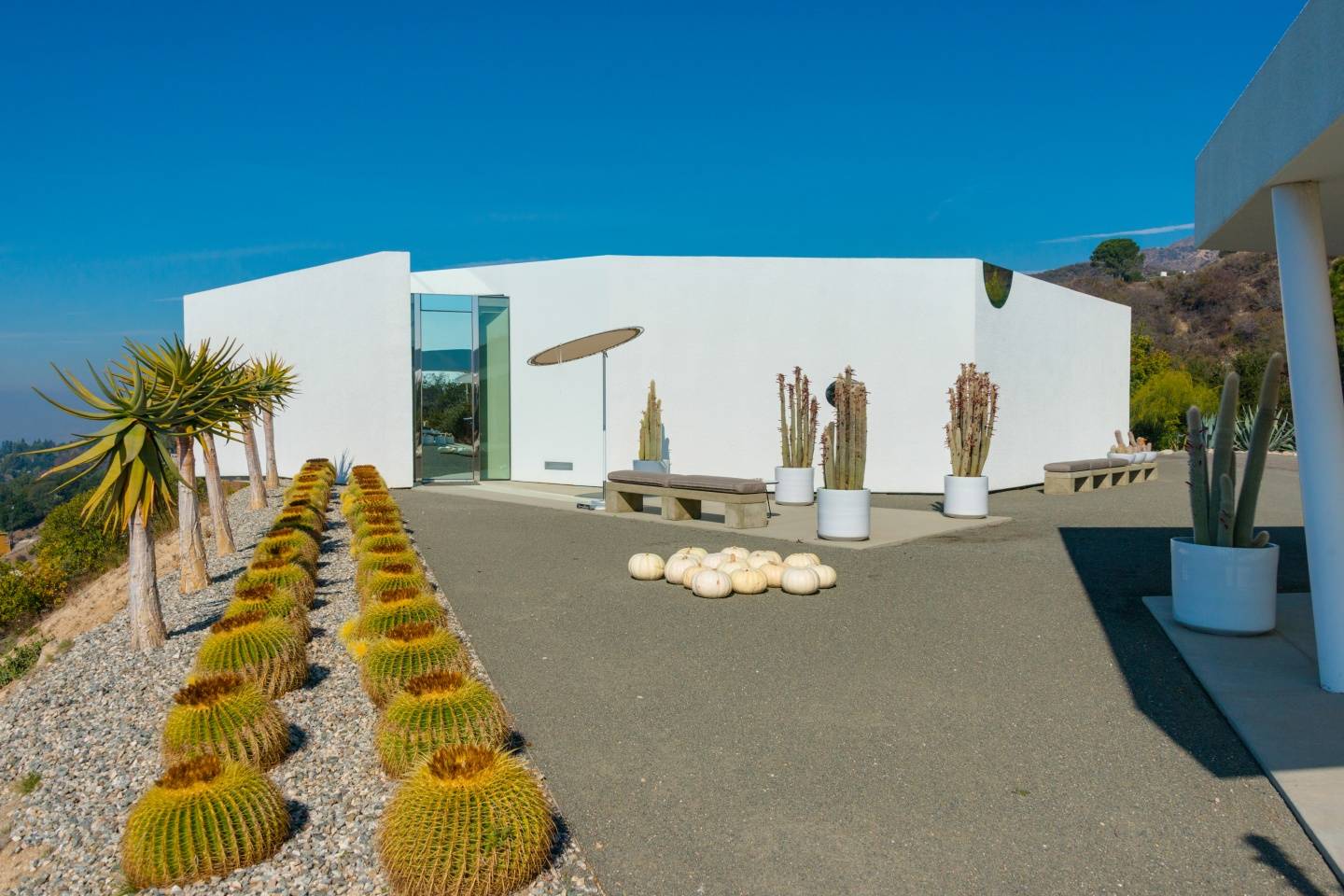 The first residence—which measures in at 1,350 square feet and has two bedrooms, one bath and walls of glass—was built by Richard Neutra in 1953, and features a geometric and airy build. The second home—a modern seven-sided structure designed by Michael Maltzan—boasts glass polygon rooms that pivot off a central courtyard. Completed in 2009, the unique house—which is accompanied by artistic cactus gardens—was featured in Architectural Record the following year, and won three awards from the American Institute of Architects.

A one-of-a-kind Dutch replica windmill at the edge of the Connecticut River can now be yours for $1.925 million. 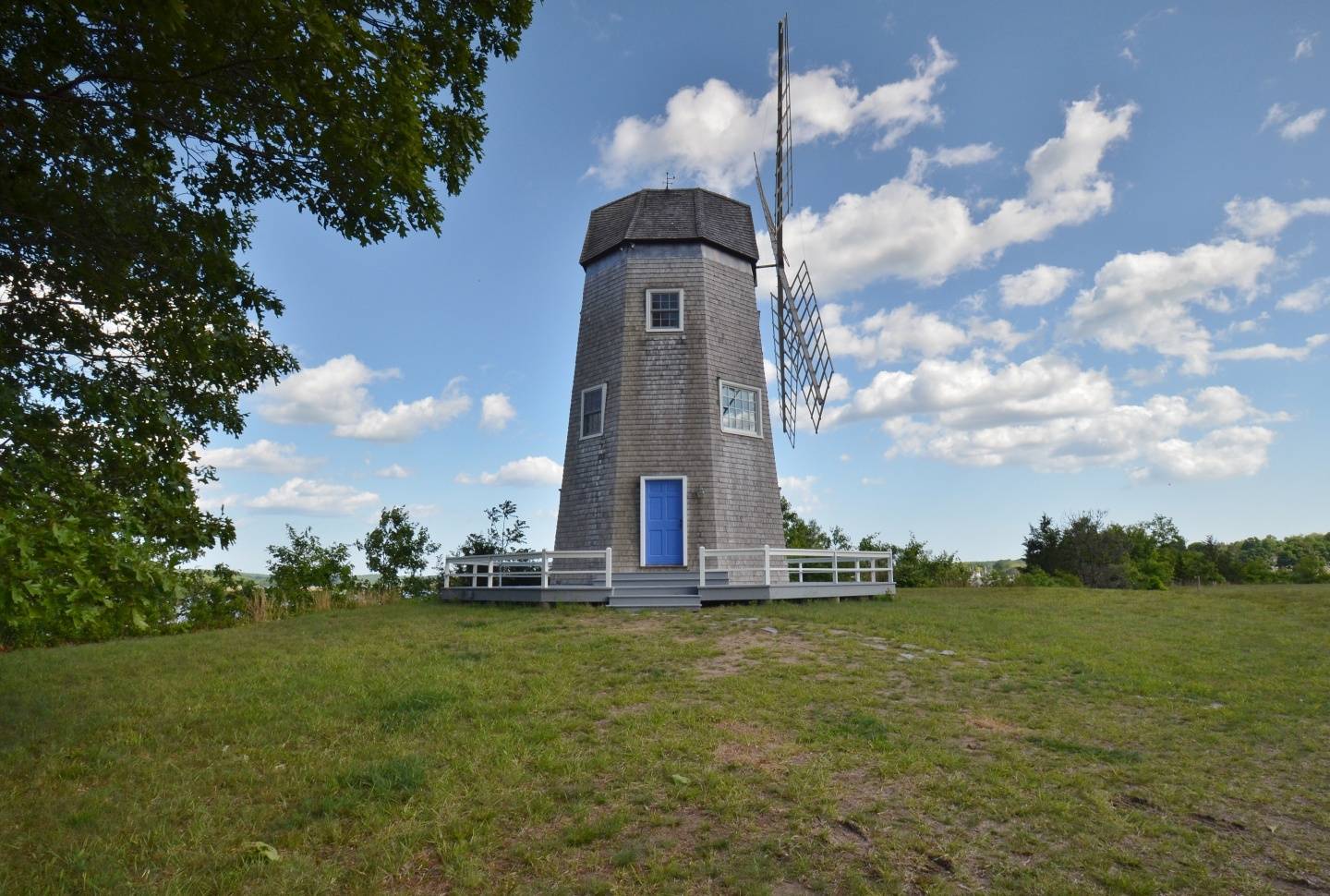 Located in the historic waterfront town of Essex, this charming windmill—complete with wind blades—could be the ultimate weekend getaway or, with added cooking facilities, a full-time residence. Its wet bar, for instance, could easily be converted into a functional kitchenette with a few alterations. Built in 1967, the windmill has 840 square feet, three bedrooms, and one full bath. It also has a full, unfinished basement, accessible via a hatch. Every surface—from its wood floors, to walls and quaint stairwells—is in mint condition, making it move-in ready. The main living room opens out to a 360-degree, wraparound deck with gorgeous water views. 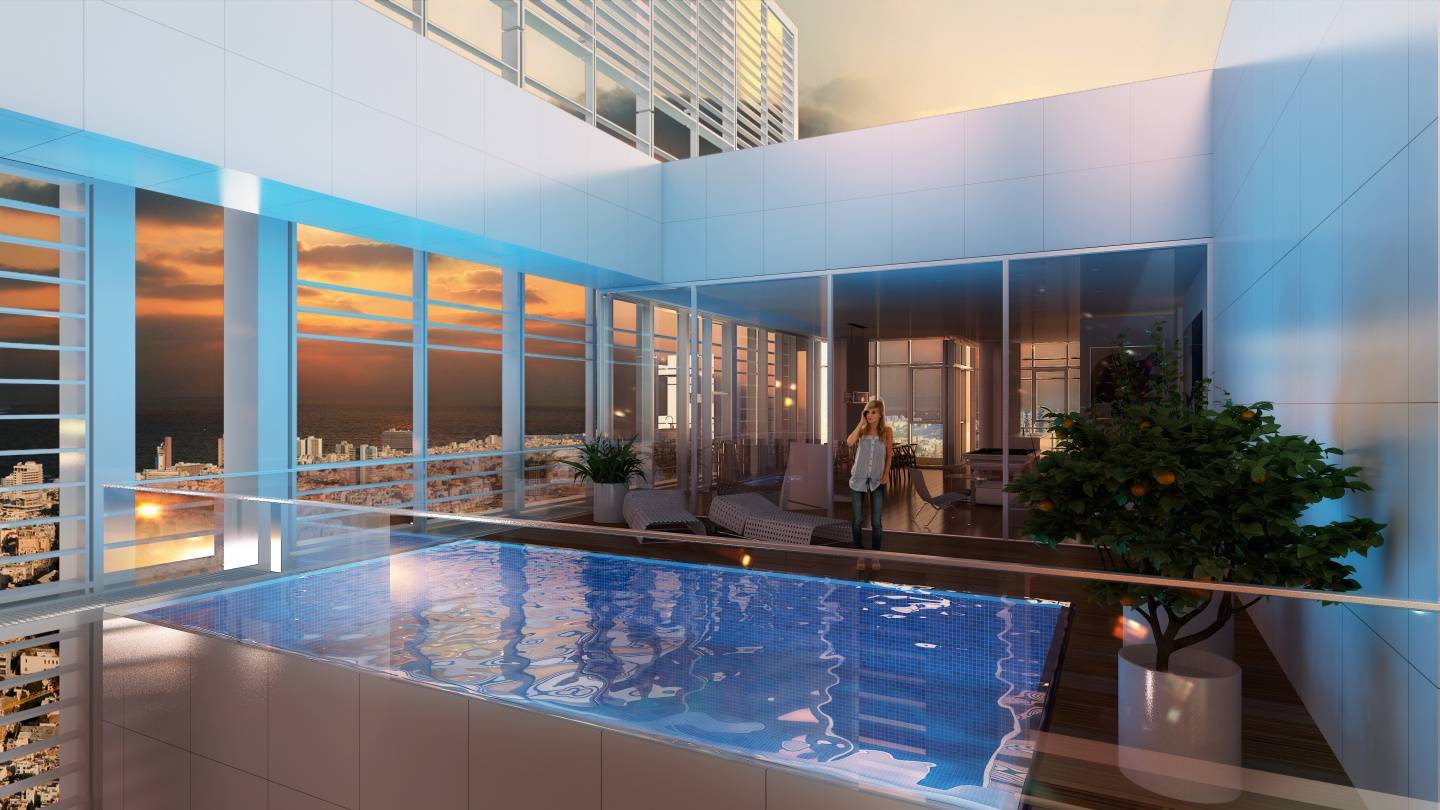 Residents of the three penthouses—which range from 6,534 square feet to over 15,000 square feet in size—enjoy the building’s amenities, which include a hospitality lounge, lobby, spa, wine cellar, lobby services, six subterranean levels for storage and parking, and a semi-Olympic sized swimming pool. Each of the penthouses—the highest in the city—has its own indoor pool, private indoor gym and spa, and a private elevator, as well as a 164-square-foot balcony with stunning views of the Mediterranean Sea, Old Jaffa, the Judean Hills, and the busy urban scenery of Rothschild Boulevard.

Located on the 12th floor of the New Museum Building—one of the tallest structures in the Lower Manhattan area—rock star Jon Bon Jovi's 7,452-square-foot New York SoHo duplex is once again up for grabs. Previously asking $42 million, the furnished penthouse is now priced at $37.5 million. 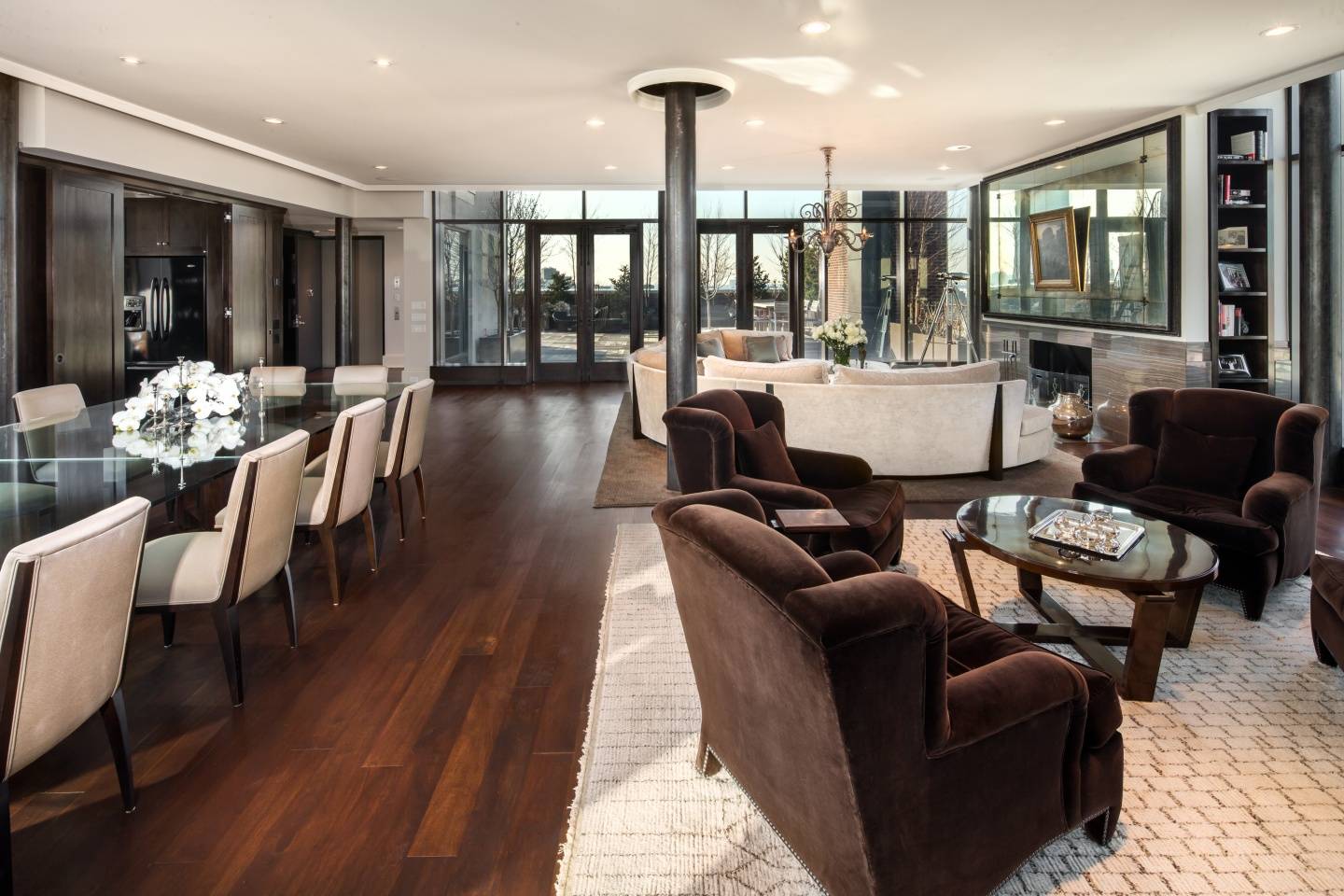 Nearly every room in the musician’s pad is lined with huge glass walls and terraces—even the kitchen windows will have you looking instead of cooking. The lower level features family spaces with a great room, wood-burning fireplace, marble baths, dining area, and a gourmet kitchen. It also touts five bedrooms, including the master bedroom suite, which has rare arched windows.

The upper level includes formal living and dining rooms and access to the home's grand terraces, which feature lush landscaping and panoramic views of the city. The second floor also features a screening room, a guest room, a full bath, a powder room, and a second wood-burning fireplace.