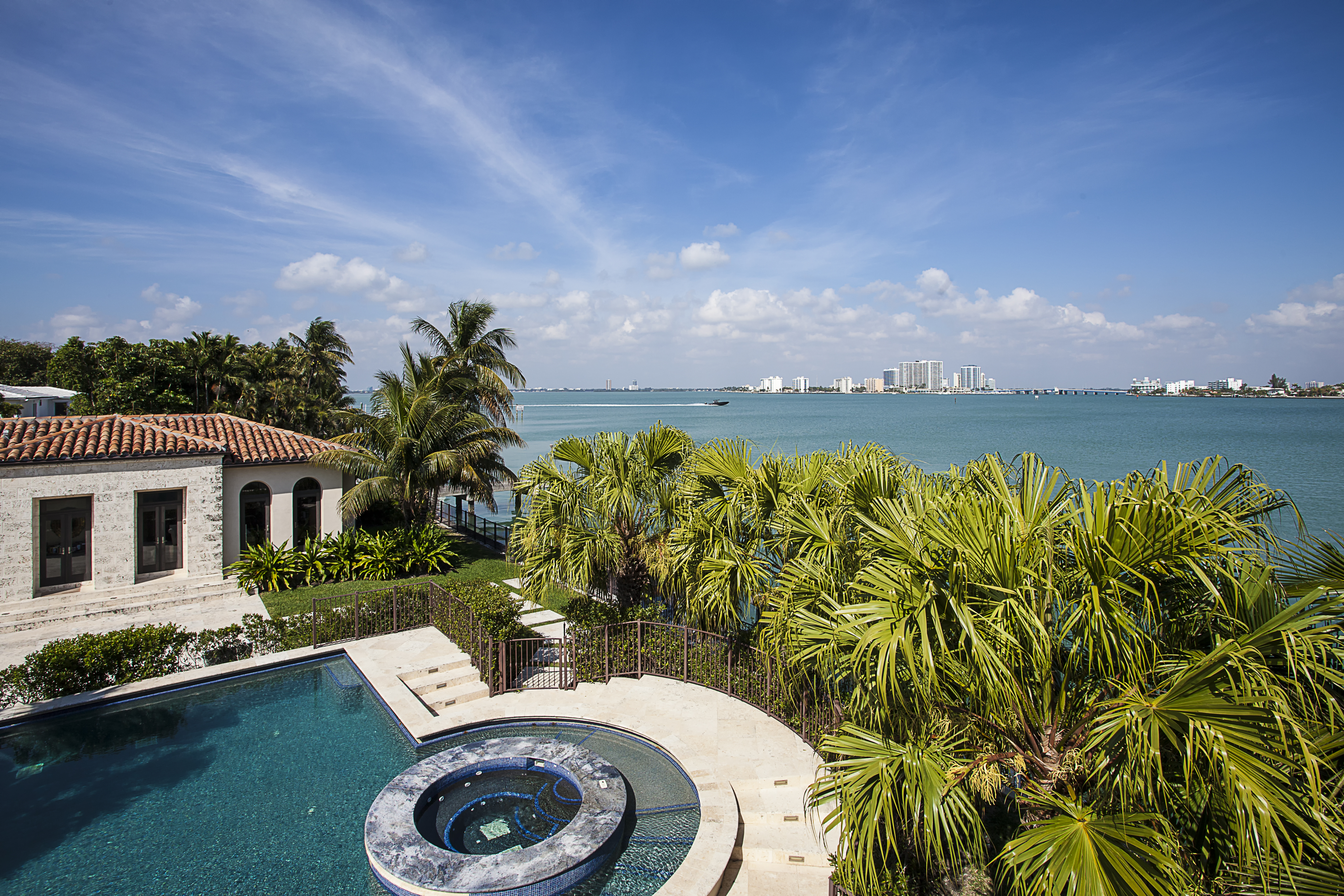 Located on one of North Miami Beach’s most exclusive and secure celebrity magnet islands, as well as being on an enviable double lot, the La Gorce Island home is designed in the classic Old Florida Mediterranean-style. Though it has all the exterior character of the grand mansions of the Henry Flagler era, the interior is sharp contemporary. Damon and his new wife at the time acquired the double lots and their 1935 mansion dream home in 2005 for $14.5 million. The 12,705 square foot home has seven bedrooms, ten bathrooms, home theater and custom office. The enviable acre of premium waterfront land includes the main house, pool house with roof terrace and a two-bedroom guest house. With 170 feet of water frontage on Biscayne Bay, it also has a dock and views of downtown Miami. 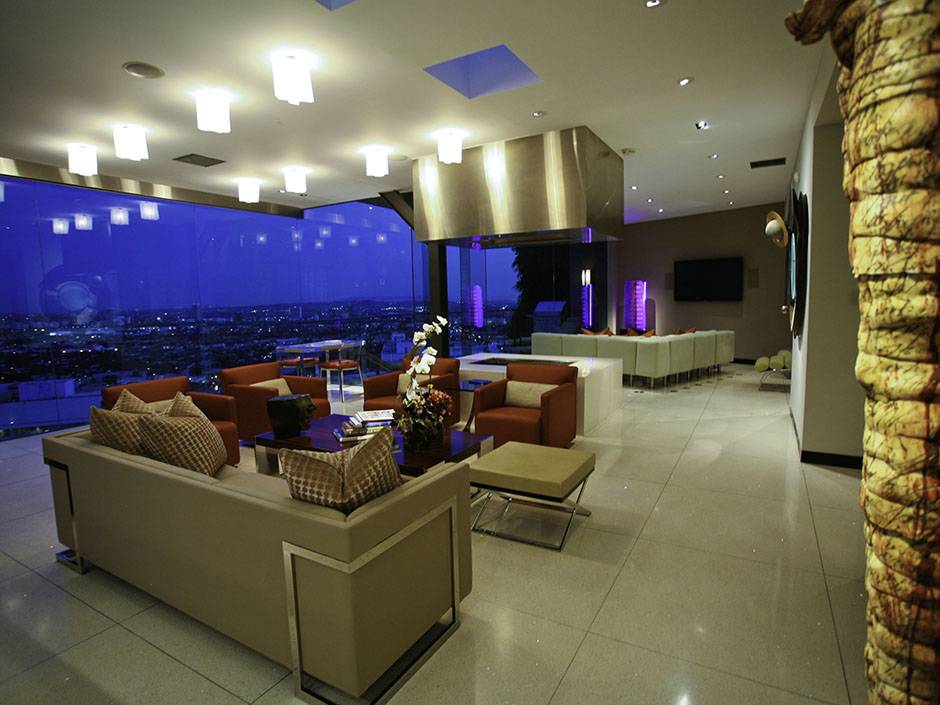 This dazzling mid century home built in 1951 and perched just above the famed Sunset Strip would have been in the thick of 1950’s Hollywood - or at least able to observe from a perfect vantage point. Now restored and updated with beaucoup style and imagination, at 4,000 square feet, fabulous art and some of the best views in Los Angeles, it has three bedrooms, four bathrooms, a kitchen with the best appliances, screening room with wet bar that doubles as a master suite, flowing white terrazzo floors, and a glass bath shower and walls. Super modern steel and glass home 60 seconds above the heart of the Sunset Strip. Selling fully furnished including a custom lighted dining set. 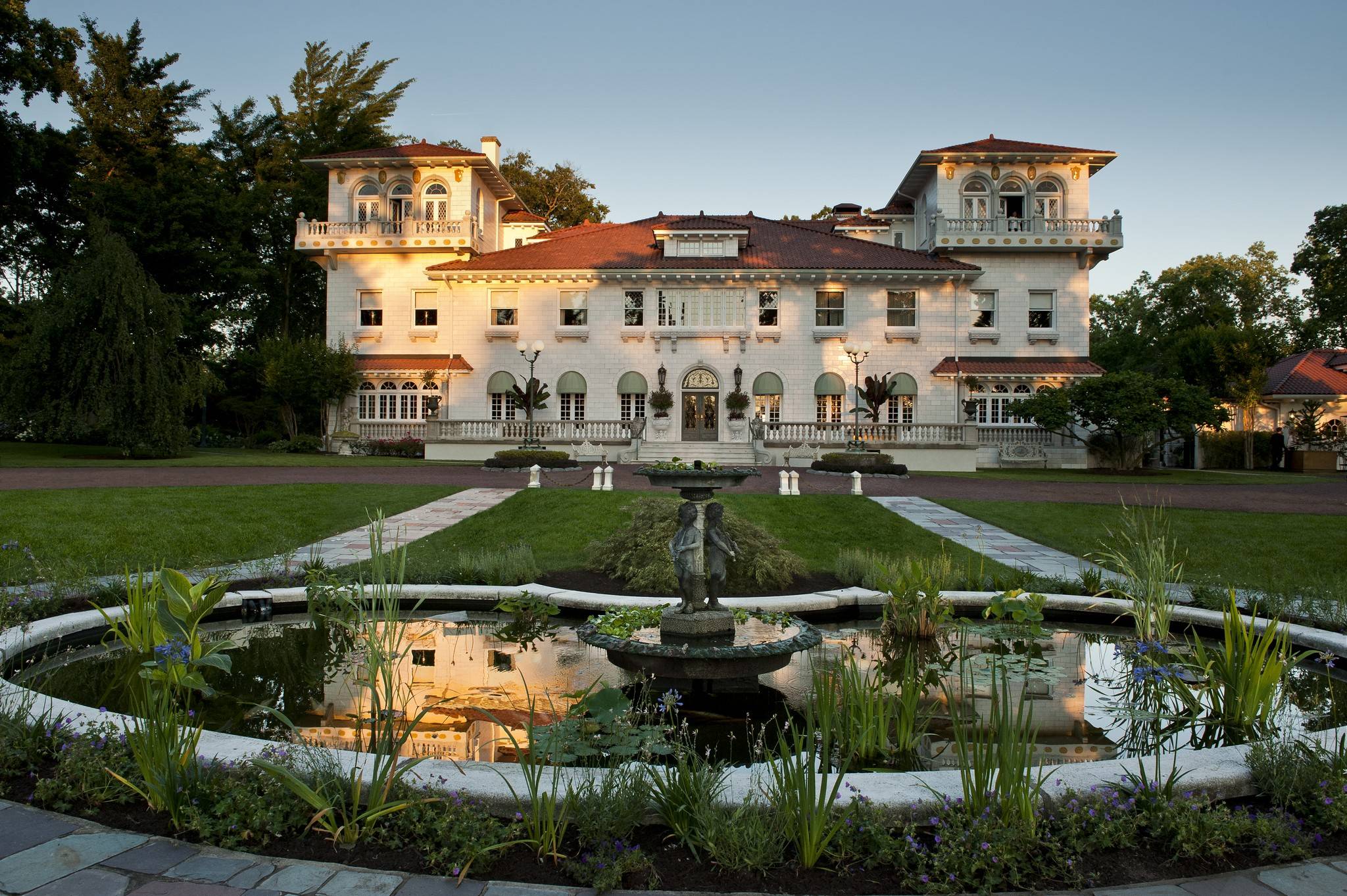 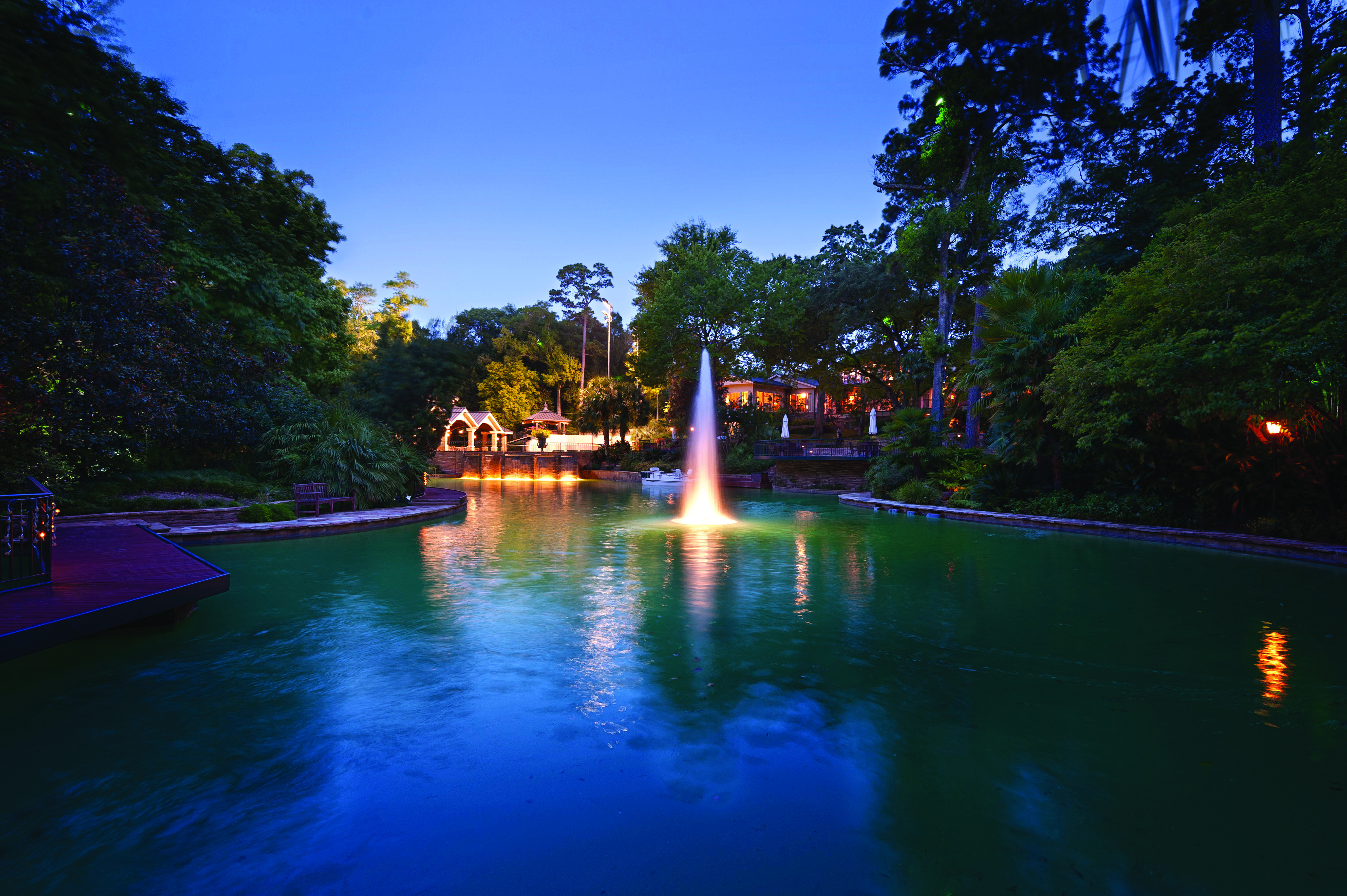 Located on 2.8 very private acres, the 11,737 square foot home is spacious with a layout and flow perfect for entertaining in the well-appointed formal rooms or for quiet, private family times luxuriating in deep comfort. With three bedrooms and nine baths, the master suite is a great getaway with a sitting room, large his-and-her baths and views over the pools and treetops. The outside is even better. Water everywhere: pools, waterfalls, pool island with trees; pools in shade, pools in sunshine and a small lake. Play, daydream, entertain? Just pick, it’s all here. Tennis, swimming (in possibly the largest private pool in the U.S.) or paddle boating around the small lake with its overhanging vegetation. Entertaining any size group is made easy in the large tennis court pavilion with its bar and orchestra stage, also with outdoor kitchen, spa and guest house. It’s no accident that “The Thief Who Came to Dinner” with Ryan O’Neal and Jacqueline Bisset was filmed in this magical setting. Van Dyke's Houston home has one of the largest private pools in the U.S., full size lighted tennis court with viewing stands and party pavilion with bar and stage for orchestra. Asking $14.5 million. 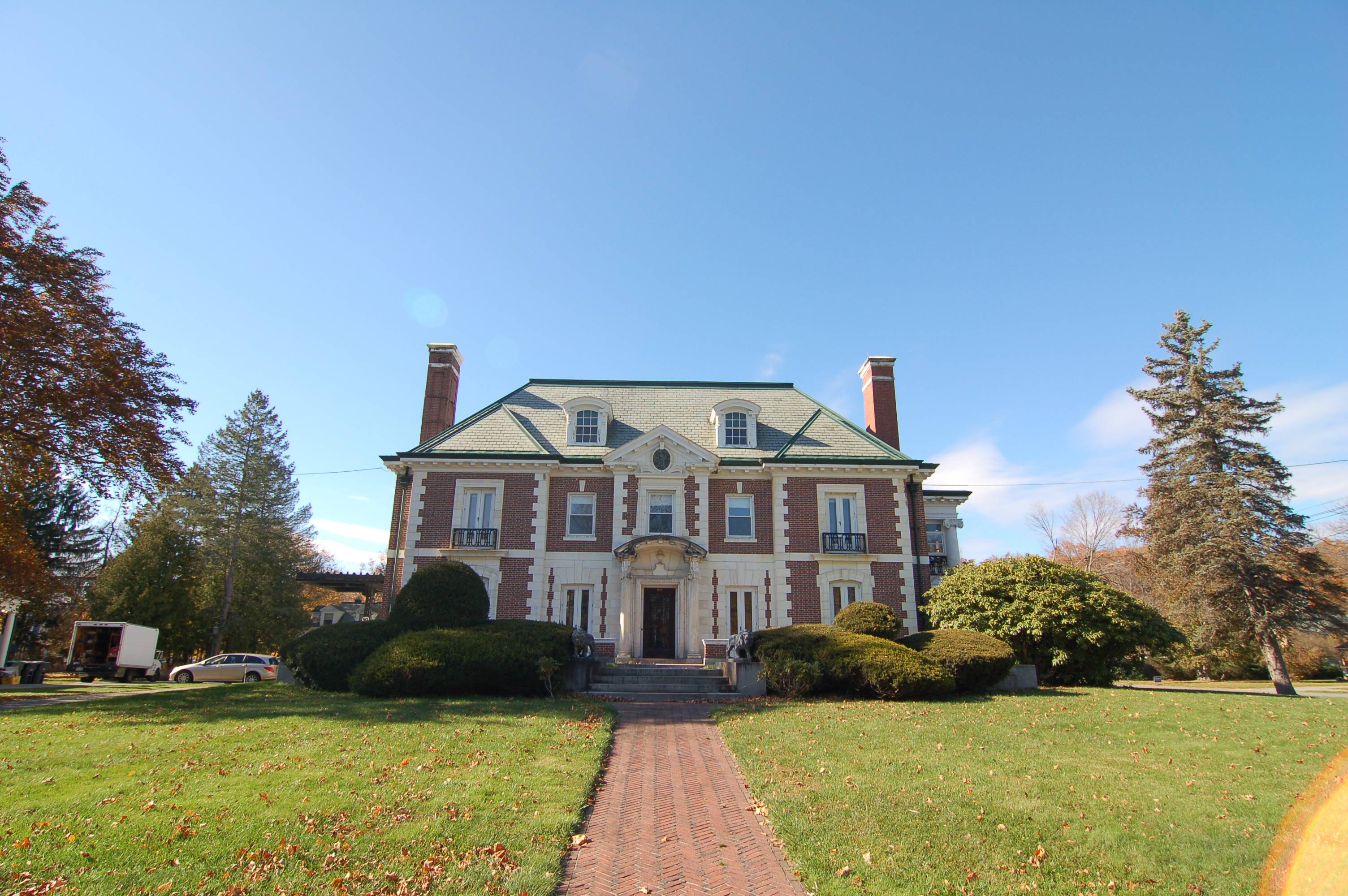 With 26,528 square feet, the red brick mansion with its marble and slate accents and stately white columns is now situated on nine-tenths of an acre. Consisting of 34 rooms including a grand curving stairway, a large oval dining room, six fireplaces and a grand, rose colored ballroom on the third floor, it’s easy to imagine it as the glamorous social hub it was in its day.