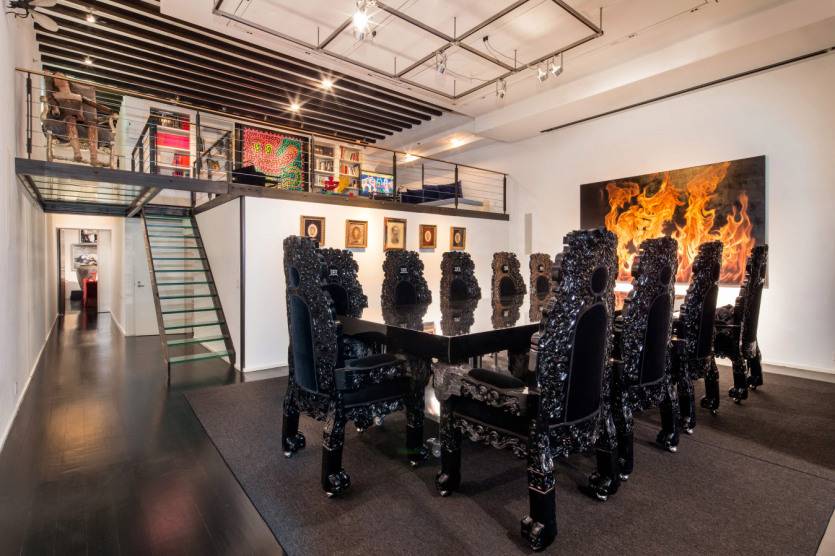 A loft apartment in the historic building once known as the St. Nicholas Hotel is now on the market. The asking price for the two-bedroom, two-bathroom pad is $6 million.

Lio Malca, a gallery and hotel owner, is selling the apartment and over the years, has outfitted the place with artworks from some of the art world's most celebrated names. The works of art, which are from Malca’s personal collection, include pieces by KAWS, Jean-Michel Basquiat, George Condo, and Andy Warhol.

A master suite, a chef’s kitchen, a mezzanine level that could be used as an office or a media room, a spa-like bathroom with accompanying steam room and soaking tub, storage for over 500 bottles of wine, and multiple custom-built closets, among other things, can be found throughout the artsy home.

Back when the building was known as the St. Nicholas Hotel, it was considered to be one of the largest hotels in the world. Being the first building in New York City to cost $1 million to build, the St. Nicholas is said to have helped set a new standard in luxury for hotels. The building, which would go on to replace the Astor House as New York City’s premier hotel, is now the largest co-operative building in SoHo.