Miami’s most architecturally extraordinary oceanfront address continues its reign as one of the most sought-after residential properties in the world. Jade Signature, the award-winning brainchild of Fortune International Group, is the pièce de résistance of ultra-high-end high-rises across the globe, reflecting the ingenuity and artistry of Swiss Pritzker Prize-winning architects Herzog & de Meuron, interior designer and French ‘master of grande luxe’ Pierre-Yves Rochon, founder of Paris-based interior design firm PYR, and Miami-based landscape architect Raymond Jungles.

As evidenced by the latest string of accolades won by the tower’s visionaries -- including the most recent distinctions, the 2019 “American Architecture Award” by The Chicago Athenaeum: the Museum of Architecture and Design and The European Centre for Architecture Art Design and Urban Studies, and “Most Innovative Beachside Residential Development” by BUILD Magazine -- Jade Signature reigns supreme in prestige. 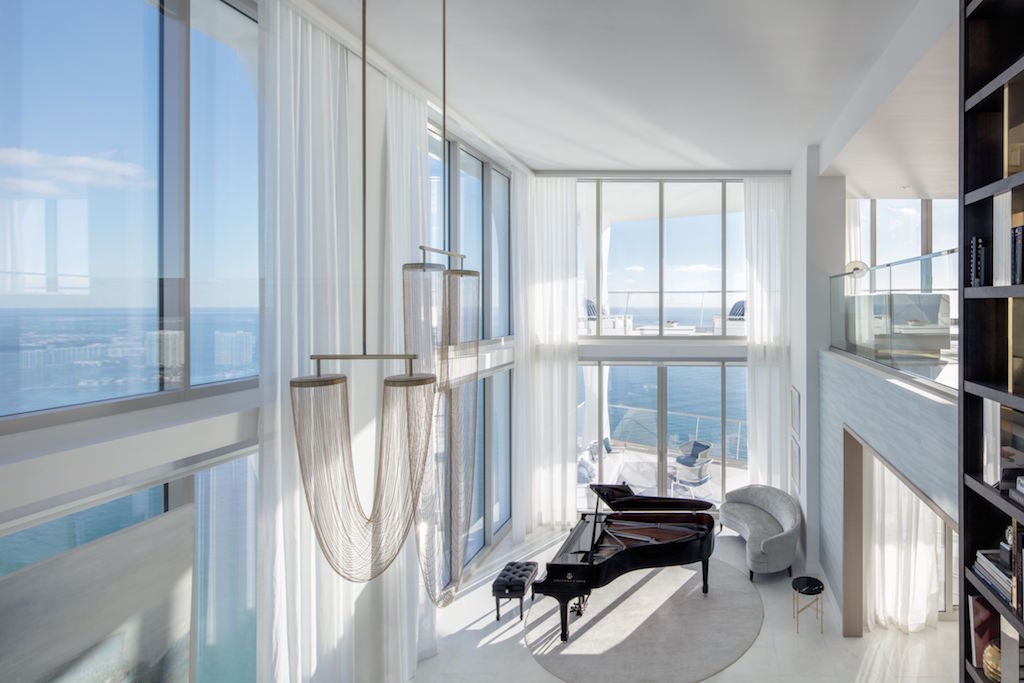 The tower, which was also named by Dezeen magazine as one of 2018’s outstanding skyscrapers worldwide, only has a handful of residences remaining. Adding to the all-embracing allure that makes these flow-through offerings especially enticing is that several have been completely finished and furnished by hand-selected, top-ranked interior designers, including Meyer Davis, Luxury Living Group, and Artefacto.

Recently completed, the Luxury Living Group corner residence, No. 4801, offered at $6.85 million (with the option to purchase it fully furnished), features five bedrooms, six-and-a-half baths, and nearly 5,000 square feet of living space. Stunning accents and finishes abound, including FENDI Casa armchairs in the foyer, a formal dining room with a contemporary table in wenge with a gunmetal base, a master suite with FENDI Casa coffee tables with verde alpi, and a terrace furnished with the Cap Ferrat collection, including Carrara marble coffee tables. 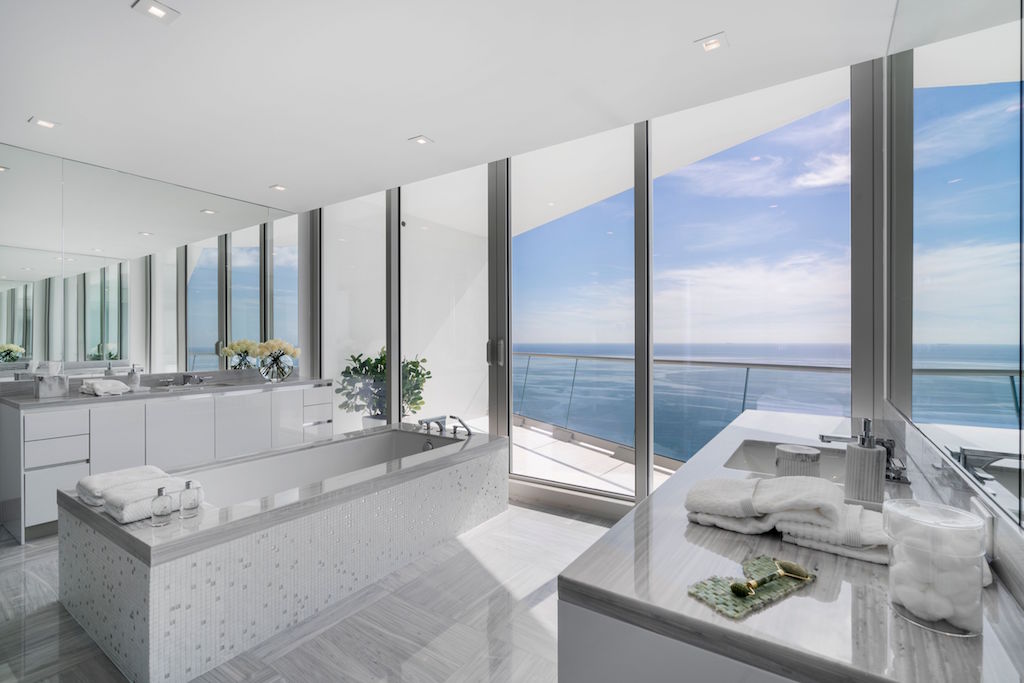 The North Sky Villa by Meyer Davis, No. 5305, is priced turnkey at $13.99 million. The one-of-a-kind, double-height retreat includes five bedrooms and six-and-a-half baths, spread through 6,513 square feet of interior space. Adding to the home’s unmistakable appeal are its outdoor living room-like terraces, equating to an additional 1,407 square feet of space. Design highlights by the New York-based firm include a first-floor, astronomy-themed guest bedroom -- outfitted with a celestial rug from Moooi and artwork above the bed depicting an eclipse -- and an equestrian-themed queen bedroom on the second floor with linen wall-coverings as well as Hermés wallpaper in the bath. 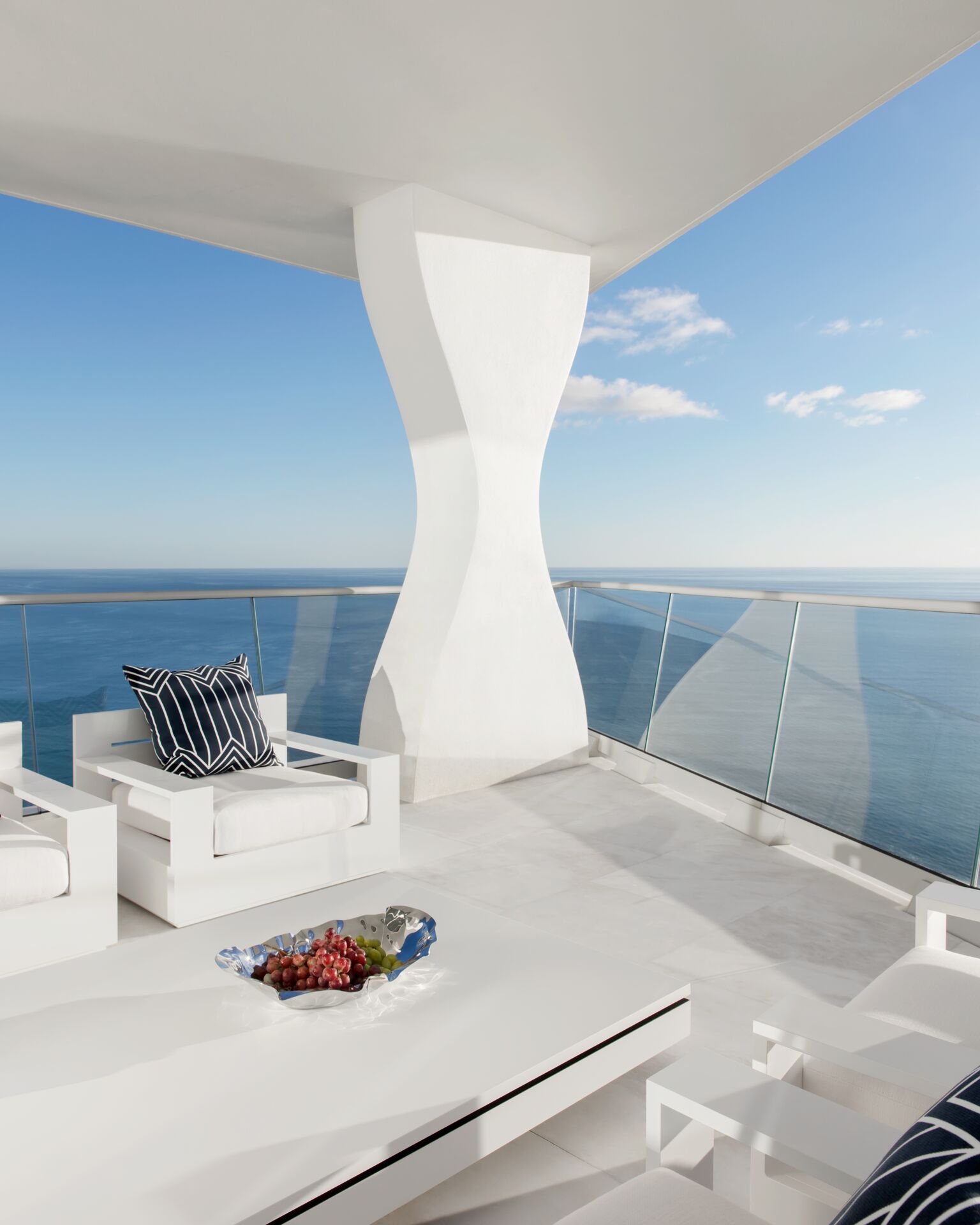 Additional finished and decorator-ready homes, starting at $4.29 million, include two-story Sky Villas and a two-story penthouse -- ranging from $11.9 million to $29.5 million 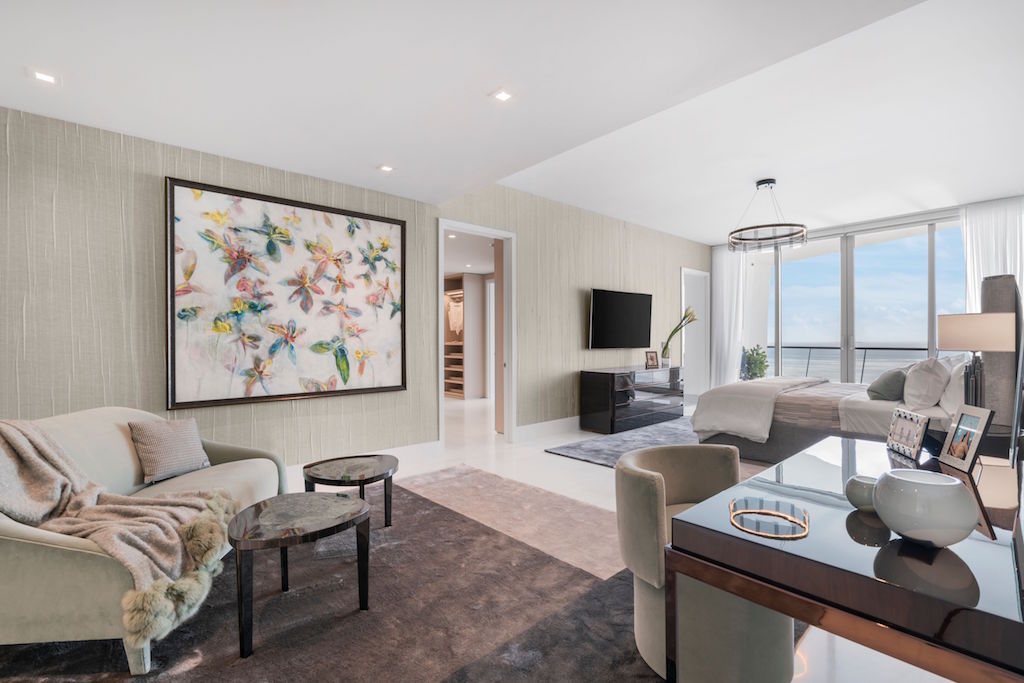