First Spider-Man “turned off the dark” on Broadway—now he’s flipping a home in California. What’s next, the album?

Original Spider-Man Tobey Maguire is selling his Los Angeles estate for $10.25 million, less than a year after purchasing it for $8.45 million. Yes, your “friendly neighborhood Spider-Man” is packing his bags again—this time for profit. Superheroes are restless souls anyway. 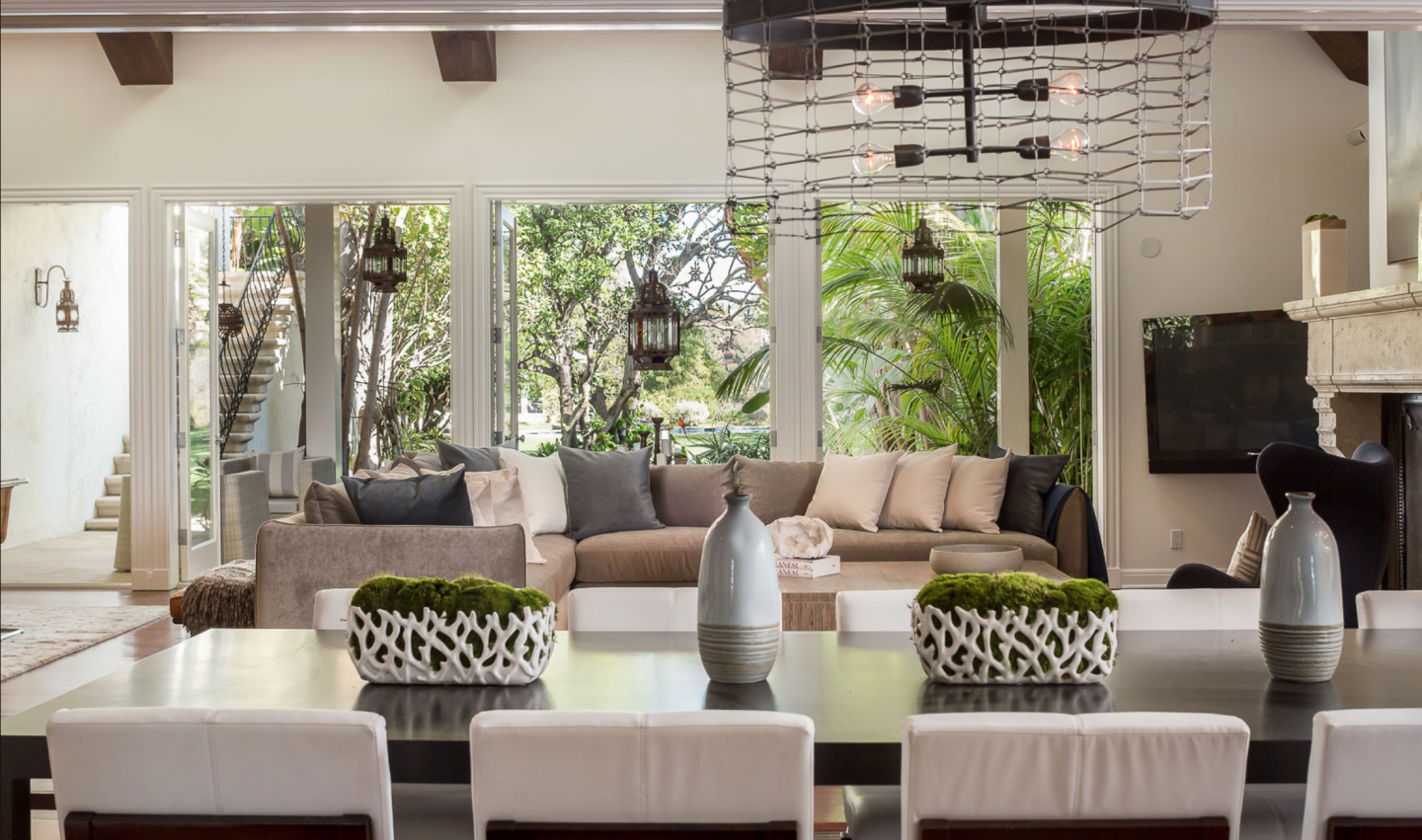 Actor Tobey Maguire's 6,320-square-foot Brentwood estate is on the market for $10.25 million. 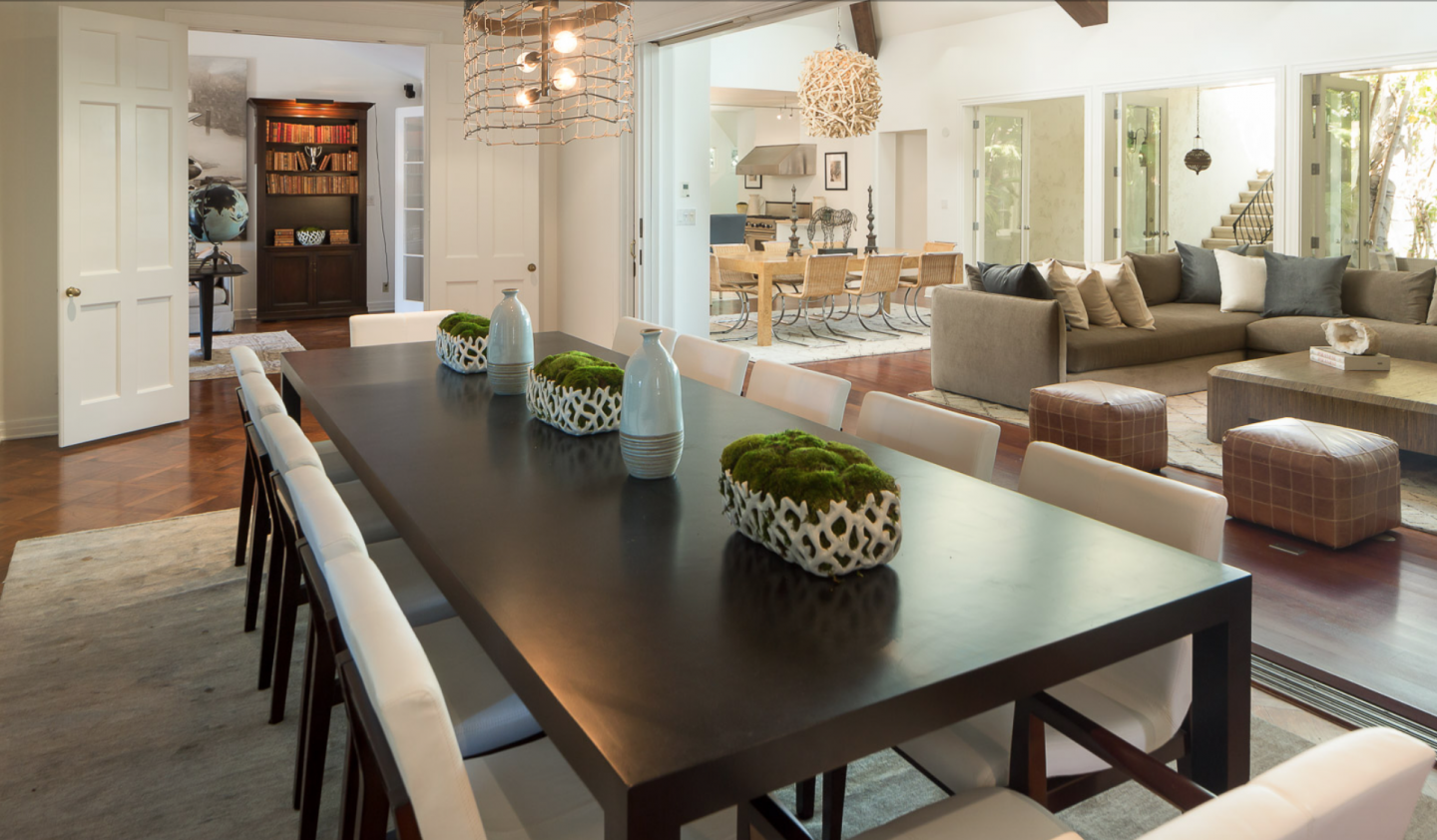 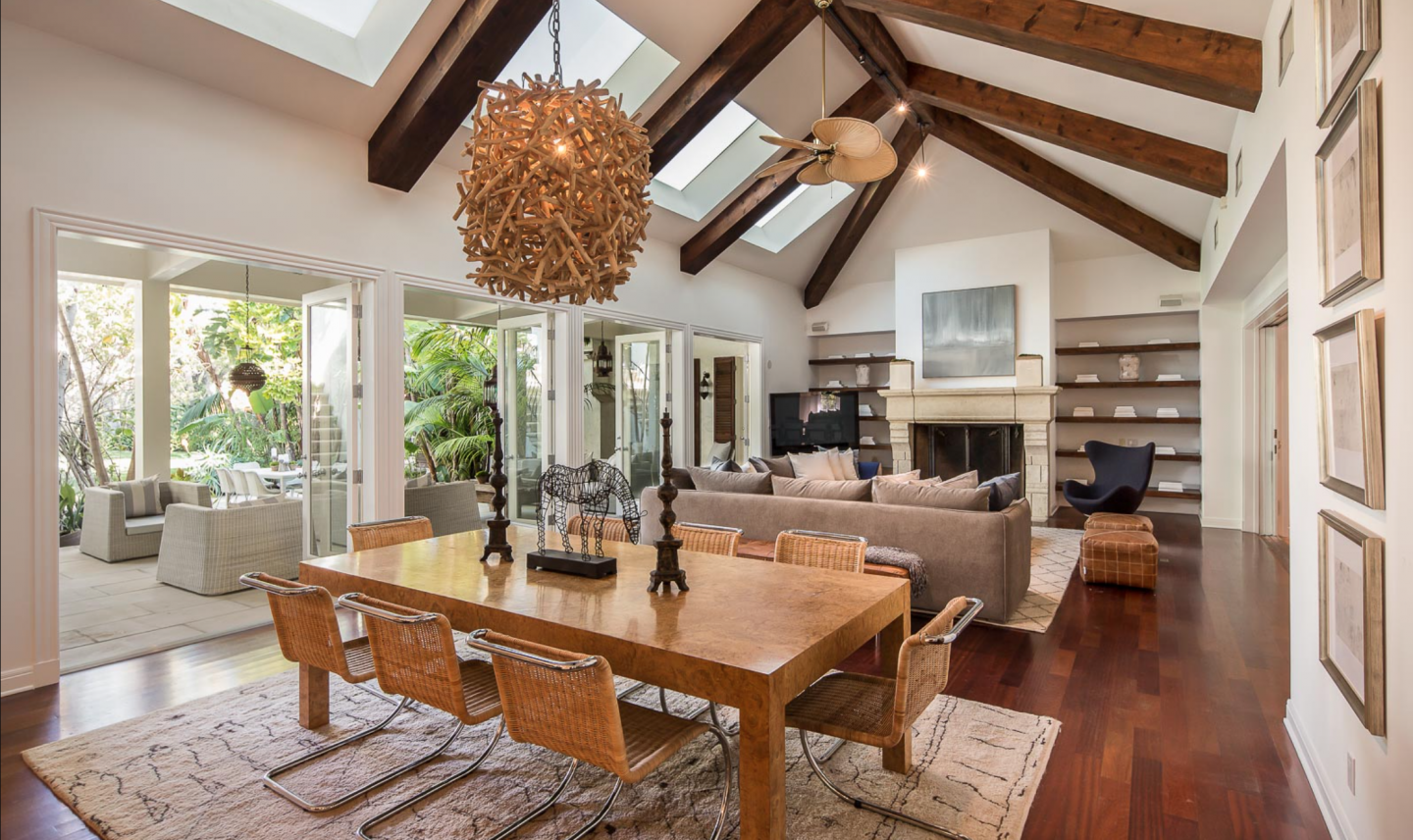 The family room has soaring vaulted ceilings with exposed wood beams and skylights. 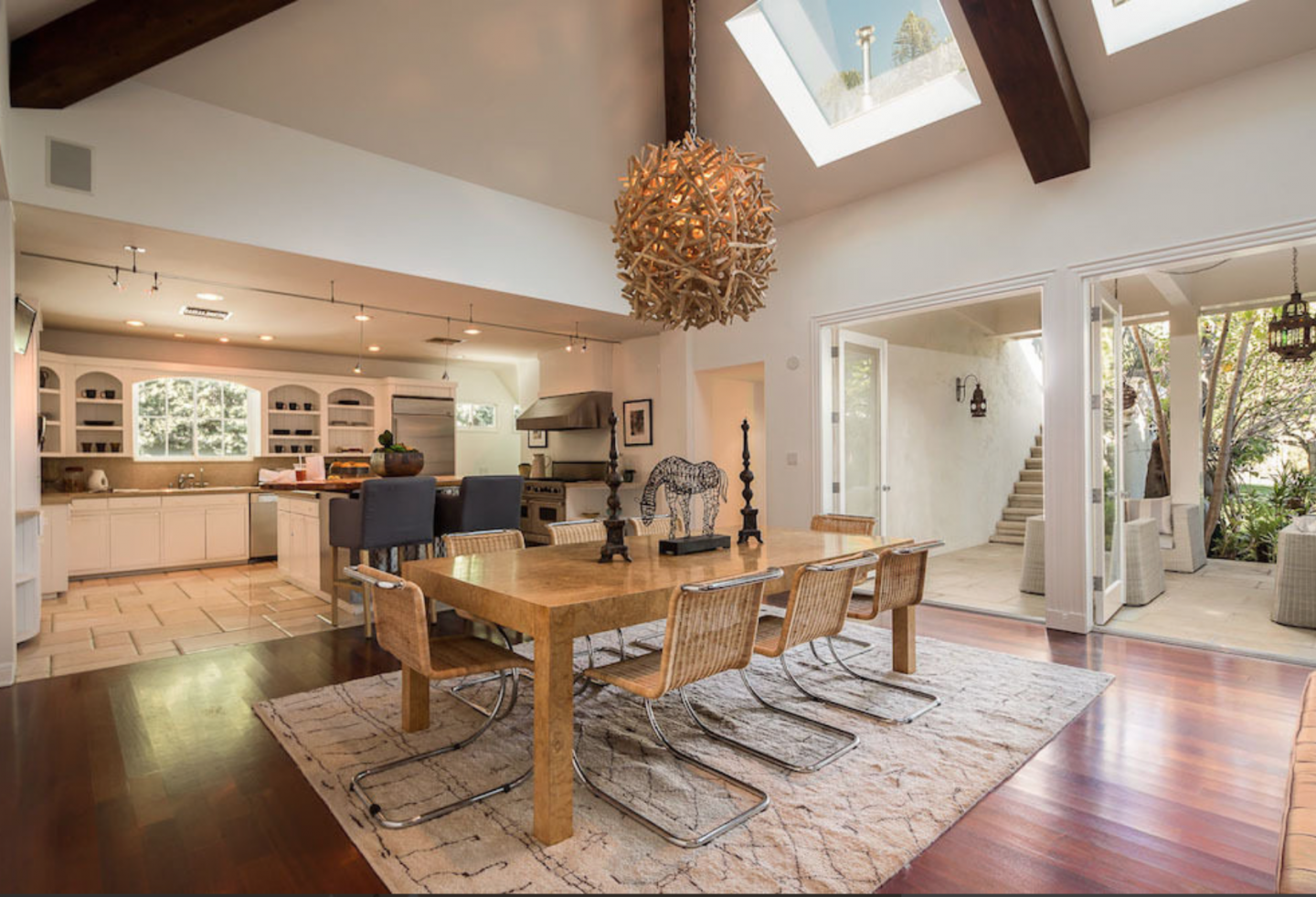 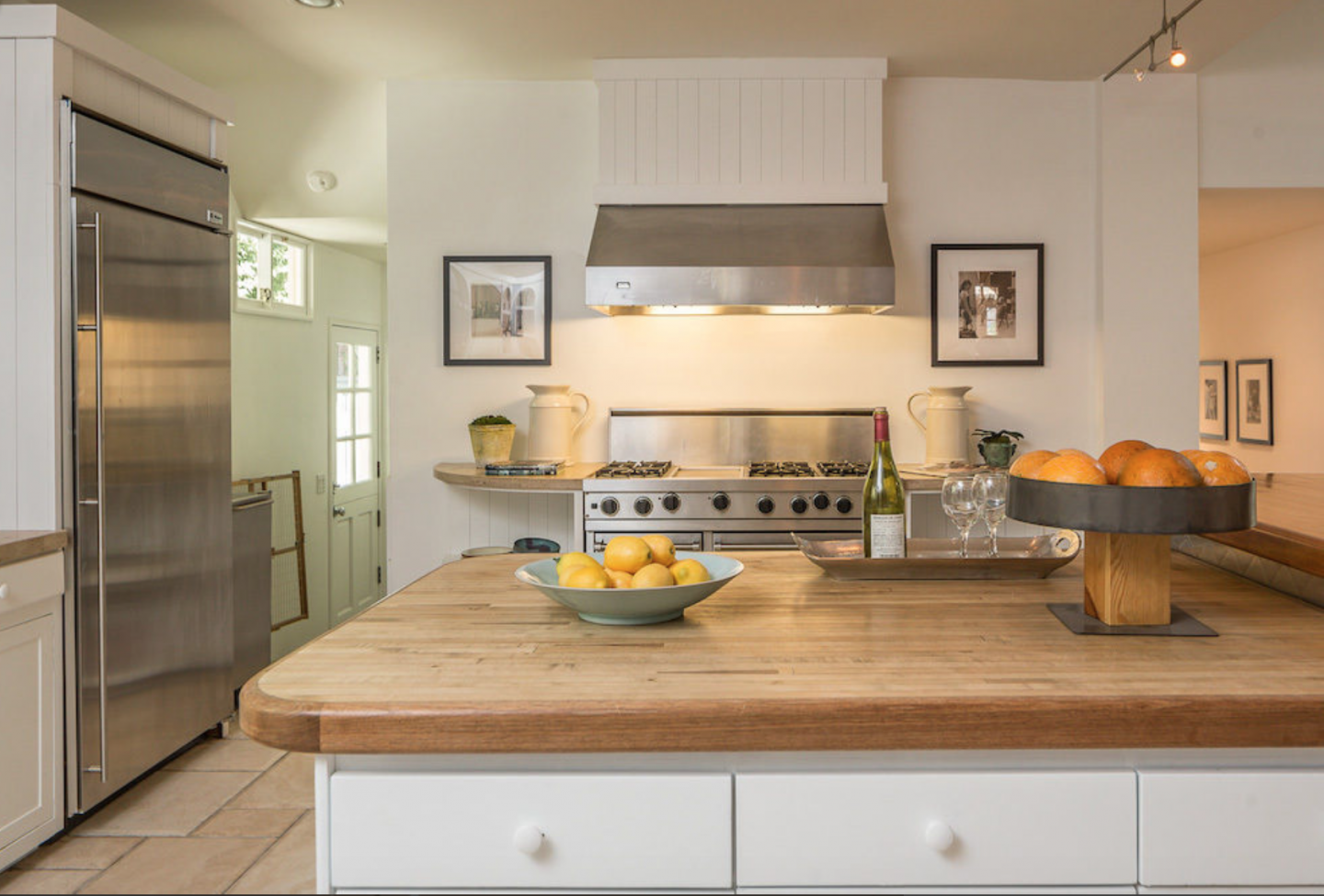 Located in Brentwood, Maguire’s property is a virtual celeb web which has snagged both talk show host Ricki Lake and Friends alum Courteney Cox, who previously called this gorgeous residence home. The 6,320-square-foot plantation-style estate on Carmelina Avenue features five-and-a-half bathrooms and six bedrooms—five bedrooms on the first floor, and a separate upstairs guest suite (where we’re guessing Maguire’s best bud Leonardo DiCaprio may have crashed at some point).

The residence was designed by renowned southern California architect John Byers, whose sprawling creation cuts across three-quarters of an acre. The private gated residence seamlessly connects indoors with outdoors via a suite terrace, a covered courtyard, oversized windows, skylights, and French doors… countless French doors begging to be opened! Natural light floods the home from every corner (presumably to turn off the dark). 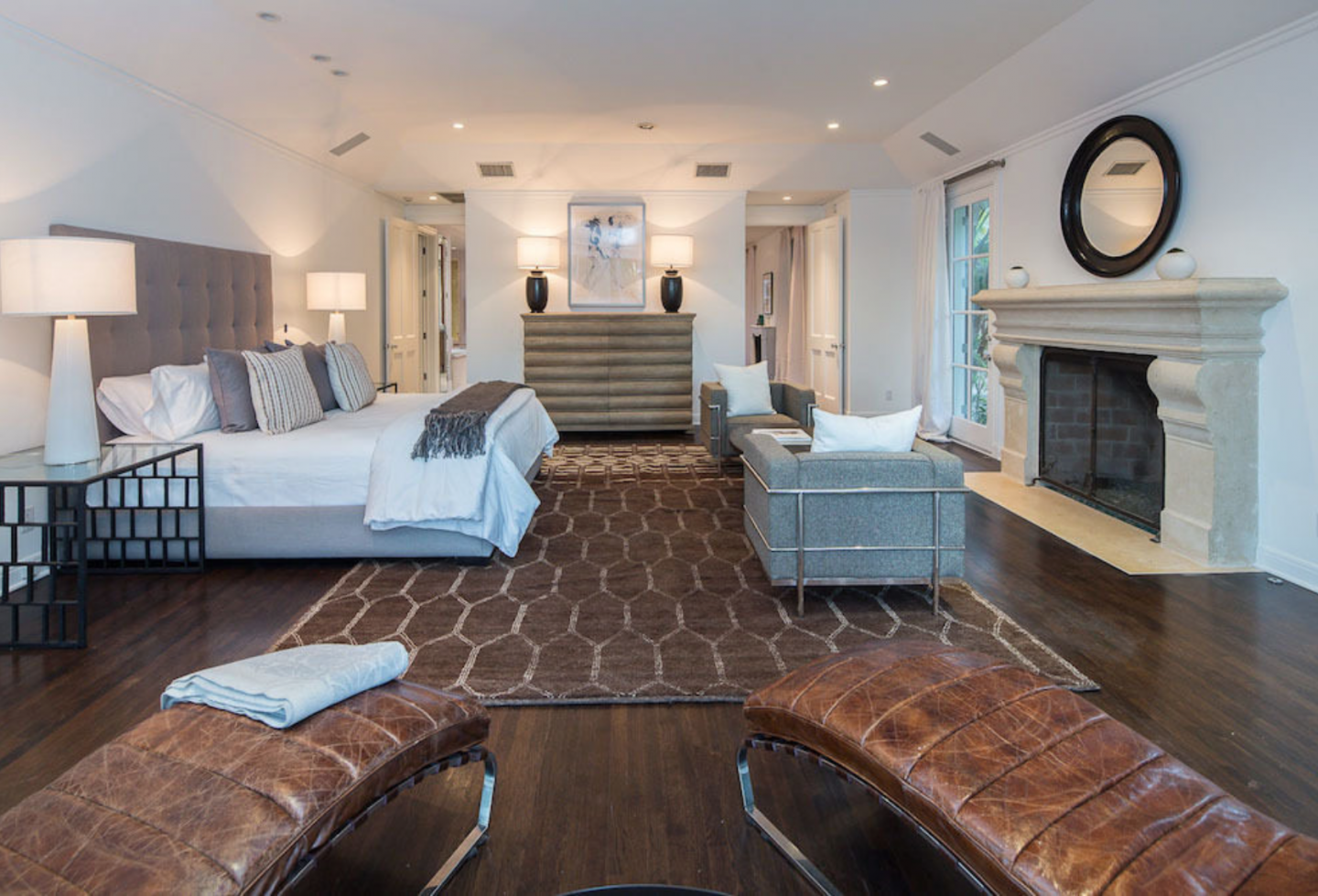 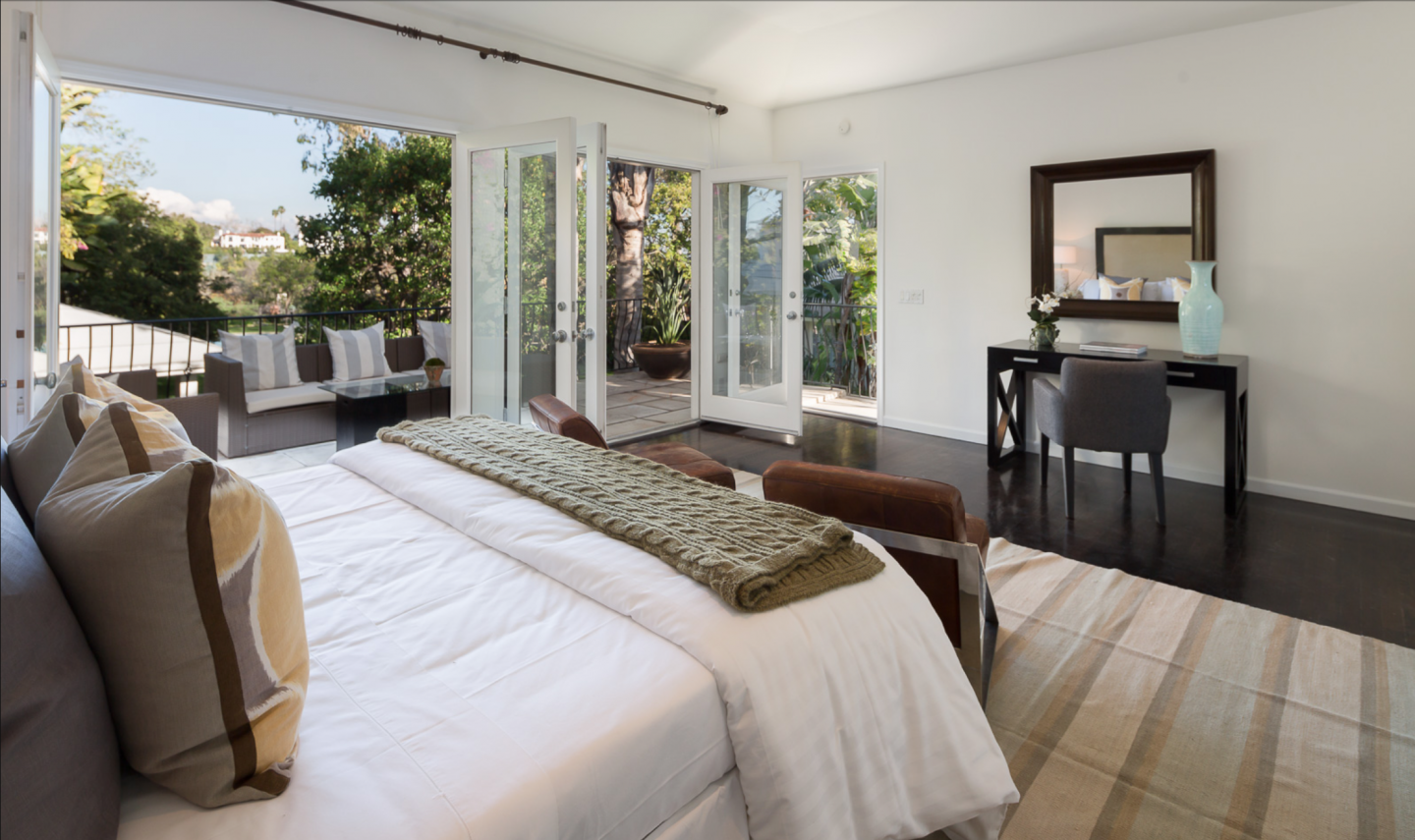 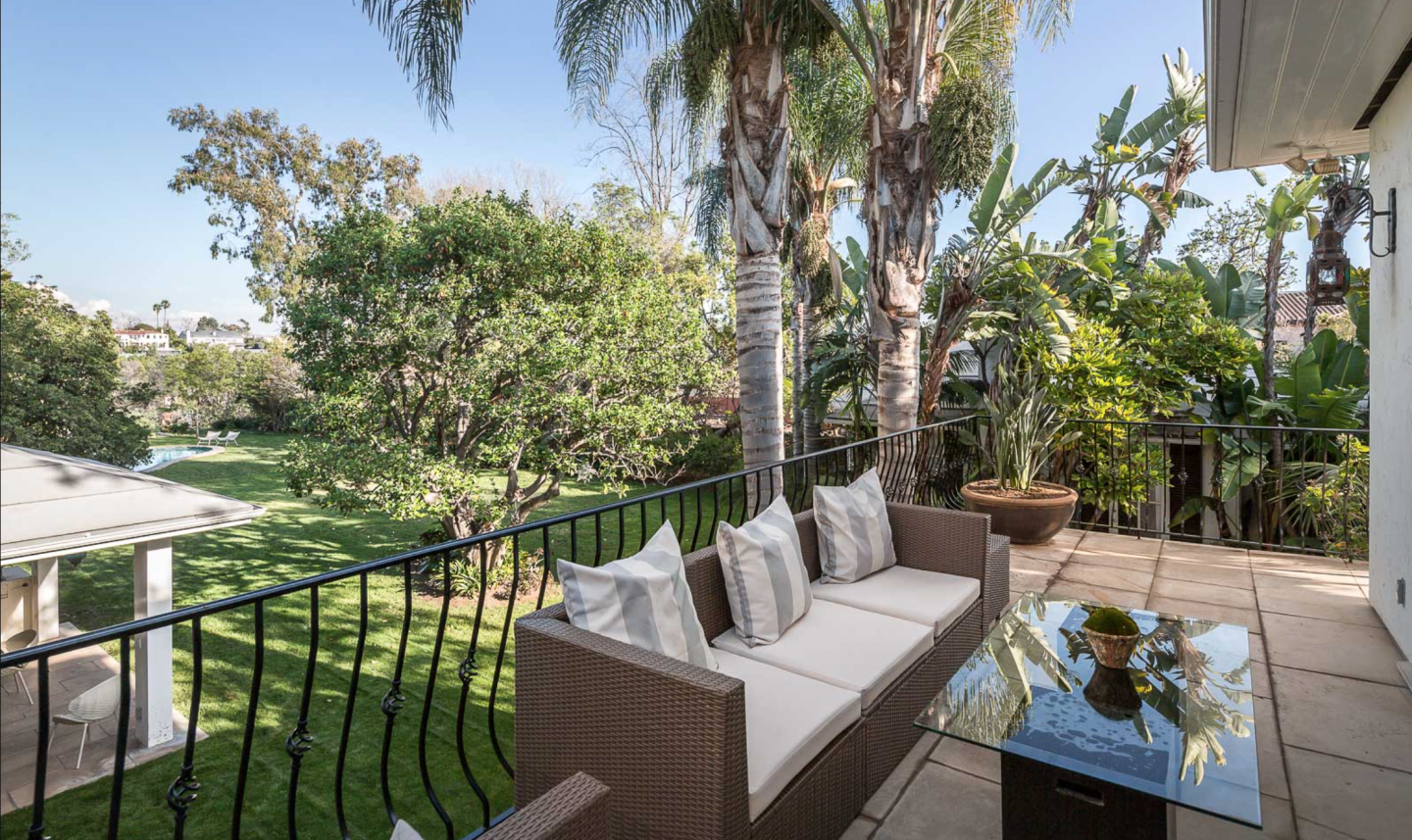 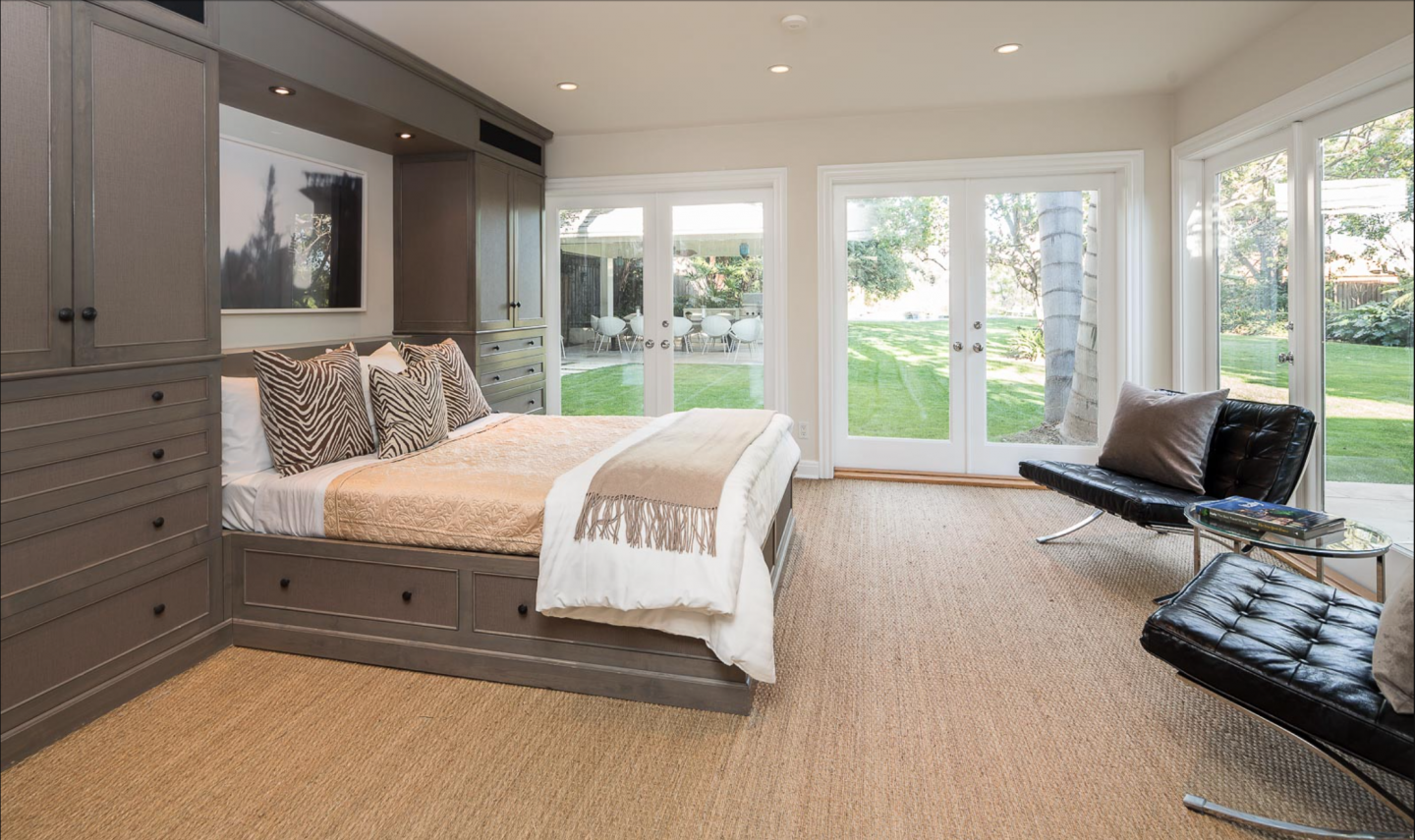 The plantation-style estate features six bedrooms, many with French doors that lead directly to the yard. 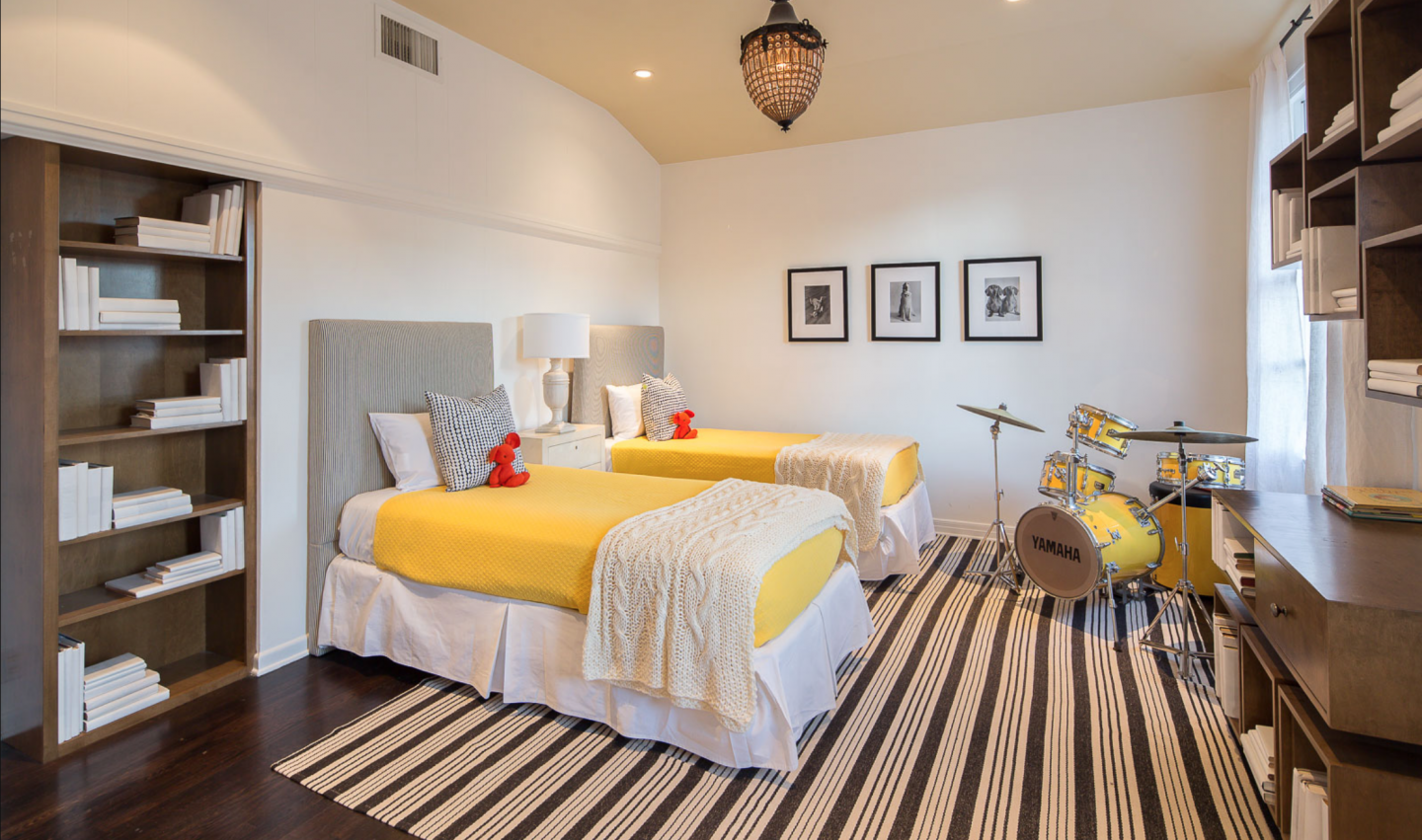 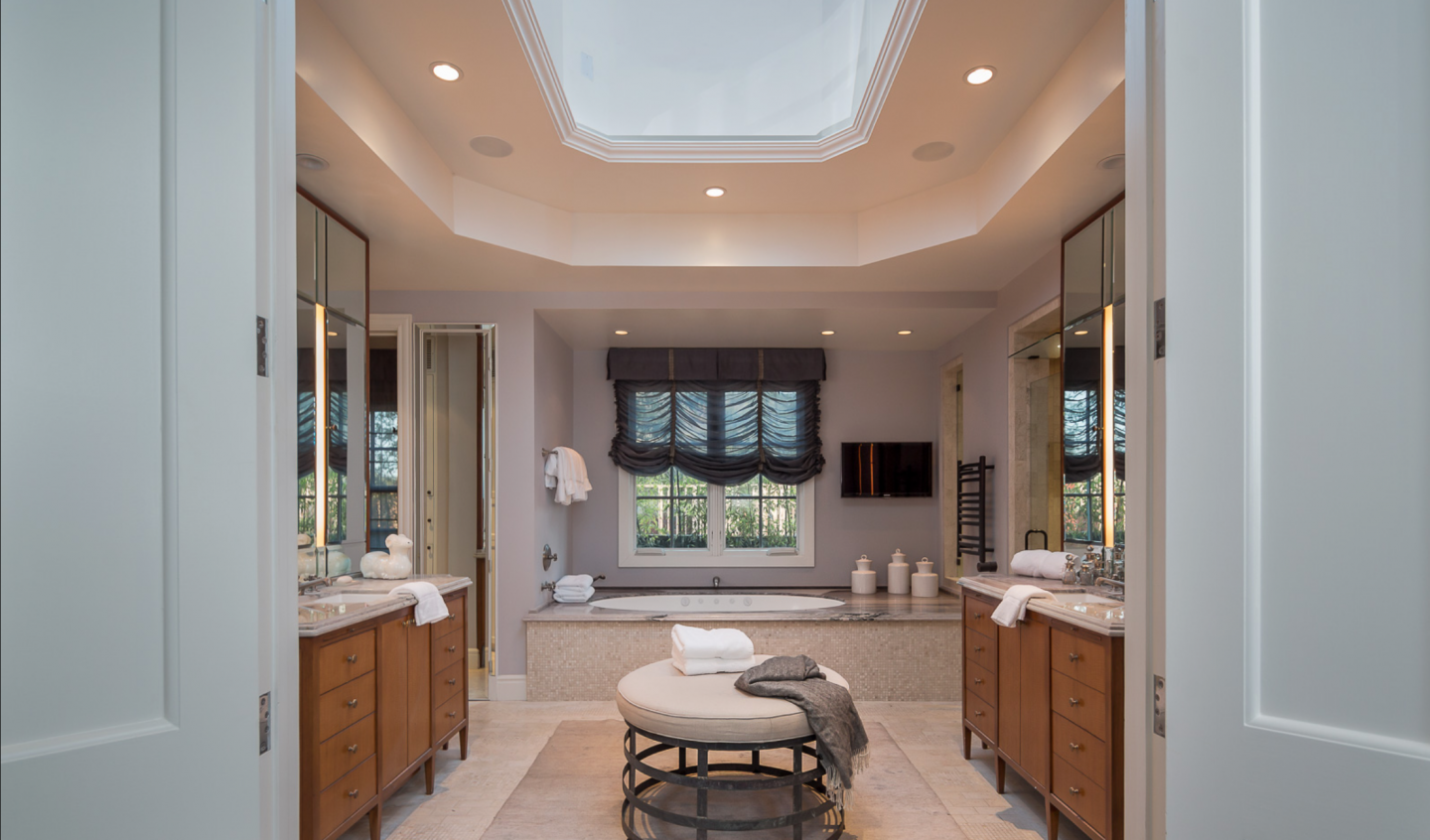 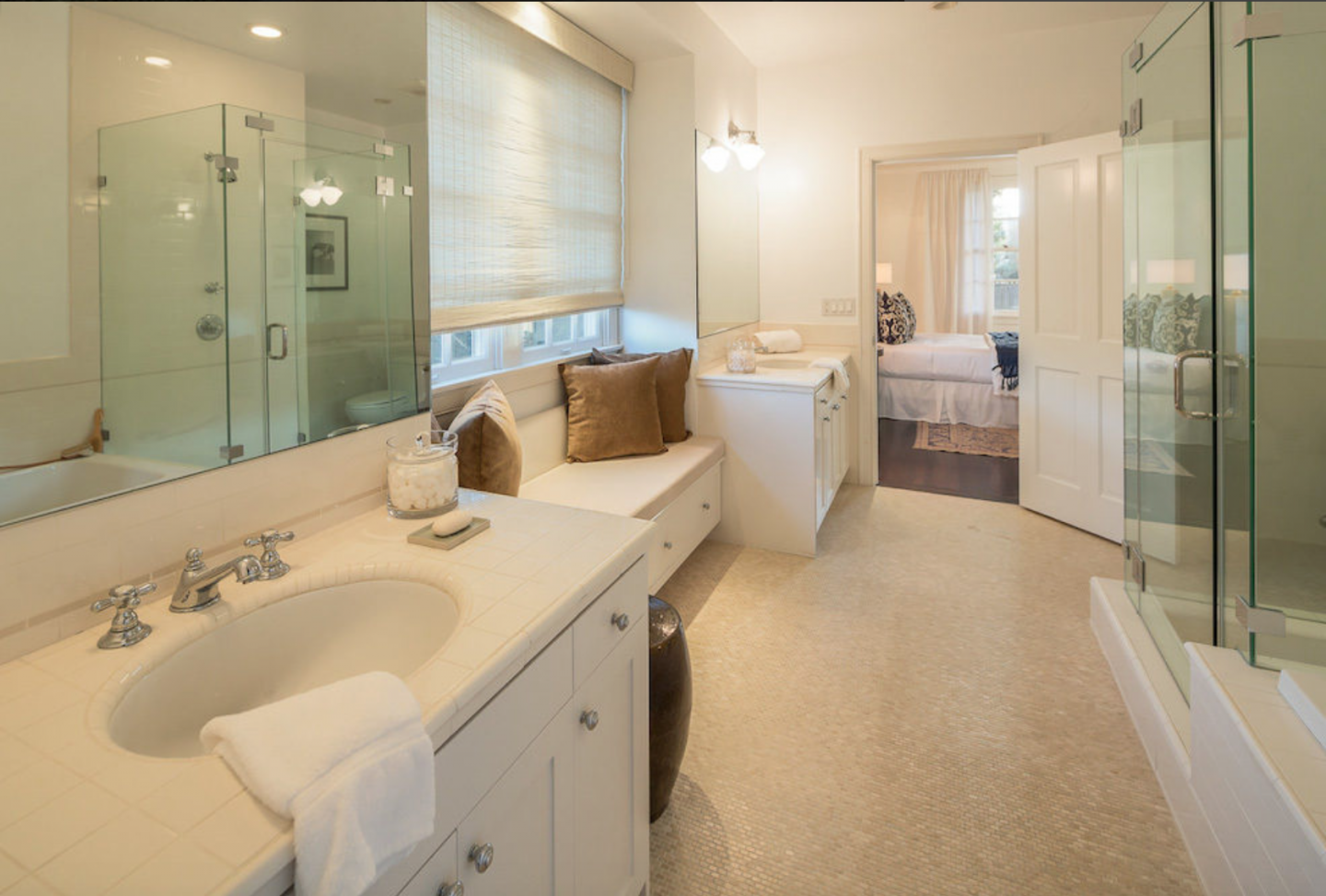 The residence has five-and-a-half bathrooms. 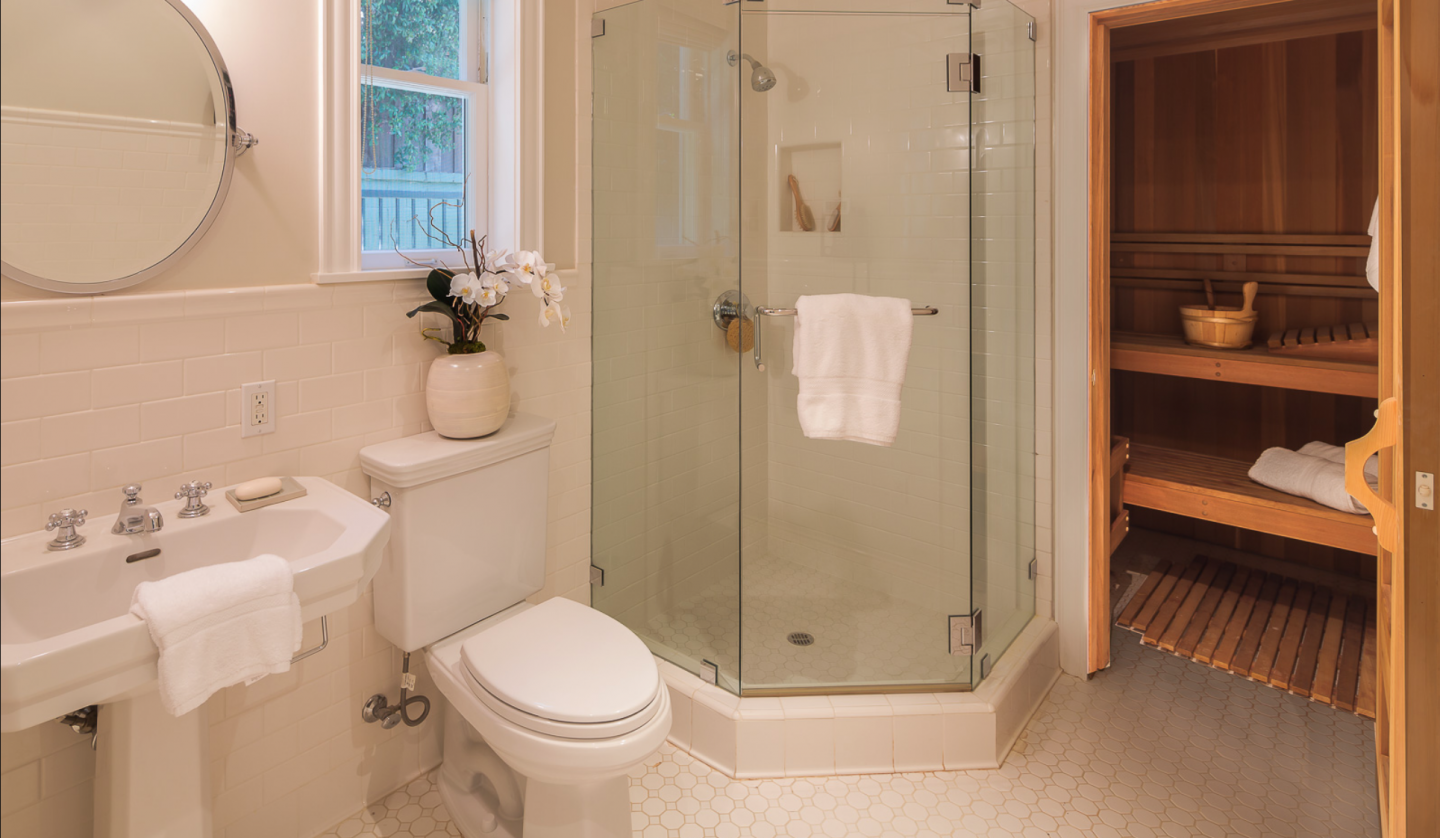 Half bathroom with mini sauna

Outdoors, the backyard showcases a covered exterior living room deck, a covered BBQ court, a small carriage house gym, a pool, Jacuzzi and lush landscaping—even a few trees and vines from which Spider-Man can swing. The private estate is a prime location with a 35,000-plus square flat lot overall. 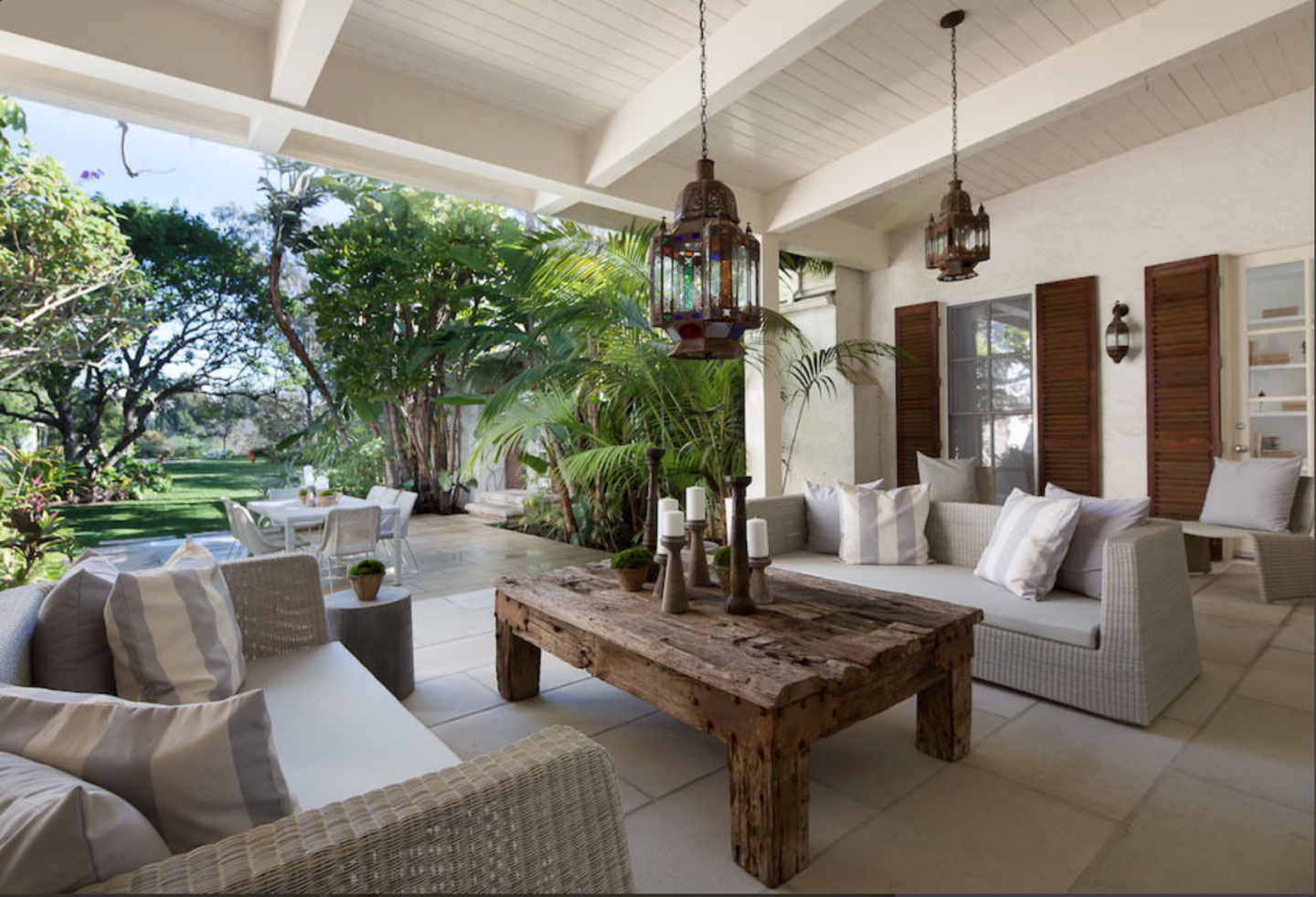 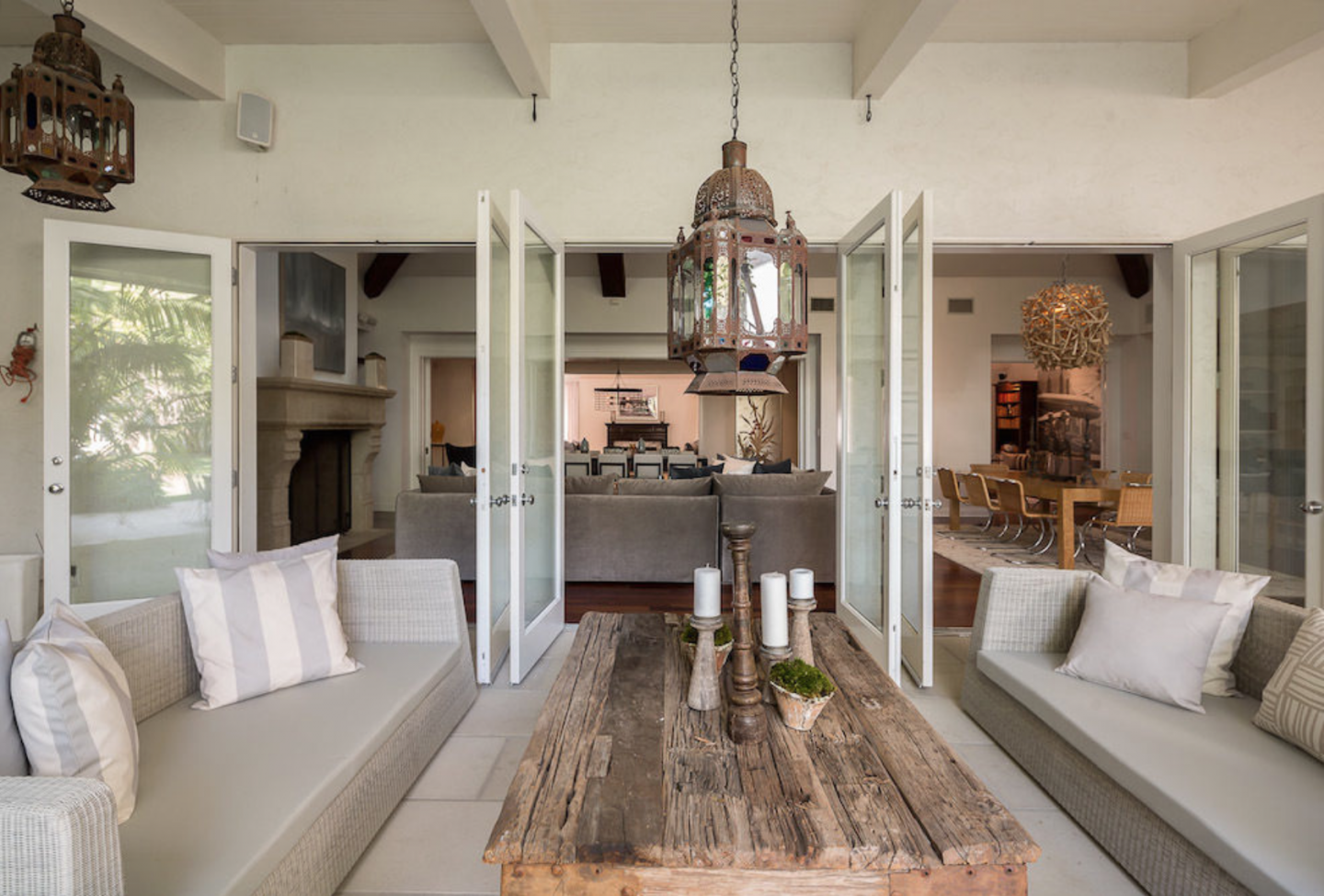 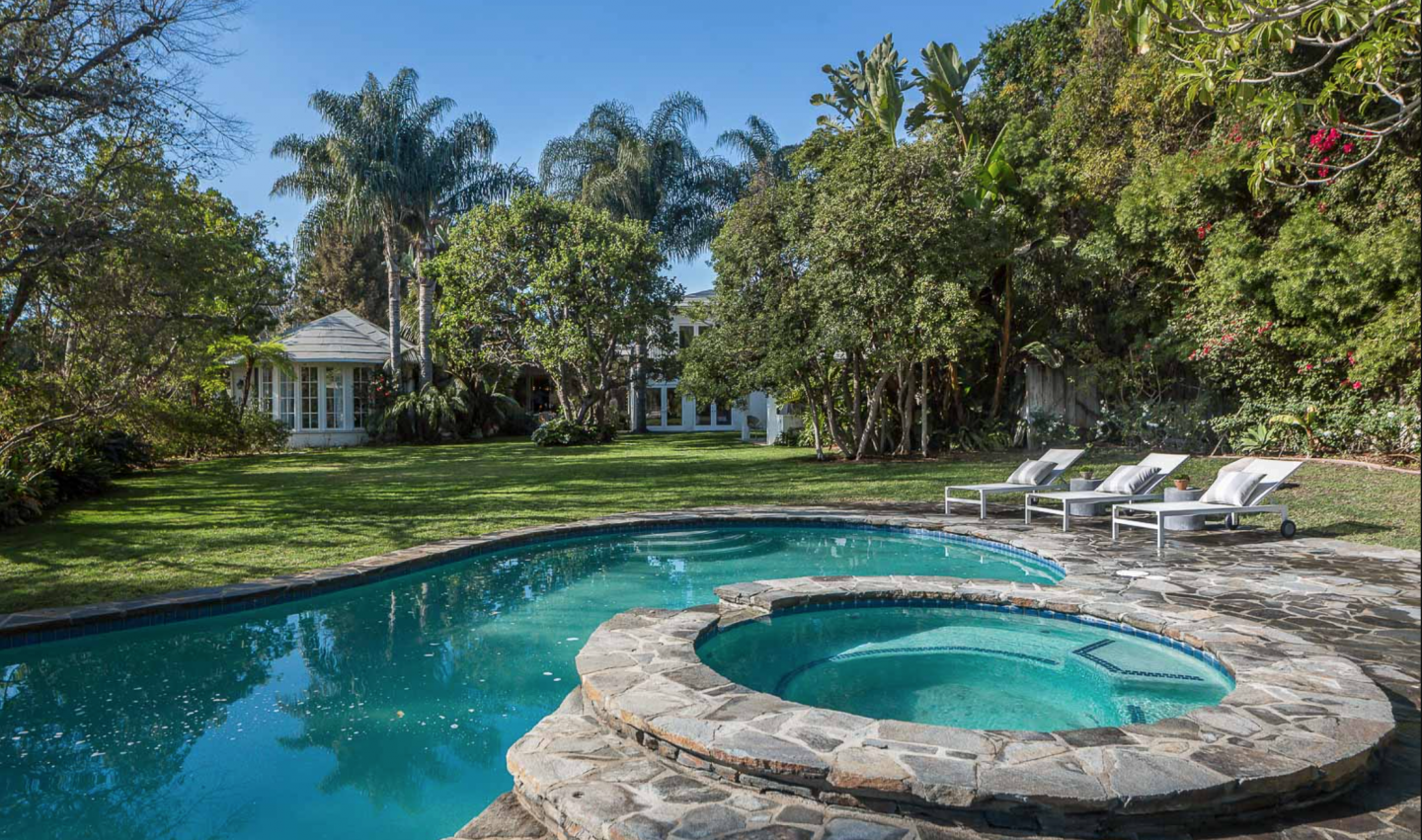 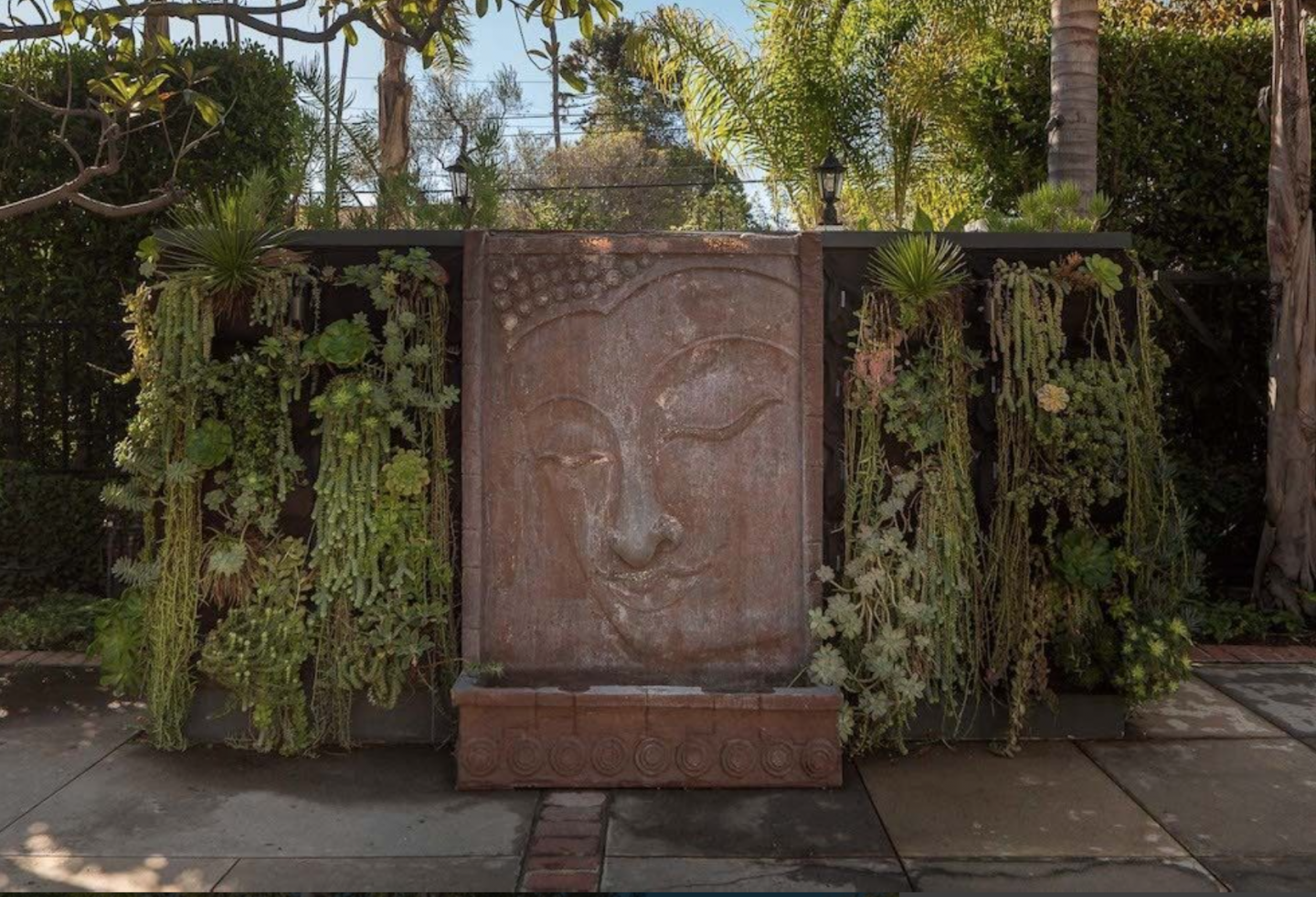 Golden Globe nominee Maguire acted in quirky films as a teen and lost many roles to his friend DiCaprio, but he registered as a certified A-lister after starring in the original Spider-Man trilogy (directed by Sam Raimi) from 2002 to 2007. After script and production complications for a planned fourth installment, he hung up his red-and-blue tights for good. Now, he's also hung a "for sale" sign on the house he shares with his wife, jewelry designer Jennifer Meyer—the house that was paid for by "Spider-Man." 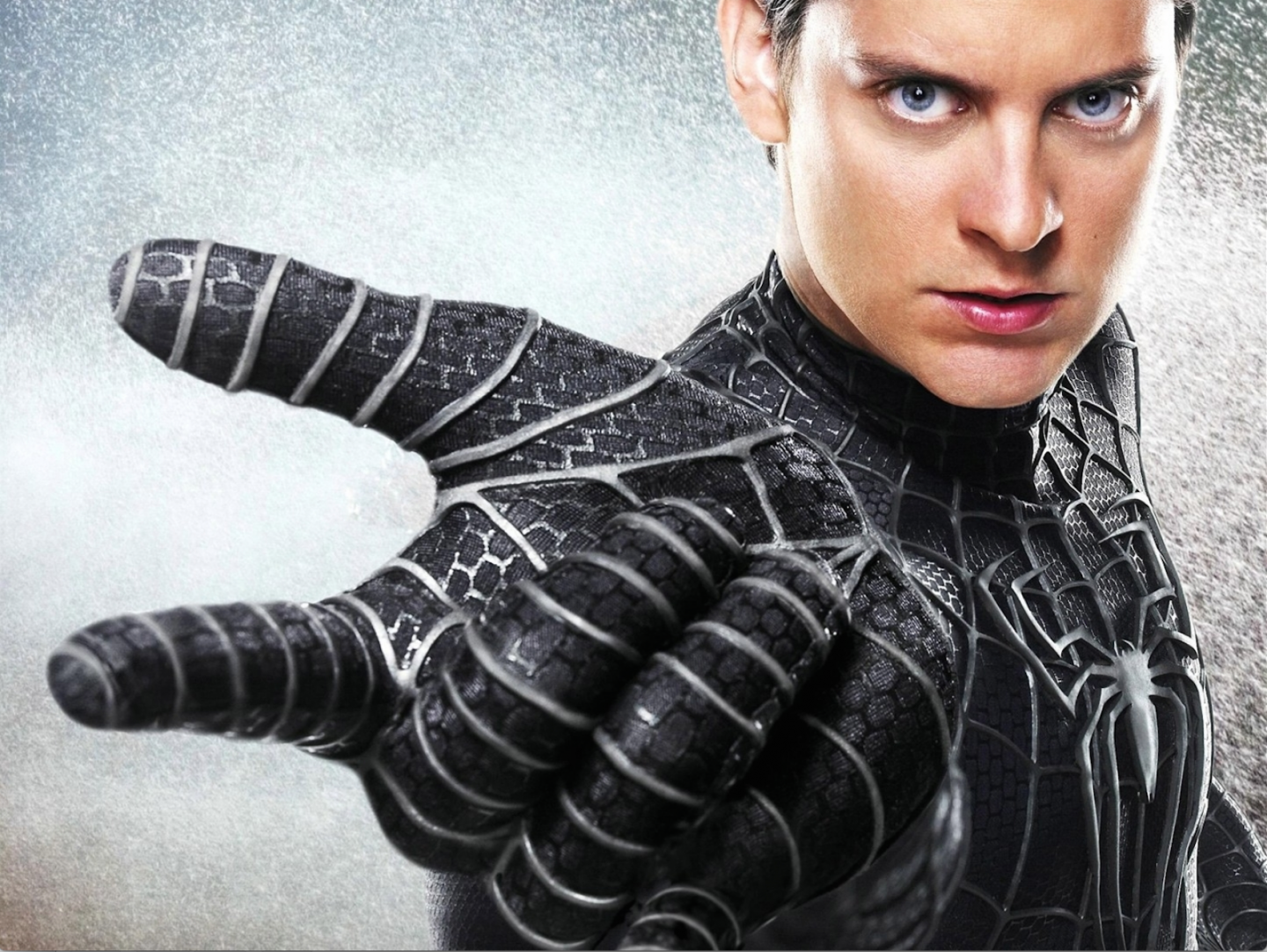