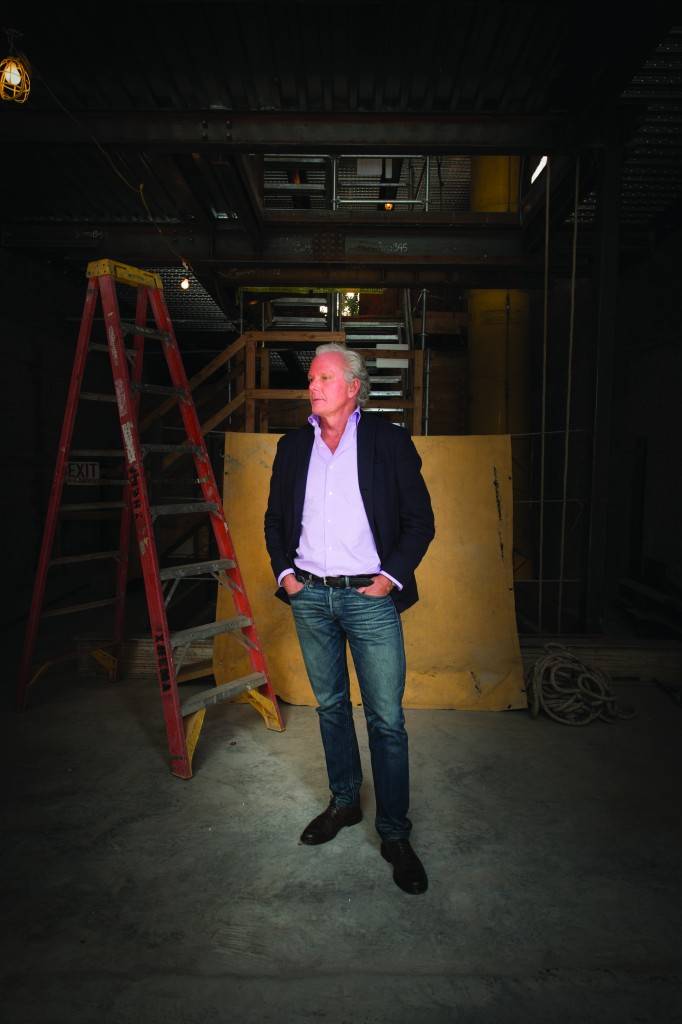 Any design project begins with a sketch. But before drawing lines, Roger Ferris always begins with a story―a personal narrative that he handwrites about the building he is designing, who will exist in it and how these two elements will intersect each other.He describes forms and shapes, rearranging words and phrases as he jots them down, in order to link the site and its inhabitants in a lyrical way.

“It’s all fiction initially, until I build it, and it becomes non-fiction,” Ferris says.

He’s known for designing modern, innovative luxury homes that share a simplistic design, but they are very complex and diverse. From a distance, the buildings he designs appear to be like a 3-D puzzle, arranged so that every room or section, though not necessarily uniform in scale or perfectly aligned, fit together, and that the function of each is obvious.

His designs are defined by an air of openness, but at the same time they maintain a sense of enclosure inside and outside of a home. One way he’s done this is by installing louvered screens, which act as blinds over lucid glass windows―the louvers stack up so you can’t see in, but the residents can see out. 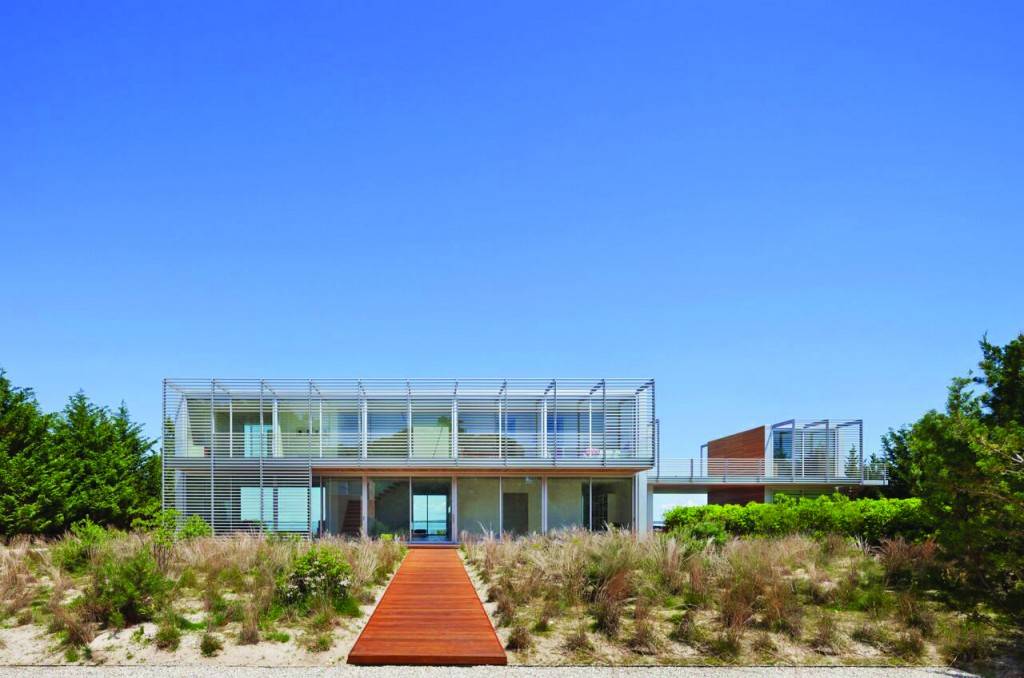 This concept was built into a New England-style waterfront home―known as “Bay House”―he designed in Rhode Island, with a louvered screen across the vast front window and an elevated deck offering sweeping views of the shoreline. The screens block out the sun, and when the shore rises, the raised deck shelters the home.

Ferris’ homes share similar features, but all of the designs are individually unique. Currently in progress, the “arc house” as it’s called, will have a sleek, half-moon shape with plates extending outward toward the water, creating a sense of openness. Next to it, a wraparound pool is seamlessly merged with the ground and the deck.

Another house undergoing construction in the Hamptons will be enclosed by a porch extending all the way around it. At first glance, the house pictured in the rendering almost looks like it’s moving horizontally. Looking closely, it’s apparent that none of the columns line up, forming that seemingly rotating visual.

Putting together the pieces of a puzzle is never simple. As with architecture, the end visual appears seamless. Ferris reminds us, what looks simple is really complicated―a principle apparent in both his residential and commercial work. 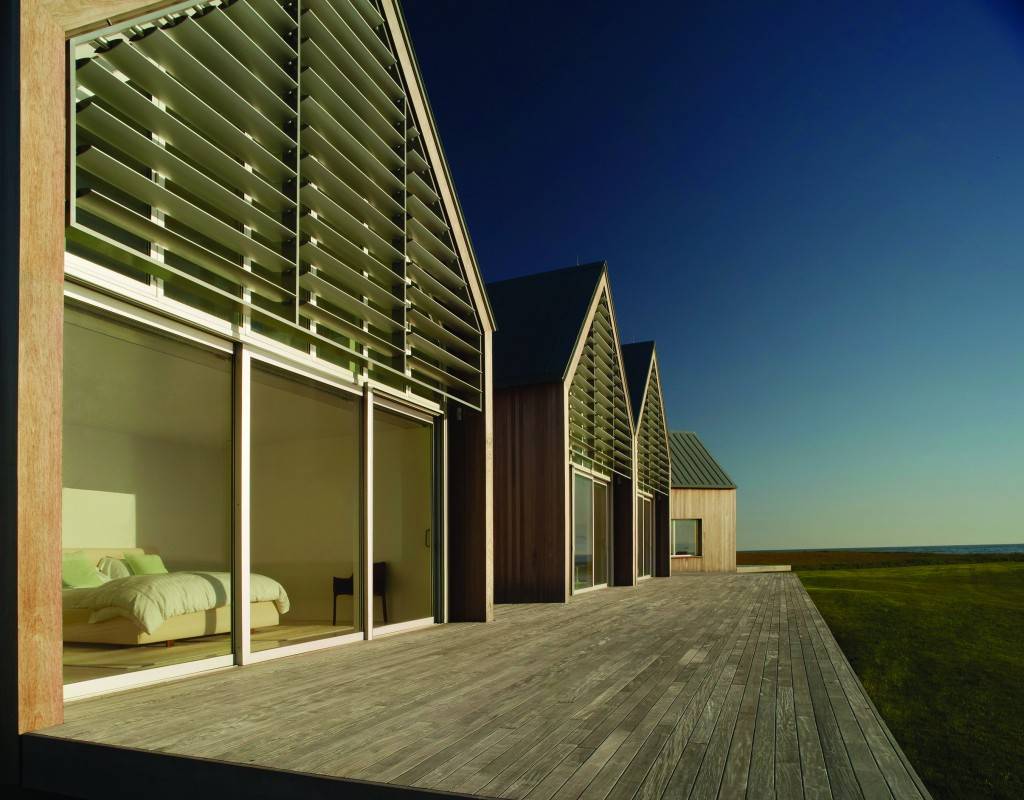 He explains that the two types of architecture are distinguished by three components: intimacy, scale, and craft. Designing homes tends to be much more intimate.

Ferris is able to meet and get to know the clients who will be living there to create an original residence unique to their personalities and lifestyles. Yet, he doesn’t always know the users of a commercial building.

There’s an evident scale difference in residential versus commercial architecture, as well. Walking through the doorway of a home is much more personal than entering a commercial building with massive doors, tall ceilings, and wide halls. Even more, a human touch, the craft that goes into a design, is what gives a house a homely feel. “You’re looking for a suggestion that it was created by a human hand somehow,” Ferris says.

Though residential architecture is not built exactly like commercial, he explains that it relies on many of the technologies and methods that couldn’t be learned without experience in commercial architecture.

"Being an architect is like being a movie director,” Ferris says. “You kind of know where you want to go, and you may have written a screenplay [or, in his case, sketched out a construction plan], and you have a really good idea, but you can’t get anywhere without all those people in the credits.” 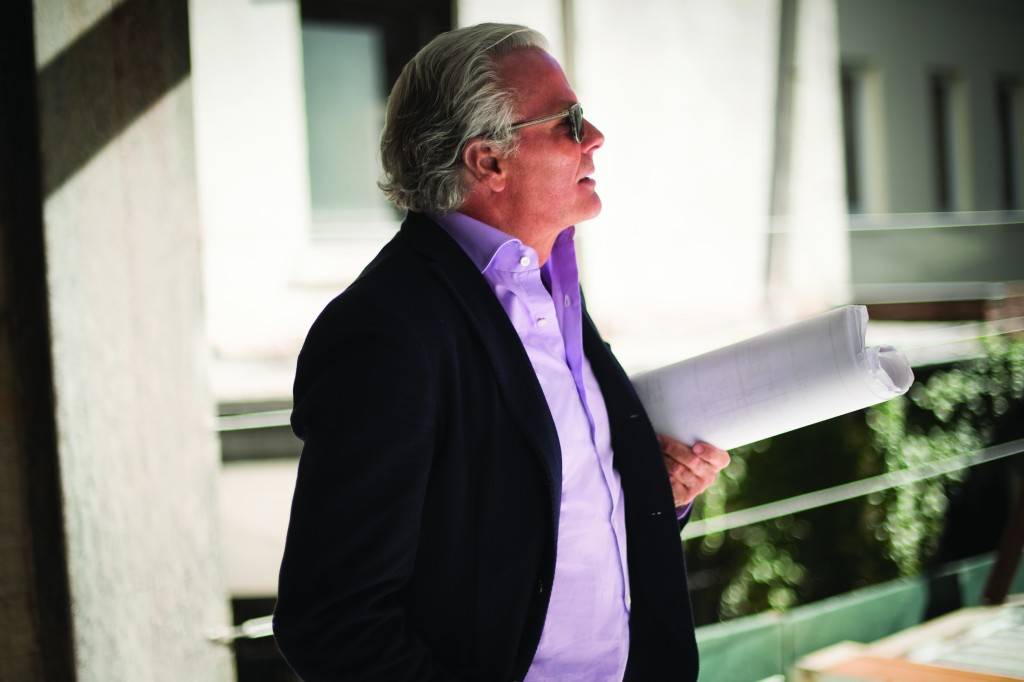 “Being an architect is like being a movie director. You kind of know where you want to go, and you may have written a screenplay [or, in his case, sketched out a construction plan], and you have a really good idea, but you can’t get anywhere without all those people in the credits.”

Glancing at the blueprints in his hands, Ferris studies them as if reading a movie script. “I think architects draw too quickly,” Ferris says, explaining that sketches can often be premature, and as with writing, it’s easy to go off in a tangent. Writing keeps him from drawing too soon.

He’s envisioning how the scene will be set, or as he calls it, “turning every corner,” imagining how every section of the building will ultimately come together. A tall stepladder standing idly in the background is like a director’s chair, waiting for the next cue.