Perry bought the 17,475-square-foot residence in the private Mulholland Estates in Beverly Hills for $14.5 million in August of 2016, and, months later, put it back on the market for $17 million, purportedly without having spent single night in the home. 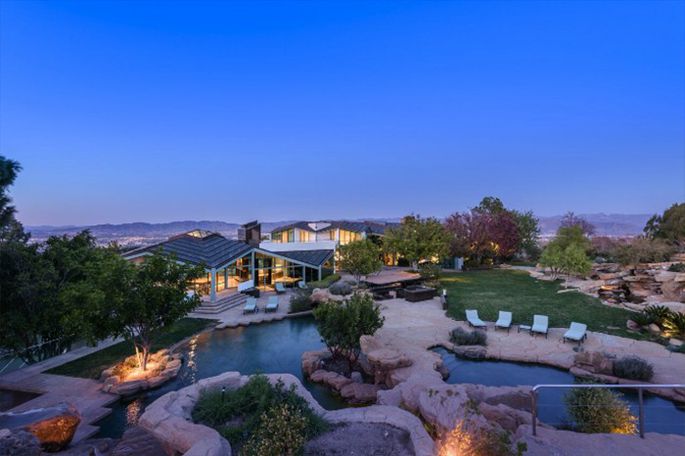 Evoking a modern public building, the estate was built in 1992 for philanthropist Alfred Mann, who lived in it until his passing in 2016. Following Mann’s death, the 10-bedroom, 11-bathroom abode was listed for $30 million, before undergoing a streak of price reductions.

Resting on nearly 5 acres, the mansion provides the perfect setting for Hollywood-style entertainment with its two stone-lined pools, an outdoor dining terrace, a tennis court and a 30-vehicle motor court.

Williams, who is a 11-time Grammy winner, also owns the spectacular Skyline Residence in Laurel Canyon and a waterfront house in Virginia. Perry, in the meantime, is known for his house-flipping deals, which made headlines in 2016 for the record sale of his Atlanta mansion.