Rap mogul Sean “Diddy” Combs has just put his Alpine, NJ mansion on the market for $13.5 million. In 2009, the small community of Alpine in Bergen County, NJ ranked number one on Forbes list of the nation’s most expensive zip codes. The town has been home to some of the biggest names in music and Hollywood such as Lil Kim, Stevie Wonder, Damon Dash and Chris Rock. 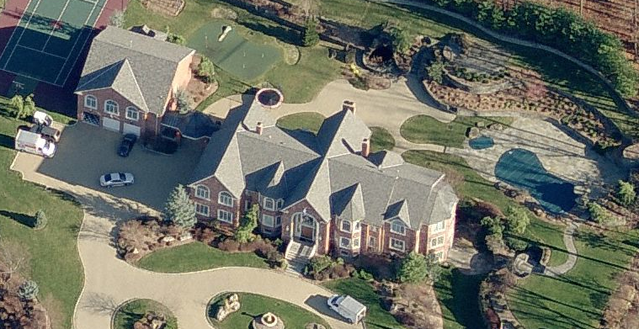 Diddy purchased the home in July of 2004 for more than $10 million from entrepreneur Mark Arzoomanian, who bought the home in 1999 for $4 million. The 3-plus acre property boasts a swimming pool with spa, a putting green and a tennis court, and the 17,000 square foot, 26-room estate contains 7 bedrooms which include 3 master suite, 9.5 baths, a home theater, a gym, and even an indoor squash court.