The Twin Flowers: Sydney’s One Central Park is an Urban Garden of Eden

Call it what you wish—an erector set, a space station, or an architectural reinterpretation of “Jack and the Beanstalk”; the fact is, One Central Park in Sydney, Australia is either a sight for sore eyes or a site for green thumbs, depending on your preference. 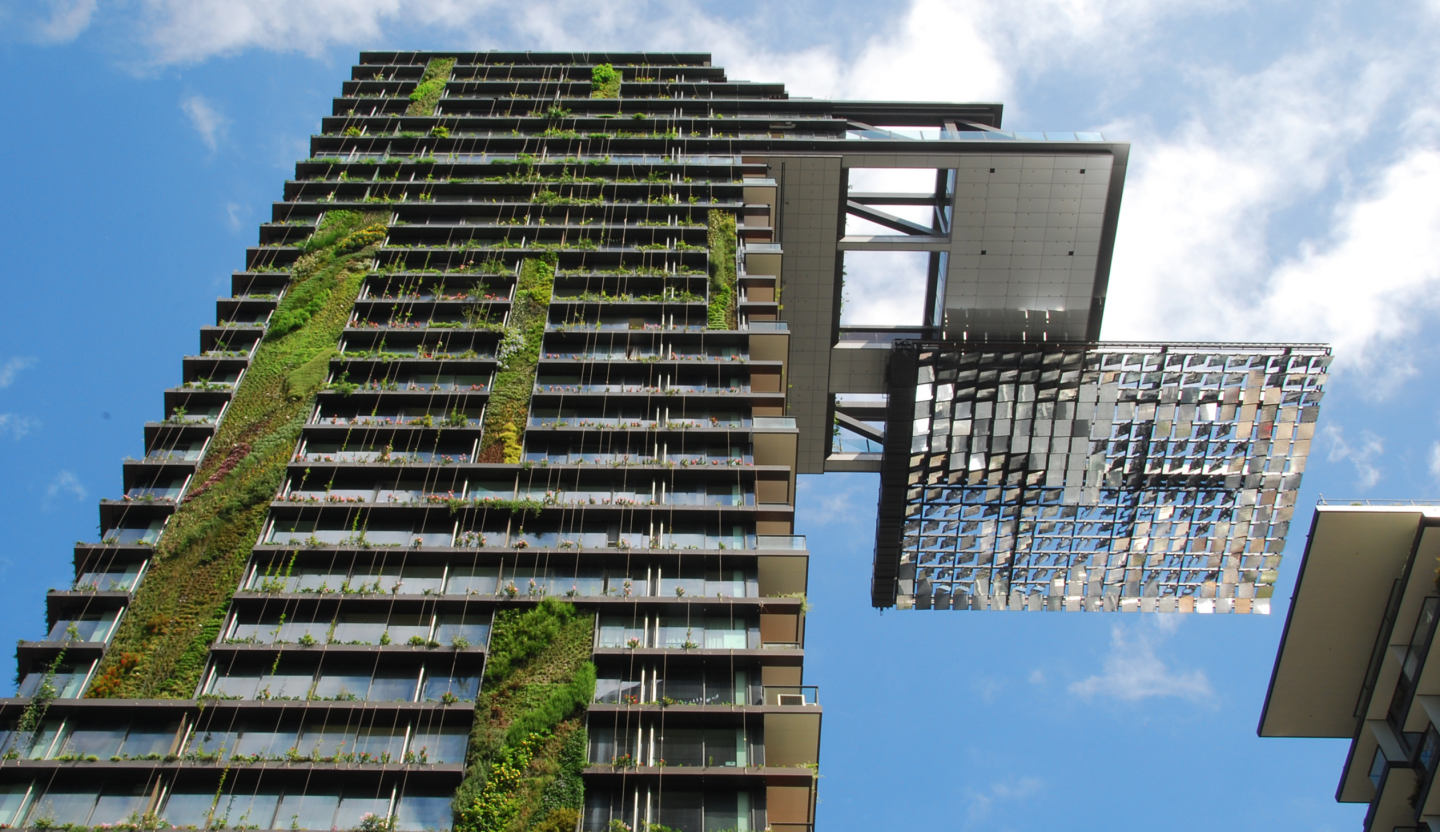 One Central Park may be Sydney’s most ambitious urban village design since the city’s iconic Opera House.

Touted as Australia’s greenest urban village, the eco-friendly, foliage-covered residential complex certainly plays the part well; it houses its own tri-generation plant which supplies electricity, heating, and cooling using “ingenious green transformers” powered by natural gas. But the most obvious features of this skyline curiosity are vertical gardens growing up the skyscraper façades and massive cantilevered mirror panels that reflect light into the building’s lower levels. 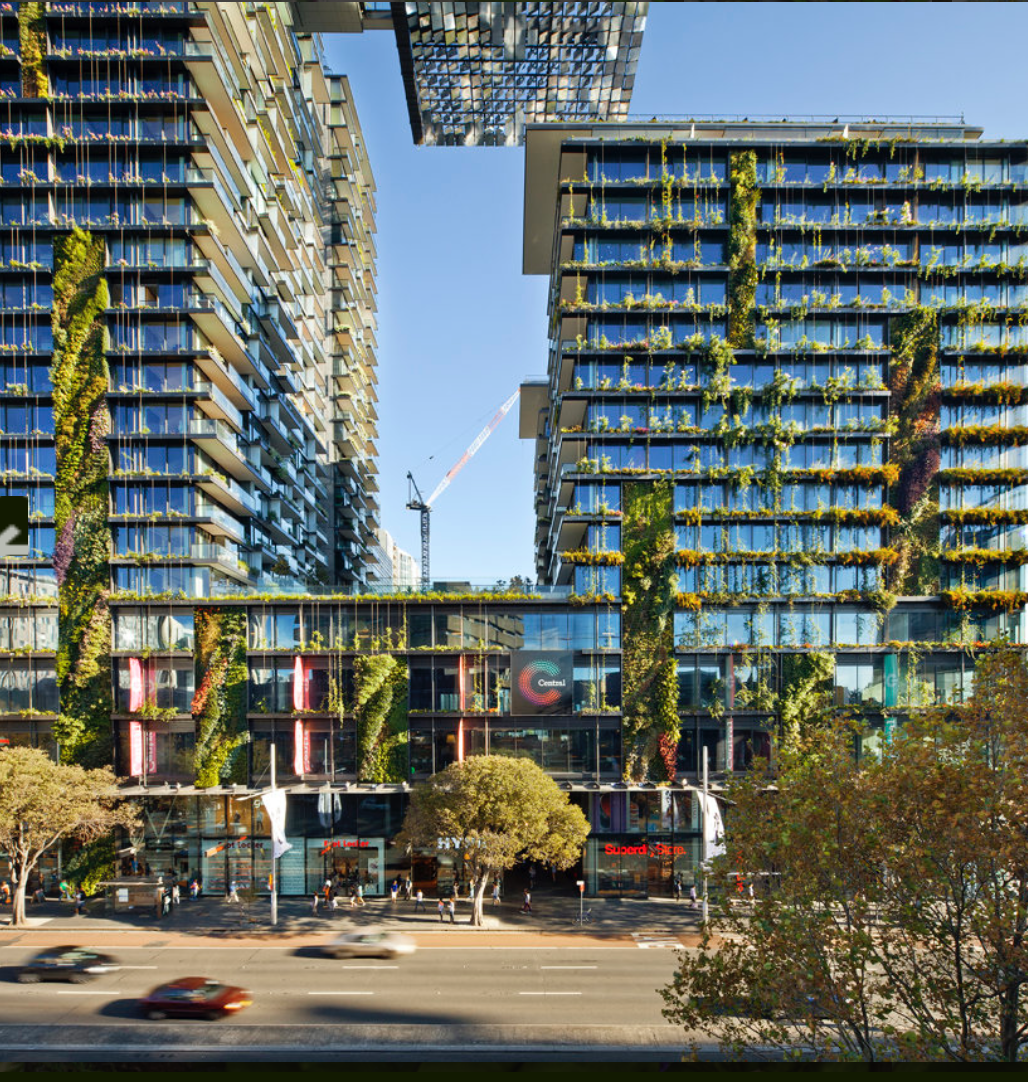 The towers at One Central Park stand above five floors of retail shopping.

One Central Park is the key part of a 5.8 hectare site in Sydney that boasts 30,000-square meters of open parks, courtyards and terraces, a five-story retail shopping mall, cafes, bars, galleries, entertainment venues, offices, and these two main residential towers which solve the constraints of urban space and harness the natural power of the environment.

One would expect overgrown plant foliage to infest abandoned buildings, not new structures like One Central Park. Blanc (the founding pioneer of vertical gardens) designed one of the tallest green walls in the world over the building’s north and east façades, utilizing 35 plant species on 21 large panels that span 10,764-square feet. With this unique feature, Nouvel and Blanc built the green-theme into the design literally and figuratively.

“Landscape is architecture,” says Nouvel, principal at Ateliers Jean Nouvel Studio. “So at One Central Park, we have created a kind of continuity between the park and the buildings, so the façades literally extend the park into the sky. By miming what can exist in Australian nature, we are proposing a new form of high-rise living in direct contact with nature.”

A green building usually requires an original, un-recycled imagination, and One Central Park is no different. Nouvel built hydroponic and heliostats control technology into the structure so “vegetation and daylight can become more manageable and can be extended to previously inaccessible places of the building.” 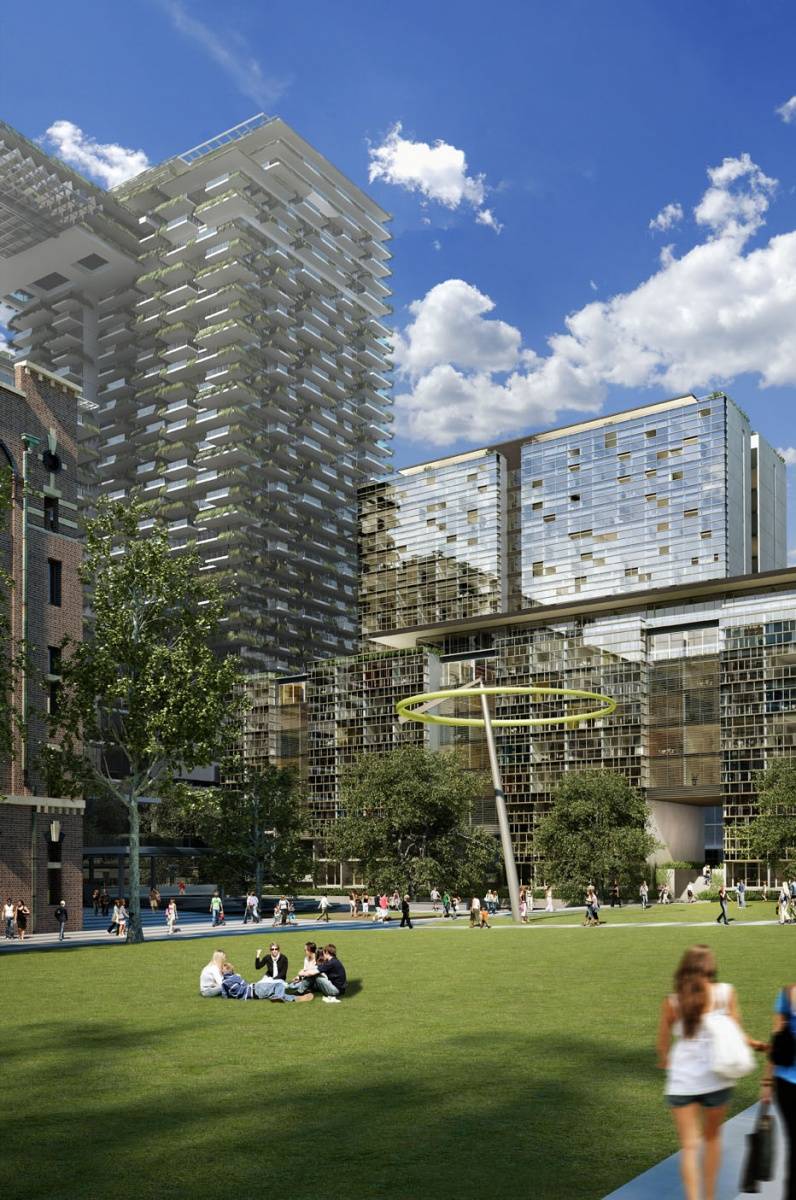 One Central Park is the key part of Sydney’s reported $2 billion revitalization project. The complex, which replaced an abandoned brewery, resides on a 5.8 hectare site boasts 30,000-square meters of open parks, courtyards and terraces

According to Nouvel, hydroponic irrigation systems allow soilless vertical veils of vegetation to grow in planters and on walls all the way up to the tower tops, resulting in green facades that trap carbon dioxide, emit oxygen, and provide energy-saving shade. Nouvel’s studio collaborated with lighting specialist Yann Kersale to create the massive suspended heliostat system of 320 reflectors (extending 42 meters off the east tower), which redirect natural sunlight and inject energy down into lower levels of the building. At night, LEDs transform the tower into a grand lighting installation landmark. 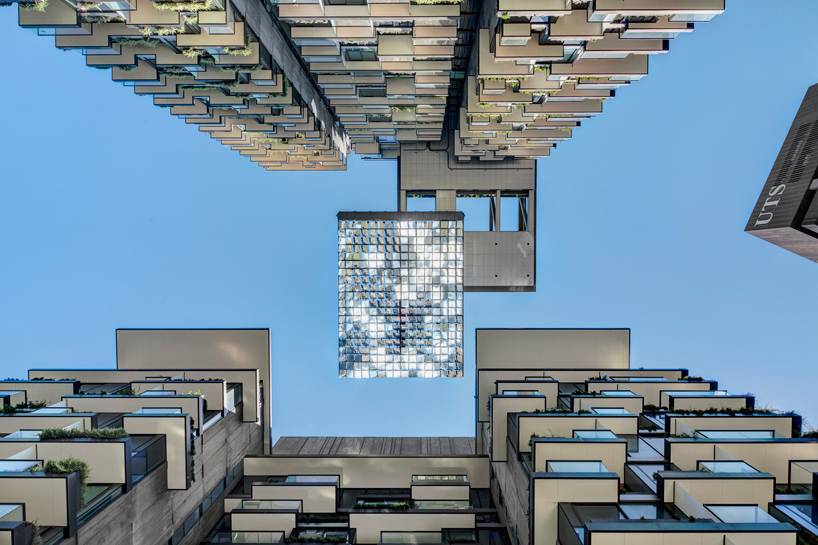 A cantilevered heliostat system of 320 mirrors reflect natural sunlight and generate energy into the building. By night, they rely on colorful LEDs.

One Central Park’s 276-foot western tower accommodates 240 residences, while the 384-foot western tower boasts 383 apartments, including 38 penthouses (marketed as Sky at One Central Park), with private entrances exclusive access to an elevated 328-foot sky garden. The garden, which sits on level 29, features an outdoor kitchen, sculpted timber seating and a plunge pool. 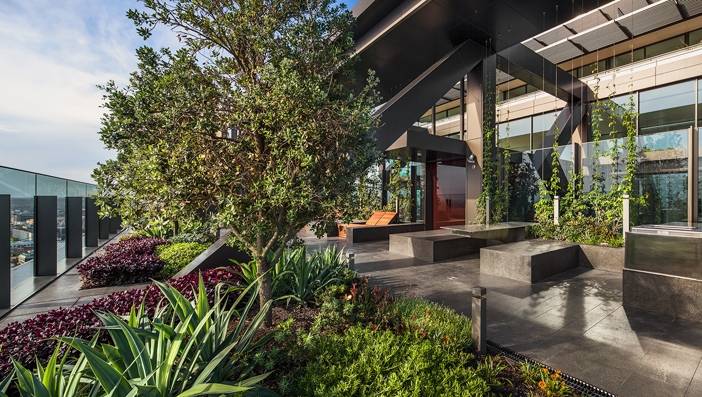 Architects and designers from Sydney, London, Paris, and Copenhagen united to create this unique One Central Park complex. Nouvel teamed with local firm PW Architects to design the unique structures. According to reports, One Central Park is the centerpiece of a $2 billion masterplan in downtown Sydney by developers Frasers Property Australia and Sekisui House Australia. Its interiors were designed by Sydney architect Koichi Takada (east tower) and Smart Design Studio (west tower). The development is adjacent to Broadway on the north end of the Central Park precinct, an area designed by Sir Norman Foster of London-based Foster & Partners.

“At Central Park, we want to give something to the future inhabitants of Sydney by creating a new version of the urban park,” says Nouvel. “Just because you are living in the city, you do not have to lose the advantages of living in the country. For me, vegetation is part of the vocabulary of architecture.” 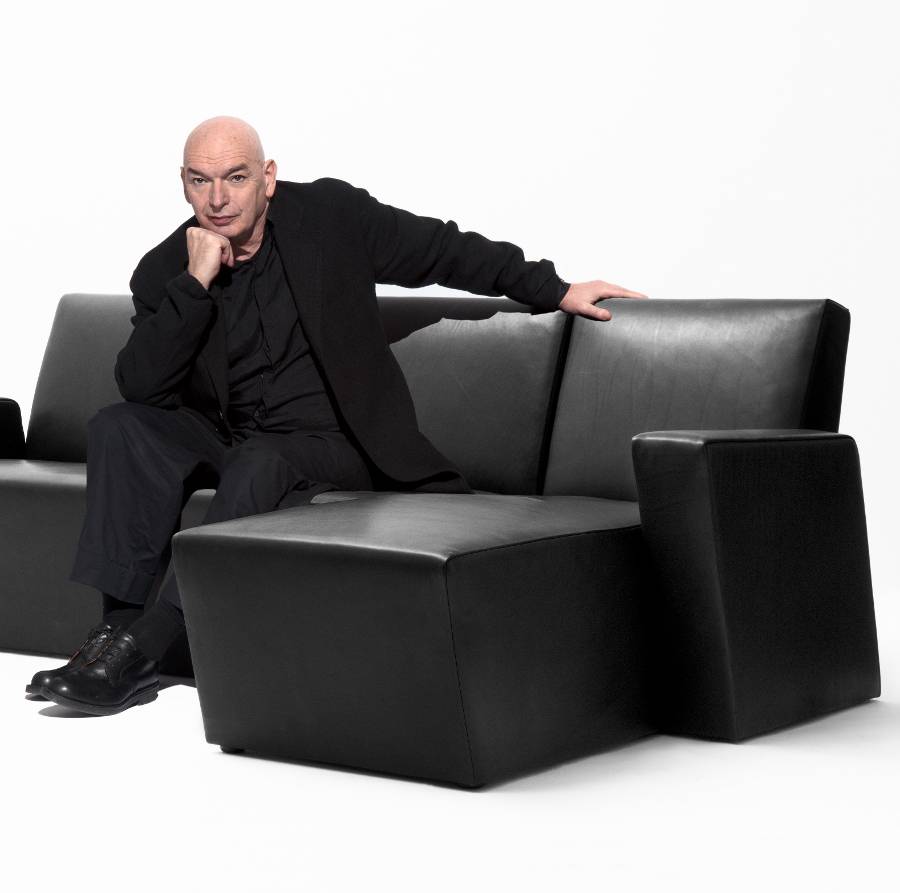 There’s no word on which daredevil is in charge of landscaping at the complex. Perhaps trimming the vertical shrubs isn’t necessary. After all, the unique towers are self-sufficient, beanstalks or not. Now that we think of it, One Central Park’s towers have floral elements… so why not give it the nickname “The Twin Flowers?”

Photos and details courtesy of Dezeen