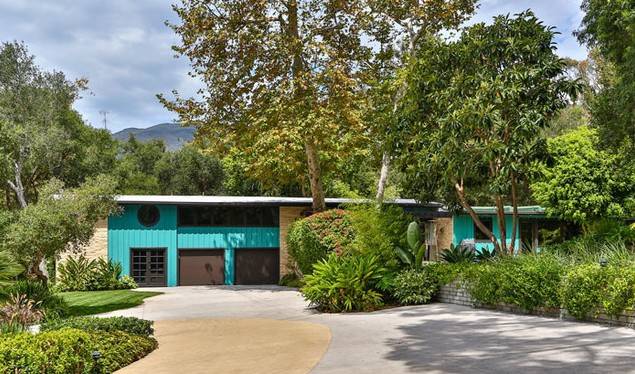 Over the course of her career, Miley Cyrus has become known for a few things, including her Disney days, her music, and her wild and crazy on-stage antics. Now her eye for real estate can be added to the list.

Already having owned multiple properties in California––including a $4 million Hidden Hills horse ranch, the Studio City home she spent $3.9 million on, and a pad in Toluca Lake––which cost her $5.83 million in 2007, the singer-songwriter is a real estate force to be reckoned with.

The newest addition to her home catalogue in Southern California is the Malibu property she recently purchased. With four bedrooms and three-and-a-half-bathrooms, her new place set her back $2.525 million. Described as an “architectural beauty,” it is located near Ramirez Canyon.

Situated on more than two acres of land, this two-story, 1,384-square-foot house was built in 1958 and has since been renovated. It features a dining area, which connects to a large patio and has heated stone floors and custom-made glass doors, a cook’s kitchen that has a breakfast bar and countertops outfitted with granite, and a master suite that is accompanied by a private balcony overlooking the estate’s grounds. A gazebo, a Jacuzzi, and a garage fit for at least two cars with a special charging unit for an electric-car can also be found on the property.

The listing agents for this property, which is just down the road from Cyrus’ rumored fiancé Liam Hemsworth, were Christopher Cortazzo and Joseph L. Masiello of Coldwell Banker.