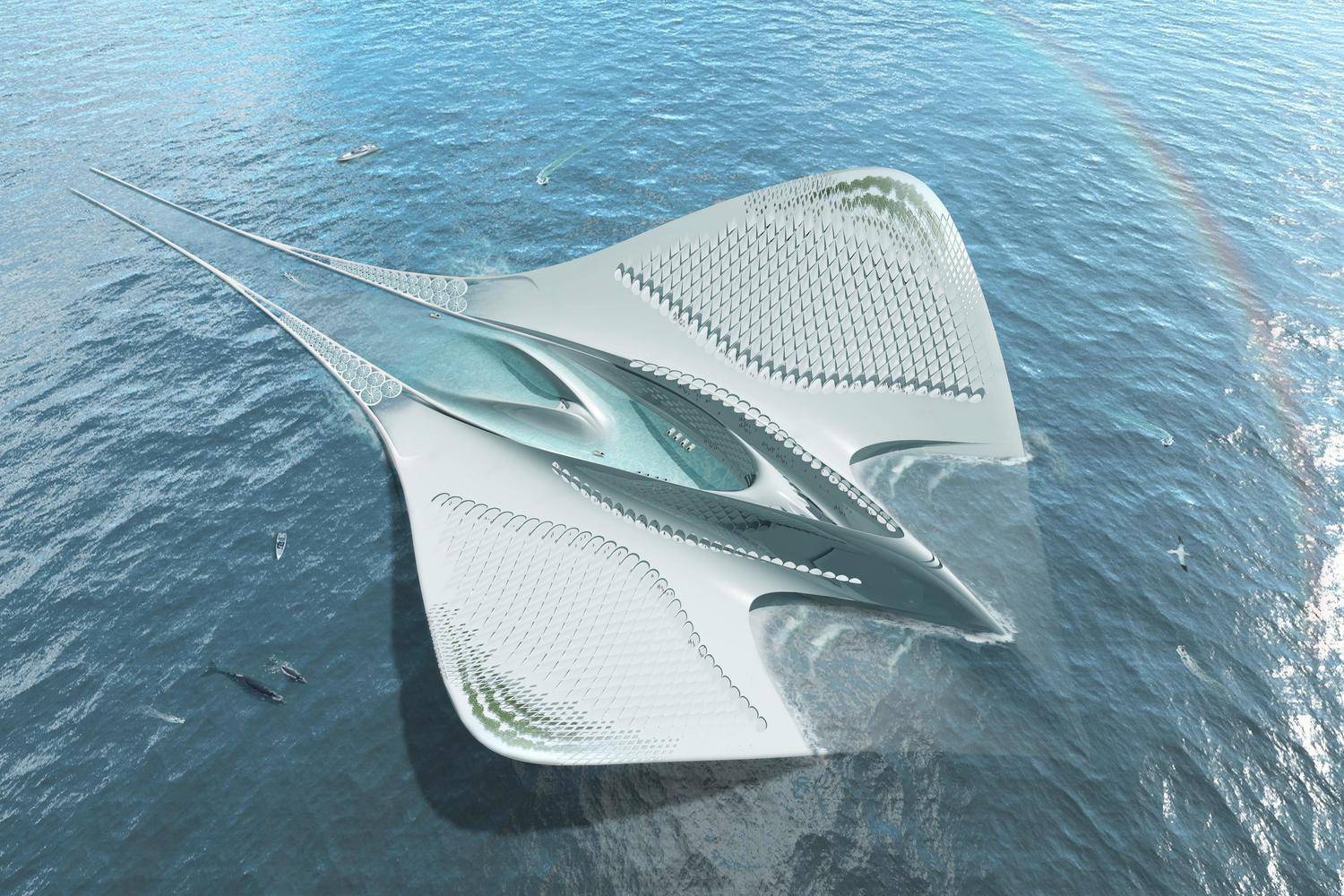 If you’ve ever dreamed of living in a city that is literally on the ocean, your dream may soon be a reality.

The brainchild of Jacques Rougerie, a renown French architect, the City of Mériens concept would be “a giant floating city designed to give scientists a place to live while they conduct research on the surrounding ocean,” according to Science Alert.

The floating city would reportedly boast enough space for 7,000 people as well as amenities, such as living quarters, classrooms, aquaculture breeding farms, research laboratories, hydroponic greenhouses, and lounging areas. Environmentally friendly, Mériens would be powered by marine energy that is renewable and will omit no waste.

“I designed the City of Mériens in the form of a manta ray because it was the best design to accommodate such a community with regards [to] the best possible correlation between space and stability needs,” says the award-winning architect, who has designed previous projects inspired by marine forms and his concern for sustainable development. The manta ray shape is said to endure harsh weather conditions.