Jerusalem’s Next Big Dig is a Pyramid Skyscraper

Conventional wisdom suggests the world’s most prominent pyramids at Giza, Egypt, were erected via slave labor. So the ironic nickname of Jerusalem’s “Freedom Pyramid” high-rise will not be lost on the ancient world. Designed by Daniel Libeskind (of Studio Libeskind) and Israeli architect Yigal Levi, the future mixed-use stone-and-glass tower will boast 200 luxury apartments, a boutique hotel, commercial space, a rooftop restaurant and even an observatory. 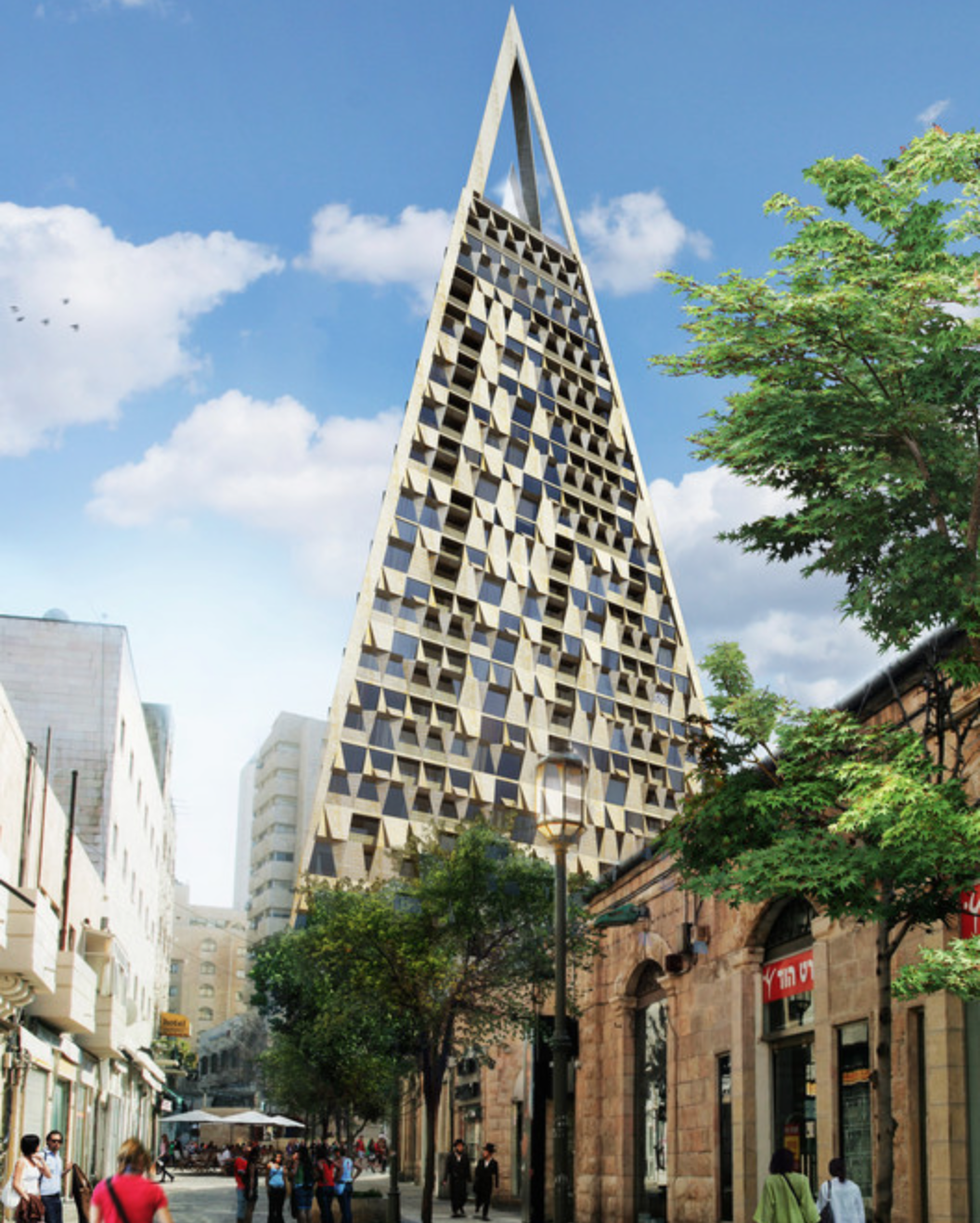 Jerusalem's Freedom Pyramid towers 105 meters over the heart of the city. 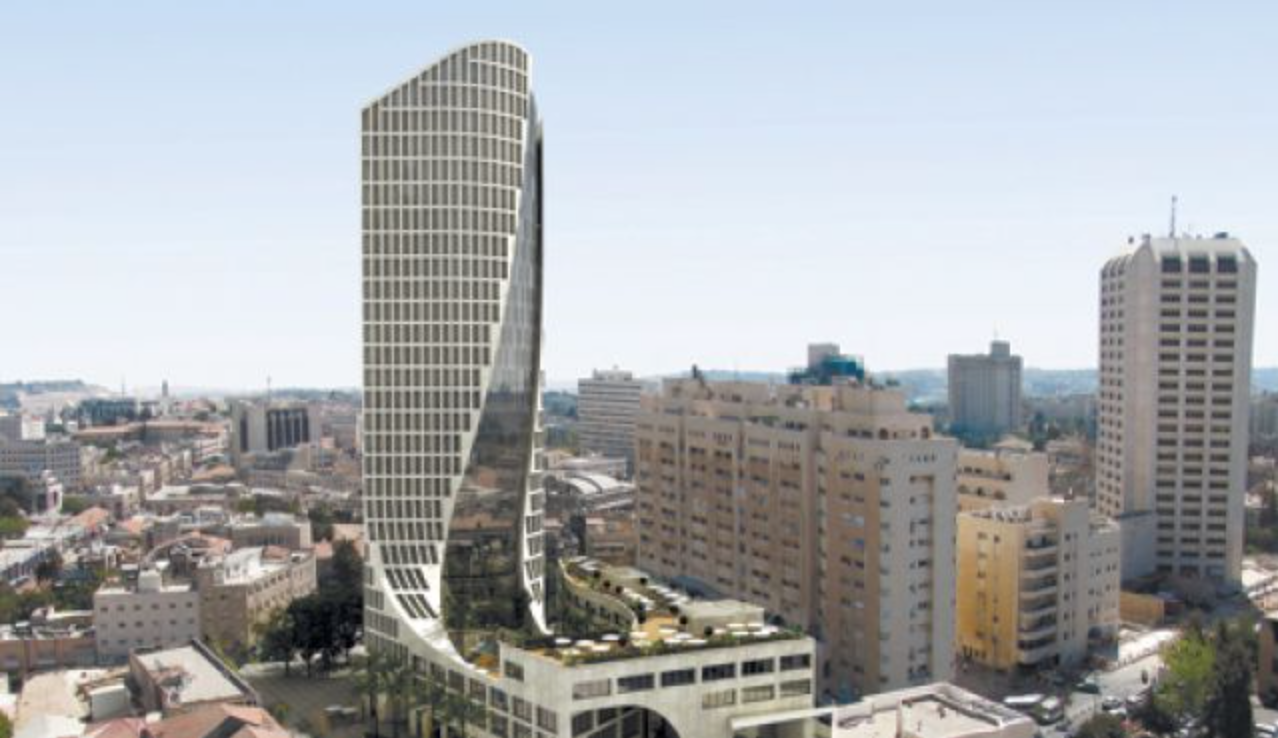 The mixed-use tower will boast luxury apartments, a hotel, and commercial space. The initial 2011 rendering revealed a curved glass and Jerusalem stone construction . It has since given way to a pyramid design.

As Jerusalem’s second tallest sky rise (105 meters, just below the Holyland Tower 1), an observatory seems appropriate for the modern 26-story building, whose initial renderings boasted a tapered, glass-swirled façade dubbed the "Eden Project." But this redesigned, heart-of-the-city pyramid isn’t merely designed for views—it is to be viewed itself from a distance as part of the city’s emerging, taller skyline.

Generally, pyramids represent the descending rays of the sun so most are polished via highly reflective limestone to give them a brilliant appearance from a distance. Jerusalem’s Freedom Pyramid reflects the city’s ancient tradition and the sun via Jerusalem stone, reflective glass and a triangular eye-in-the-sky top–which are uniquely viewed from a distance or close up. The design allows maximum light into the lower-level plaza below. 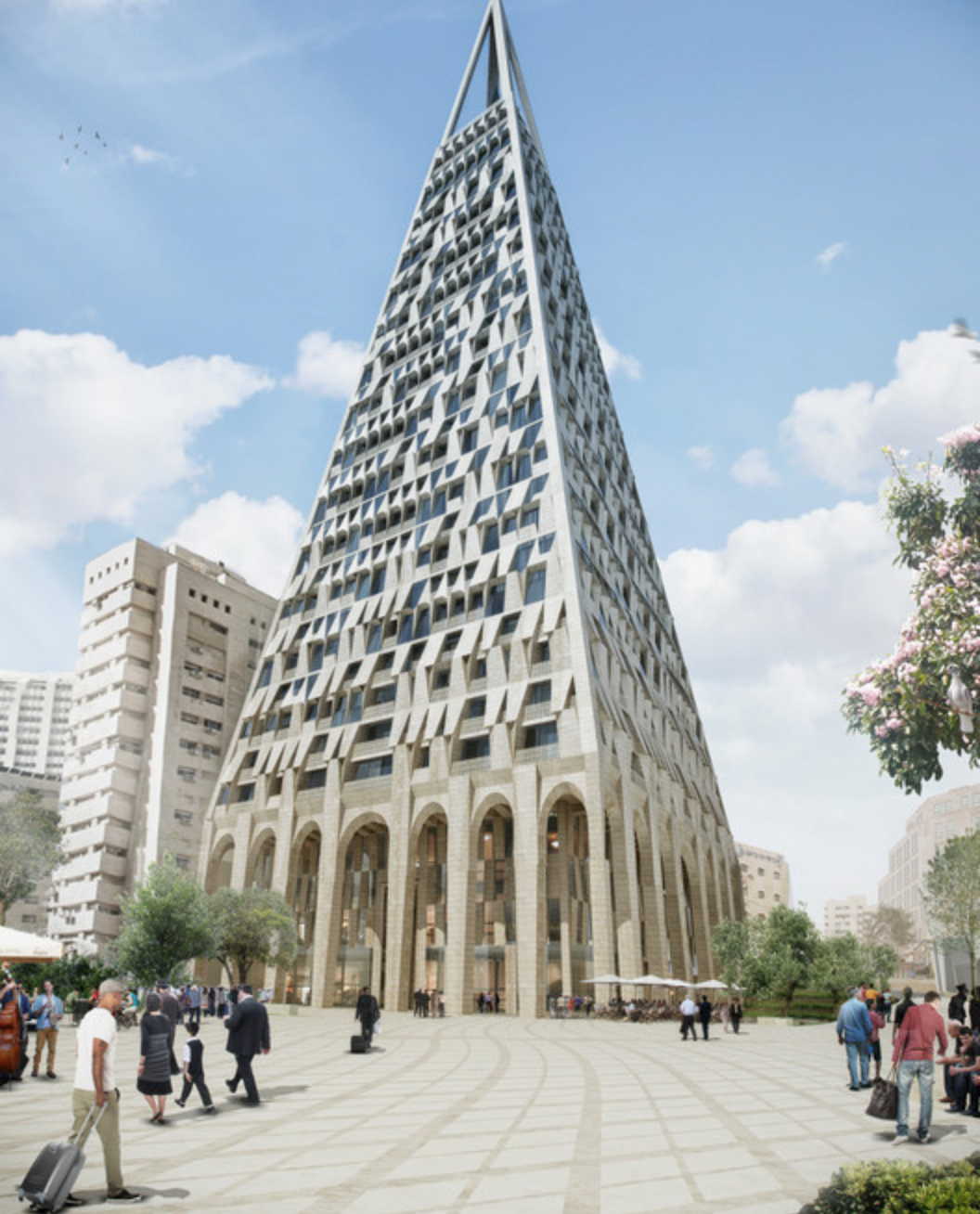 The tower will connect to a plaza, a shopping arcade, and surrounding open space.

Freedom Tower will feature an arched colonnade connecting the plaza to a shopping arcade and the surrounding open space at street level. Adjacent to the famous Mahane Yehuda market (a.k.a. the Shuk market), the tower also reflects the local religious culture with Jewish motifs—such as Star of David symbols—incorporated into the exterior.

“The design complements the context and gives the neighborhood a vibrant public space in the heart of the ancient city,” Arch Daily quotes Daniel Libeskind, studio principal who contributed to projects such as Berlin’s Jewish Museum, the Danish Jewish Museum, Contemporary Jewish Museum in San Francisco, and the Military History Museum in Dresden. 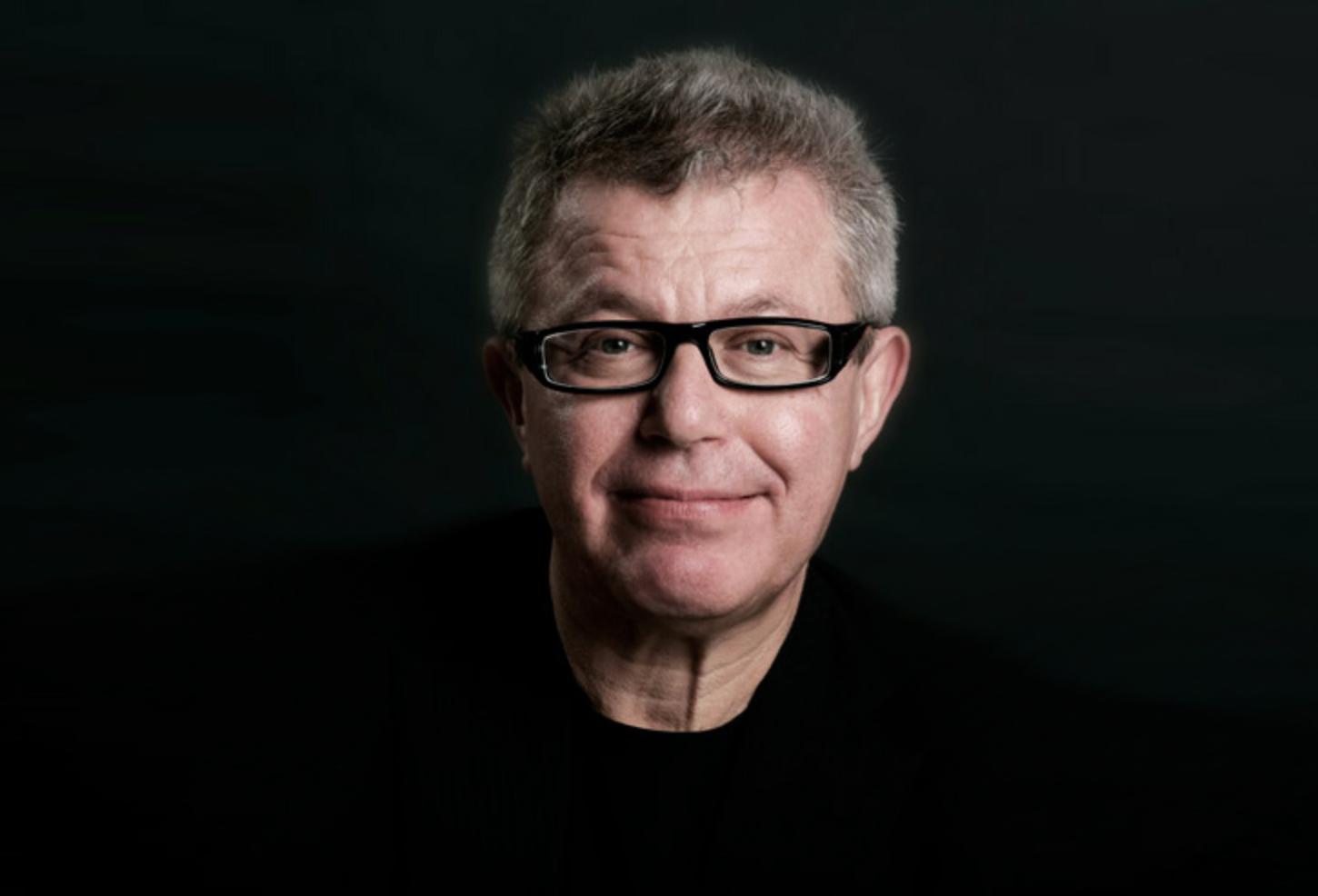 Jerusalem is known for its ancient stone architecture. However, the famous city also has a need for commercial modernization amid its ancient structures, religious landmarks, and ruins—which are vital economic and tourist attractions. Enter the Freedom Pyramid, which respects Jerusalem’s architectural landscape with the primarily stone façade. According to Curbed, the tower is among the first high-rise buildings approved since the municipality began enforcement of construction height restrictions. Construction is expected to be completed around 2019.