Comedic actor Jason Bateman got his big break on the 1980s television sitcom “Silver Spoons,” but there’s little sign of spoil in his humble 2,879-square-foot mid-century modern home at 8828 Wonderland Park Avenue on the famed Sunset Strip in Los Angeles, which recently listed for $2.25 million.

In addition to ample light, the home boasts excellent views of the surrounding landscapes outside.

By Hollywood standards, 8828 Wonderland Park Avenue is a modest post and beam residence.

One of the four bedrooms at 8828 Wonderland Park Avenue.

Bateman, 45, and his wife Amanda Anka (daughter of “My Way” singer-songwriter Paul Anka) bought the residence in 2002 for $885,000, according to the Los Angeles Times. The property was listed by Bateman’s boyhood friend, Richard Ehrlich of Westside Estate Agency. We don’t think Bateman seeks a bigger home to contain his ego because, by all accounts, he’s considered one of Hollywood’s most down-to-earth and nicest celebrities. It’s more likely that recent successes and two growing kids demand more space.

A small waterfall cascades into a Koi pond.

Private, lush exteriors give Bateman's home its character, just a stone's throw from the big city and bright lights of the Sunset Strip.

Bateman is the younger (and now more accomplished) brother of actress Justine Bateman who starred in the hit TV series Family Ties. He is known for ascerbic, quick-witted "straight-man" characters (with deadpan glares), especially in ensemble buddy films. His résumé has elevated him to Hollywood’s comedian A-list—an honor that’s made him a go-to humorous sidekick in sleeper film hits such as Juno, Up in the Air, Horrible Bosses and Identity Thief. In 2013, he made his directorial debut for the film Bad Words.

Bateman starred in The Change-Up.

Bateman’s breakthrough role was as Michael Bluth in the cult TV series Arrested Development (now on Netflix), which earned him a Golden Globe Award for Best Actor in a Television Series, Musical or Comedy as well as an Emmy nomination for the same role. He’s also featured in the Mumford & Son’s music video, “Hopeless Wanderer.” Bateman’s Horrible Bosses 2 (horrible title?), recently hit theaters.

It appears Bateman is wandering elsewhere, with his humility and family in tow, after living and investing in the home for 12 years.

Jason Bateman and his wife Amanda Anka at the Emmy Awards. 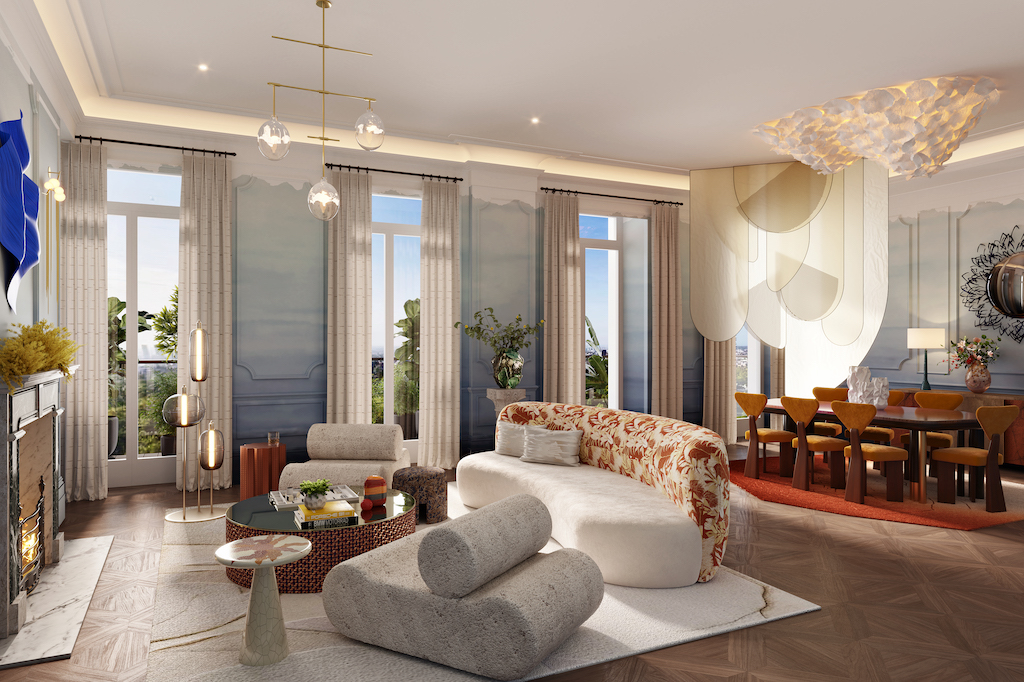