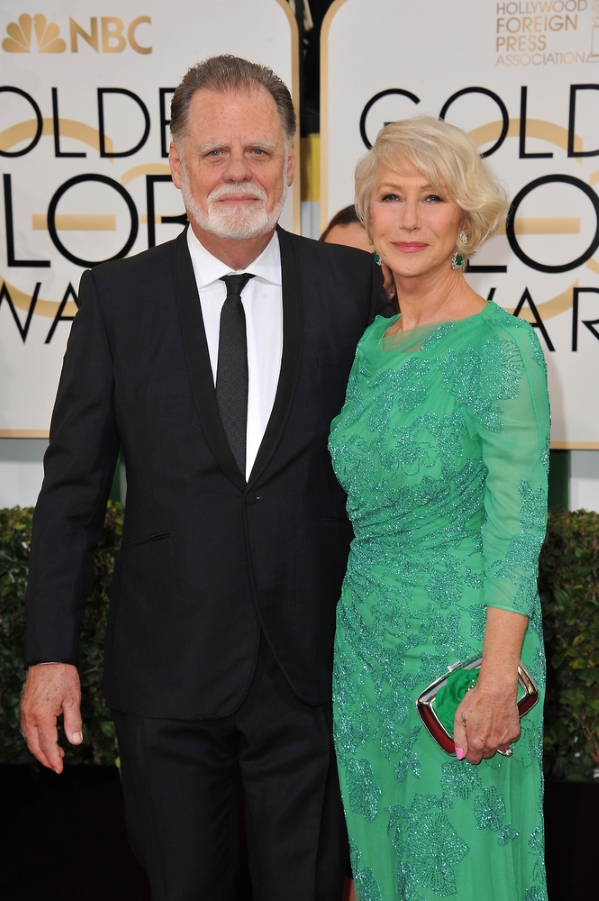 The lavish Hollywood Hills estate dates back to 1908 and reportedly completed construction in 1911. Since its completion, the newly listed estate has been owned exclusively by Hollywood dignitaries. The first owner was American singer and movie star Dustin Farnum of “Squaw Man,” one of Hollywood’s first feature films. The home’s second owner was journalist, columnist, and film producer Mark Hellinger who inspired "The Roaring Twenties" with James Cagney and Humphrey Bogart. Following was successful actress and producer Gail Patrick of “My Man Godfrey.”

In the 1980s, Mirren and Hackford purchased the esteemed property and have since renovated the home while maintaining its original aesthetics and charm. Now, the celebrity couple reportedly resides on the Nevada side of Lake Tahoe and are bidding farewell to their illustrious Hollywood Hills home after more than 30 years of residence. The hillside compound presents an asking price of $18.5 million and is also available for lease at $45,000 per month.

As the second largest available property in the Hollywood Hills, Mirren and Hackford’s former estate spans a whopping 6.5 acres of picturesque land with 10,200 square feet of living space. The property runs from La Brea Terrace into Runyon Canyon and consists of multiple structures: a five-bedroom main home, three-bedroom guesthouse, and apartment atop a five-car garage. At the end of a winding private driveway, the primary residence presents a white stucco exterior with a vibrant red front door and blue shutters. Entering the home, the step-up foyer highlights a dazzling chandelier and leads to the spacious living room lined with French doors. The interior layout also includes a spacious kitchen with floor to ceiling brick fireplace, lounge with bar, and wood-paneled library. Throughout the residence, decks and balconies overlook the lush grounds and bustling cityscape for an indoor-outdoor flow. Stepping outside, the exterior space offers a terrace perfect for entertaining and a swimming pool set amid the gorgeous Californian hills and palm trees.

The listing for this property is held by Joyce Rey and Stephen Apelian of Coldwell Banker Realty.