Get Reel: Live Like A Celeb In These Hotspots

New York City and Los Angeles: the two most coveted hotspots for celeb homes. Living amongst the stars -that is, movie stars- is a daily dose of reality in these twin cities.

And you yourself can travel the starlit highway, as that real estate celebrity route from New York City to L.A. and vice versa, is open to all. For the right price, of course.

Justin Timberlake and his wife, Jessica Biel. Meg Ryan. Jake Gyllenhaal. Jennifer Lawrence. What do these celebs have in common? They live in one of NYC's most sought-after buildings: 443 Greenwich. What’s drawing such high-profiled celebrities downtown? The VIP must-haves: privacy, space, luxury and location. 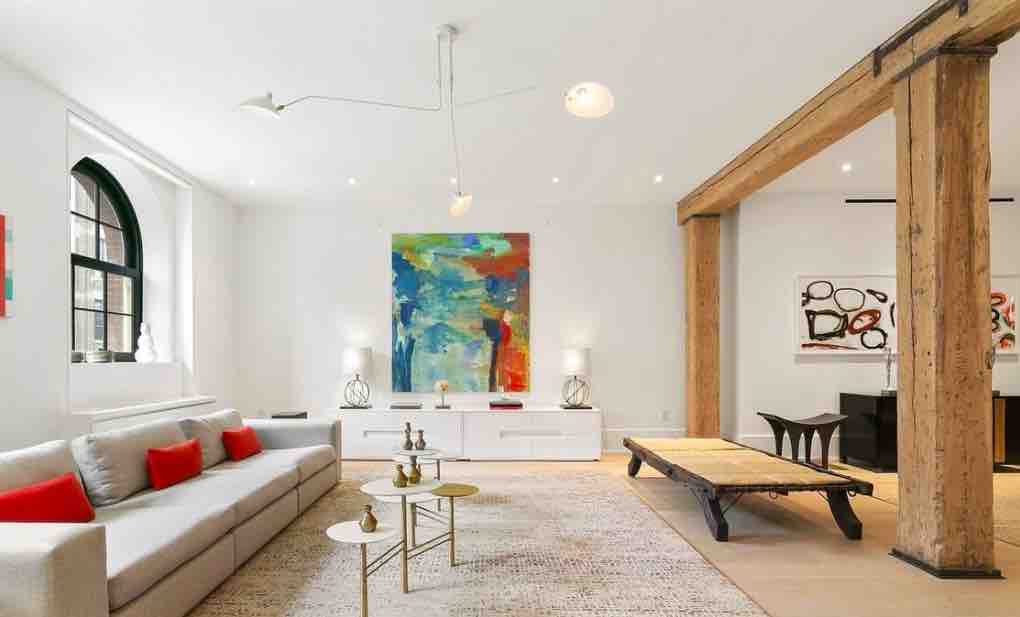 Located in Tribeca, 443 Greenwich offers an incomparable combination of swanky space, ideal location and privacy in a building known for being “paparazzi-proof.” A few apartments in this building are currently available for rent. For either $32,500 or $42,500 per month, you could be neighbors with Jennifer Lawrence. The apartments’ features include floor-to-ceiling windows, lofted ceilings, custom-wood paneling, heated floors and towel bars, a marble-covered master bath, unparalleled light exposure and many more amenities.

Your morning run could begin with your taking the elevator with JT and his lovely wife, Jessica. Not a bad way to start your day. 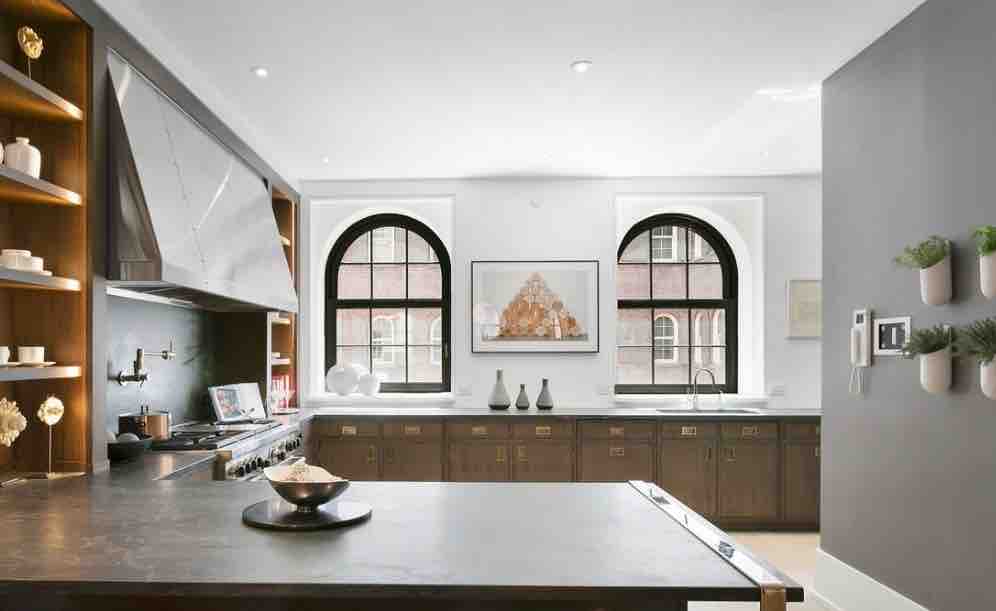 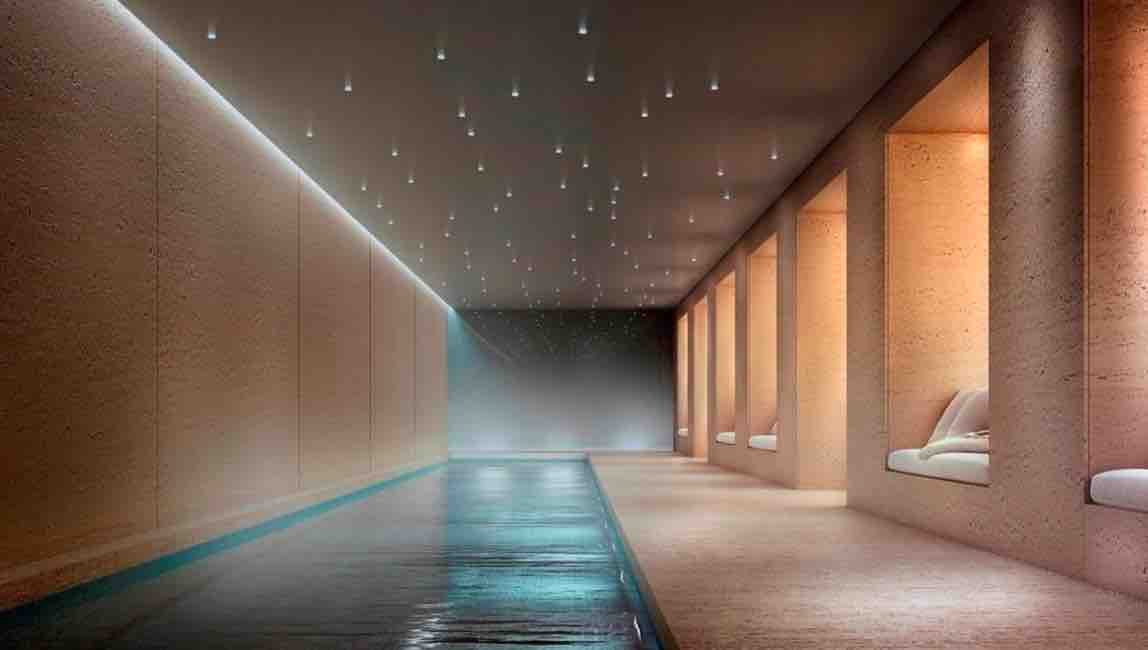 Word on the street is that JT’s other NYC apartment - located in Soho - is on the market for approximately $8 million. Timberlake’s Soho condo is approximately 2,600 square feet with three bedrooms, 3.5 bathrooms and a wraparound terrace. 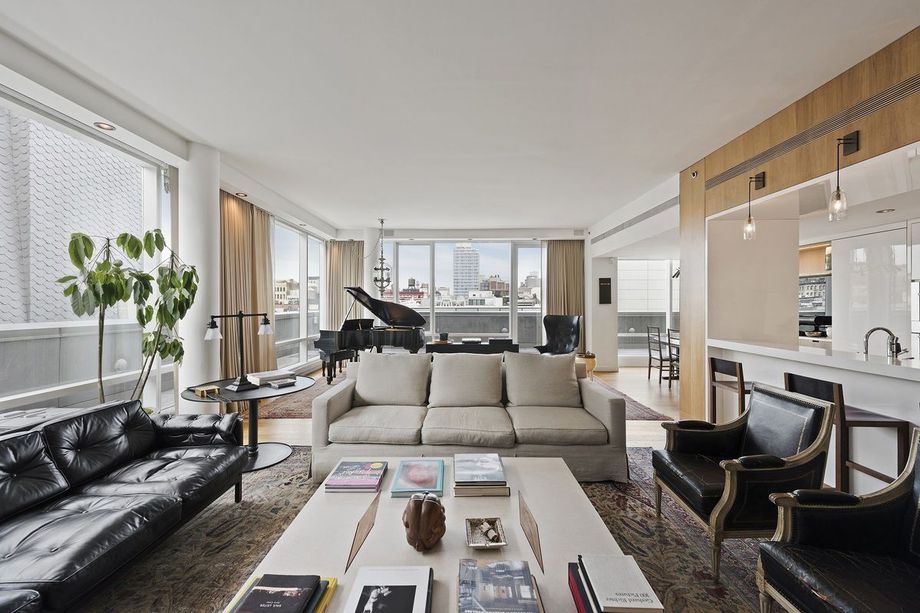 The Timberlake-Biels’ Tribeca pad, which has four bedrooms, four-plus bathrooms and a terrace that’s nearly as big as the apartment itself, seems to be more conducive (than their Soho pad) for this growing family who still desires to live downtown in upscale million-dollar-celeb luxury.

You'd win the celebrity lotto with either of these two downtown apartments. 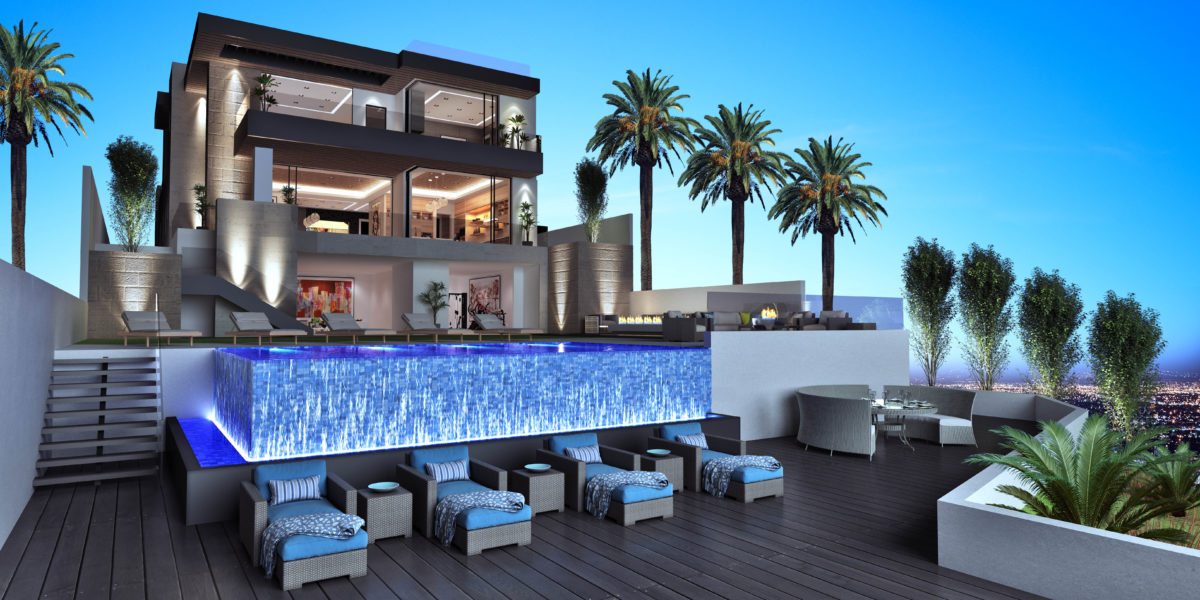 Justin Bieber is rumored to be interested in purchasing a $10.9-million home in Los Angeles. You could beat him to the punch. Neighbors include Lebron James and John Travolta. 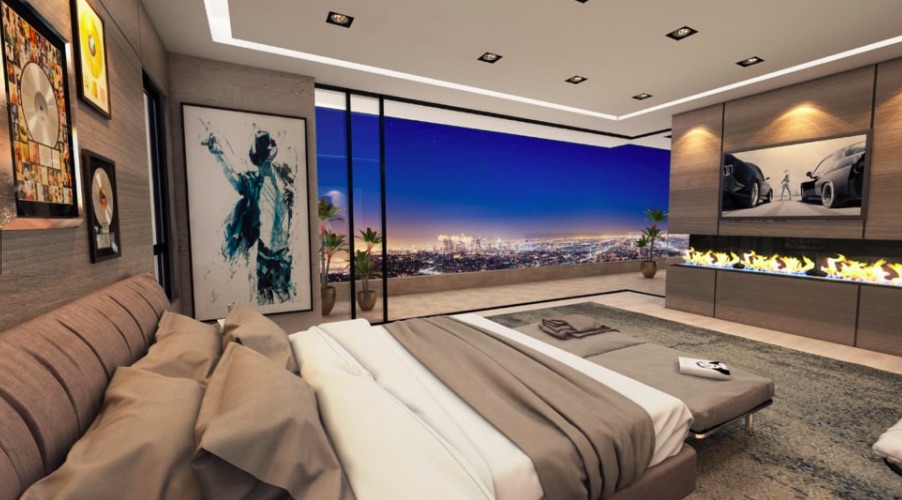 These sweet digs include 7,890 square feet of modern contemporary cool that will softly caress you with its soaring ceilings, open floor plan, natural bright light and panoramic city/ocean views. The front entrance welcomes you into a foyer that boasts 27-foot ceilings and the living area is situated below with a towering two-story contemporary fireplace.

Other celeb amenities include rooftop deck with jacuzzi, an infinity pool with a live backdrop of the City of Angels, a fire pit and on-site spa. 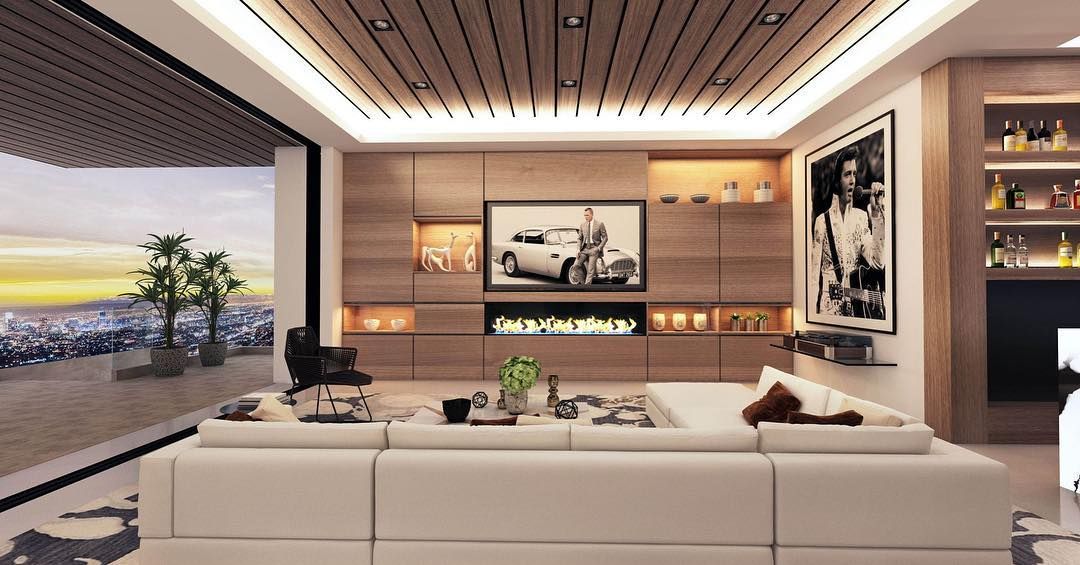 And in celebrity-realty fashion, this pad - fit for the Biebers of the world - also includes: a custom chandelier that hangs suspended through a three-story floating staircase as the cohesive art piece that it is, a sleek chef’s kitchen, a lavish waterfall-edge, seven-foot-long onyx bar, automated floor-to-ceiling glass doors that open across the main level to a wrap-around balcony that embraces city, canyon and ocean views. Bieber and his friends could jam here in LA luxury musician style.

To the East side. In that deluxe apartment in the sky. Words that J-Rod is singing these days in NYC. Because when you're J-Rod, you go big and you go home. To Park Avenue.

Power couple Jennifer Lopez and Alex Rodriguez just purchased some new digs for just over $15 million. On the UES. On the 36th floor of the towering 432 Park Avenue building, the tallest residential building in the Western Hemisphere. And there are other apartments currently on the market in this building. Imagine living here and working out in the gym next to J Lo or A-Rod. Could there be any better incentive for you to get into shape? 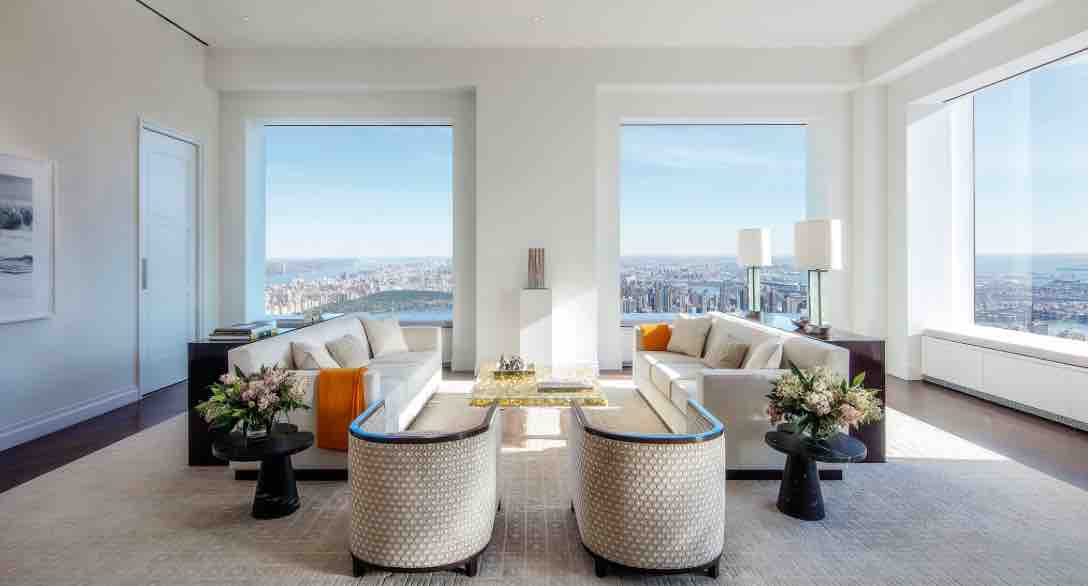 This building boasts a deluge of celebrity-style amenities: private parking, a personal chef serving three meals a day, a state-of-the-art gym with yoga and Pilates studios, sauna and steam rooms, a cinema and private elevators. 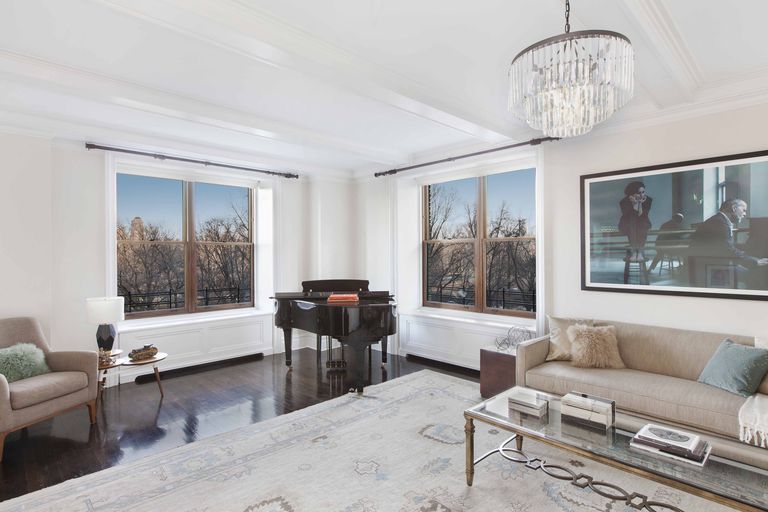 And if this Park Avenue feast doesn’t wet your appetite, move on over to the Upper West Side where your neighbors would be Steven Spielberg, Steve Martin or Bruce Willis. 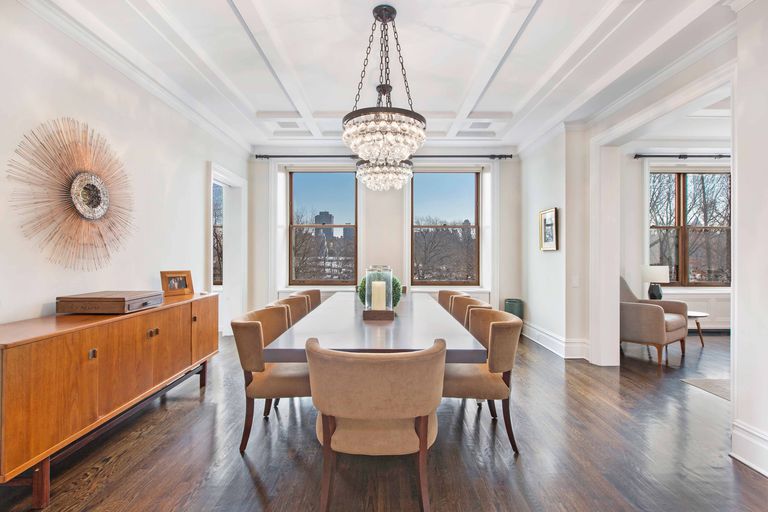 At either of these UWS digs (271 Central Park West or One West End), you would be living in Willis' Die Hard fashion. Now that's living like a celeb. 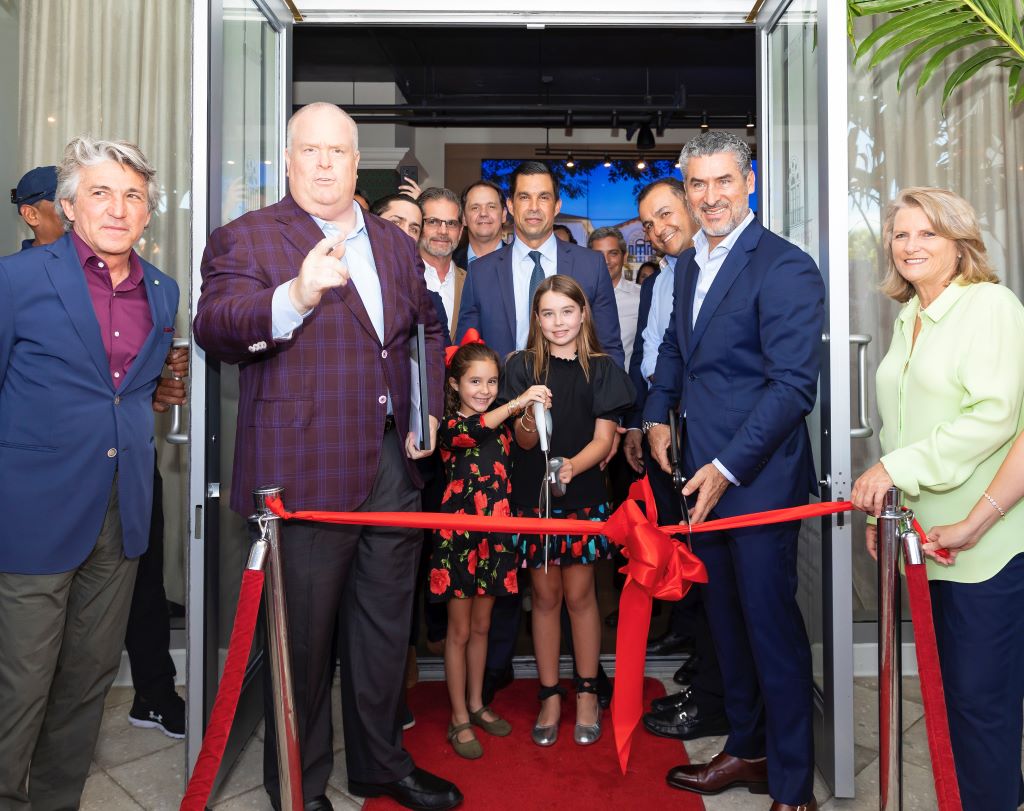