For years, global fashion brands have been pairing up with museum curators to create showcases of culture. Fashion leaders such as Bernard Arnault, François Pinault and Miuccia Prada bring together the art and fashion worlds to craft a culture of luxury. These tastemakers have long supported the cause using their foundations to sustain compelling art projects. 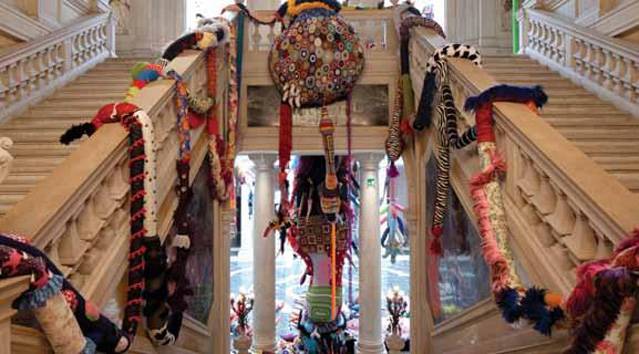 The art news du jour surrounds Bernard Arnault, who has paired up with architectural icon Frank Gehry to build a new museum in Paris. There is no question that Arnault occupies the highest throne in luxury—his empire, Louis Vuitton Moët Hennessy, (LVMH) is behind global luxury brands like Dior Montres, Givenchy, Fendi, Dom Pérignon and De Beers.

A self-made entrepreneur and the world’s fourth richest man, Arnault single-handedly resurrected French chic when he saved beloved Parisian department store Le Bon Marché and revived Louis Vuitton. Arnault captures what he calls “star brands” and re-launches them with a prestige that honors the past and re-invents the future, keeping imagination alive by hand-selecting young, sometimes radical designers. In the case of Louis Vuitton, he passed the reins to Marc Jacobs, who invited artists Takashi Murakami and Stephen Sprouse to graffiti the signature LV logo. 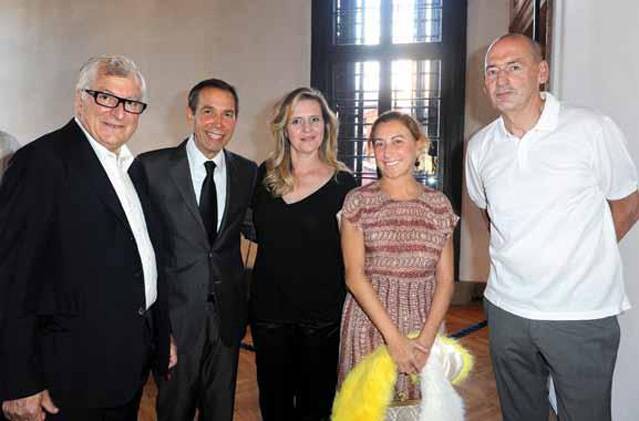 Arnault’s foray into supporting the arts began with publicly advocating art in 1994 with LVMH exhibitions, scholarships and awards. In 2006, Espace Culturel Louis Vuitton—a place for emerging global artists to show exhibitions—was opened at the top of the Louis Vuitton flagship store on Champs-Élysées in Paris. Art has often appeared in the LV products themselves; American artist Richard Prince’s Nurse Paintings served as the inspiration behind a series of bags for the maison’s Spring 2008 line. For Arnault, the borders of fashion and art, or that of commodities and countries, are not firm. He is a patron of global creation.

Currently, Arnault is constructing a dream museum of sorts in Paris. The Louis Vuitton Foundation for Creation, Arnault’s project with Gehry, will occupy a 30,000-square-foot space near the Bois de Boulogne in Paris. Gehry’s distinguished extremist design style will provide a unique artistic mecca in a city already dense with culture and tourism. The project, estimated at $127 million, is slated to open in 2013. 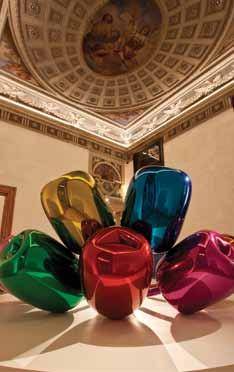 The construction of the Louis Vuitton Foundation for Creation began the same year that François Pinault opened the doors of his $37 million museum in Palazzo Grassi in Venice at 18th century Palazzo Grassi, formally of the Fiat family. Pinault had first tried a museum near Paris too, on Île Seguin, but after $25 million, the project was abandoned and moved to Venice.

Pinault built holding company Pinault-Printemps- Redoute (PPR) beginning with Parisian department store Printemps and developing relationships with visionaries such as Tom Ford. Today, Alexander McQueen, Balenciaga, Bottega Veneta, Yves Saint Laurent and Gucci are all under the PPR umbrella. The future of PPR and its foundations now sit in the hands of Pinault’s son, François-Henri Pinault.

As owner of Christie’s auction house and one of the largest art collections in the world, Pinault earned himself the title of Art Review’s most powerful person in the art world. He is known as a methodical collector guided by what Peter Brant calls “superb taste” and has been advised by expert French dealer Marc Blondeau and art godfather Larry Gagosian. In addition to Palazzo Grassi, Pinault opened Punta della Dogana, a customs house won in 2009 with a $30 million bid over the Guggenheim.

Even more inspired by global influence is Miuccia Prada, who transformed her family legacy from an Italian leather goods brand into a global luxury label. Prada’s art initiatives are innovative, supporting unconventional artists like Tom Sachs - who first got her attention by crafting a toilet in Prada packaging - as well as Walter De Maria, Tom Friedman, Barry McGee and Laurie Anderson. Her contemporary art space, Fondazione Prada, exhibits work by various international artists.

Prada works with established art guide Germano Celant, who said that the Prada foundation “was created intentionally undefined and open to any form of alteration, collaboration or dialogue. It is like a multi-directional map that corresponds to a globalized vision of culture in which there is neither center nor leadership, just progress in a boundless and boundary-less landscape.” 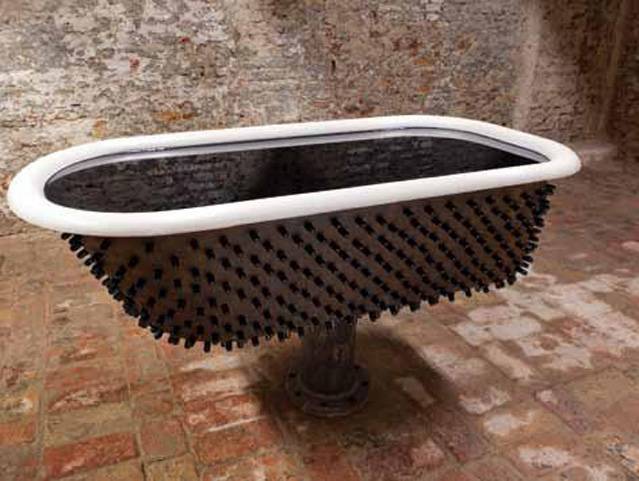 However, Prada’s artistic interests stretch farther than that of Arnault and Pinault, supporting exhibitions, architecture, cinema and philosophy. Fondazione Prada’s cultural and artistic efforts are international, with museum locations in Milan and Venice, and events hosted in New York, London, Tokyo and Seoul. Rem Koolhaas is at the helm of Prada’s most recent endeavor, a new mega museum in Milan set to open in 2012.

Arnault, Pinault and Prada are guiding culture through fashion and art. Their exhibition spaces, supported by bottomless pockets, reveal unbounded visions and legacies in progress. For these fashion business leaders, art is both an asset and a lasting investment. These are long-term tastemakers who are not just supporting contemporary art, but making history by decreasing the separation between fashion and art and uniting them in a marriage with luxury. Fashion is what is worn, art is what is not touched, but luxury is what is regarded with esteem and what is cared for. Arnault, Pinault and Prada seem to understand this in the fullest.