The project—named "Zayed Crystal Spark"—will be built on a 8,589-square-foot block in the Sheikh Zayed district of West Cairo, and feature two pyramid-shaped structures topped with glowing capstones. 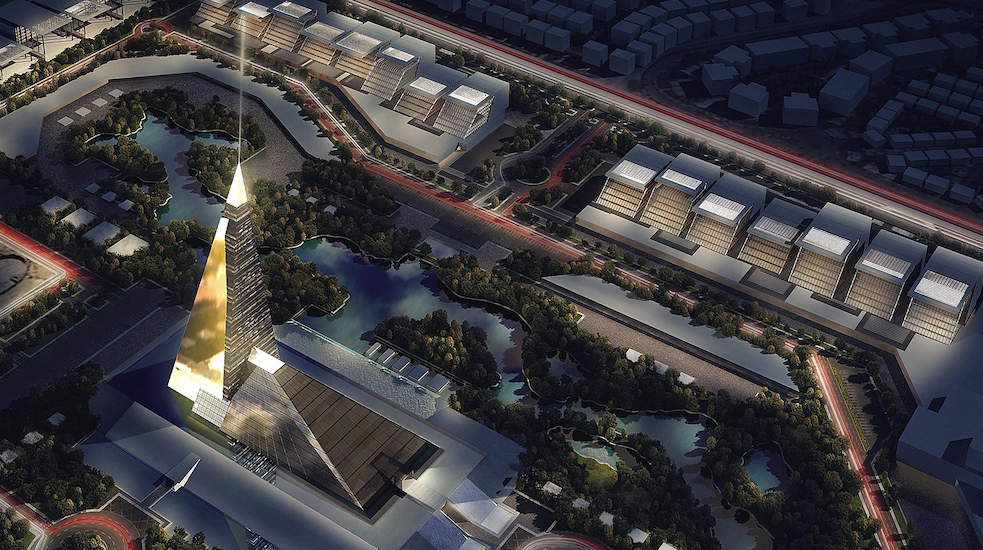 Upon its completion, Zayed Crystal Spark won't only be the tallest building in the country, but also in North Africa's entirety.

The project—whose reported cost is yet to be revealed—is the pending product of a partnership between real estate developers and the New Urban Communities Authority (NUCA). One of the development’s goals is to attract new investors in order to reinvigorate Egypt's economy. Real estate is a primary driver of the nation's economic growth, accounting for eight percent of the country’s labor force, and affecting more than 90 industries.

In conjunction with the announcement of the tower, the Ministry also revealed that real estate developers will soon be granted new land blocs, in order to rectify current land shortages that can delay Egypt-based investment projects. 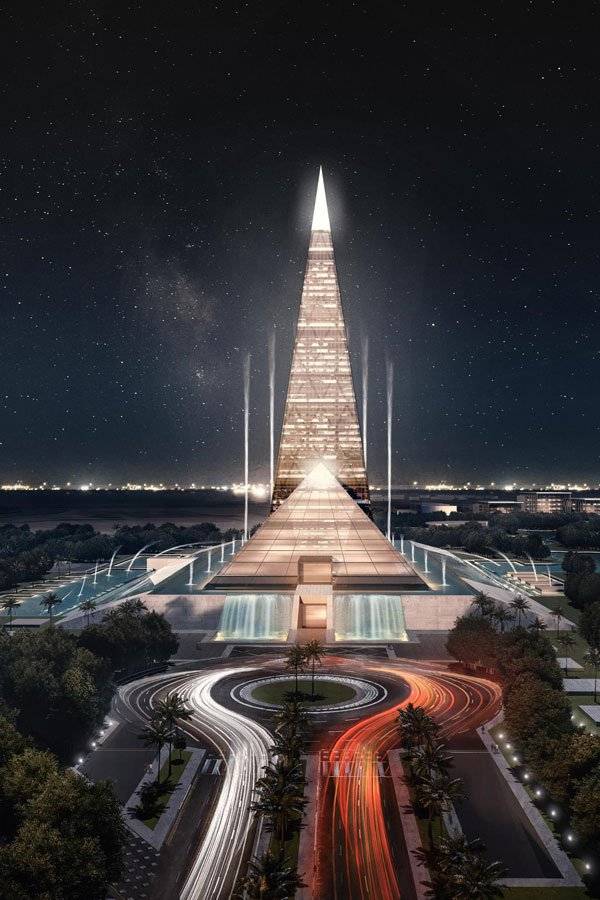