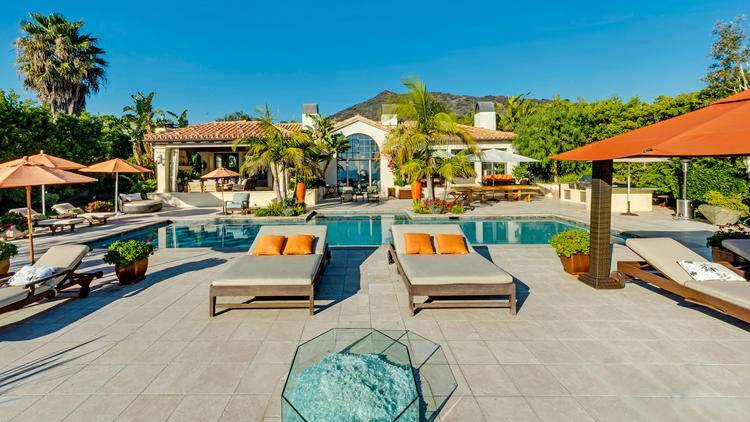 For over a decade, True Religion jeans have been the jean of choice for many stylish gals and guys, which has made the California-based clothing company’s co-founders a lot of money. Co-founder, Kym Gold, has reportedly made some more money, following the sale of her multimillion dollar former home.

Listed at $26.5 million earlier this year, the Malibu home was recently sold at the price of $18.45 million. Sotheby’s International Realty’s Amy Alcini and Anthony Paradise were the listing agents.

The Spanish-style home has over 6,000 square feet of living space throughout and features everything from the basics, like a gourmet kitchen, a living room, and a dining room to the not-so-basic amenities, such as a gym, an office, and a studio.

The interior of the five-bedroom, six-bathroom mansion is also decked out with fireplaces made of imported stone, distressed beamed ceilings, and reclaimed wood flooring.

With coastline views and private access to the nearby beach, the 1.6-acre property seems like it would a great choice for entertaining guests. A tennis court, a putting green, a swimming pool, a pergola, and even an outdoor fireplace are found throughout the grounds.

Built in 2001, the mansion was constructed only a year before the True Religion brand had been introduced to the world and millions of closets.