Desert mirages usually come in the form of water, not a rock—nor an entire city.

French firms Manal Rachdi OXO Architects and Nicolas Laisné Associés dispel that notion with its latest concept—"City Sand Tower," currently a virtual and in futurity a vertical city in Morocco’s Sahara Desert. You can never fault people (even architects) for wanting to play in a sandbox. 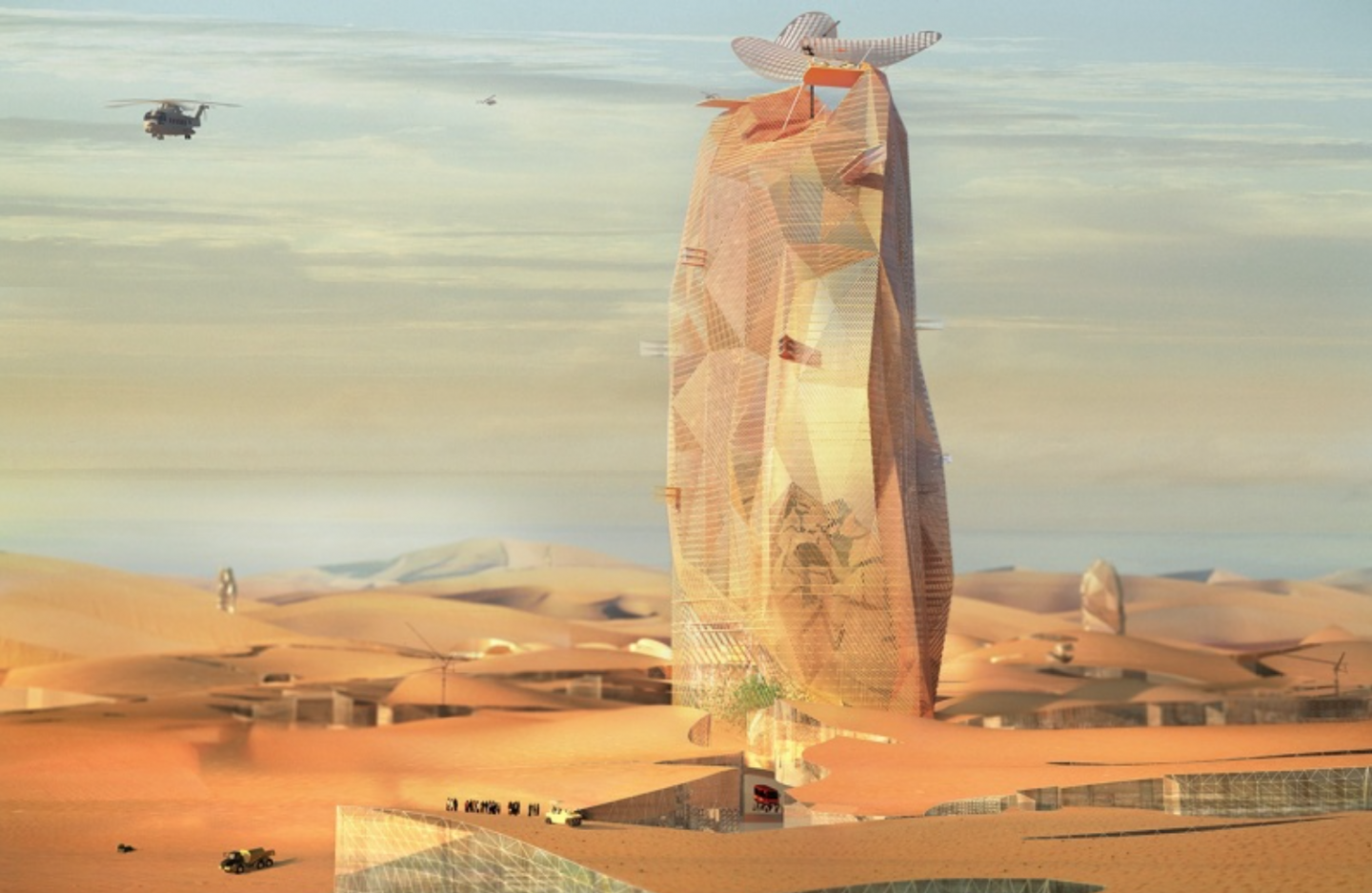 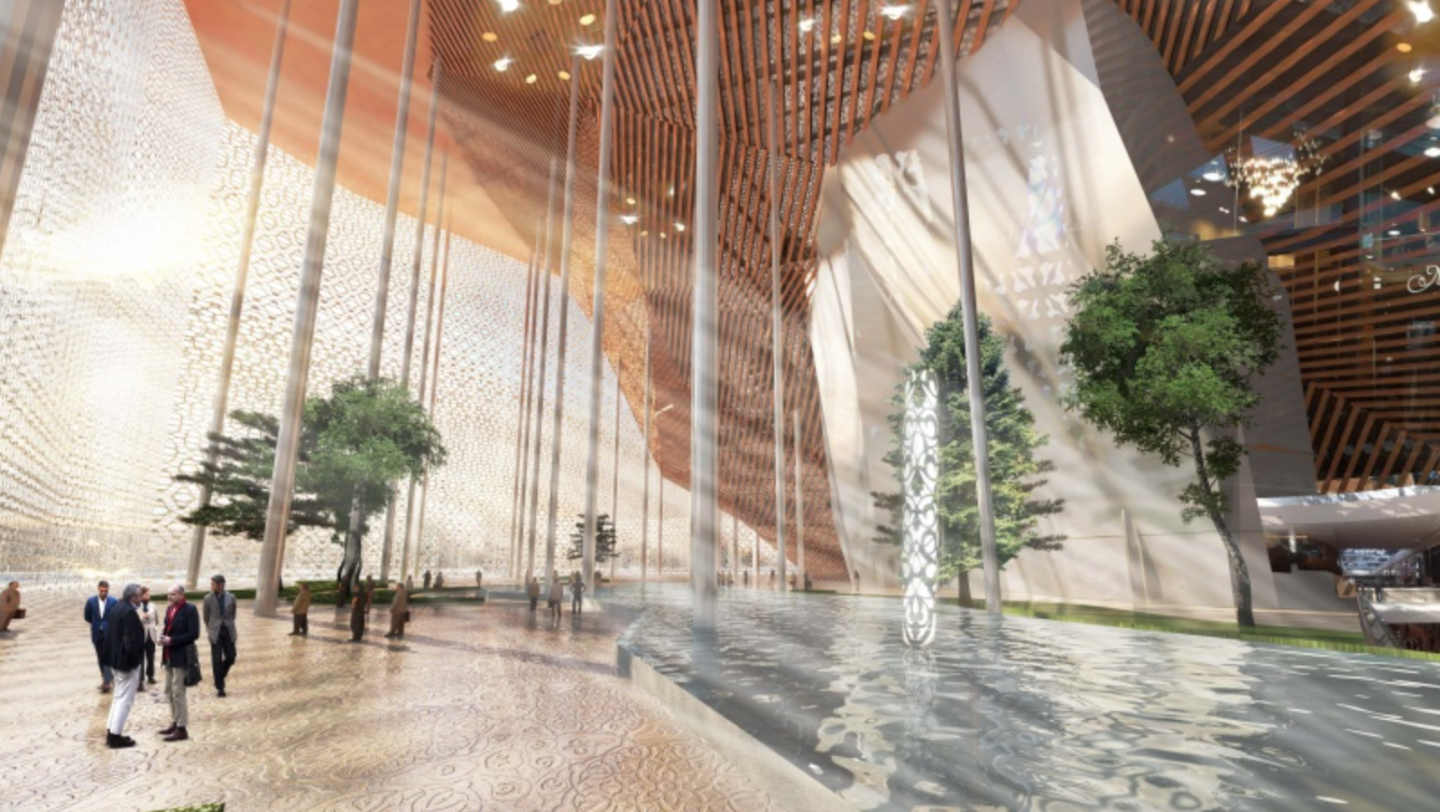 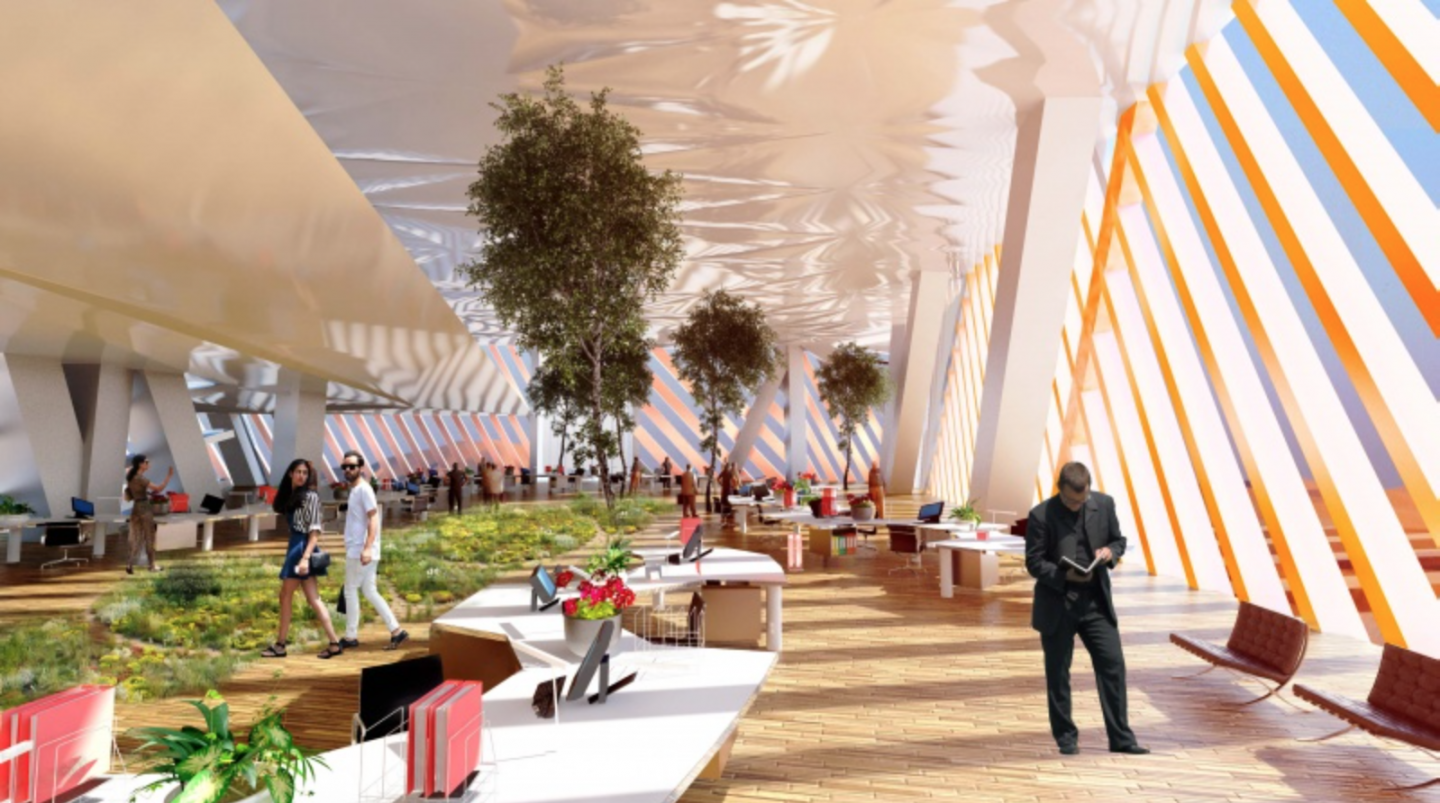 City Sand Tower is connected to a maze of external street bazaars. 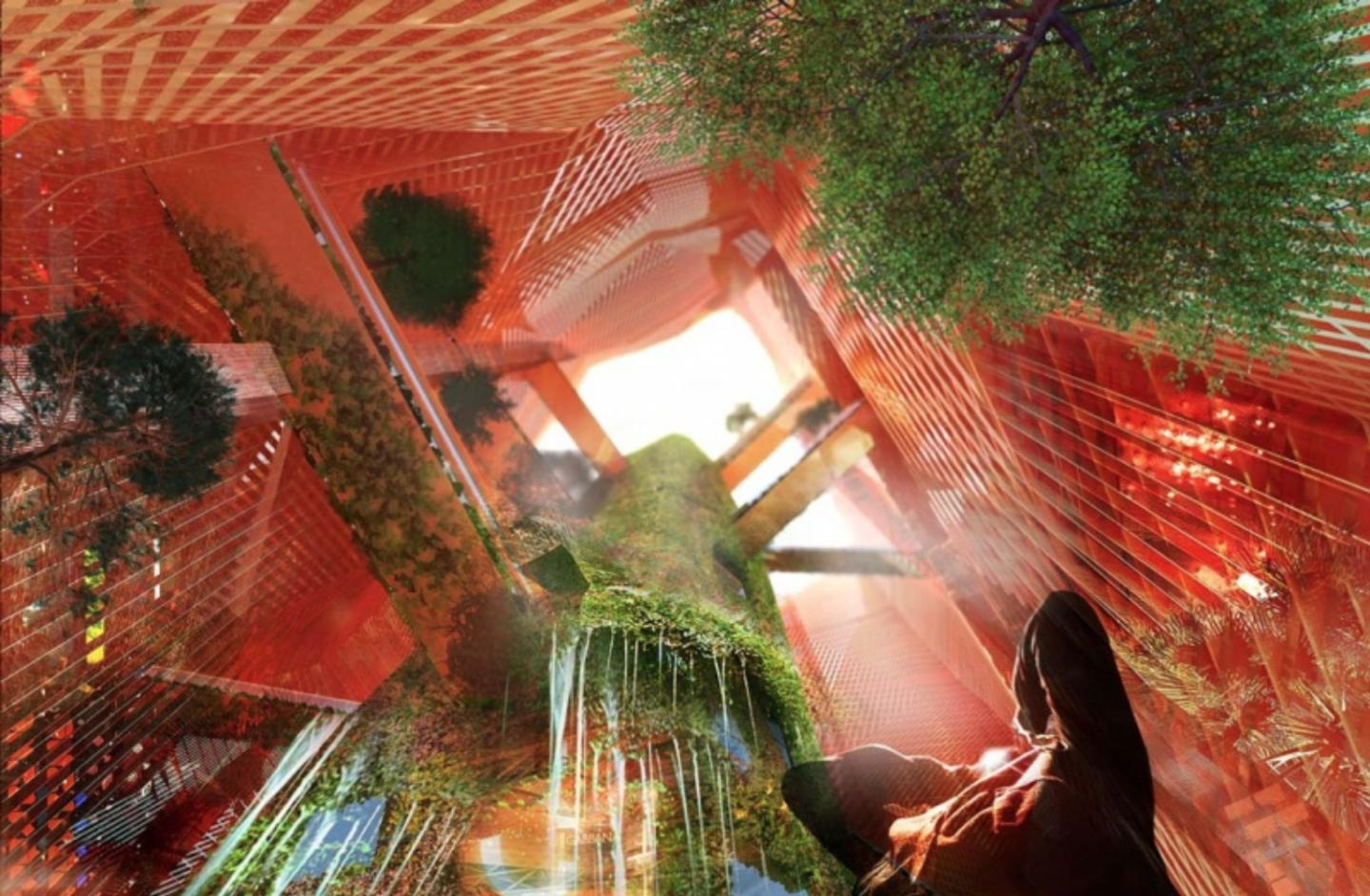 Hanging vegetation covers the inner structure and and is reflected by a pool below. 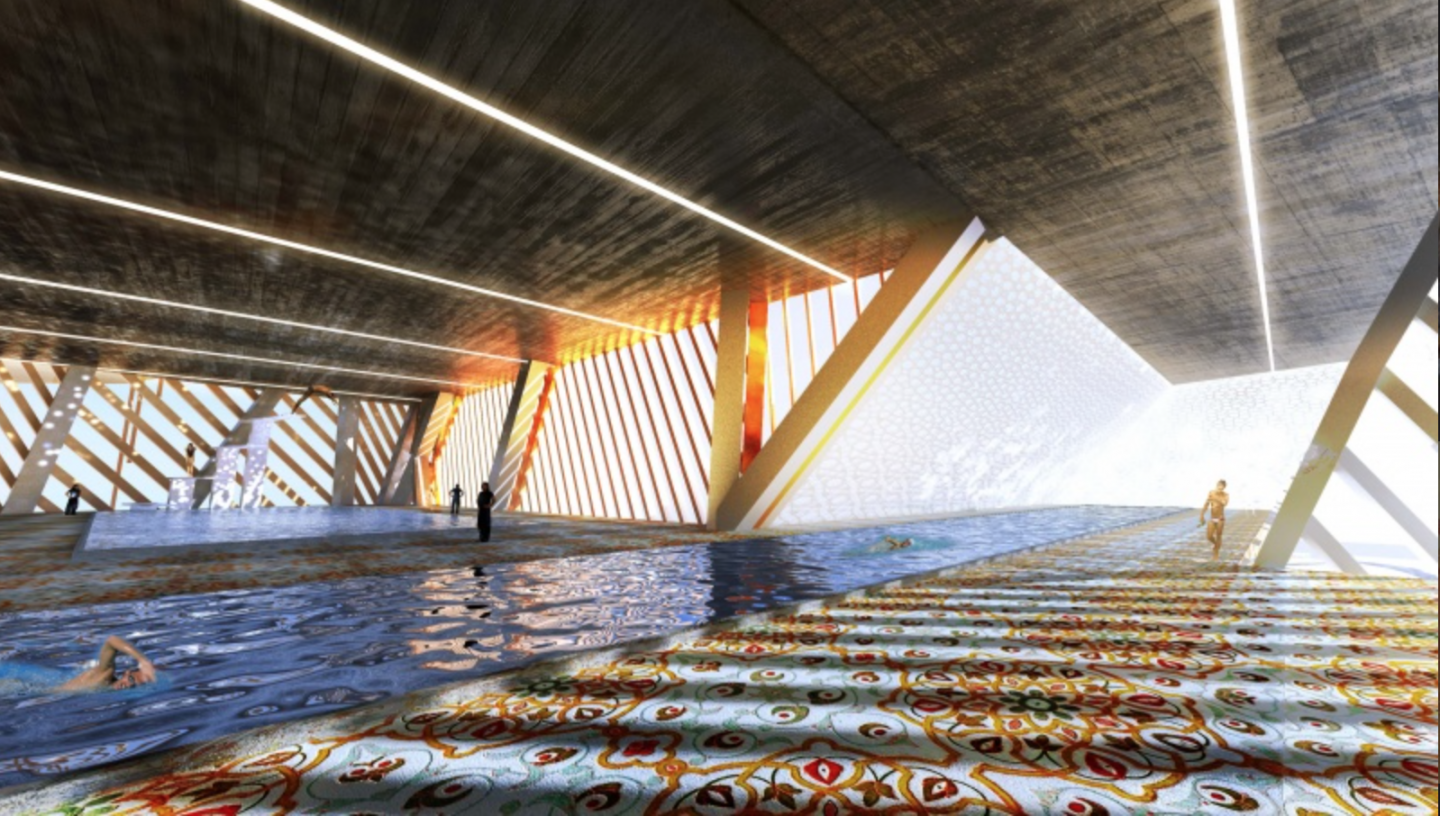 A stunning lap pool on one of the upper floors 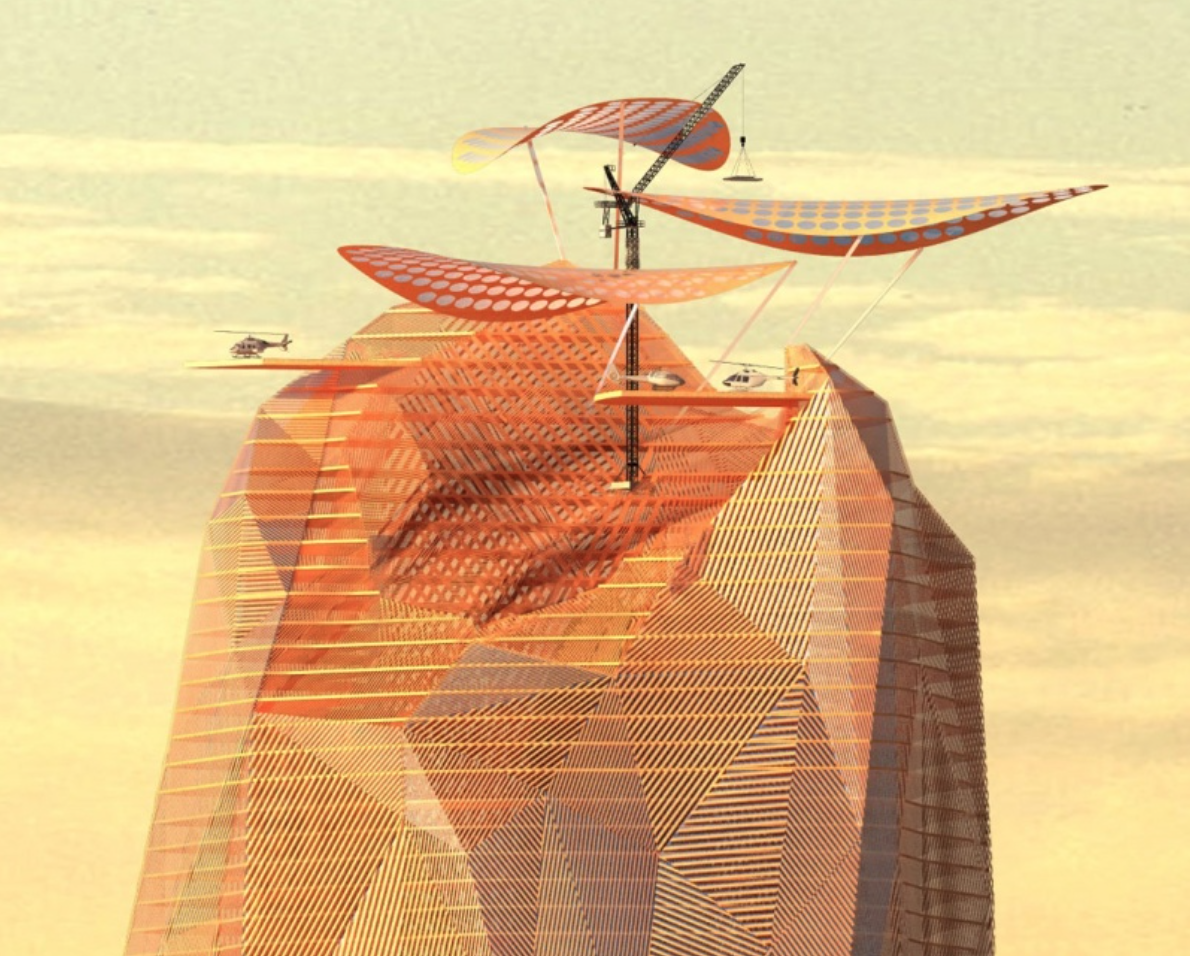 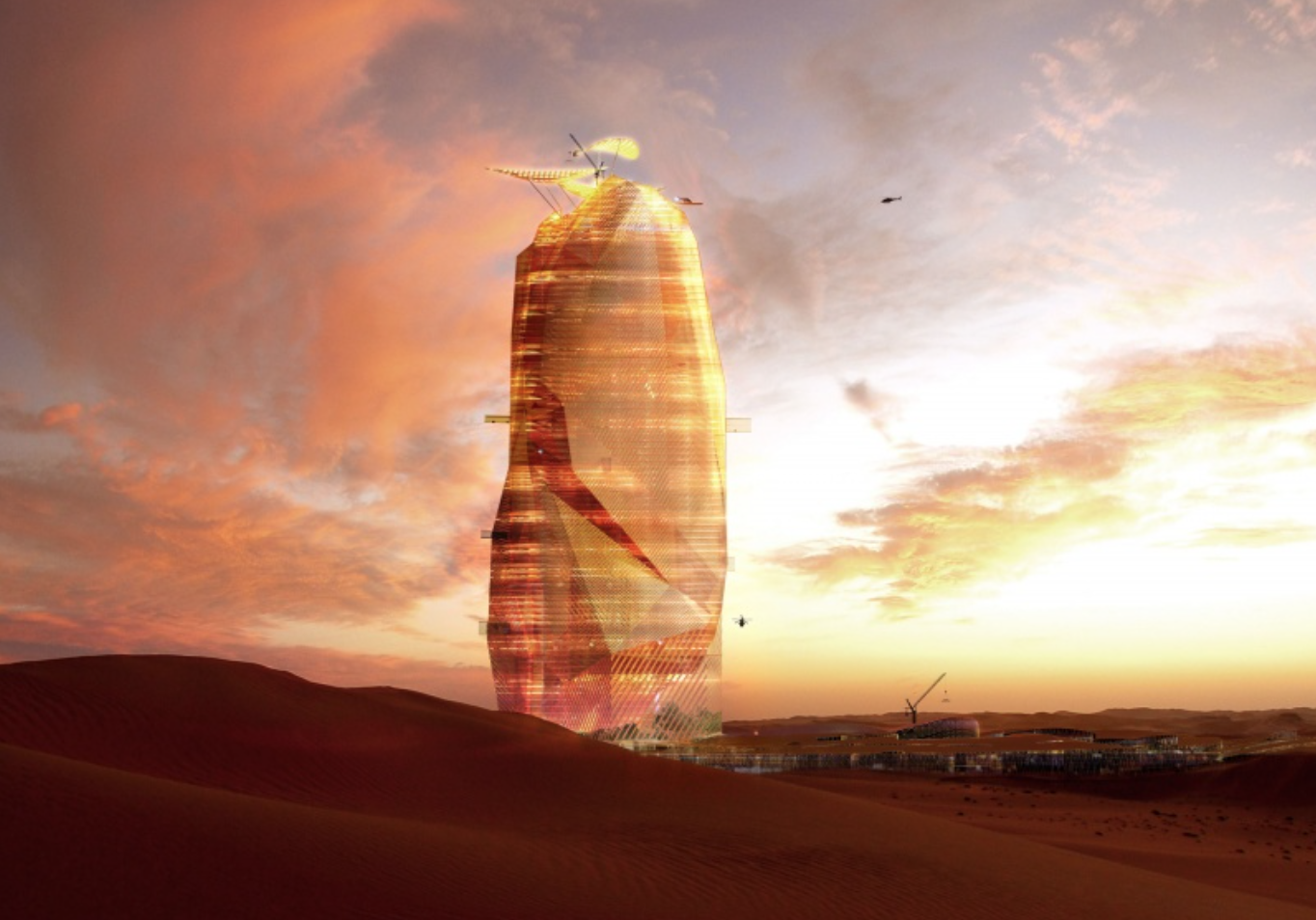 At 450 meters high, the 780,000-square-meter complex is designed to meet the demands of desert life. According to Design Boom, various spaces to "play, pray, and swim" highlight the upper floors where panoramic views are sweeping (although we’re not sure what can be viewed in a vast desert, aside from mirages and "simoom" sandstorms). However, the City Sand Tower illuminates at night.

If "30 Rock" attracts visitors to New York's concrete jungle, perhaps this Morocco mirage rock can attract desert dwellers. City Sand Tower is between a rock and a hard place, but it's still the biggest sandbox in the world.