Melbourne, Australia’s skyline is about to get a lot sexier. Singer Beyoncé—honored with platinum hits, Grammy Awards and lifetime achievements—will now be immortalized on a voluptuous, mixed-use skyscraper at 134 Spencer Street called Premiere Tower. 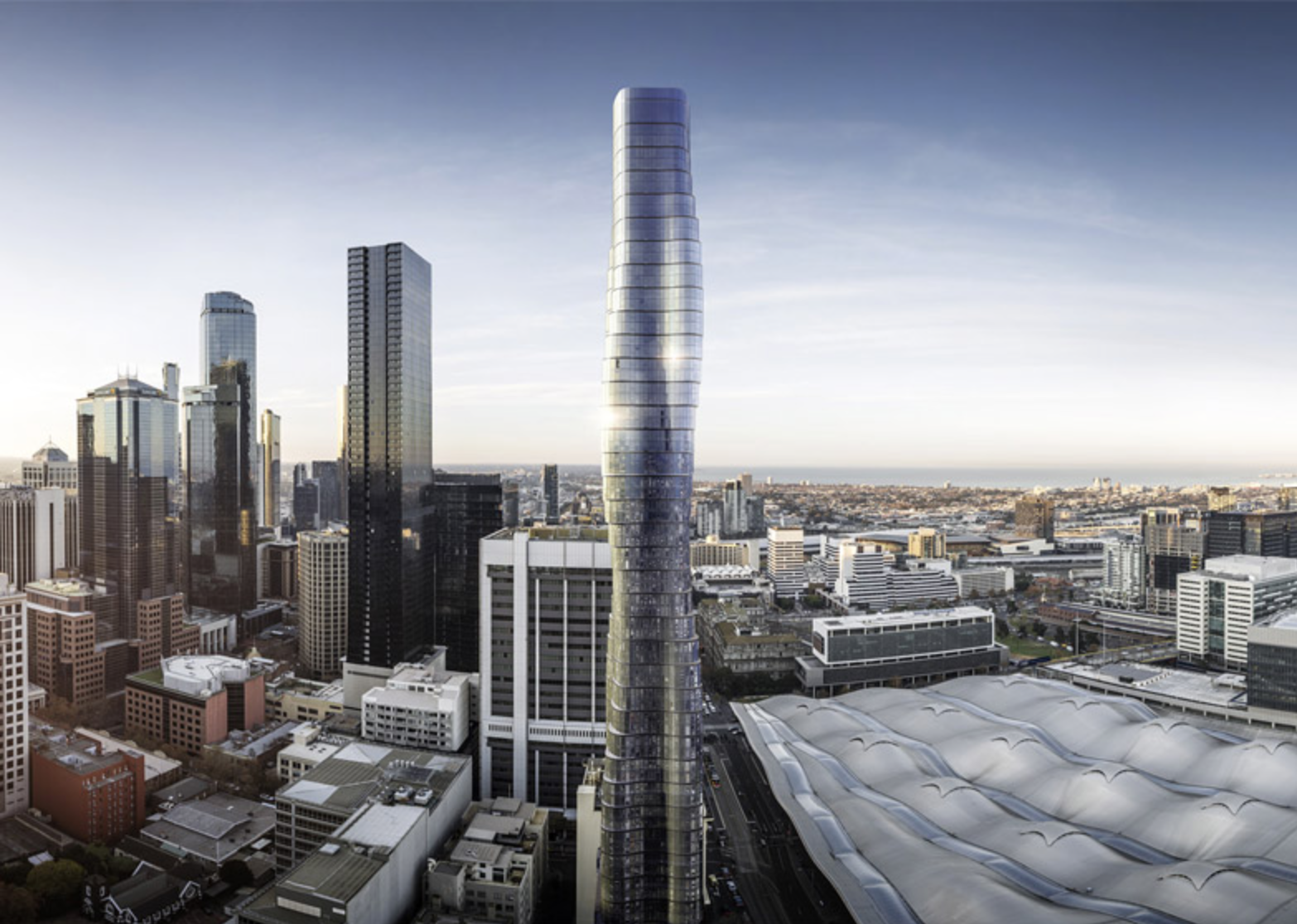 Yes, Beyoncé is still with us (well in her prime), yet her body and spirit will forever inhabit Australian firm Elenberg Fraser’s planned 741-foot undulating building inspired by the superstar’s fantastic figure, magically mimicking her famous curves. The recently approved shape-scraper pays homage to Beyoncé’s 2013 video Ghost, where billowing fabrics cling to the curvaceous bodies of the singer and backup dancers. Ghost hails from the pop star’s self-titled fifth studio album and the video was helmed by Belgian director Pierre Debusschere. 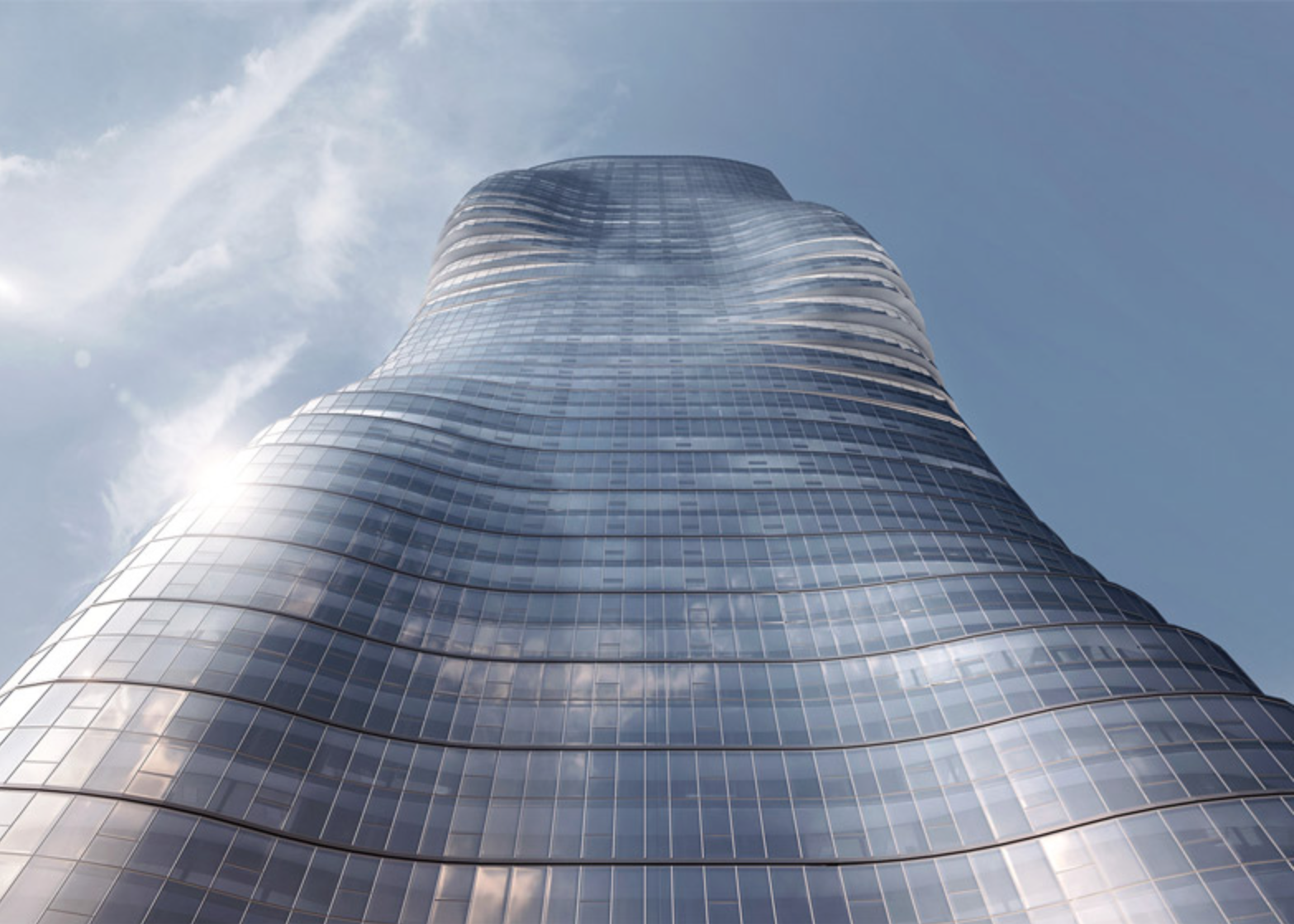 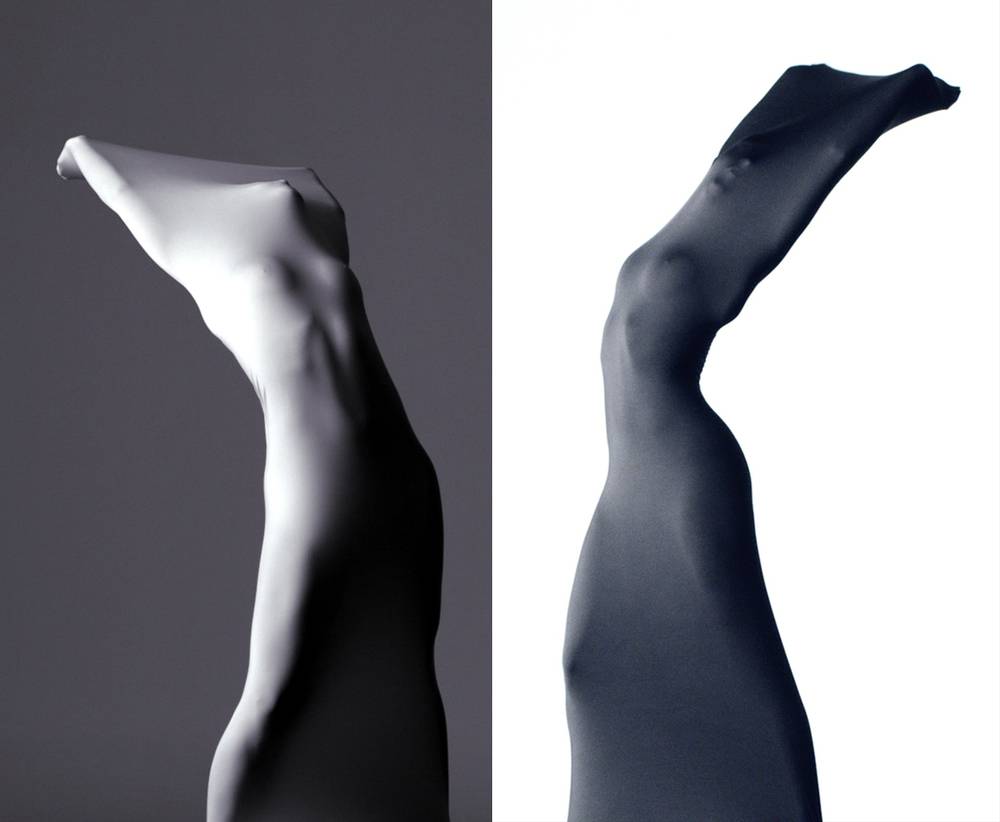 The Premiere Tower was inspired by the video for Beyoncé's 2013 song, Ghost.

We expected Beyoncé to be honored in bronze one day but in 68 stories of glass, steel and concrete? Even if you're Drunk in Love, Crazy in Love or Dangerously in Love 2, it was impossible to see that surprise coming. Perhaps Beyoncé is even more influential than we realized. What’s next: Beyoncé Airlines? We can see the 747’s luscious locks of hair blowing in the wind already. 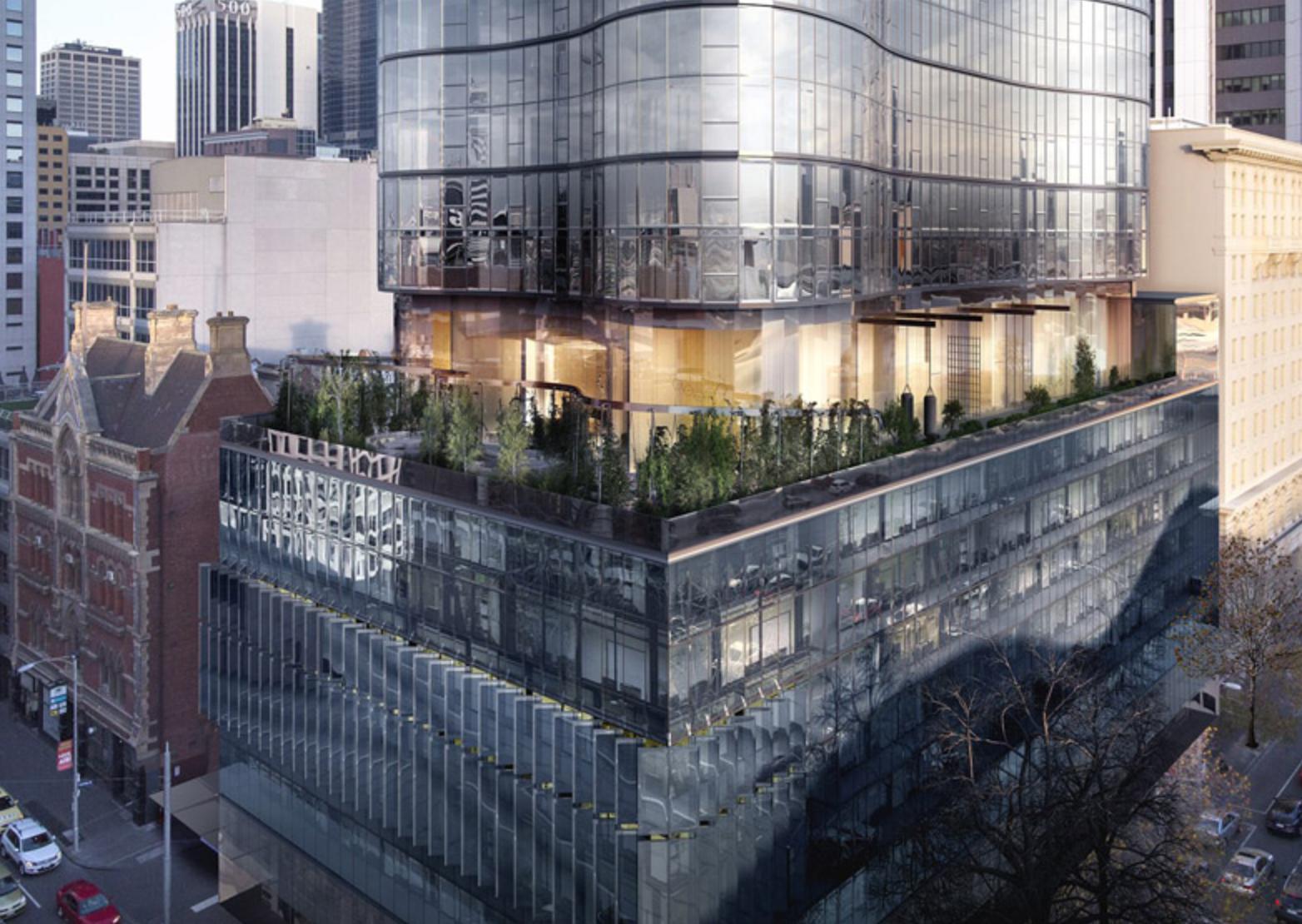 The mixed-used facility features a lounge, spa, pool and plenty of other amenities for all the Single Ladies. 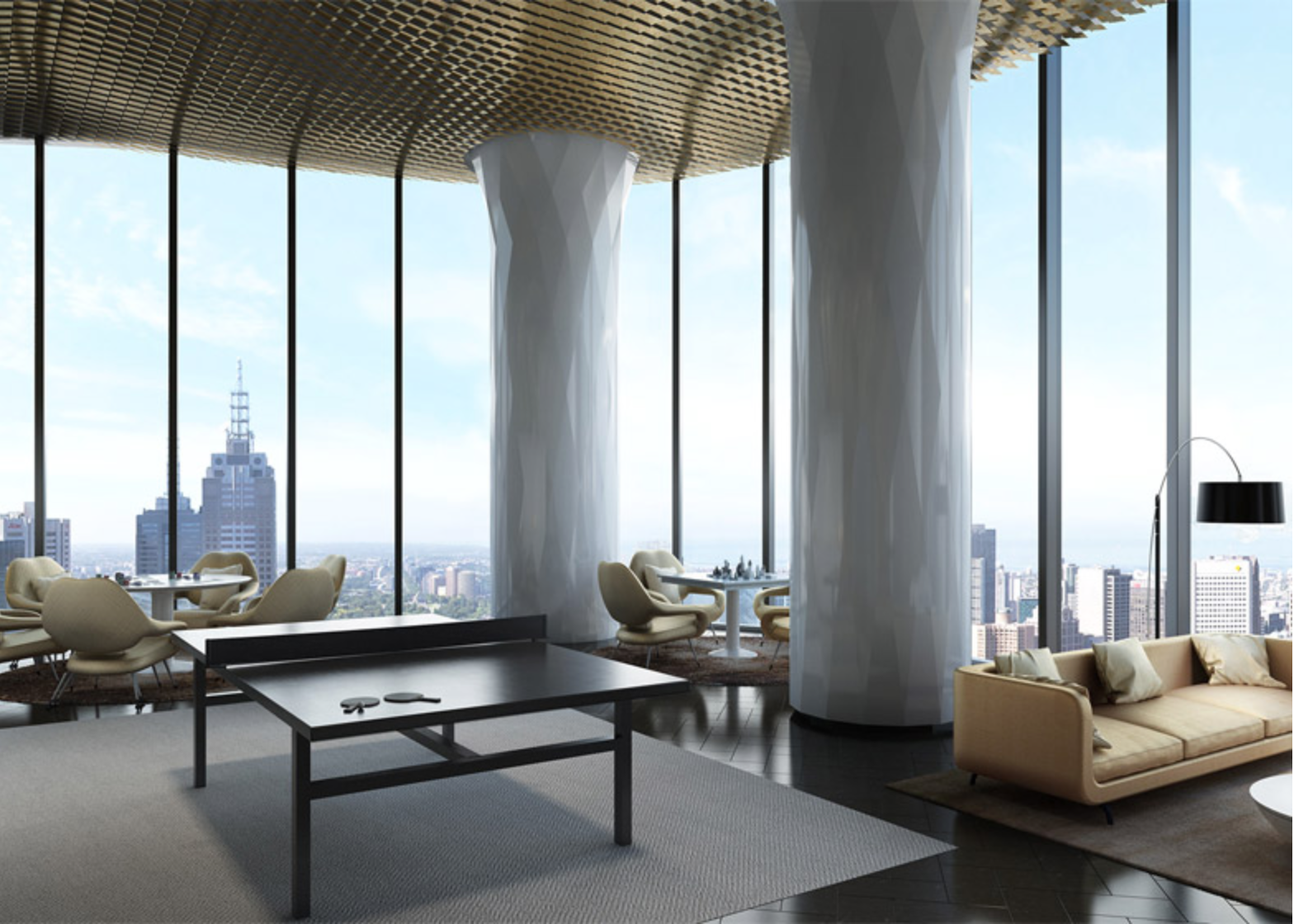 The undulating tower is 741 feet tall.

The recently approved luxurious structure (which will be one of Melbourne’s tallest) will stand high above the city’s central business district, featuring 660 apartments and a 160-room hotel over ground-level retail. There’s even a pool, spa and lounge area for all the Single Ladies (“all the single ladies”). The structurally sound building’s façade swells and curves in all the right places (simulating sinuous hips and waistline) aided by a parametric design process which created the unique and sexy form. 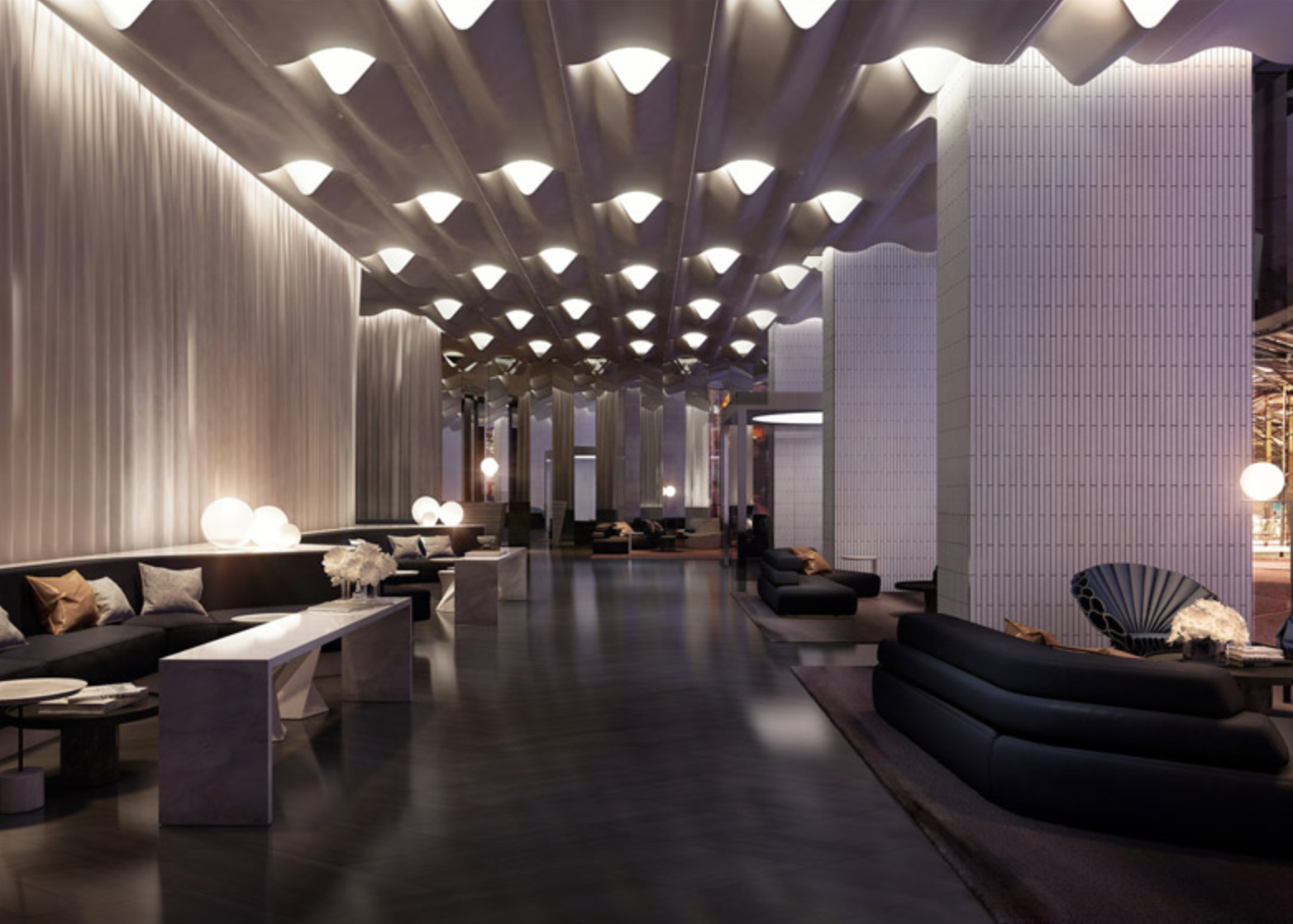 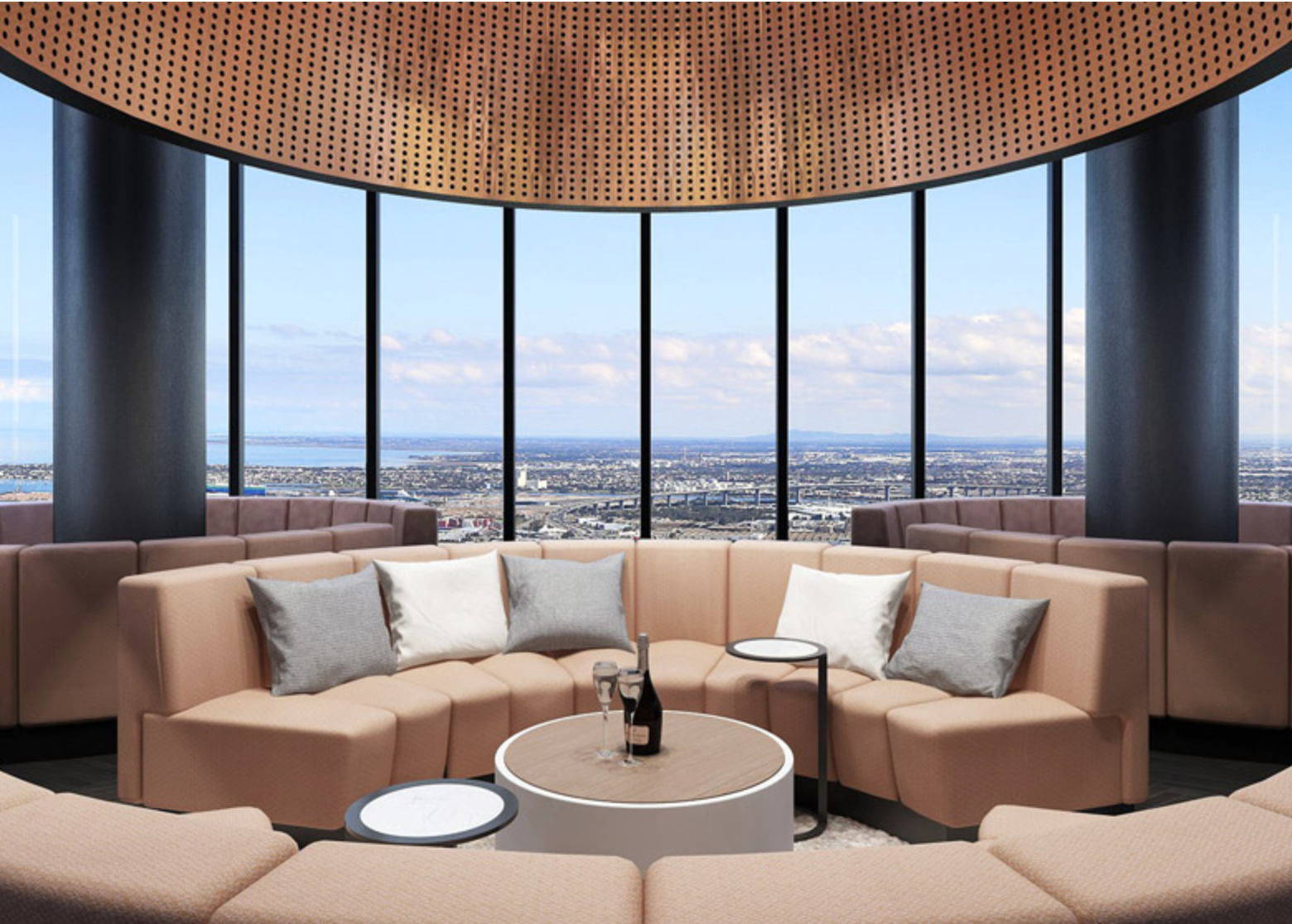 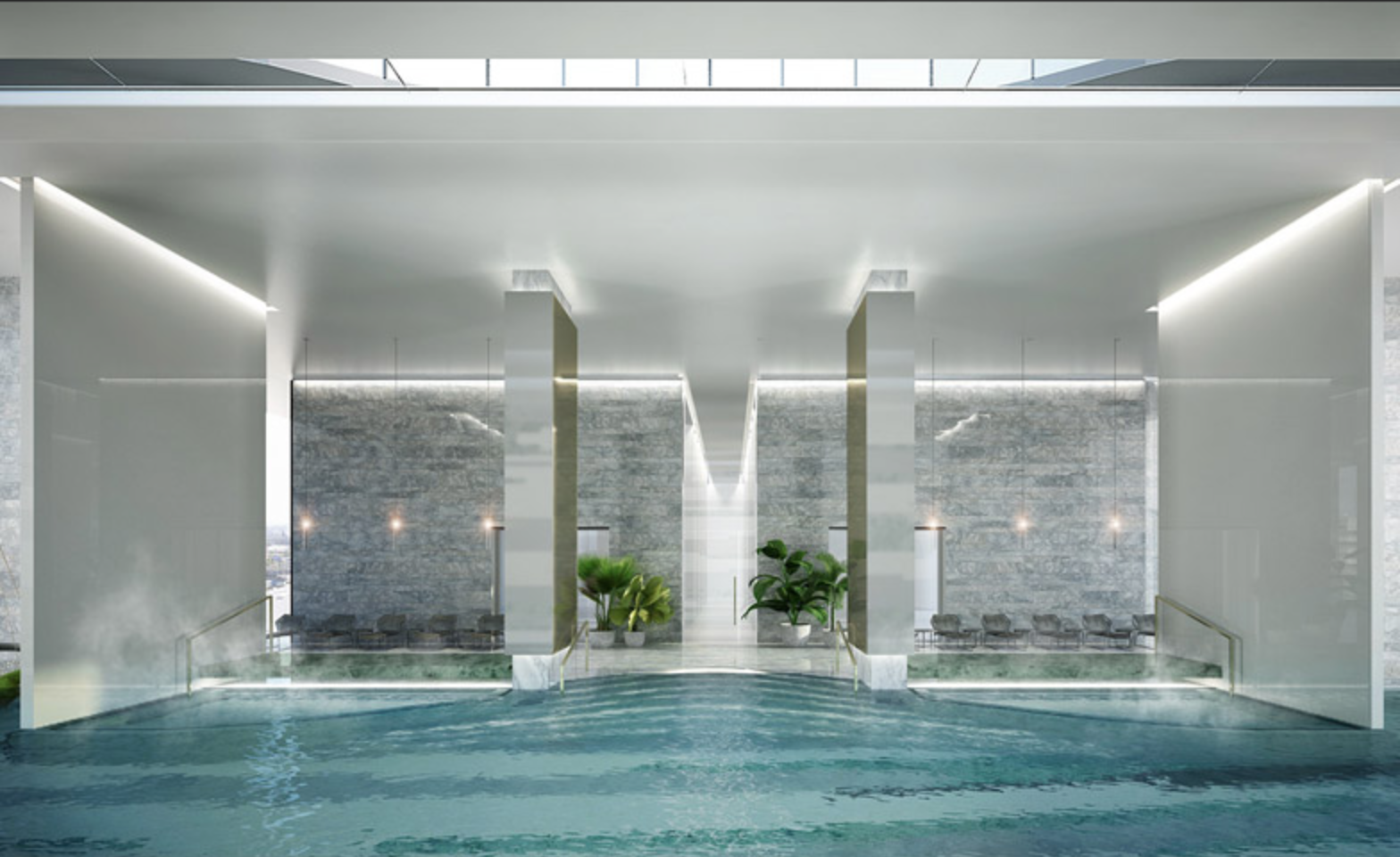 As with New York City's new shadow-casting megatowers, Melbourne planners raised concerns about the Beyoncé tower being excessive or intrusive to nearby Batman Park. But the power of Beyoncé usually wins out. What else would we expect from the singer of Get Me Bodied? Mission accomplished, Melbourne. 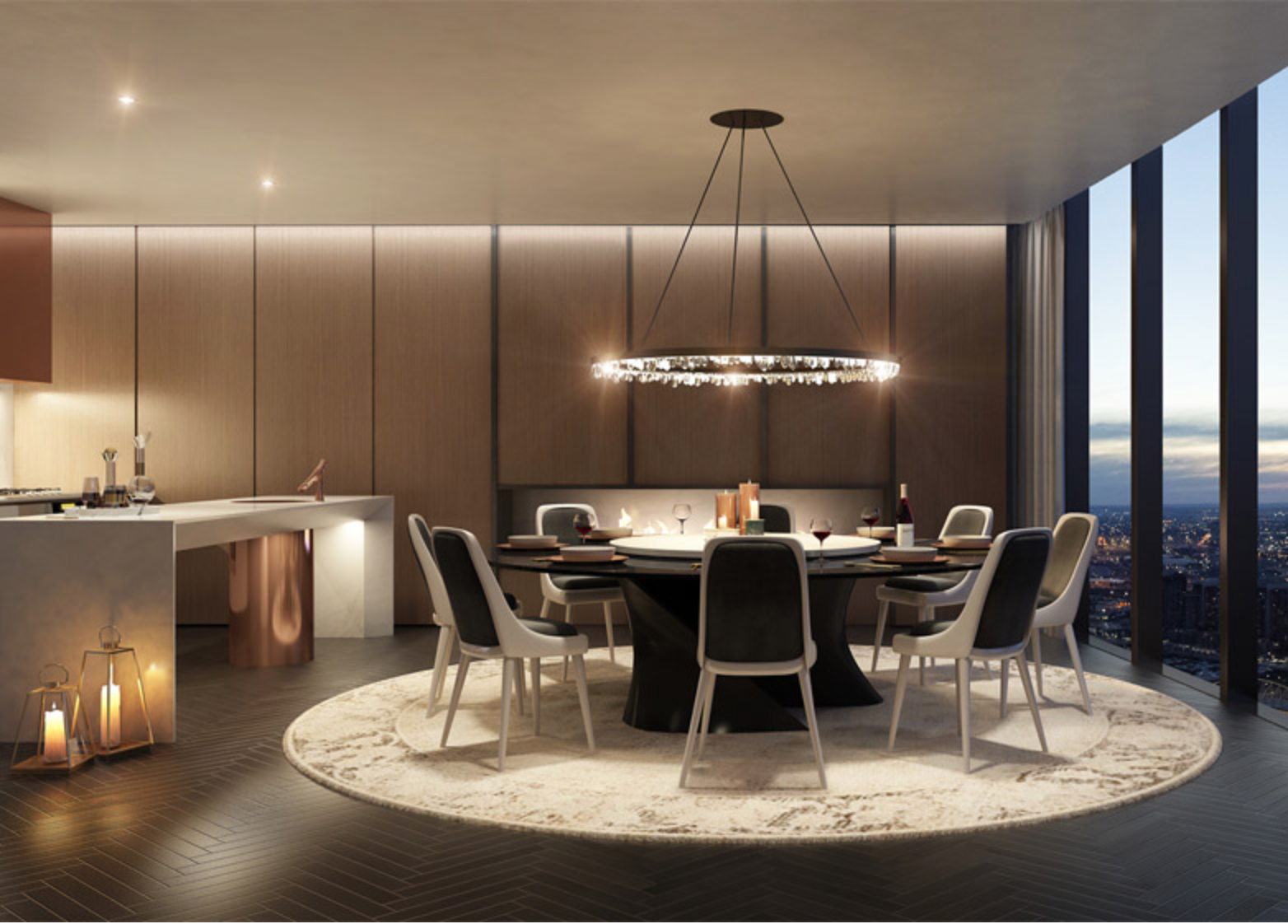 Interiors are as luxurious and attractive as the outer curved glass façade. 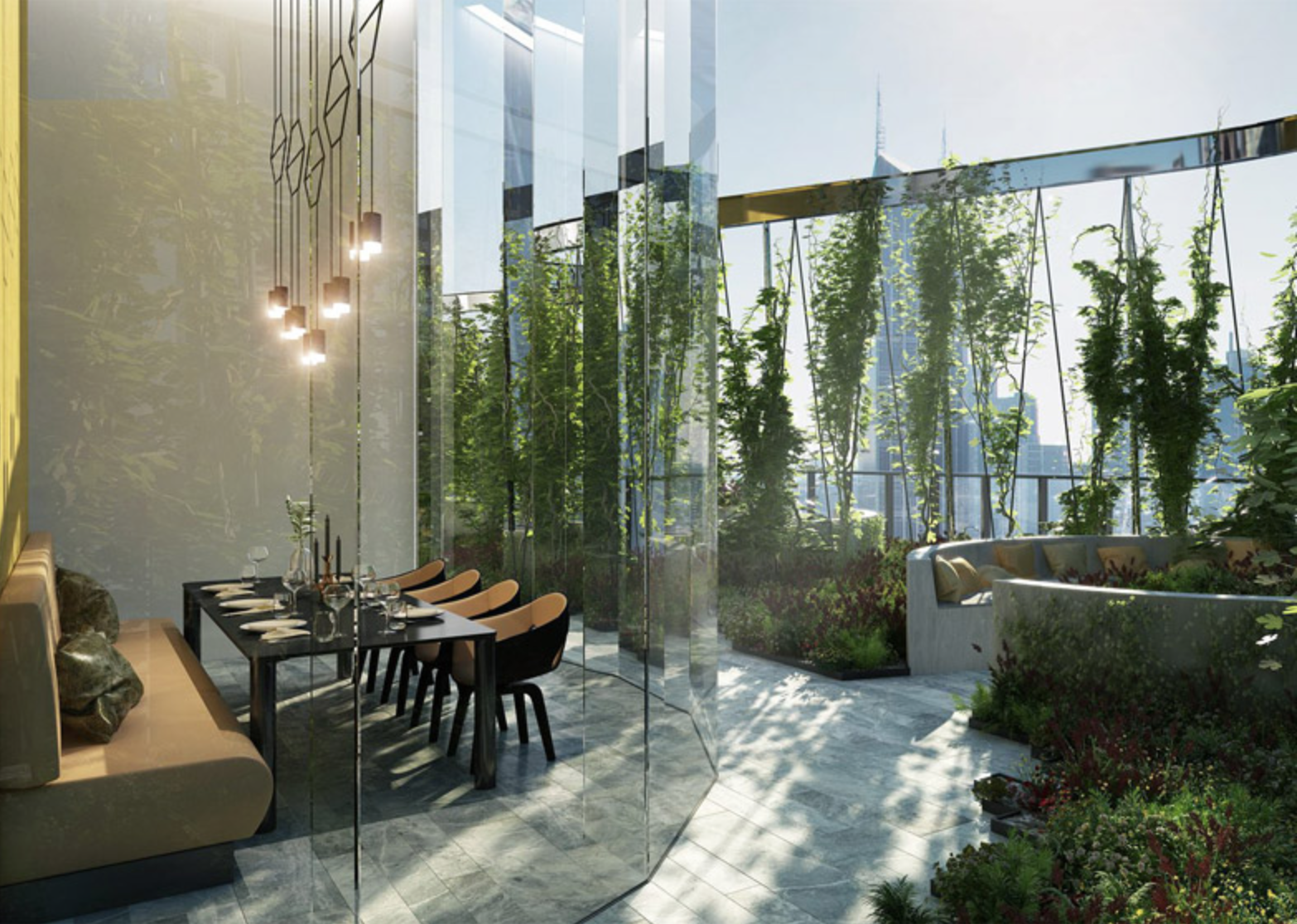 An outdoor terrace with green elements. 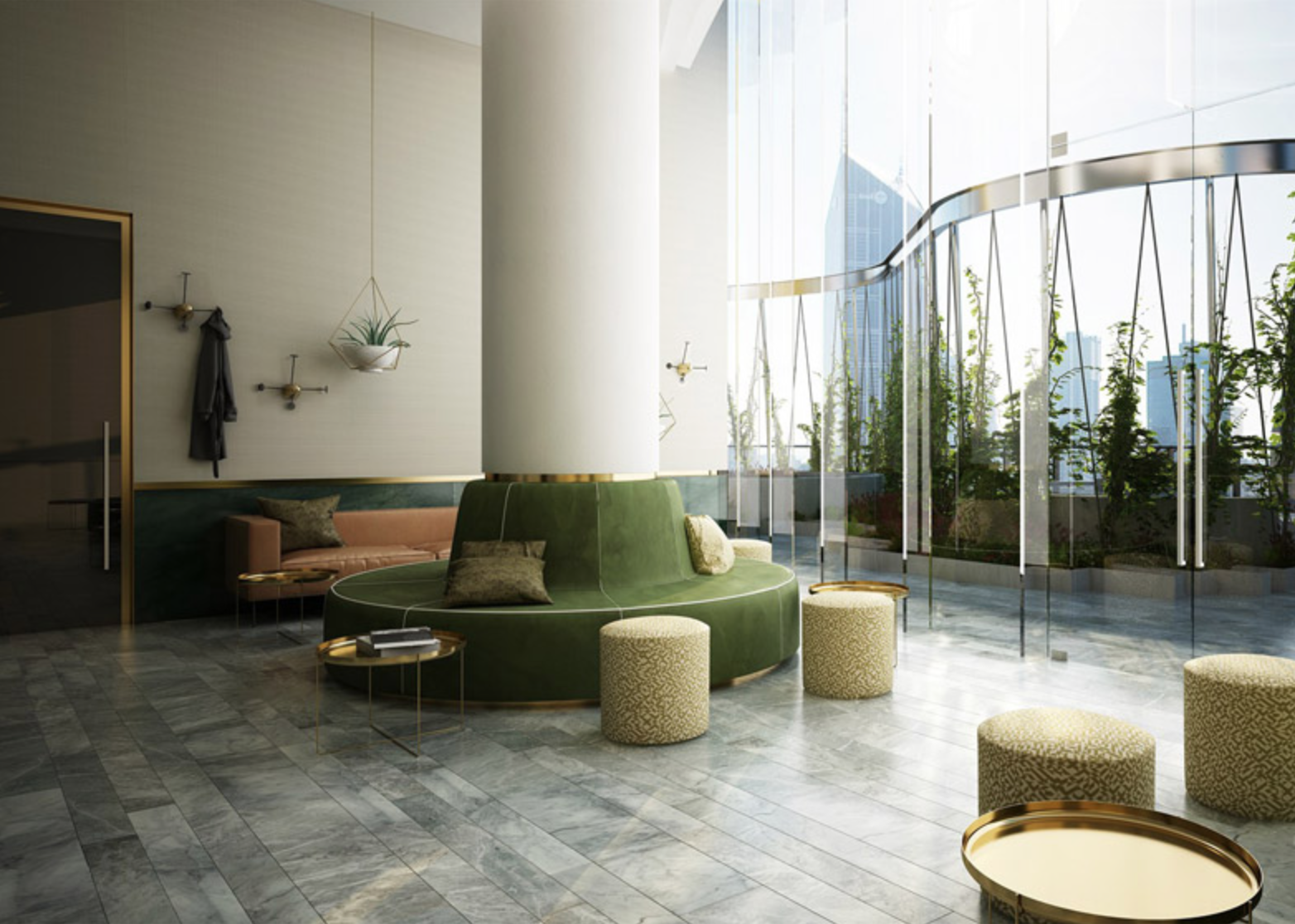 Premiere Tower will feature apartments, a hotel and retail.

Financed by Singapore real estate tycoon Koh Wee Meng’s Fragrance Group, the $260 million Premiere Tower will be the main act of the precinct’s redevelopment plan. The city plans a more self-sustaining urban design development that seamlessly blends with the precinct’s current heritage buildings. Premiere Tower will replace the Savoy Tavern (recently resuscitated in 2014 after nearly 20 years of neglect), which will be demolished in favor of Beyoncé—despite the fact that the singer has no involvement in the skyscraper plan. But she could likely get a free room if she tours Melbourne. 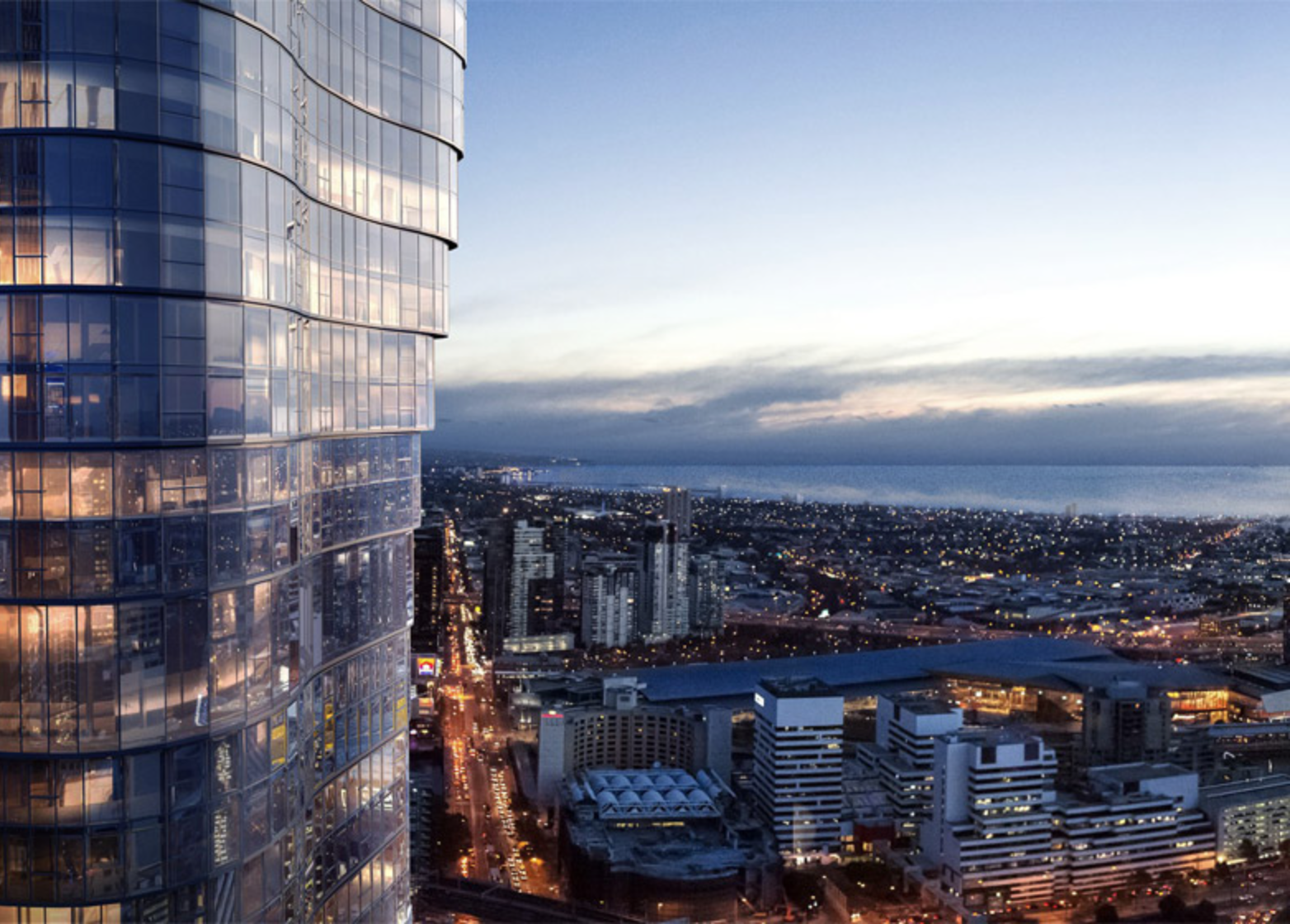 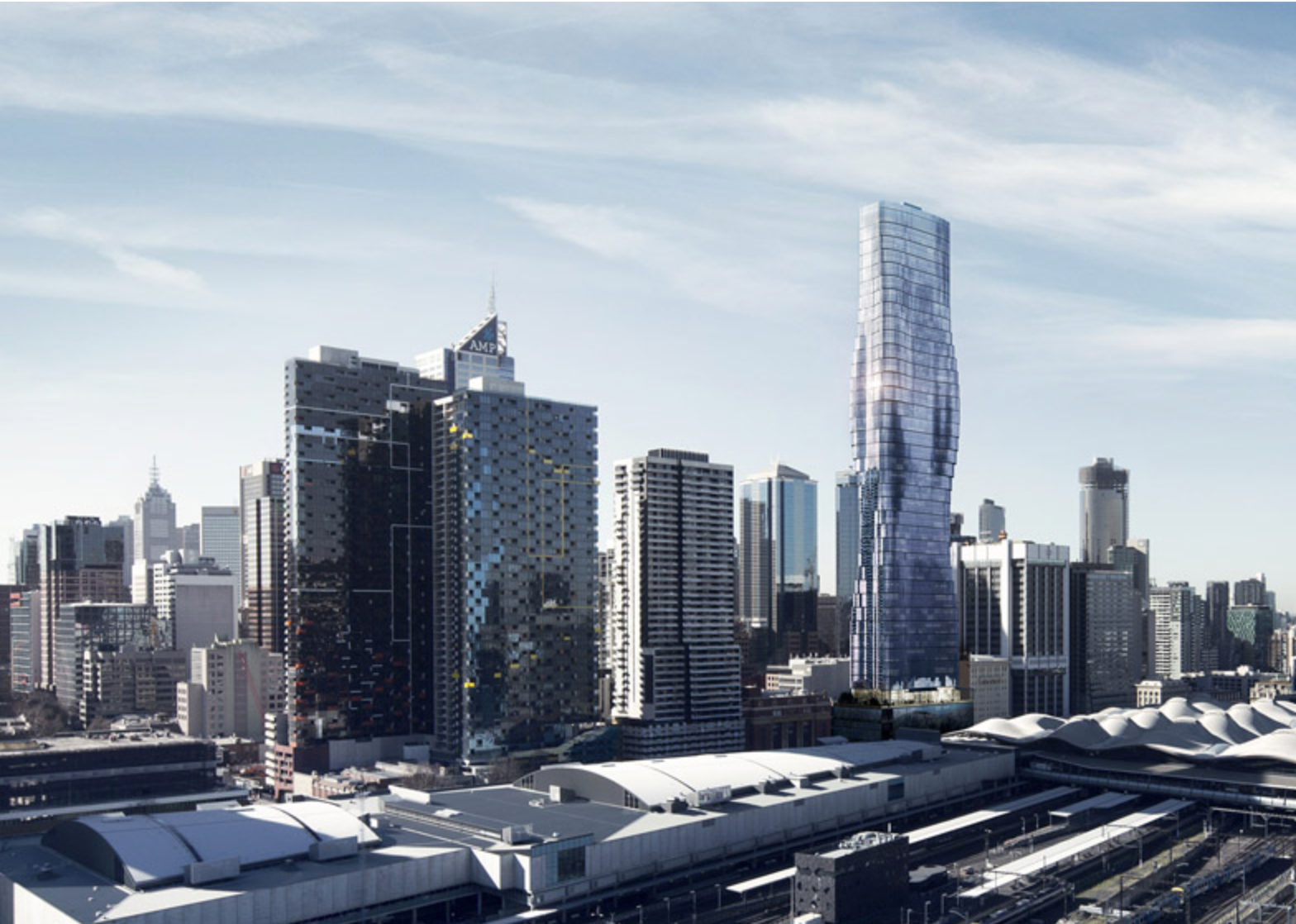 Premiere Tower will be a main attraction in Melbourne's planned downtown redevelopment.

With its familiar hips don’t lie figure (sorry Shakira), this shape-scraper appears a natural extension of Chinese firm MAD’s Absolute Towers, two twisted, hourglass-shaped skyscrapers in Mississauga, Canada, which locals nicknamed the “Marilyn Monroe towers.” Get ready Italy, Chicago and Mexico—Sophia Loren, Raquel Welch and Salma Hayek skyscrapers must be on the horizon (perhaps literally). These hipster skyscrapers are trending as monumental tributes to famous “bombshells” who will be forever immortalized beyond the stage and screen toward the heavens into sexy architecture. 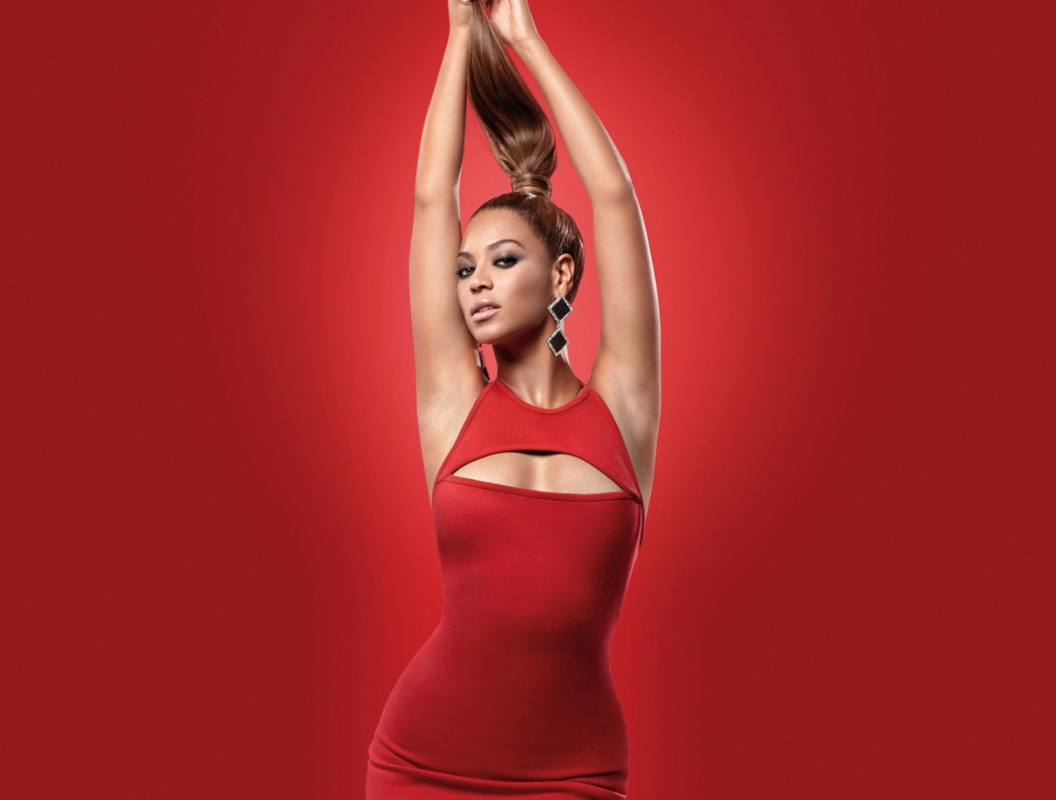